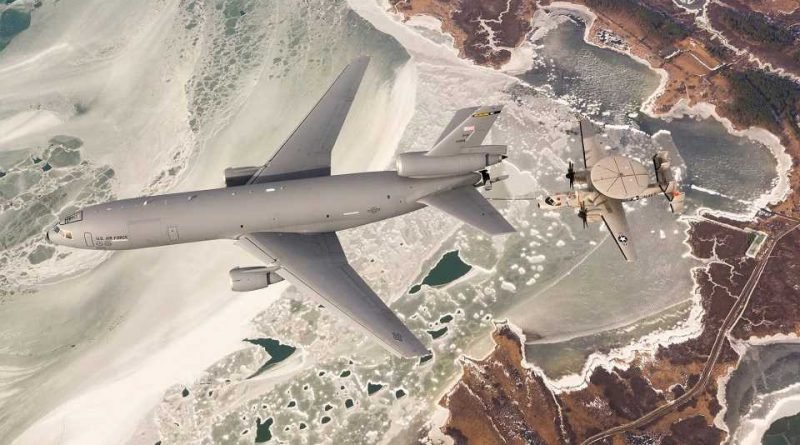 This week at the The War Zone has been somewhat E-2 Hawkeye themed as we published our big feature on what it is like to work aboard these fascinating aircraft acting as the eyes and ears of the carrier battle group from on high. So, it’s only fitting that we close the week out with this beautiful shot published by the Navy Air Warfare Center Aircraft Division (NAWCAD). It shows the latest and by far the greatest iteration of Northrop Grumman’s Hawkeye, the E-2D, testing out its new-found aerial refueling capability behind a USAF KC-10 Extender set against a near otherworldly and breathtaking backdrop.

The game-changing E-2D made its first cruise in 2015, but new capabilities for the aircraft continue to be put through their paces out of NAS Patuxent River in Maryland—the Navy’s master aircraft test base which is roughly equivalent to the USAF’s Edwards AFB in California.

The inclusion of aerial refueling capability has the potential to drastically boost the aircraft’s endurance, but for normal carrier operations, it will push its average mission time from around four to seven hours. This will allow Carrier Air Wings to get more out of these critical, low-density, high-value assets, but it may not be all that welcome to the Hawkeye’s crew.

The “Delta One” E-2D test aircraft pulls to a drogue trailed behind a KC-10.

The E-2 is not that comfortable of an aircraft to fly on as veteran E-2C Naval Flight Officer Craig “Slim” Picken described in detail in our Hawkeye special feature. He even mentioned how lucky him and his squadronmates were that the E-2C Hawkeye was not air-to-air refueling capable, stating:

“The Hawkeye is a very uncomfortable airplane.

The three Naval Flight Officers (NFO) in the back sit sideways for four-plus hours in a dark tube, on a de-armed ejection seat, with the nose of the airplane slanted 12 degrees nose-up. The vibration of the then four monstrous (now eight) propeller blades was loud and exhausting.

The air conditioning never worked well, either. Thus, the guy furthest aft always froze his ass off while the NFO closest to the radar boxes burned up.

There were five radios with constant chatter, 20 or more airplanes to control, and radar systems that required constant attention, and so on.

I was always thankful that the airplane didn’t have in-flight refueling capability. The torture was limited to five hours. A single flight was tiring. Two in the same day was exhausting!”

What will be welcomed by the E-2’s crews is the ability to get extra gas in case there is a long delay with being able to recover aboard the ship during “blue water” operations where there isn’t a divert airfield within the aircraft’s range. This added flexibility could even be lifesaving for the big carrier-based turboprop plane that is always the first to launch and the last to recover aboard the ship.

Northrop Grumman has begun to manufacture new E-2Ds with air-to-air refueling capability built into the airframe from the ground-up. This began with the 46th airframe out of the 75 that are on order. The first five equipped with this capability will hit the fleet in 2020. It isn’t clear yet if the Navy has moved forward with an initiative to retrofit the first 45 E-2Ds with probes and flight control modifications needed for aerial refueling—an upgrade that would cost roughly $6M per airframe. It costs around $2M more to get the capability built-into new airframes from the ground up.

This may seem like a lot of money, but considering the critical capability these aircraft provide and the cost of more frequent sorties from the ship and diverting to airfields ashore over the life of the aircraft, it really is quite logical. When combined with new tactics, it could also provide a much farther “look” for the carrier strike group for certain missions. As advanced networking becomes increasingly important to modern warfare, pushing the Hawkeye out farther over the horizon could also be crucial in anti-access and area-denial combat situations. The aircraft works as a central data-fusion and communications relay node for the air wing and is a key component of cooperative engagement capabilities (CEC).

This type of mission profile, and any mission in general in which the E-2 would need more fuel than what it can be launched with, will also benefit from the Navy’s upcoming MQ-25 carrier-based tanker drone. This platform will have ability to fly out hundreds of miles from the carrier and quench the Hawkeyes thirst.

An E-2C test an earlier rudimentary refueling setup back in 2012.

It’s almost a bit bewildering to think that the Hawkeye has gone this long, 55 years to be exact, flying from carriers operationally without aerial refueling capability. The concept has been in the works for years now so it’s great to see the Hawkeye community finally getting the investment it deserves.

Now let’s talk about getting some more comfortable seat cushions and maybe an actual airplane toilet. 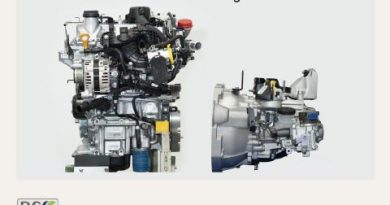 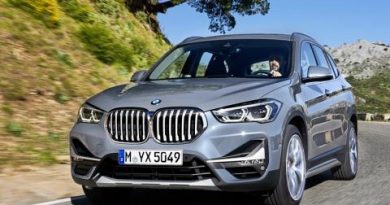 All-electric variants of the BMW X1 & 5 Series on cards 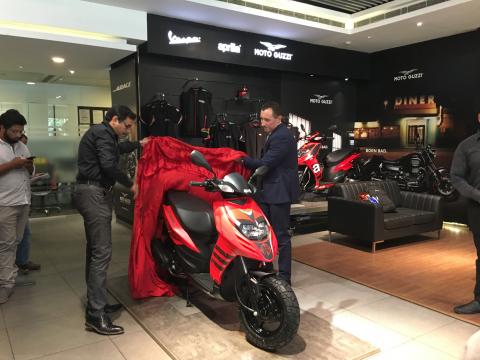