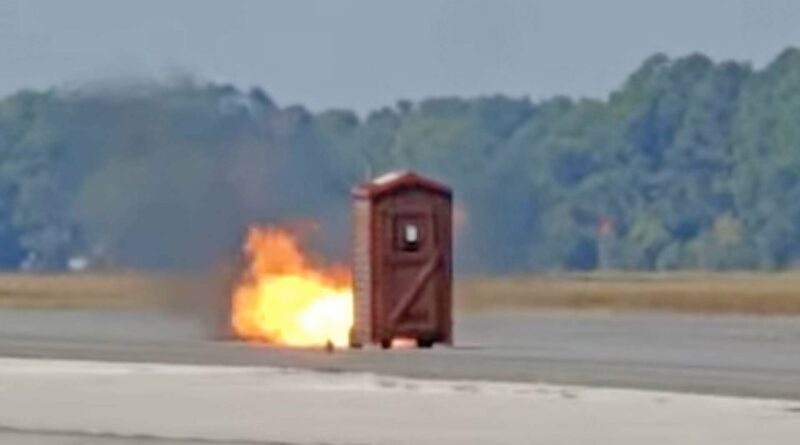 The best thing about world records is that you can just make one up, and people will consider it worth beating, even if it’s for drinking a whole bottle of ketchup through a straw. We do this all the time in motorsport; records are endlessly subdivided by a vehicle’s number of wheels, its street legality, propulsion type, bodywork, the surface it raced on, and so forth. Setting a new record is as simple as making sure your car doesn’t fit any preexisting category, like a former IndyCar and NASCAR mechanic did when he built what’s considered the world’s fastest jet-powered outhouse: The Port-O-Jet.

This contraption was constructed sometime in the early 2000s by one Paul Stender, whom Autoblog identifies as a former race mechanic, and who’s apparently known in some circles as “Jet Car Paul.” Metro reports he built the machine in a week’s time on an inflation-adjusted budget of under $10,000, utilizing a go-kart chassis, some scrap tubing for reinforcement, and a fake wood Country Classic outhouse for the body per Popular Science. Operating the outhouse required installing a twist throttle and hydraulic handbrake as well as extending the steering upward to a pair of handlebars. Of the driving experience, Stender unsurprisingly says it “drives a bit like an outhouse.”

But cornering comes second to straight-line speed, for which the outhouse was outfitted with a military surplus jet engine, specifically a Boeing T50 (or Model 502) turboshaft from a Navy minesweeper. Before you ask, no, it doesn’t run on natural gas; it burns JP-4 jet fuel and produces 300 shaft horsepower. More important, though, is the hundreds of pounds of thrust it generates with its JP-8 afterburner, which according to Stender can push the outhouse up to 70 mph with a tailwind and onto a 31-second quarter-mile.

As such, the Port-O-Jet is sometimes regarded as the world’s fastest outhouse, and though that’s not (yet) a record officially tracked by Guinness, we haven’t found anyone claiming the contrary. It would seem people aren’t building a lot of jet-powered outhouses for obvious reasons, and instead—in the case of Stender’s friend Tim Arfons—prefer jet-powered bar stools. Stender acknowledges having raced his outhouses against Arfons’ bar stool four times, and he came away the winner twice. Sounds like we need people to build a bunch more jet cars like these so they can set up a league, and offer a form of barstool sports worth consuming. 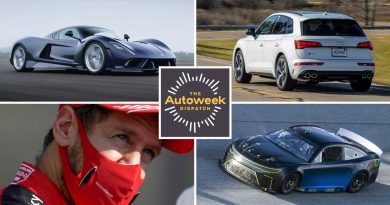 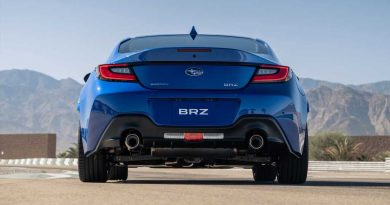 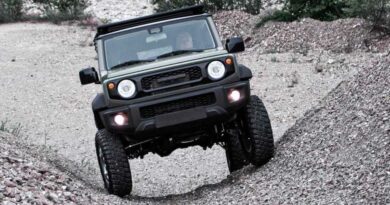 Suzuki Jimny on Portal Axles Has a Crazy 15.7 Inches of Ground Clearance