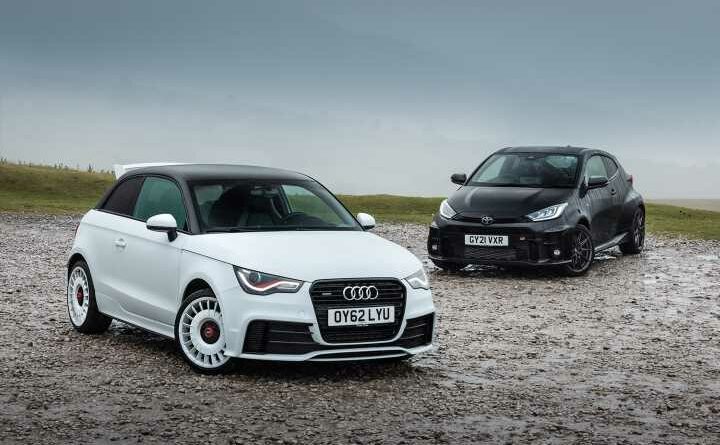 When people talk of the stars aligning for a great drive, it’s typically more glamorous than this. Think V8 saloons on the autobahn, supercars at racetracks, coastal cruising in convertibles, that sort of thing. Not superminis on a rainy Tuesday. But, to folk like us at least, the GR Yaris and A1 quattro are not the average pair of superminis – not with eight driven wheels and more than 500hp between them. They couldn’t be better suited to wet, windy, craggy Welsh B-roads, really. But which is better-suited to the task?

Though lacking the direct homologation link of the Toyota, the Audi was undoubtedly built with at least rally heritage in mind. Why else go to effort of making an exclusively front-drive A1 with a torsion beam rear end into a limited-run flagship, with all-wheel drive and newly independent rear suspension? Sure, all the work here was ahead of a series production S1 – even Audi doesn’t have the money for 333 cars with more than 600 changes from standard – but it feels like four driven wheels had to happen for a quick A1. As did the quattro badge. As did a launch with Stig Blomqvist. Because history.

Like the Toyota is now, in fact, the Audi was like nothing else in its segment: more powerful, more sophisticated, and more expensive. The UK would get just 19 of the 333 quattros made, and if £40k seems a lot now it was madness for a hot hatch a decade ago – this was the time of the Mini GP2, and nobody was really over that costing almost £30,000. Similarly, the GR Yaris is more the than front-drive opposition, with nothing else really comparable for the money. Moreover, the very limited-run GRMN aside, Toyota really hasn’t done crazy fast, very small hatchbacks before – Audi certainly hadn’t prior to this, either. And certainly never will again. Here’s a Toyota Yaris and an Audi A1 brimming with enthusiast kudos, exclusively offered with three doors and manual gearboxes, capable of 0-62mph in less than six seconds at twice the price of the standard offerings. They’re properly lovable little oddballs. Hot hatches that couldn’t be more up our street, and the opportunity to compare them – even with the age gap – was too good to ignore.

The GR Yaris and A1 quattro are incredibly close on paper, too. The old Audi makes 256hp and 258lb ft from its 2.0-litre four-cylinder turbo; the Toyota produces 261hp and 266lb ft from its 1,618cc triple. The A1 quattro officially weighs 1,300kg DIN, with the Yaris rated at between 1,280kg and 1,310kg. There are just two tenths between their 0-62mph sprints, less than 10mph difference in their top speeds, and a solitary mile per gallon in their official fuel economy figures. For such rare-groove hot hatches, from very different manufacturers, a decade apart, you could hardly wish for a better-matched pair.

Even with the rain coming in horizontally, it’s no hardship to get soaked gawping at the A1 quattro. From those red-accented headlights and chunky exhaust tips, to its pugnacious stance, it’s rally homage perfection. If anything, the A1 is too overt for a fast Audi product, yet all the better for it (remember, this was built by Audi itself, not Audi Sport that makes the RS cars), with those stunning turbofan-style wheels and chunky rear spoiler still ramping up the attitude all these years later. Any colour other than white just wouldn’t have worked for the little Audi that so desperately wants to be a rally car.

On the road, it’s a surprise to discover just how focused the quattro is, riding firmly and with an exhaust as loud as it looks. Which is spot on for a small hot hatch, if at odds with the Audi badge. Similarly, there’s absolutely nothing to configure (even the production S1 got two-mode dampers); it’s just you, skewed to the right on the wrong side to reach the pedals, a gratifying manual gearbox and even a brake pedal that’s firm and progressive. The quattro is undoubtedly still an Audi (because the interior remains a model of clarity) yet also very much a raucous and rorty hot hatch – it’s odd to have the two together. But very welcome.

It feels right at home in Wales. The steering actually delivers some sensation, which makes placing the little bruiser a real pleasure, and the gear ratios are just about exploitable enough to make the most of its burly performance. As with the S1, the A1 quattro feels like it has an engine larger than it should (in a good way, not the nose-heavy, big-engined-Audi way), always able to go faster than the situation requires. This car actually uses a different engine to the S1 (the older EA113, instead of the EA888 that’s still in use today), which plays well to its old-school character: more lag means a greater feeling of turbo rush, fizzing around to 7,000rpm with a gravelly, authentic blare that’s so vastly preferable to any augmented nonsense. Far from a cynical cash-in-on-heritage, the quattro undoubtedly still feels the real deal, like engineers made the 150mph A1 they really wanted to and not – as it can sometimes feel with an Audi – the car that would sell best to talent acquisition specialists.

Time has caught up with it in some areas, however. Just occasionally those passive dampers can’t keep up, letting bigger bumps crash through or losing body control in quick changes of direction, right at the point where you need total confidence. This still feels a better-riding car than a new S3 without DCC, but its limits are exposed somewhat by the opposition here. Same goes for the Haldex all-wheel drive itself; what a shame the A1 quattro couldn’t have been made now, with VW’s torque vectoring rear axle, rather than toting an all-wheel drive that stubbornly refuses to abandon the front end. On occasion, all four wheels will dictate where you’re going, but 99 times out of 100, the A1 is being dragged out by its front end.

Which doesn’t sound like the end of the world, until trying the same thing in a Yaris with GR-4 all-wheel-drive. This is what fast and four-wheel drive should feel like, with attitude dictated by the driver rather than hardware. Even in these conditions the little Toyota isn’t what anyone would call lairy, but undoubtedly what the driver does with the wheel and the pedals has more of a say than in the slightly prescriptive Audi. Helped, of course, by variable torque distribution that can send up to 70 per cent of the torque backwards. That’s in Sport mode; Track makes it 50:50 and Normal has 60 per cent going forwards. It’s the kind of lightweight system the Audi – and so many similar cars – would benefit enormously from, with all the advantages of four driven wheels and precious few of the drawbacks. As is the Japanese rally rep way, of course.

Typically with these comparisons, it’s the older car that feels friskier, lighter, a little flimsier and far more alive, but not this time around. The GR’s doors feel half the weight of the A1’s as they slam in the gale, and the Audi’s lovely, knurled metal climate control dials make the Toyota’s look 20-years old. It’s only the larger infotainment screen – creating that daft letterbox view with a tiny gap between it and the rear-view mirror – that makes the Yaris seem more modern. Which wasn’t entirely expected. Even on the left-hand side, the Audi remains a nicer (and much lower) place to sit.

But if the Yaris is redolent of old JDM heroes in having a low-rent interior, then it also evokes that glorious past with a thrilling drive. There’s not a new car out there – nor many older ones, come to think of it – that would have better suited the test conditions; compact dimensions, bundles of power and immense traction ensure rapid progress and a good amount of fun, too.

Everything the A1 seemed to do well, the Yaris improves on. Which is what new cars often do, of course, empirically and objectively, but the Toyota does it from an emotional standpoint as well. The G16E-GTS engine is superb in the way it revs so freely – it makes the Audi’s feel ordinary by comparison. New combustion engines aren’t meant to be this exciting and engaging. With a wild specific output, unique soundtrack and a positive, mechanical gearchange, the GR’s powertrain could have come straight from 2001. It even needs servicing every 6,000 miles, just like the good old days.

But in combining some good old-fashioned Japanese 4WD fun with modern amenities, Toyota has created an icon – the presence of a very good fast Audi has only heightened that impression. As the A1 gets fuzzy and muddled towards its limits, so the Yaris just keeps delivering: mighty brakes, faultless body control and immediate steering. Short ratios, sharp responses and the urgency of that engine can make the Yaris seem initially a bit frenzied and nervous, but its complete lack of inertia (bar the old school lag) soon makes sense. It becomes the GR’s most endearing facet. Even a similarly sized Audi is made to feel much heavier and more lethargic by the insatiable effervescence of this brilliant little Toyota.

Which is saying something, really, because the A1 quattro is a gem. Making so few of them (and asking so much) has always rendered it an outlier, but the older engine and the passive suspension make it more interesting than merely an S1 in Stormtrooper get up. By the standards of its maker, the quattro is raw and unyielding; always up for it even if you aren’t by dint of the noise and relative firmness. But at least that ensures a distinct personality, one that Audis with much more horsepower than this have lacked. It’s believed that just 11 remain in the UK, and you suspect owners are very happy with their quattros as a collectable asset. Not just that, though. Also as great driving devices and one of the best-looking hot hatches ever.

But it really is no GR, and that is a surprise given how closely matched they are on paper. It conforms to no expectations whatsoever, combining the best of the old – lightweight build, small dimensions, memorable turbo engine – with all that’s required of a car in 2022. In doing so, Toyota has created a modern marvel, which you probably knew already; this test has only made the point more emphatic. And there are more than 19 of them. And they’re not £40k. The A1 quattro is a great fast Audi; the GR Yaris is great full stop. If you can get one, then you must – and hope it rains every single day. 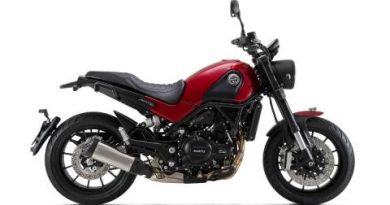 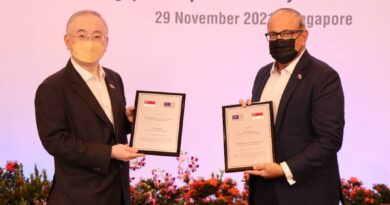