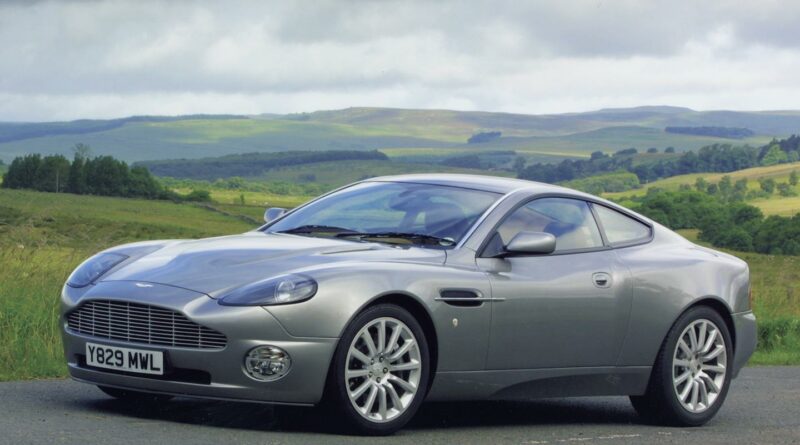 The world was a very different place in 1998, and that goes double for Aston Martin. Back then the DB7 was still soldiering on with just six cylinders, the Vantage was likeable but chronically outdated, and… well, that was kind of it. Then came the Detroit motor show, and an introduction to a completely different Aston era: with a new V12 engine, an aluminium tub, composite panels and an automated manual gearbox, Project Vantage was jaw-dropping preview of a 21st century Aston Martin flagship. Three years later that became a production reality with the original V12 Vanquish.

Now here we are, fully 20 years since the first one was made. Aston Martin seems a little unsure of the dates, issuing a release today that marks two decades since the Geneva debut (which was March 2001) – but, frankly, any excuse to talk about the Vanquish is one to seize. Paul Spires, President of Aston Martin Works, said of it: “The original V12 Vanquish represented an important and timely development for our marque. It was, and is, a great super GT with all the character, style and power that is rightly expected of an Aston Martin sports car.” We couldn’t agree more. Even with the iffy gearbox. So here’s the brief V12 Vanquish history lesson, with just a little bit of temptation from the classifieds…

The original V12 Vanquish had 460hp from the 5,935cc V12, elevating it above the 420hp DB7 Vantage that used the same engine thanks to new inlet manifolds, cams, valvegear, crank and exhaust. Buyers were offered two or 2+2 seating arrangements, but only one gearbox: an F1-inspired automated manual that, even by the modest standards of the era, wasn’t tremendously good.

Still, the Vanquish looked superb – never more so than in Die Another Day – the interior was a seismic leap forward for Aston and it sounded glorious. Now those early examples are available for just £55,000 if you’re willing to take on an eight-owner car; we’d probably spend a bit more on one, this V12 Vanquish benefitting from an Aston Works recommissioning in 2019 and a main dealer service just 200 miles ago. For £64,000, you’ll never, ever look cooler.

In typical Aston style, the V12 Vanquish S that arrived in 2004 was really the car the standard one should have been from the start. Power was upped to 520hp, meaning a 200mph top speed (and some distance to the DB9), but the more important were the revisions to the chassis and steering, with stiffer springs and dampers, new geometry and uprated brakes. The more favourable reception of the S is reflected in the values, as there isn’t one available for less than £90k; only one, barely-driven standard Vanquish commands that sort of money by comparison.

What stunning ways they look to spend the money, though; this Toro Red S was the Aston press car (as seen on Top Gear) and is being sold by the dealer who supplied it to its last owner. Or this Mercury Silver Vanquish S, with only a thousand miles a year driven since 2006, is being offered at £120k.

Above that sit the very best V12 Vanquishes. In response to the gearbox criticism, Aston Works launched a manual conversion. It wasn’t cheap to do, at around £15k, but was very well received; “a change that transforms the car” was the PH verdict. Around 130 cars of the 2,589-unit production run have had the work done so far, with 10 a year typically completed. In our humble opinion a manual S is the ideal Vanquish, as even the good automated manuals feel old hat nowadays, with values reflecting that status. This one is from the last year of production, has covered just 13,000 miles and was reupholstered in beige a few years back “by Aston master trimmer Jean” – apparently the owner in 2015 was willing to wait for her Midas touch. It’s yours for £134,995…

As such a significant car in Aston history, the V12 Vanquish was assured a fond farewell. That came in the form of the Ultimate Edition; just 40 were made in Ultimate Black, with numbered plaques and even more leather. (It’s not clear whether Jean was involved with every car.) Nearly a decade and a half from launch, the Ultimates are highly prized – this one, especially rare as a right-hand drive car, is £200k. But some might argue there hasn’t been a better looking (or sounding) Aston Martin since 2007 – classic status is guaranteed. 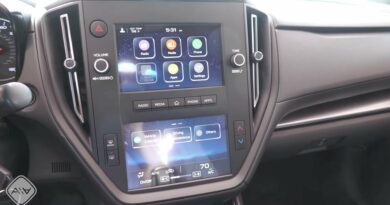 The 2022 Subaru WRX's Base Infotainment System Is Pretty Bad