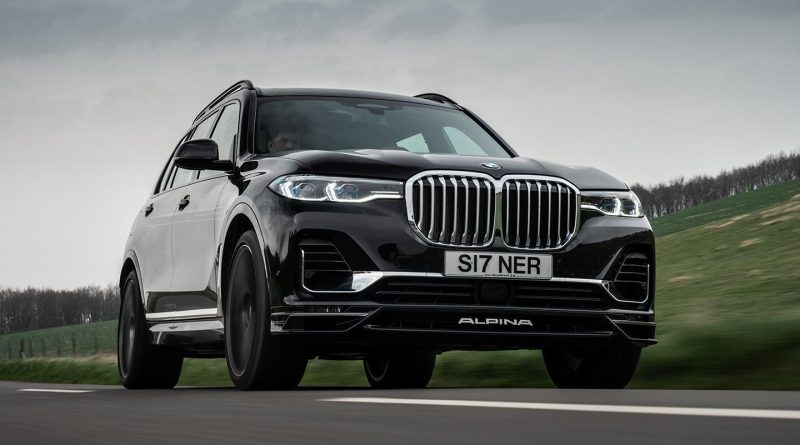 The XB7 weighs the best part of three tonnes and has 621hp. Shock, meet awe

With BMW itself never likely to build a truly preposterous version of its X7 SUV flagship, that honour (or burden, depending on how you view these things) falls to Alpina. Despite all the strange goings on in recent times over in Munich – the odd styling and the weird social media output – it does seem as though an X7M would be a nonsense too far even for BMW.

It builds the X7 M50i, which hardly appears impotent by SUV standards with 530hp from a twin-turbocharged V8. But these second-tier M Performance models have never felt as wantonly over-powered as their full M-car brethren. For that, we travel an hour west of Munich to Buchloe, where we find Alpina. Taking the X7 M50i as its starting point, Alpina ramps power up to a frankly absurd 621hp while making improvements to the cooling system. Though it weighs almost 2.7 tonnes, the XB7 slingshots itself to 62mph in just 4.2 seconds.

At around £130,000 the XB7 is really rather expensive, though it’s also so physically enormous you’re getting reasonable value for money on the volume of sheet metal alone. Its body panels must be bought by the acre. This is a car that dwarfs its 23-inch wheels. It never seems bigger than when you glance over your shoulder from behind its steering wheel and see what appears to be an entire ballroom behind you.

To counteract all that mass, the XB7 calls upon all manner of clever chassis and drivetrain technologies. Things like air suspension, four-wheel steering, active anti-roll bars and intelligent four-wheel drive are all X7 equipment, but Alpina has fine-tuned it all to achieve a level of agility and steering precision that’s genuinely staggering. It also fits a limited-slip differential in the rear axle for added dynamism when powering away from corners.

Those air springs are particularly handy because they offer a range of ride heights. When you’re really pressing on the XB7 will sit itself down by almost two inches, lowering its own centre of gravity. Meanwhile, the active anti-roll bars stop the body from listing in corners without knackering the ride quality when travelling in a straight line, decoupling and reattaching themselves in real time. The four-wheel steering system is especially noticeable at very low speeds, where the XB7 manoeuvres its way around car parks, for instance, like a far smaller car.

There are Alpina-specific touches here and there around the cabin, like the custom graphics within the digital instrument binnacle. Mostly, though, it’s stock X7 stuff, which is to say high-grade materials, very good build quality and bundles of space. That awkward-looking roofline, which seems to extend for an age before eventually falling down to the ground, does at least mean the sixth and seventh passengers have plenty of headroom in the back.

Alpina’s cars tend to feel very different to BMW’s own M-badged halo models because they’re more rounded machines, as concerned with comfort and luxury as lap times, if not more so. You sense that in the way they ride. Whereas an M5, for instance, can be tense and uptight on anythingother than a very smooth road, a B5 Bi-Turbo glides serenely. That is the hallmark of an Alpina.

Inevitably, given it requires far more support at each corner and wears such enormous wheels, the XB7 isn’t quite a pillowy-soft along a bumpy road. It does get impressively close, however, and when you switch into the Comfort Plus setting you notice your own tensions begin to fade away as the chassis relaxes a little. If a comparatively small operation like Alpina can manage this sort of ride quality without letting the handling turn to jelly, why can’t the vast OEMs?

The XB7 is blindingly fast in a straight line. It’s almost frightening how forcefully such a vast machine is able to pound its way along a road, the prow rising as the rear squats down and all four tyres smear themselves into the road surface. The engine is massively torquey as well and impressively responsive, while the eight-speed auto works flawlessly. The exhaust note isn’t the deep, distant bellow you might expect, but instead a throaty and surprisingly high-pitched V8 yowl. And yet, none of that is what really stands out about this car.

How is this thing able to remain so flat when flung into a corner? How does it grip so hard? How can its steering possibly be so precise and readable? The answer isn’t all that clever hardware listed above, but how expertly it’s been deployed. For instance, the active anti-roll bars don’t simply cancel out all body roll entirely. Instead, they allow just enough to let you feel the chassis working through a corner. What’s more, the rear-wheel steering is so brilliantly judged, and so well keyed into the rate of roll in bends, that you feel as though you’re guiding along the road not a seven-seat, 2.7-tonne SUV, but a saloon car weighing half that.

And somehow – call it witchcraft, for that can be the only way – you even have a sense through the steering wheel of how much grip there is to lean on. I tried the XB7 back-to-back with another performance SUV, one with less power and a much less eye-watering asking price, and by comparison that car’s steering was almost disconcertingly vague and imprecise. I drove the far bigger, far heavier Alpina with vastly more confidence.

None of which is to say I’ve suddenly become a super-SUV acolyte. I’ve no idea who needs to travel so quickly in a car this size, nor why they’d ever want to deploy that speed on the kind of road that calls for real agility and steering precision. And yet, rarely have I been so surprised at what a car is capable of. The Alpina XB7 is an emphatic and deeply impressive answer to a question no right-minded person would ever ask. 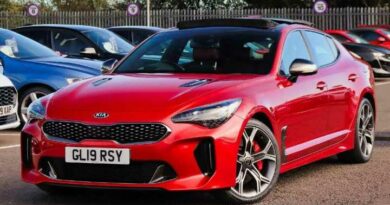 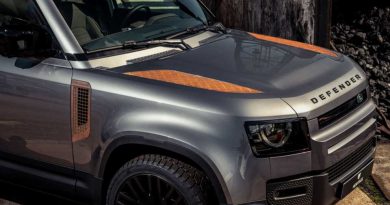