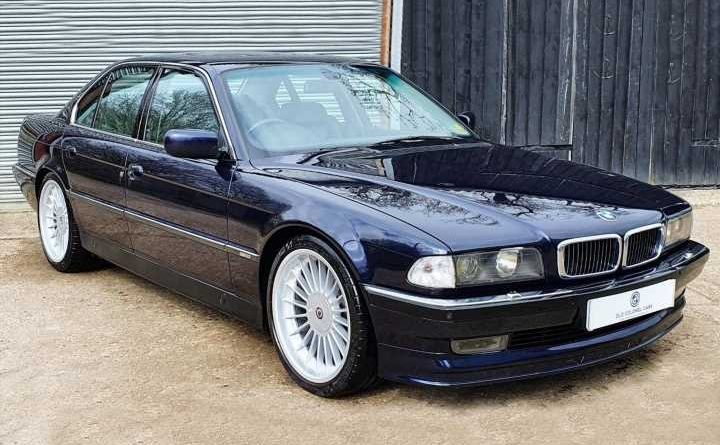 Proof that 12 into Seven will go

A diversion into highly tuned four-cylinder lightweights earlier in the year really knocked Brave Pill’s average cylinder count. But the balance is being restored as we follow last week’s well received Mercedes SL65 AMG with another 12-cylinder German. One that’s even rarer: Alpina’s B12 take on the E38 BMW 7 Series.

Not that we’re expecting this choice to be uncontroversial. Few would dispute the courage required to seriously consider ownership of a leggy, 23-year old example of a highly tuned German saloon. A more heated debate is likely to be triggered by the seriousness of the £25,000 price tag that this one is being offered for.

The once plentiful supply of banger-grade E38s has dried up in the last few years – to the disappointment of my mate who used to run back-to-back sub-£1,000 728is – but the Alpina’s valuation is still a 100 per cent supplement over even a nice example of the 750i it’s based on. The obvious riposte to that being, of course, ‘find another.’ Alpina only produced 202 5.7-litre B12s of this generation, and according to the advert this car is one of just nine right-hookers.

There are some odd origin stories among car brands, but few as unlikely as Alpina’s. The company started out in the staid and sensible world of German office equipment, before founder Burkard Bovensiepen created a performance carburettor kit to pep up the BMW Neue Klasse saloon. This new direction took off and soon sidelined the typewriter and photocopier side of the business. Alpina diversified into other tuning parts, then privateer racing and finally to building its own tuned take on BMWs. Although all of its products are based on those of another company, Alpina has been recognised as a manufacturer in Germany since 1983, and its relationship with BMW is close enough it gets access to new models ahead of sale to engineer its own versions.

Alpina’s approach has always been to add performance and luxury without trying to compete with the more honed dynamic focus of BMW’s own M cars. Alpinas are true executive expresses, designed largely for the particular demands of the Autobahn network. When BMW started to fit 155mph limiters the smaller firm discovered another niche in the form of a higher top speed: 174mph in the case of this B12, which would have made it one of the fastest four-doors on the planet when it was new. These were cars for those who wanted to travel in comfort, arrive in style, and beat a helicopter’s cross-country pace.

Increasing the performance and luxury of what were already fast, luxurious cars made Alpinas seriously expensive. Outside Germany the inability to legally cruise at triple digit speeds also denied the brand its performance USP: it wasn’t like you were going to be regularly getting frustrated by a 750i’s 155mph limiter on the M62. Which is why sales were slow in most non-Teutonic parts of the world, and you could count every UK-spec 5.7 B12 without running out of fingers.

But those prepared to dig deep – the B12 could easily be optioned up to £90,000 – did get a substantially different car. The B12’s engine was based on the M73 V12 from the 750i but got new cylinder heads, lightweight Mahle pistons and a capacity increase to 5.7-litres. That took power from 322hp to 382hp and boosted torque from 361 lb ft to 413 lb ft; very serious figures for what was still the fag end of the 20th century. It also got the pioneering option of steering wheel controls for the standard five speed automatic. Dubbed Switchtronic, this featured a pair of nub-like buttons on the rear of the wheel with up and down arrows embossed on the corresponding bit of rim to show drivers where they were.

Other changes included revised suspension, 20-inch wheels, a chinny chin spoiler and, naturally, the option of Alpina’s trademark pinstripes. From 1995 onwards Alpina also introduced its E-KAT catalyst, featuring an electrically heated element within the exhaust that was claimed to better the (admittedly not very stringent) 1996 European standards for hydrocarbon, NOX and carbon monoxide emissions by 80 per cent. The company was so proud it put a supplemental badge on the boot to boast of the system.

One thing missing from the record is contemporary reviews. The B12’s unicorn scarcity means it seems to have evaded the UK automotive media in period; Enzo the hamster has emerged empty-pawed from the archive. But buyers doubtless appreciated what they had to judge from both the care and attention that has clearly been lavished on our Pill, and also the rate at which it gathered mileage early on. According to the MOT record brought up by a peek at the obscured plates it had passed 120,000 miles by its eighth birthday, then took another 14 years to add another 63,000 miles to the tally, but being used continuously throughout.

The B12 has clearly been looked after over that time, its Orient Blue paintwork gleaming in the pictures and the leather-and-walnut interior looking impressively unworn considering the years and mileage. The original owner seems to have been determined to tick every box on the options form, specification including electrically heated and adjustable rear seats in addition to the more familiar tilt-and-toast front pews, and what is either a very early double-DIN BMW sat-nav, or one that has been donated from a later E38. Matching Michelin Pilot Super Sport tyres at each corner are another good sign of diligent stewardship.

The MOT history doesn’t bring up anything nasty, although there have been a couple of fails for mis-aimed headlights and advisories on worn suspension components. Older E38s are often killed by their infamously unreliable gearboxes – the promise of ‘sealed for life’ was really ‘sealed for death’ – but the selling dealer reports our Pill has had a recent transmission rebuild. Some B12s have also suffered from heavy oil consumption, although owners report that moving to a slightly thicker grade than Alpina’s original specification can remove the problem.

Even if our Pill is adjudged good enough to justify its valuation – and it is actually cheaper than the facelifted B12 6.0-litre we Spotted back in 2013 – keeping it tip-top will require copious amounts of love and, probably, money: Broke My Wallet and all that. Yet even by the standards of rare groove V12 German super saloons this will always be one of the rarest, and one of the grooviest. 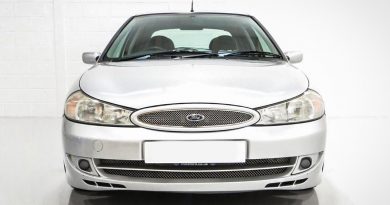 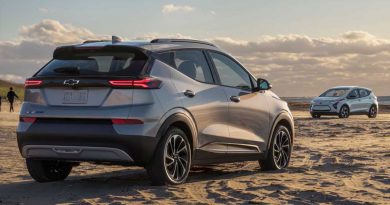