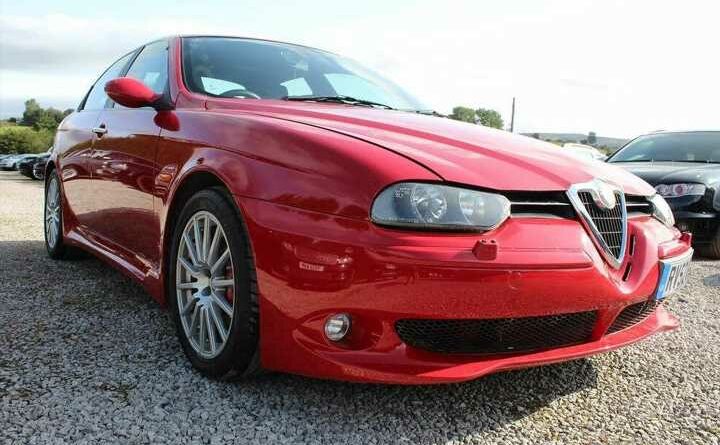 The 156 had the looks, the engine, the sound and the right badge. What more do you need?

I’ll be honest, there’s a particular reason why I was drawn to this Alfa Romeo 156 GTA. No, it’s not because it’s smack-me-round-the-chops-with-a-wet-halibut gorgeous. Although it is, you know. It’s also not because of Alfa’s 3.2-litre Bussone V6. Or the noise it makes. Christ, that would be far too obvious. I mean, sure, when you start it up it sounds delectable – although honestly I’m just as likely to pop the bonnet and immediatey becoming transfixed by the shiny V6 nestling between the suspension turrets. Like a magpie. But that’s not the reason, either.

It isn’t to do with rarity. Although these are rare cars, especially if you want something as beautifully boggo as this one, which the advert says has had ‘no modification’ since it drove off the line at Pomigliano d’Arco. And that wasn’t the same line as the regular 156s, don’t forget. Just under 2,000 of these saloons and another 1,600-odd estates were assembled by hand on a separate line.

So if you’re screwing your face up at the £20k price tag, rest assured hand-built Alfa Romeos don’t tend to come this cheap. Oh, and the reason it’s here is definitely not to do with honesty. Despite what its name suggests – Gran Turismo Alleggerita translates as lightened Gran Turismo – this isn’t a lightweight special. The GTA was 55kg heavier than the regular 156 V6.

Of course there are many other reasons why the GTA deserves a mention. For a start it’s not an M3, Evo or Impreza, so you won’t appear quite so laddish while out for a drive. True, you also won’t see which way the any of those three went along a damp country road – they’ll be miles ahead while you’re stuck in a plume of your own tyre smoke trying to deploy 250hp through the front wheels. But once you’re up and running you’ll forget all that and savour the crispness of the GTA’s revised springs and dampers, tauter anti-roll bars and quick, quick steering. And when you need to rein it all in, there’s the reassurance of bigger Brembo brakes, front and rear, looking out you.

Naturally there are things to bear in mind. The standard differential has a tendency to go kaput – the Quaife ATB Helical LSD is a direct replacement and well worth retrofitting. Also, make sure that the cambelt has been replaced – if there’s no evidence of that in the last four years, mark it ‘urgent’ on your to-do list. And it’s an Alfa, so check for rot along the sills, rear suspension mountings and wheel arches, plus of course, all its electrics. Get the buying bit right, though, and follow that up by treating your GTA right, and you’ll have something different and characterful to enjoy that’s bound to increase steadily over the years.

But you already knew that. The real reason I wanted to highlight the GTA is because back in the day the press pack – often a source of joy when translation is involved – stated that the car could: ‘unleash speed spurts’ which was ‘extremely satisfying behaviour.’ And in the dark days of 2021, there really is no arguing with that. 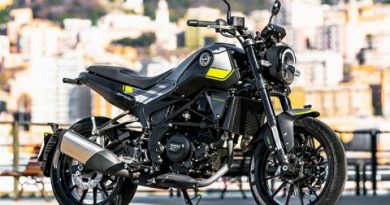