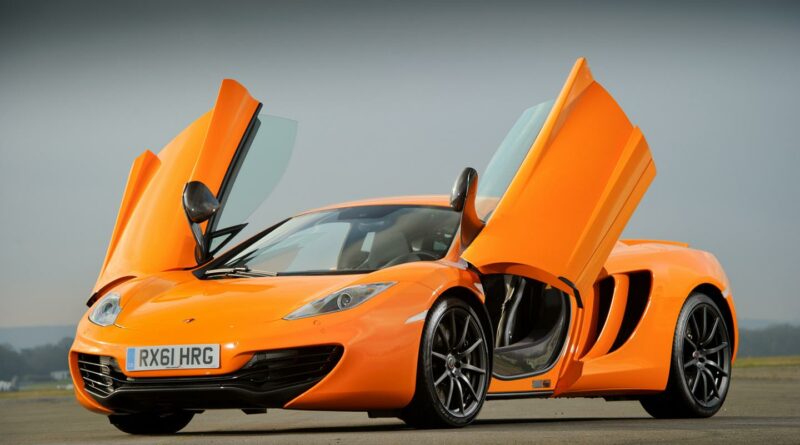 For the price of a Boxster GTS, there's genuine exotica on offer…

Is there anything more alluring in the automotive world than a cheap supercar? Because for all the pitfalls that may be encountered (if only running costs depreciated with purchase prices) it’s impossible to ignore the attraction. Supercars are dream cars, so it stands to reason that the prospect of acquiring one for saloon car money will be enticing to any PHer who can afford it. And that goes twice for the little kid inside us responsible for impulse purchases…

The situation is arguably better than it’s ever been for those tempted by a cut-price supercar. Modern cars are typically lower maintenance than their predecessors, and that extends even to the mid-engined exotica. Of course, anything that once sold for a six-figure sum is going to need regular specialist attention – and could throw up the sort of electrical gremlins unheard of not so long ago – but modern supercars are built to withstand prolonged use nowadays. And are popular as a result. Need proof? There are twice as many Ferrari FFs with more than 30,000 miles as there are its 612 Scaglietti predecessor for sale on PH.

With that in mind, our Six of the Best selection is broad; there are cars here faster than anything else that you’d gladly use every day alongside 20th century classics to brighten any sunny Sunday. Nobody is still sure what actually qualifies a supercar, but we’ve covered a lot of bases in the shortlist: mid-engined, rear-engined, four-wheel drive, rear-wheel drive, manual, automatic, automated manual… they’re all here. So let’s get started.

Values of the original R8 plummeted with the passage of time and the arrival of a sharper, faster, V10-only second generation, only for them to firm up as the market realised what the model offered as a cut-price supercar experience. Even before the recent upturn, values had already reached as low as they would get – the good £30k ones aren’t coming back – and begun some steady appreciation.

That’s true for the 525hp V10 cars, the flagship that really elevated the R8 into supercar territory, as well as the V8s. Slowly but surely, they’re becoming collectible, yet still represent excellent value today. Where £60k would have a bought a low mileage, manual coupe not so long ago, it’s now only enough for an automated, manual R Tronic. Those more desirable manuals are now more like £70k, and more for the run-out, 550hp Plus.

This one is a great example for what’s out there for the price of an Alpine A110. Approaching a decade old but still with little more than 30,000 miles, it’s in the R8 spec you’ve seen dozens of times before – silver with carbon side blades and the Y-spoke wheels – but none the worse for it. For a car launched 15 years ago and previewed as long ago as the 2003 Le Mans concept, the R8 still does supercar exuberance – albeit quite modestly – like little else. This one is R Tronic, which will put some off (because the S Tronic dual-clutch was a better auto and the manual offered traditional interaction) but the fact is the R8 looks great, drives great and sounds great, for £55,000. And there’s plenty more where that came from.

The cheap 12C has existed for a little while now, but that’s done nothing to diminish its appeal. If anything, with a seemingly increased supply of cars at £70k and under despite the market’s recent performance, the temptation has only heightened. Never without its flaws or detractors, the fact remains that this is a carbon-tubbed, 200mph, twin-turbo V8 supercar – the doors go up and everything – for comfortably less than a new M3. And that’s quite something, especially for the car that launched McLaren Automotive to the world.

If not as exhilarating as later McLaren supercars, the 12C will still deliver similarly thrilling performance as well as the same peerless steering and spookily calm ride. Plus very few people, beyond those who intimately know the used car market, will know it cost £67,990.

That isn’t for some ropey example with a million miles, either. This one has fewer than 40k on the clock, is sensibly specced and has a full McLaren service history – including a check-up this month. We’ve all heard some story or another about early McLaren quality, though this one still looks more than decent – some shiny leather notwithstanding. Get a warranty to be on the safe side and enjoy one of the more significant (and innovative) recent supercars; this is the start of the McLaren Automotive story, after all.

Ever since 1990, the Skyline GT-R had been humbling supposedly much more powerful and exotic competition, making quite the name for itself in the process. So it only made sense that the R35 would do the same in 2008, even almost 20 years since Godzilla first redefined fast cars.

Despite the passage of time, the formula was broadly similar: a twin-turbo V6 with loads of power (and the capacity for plenty more), a fearsomely capable four-wheel drive system, and the ability to change direction like something of its weight never should. A dual-clutch gearbox in place of the manual previously used only made the GT-R faster still.

Once more with a nominal power output that probably undersold the truth, the R35 reset expectations all over again. The badge was the least glamorous out there even for sports cars (leave alone supercars), but the Nissan’s performance could hold its own against any rival – and wipe the floor with any that competed on price. That the GT-R was so absorbing to drive only embellished its legend further.

Today the biggest challenge will be to find a standard R35; the legendary tuning potential of its VR38DETT V6 has been impossible to resist for many. Those wanting to modify typically want a blank canvas, though that’s going to mean another tuned GT-R out there. Some remain, however, of which is this is one, and supercar performance is guaranteed even with just the standard 480hp. Because it’s never 480hp. Amazingly, this one has now only survived since 2010 without modification – even the wheels are standard – it’s only covered 27,000 miles in that time as well. So if not as good as new then the GT-R still looks decent; it’s a lot easy to look favourably on a staid interior when it’s a tough one!

Where once the 348 and 355 occupied the position of most affordable Ferrari V8 berlinetta, now its incumbent is the 360 Modena. History would suggest that its value will increase and the F430 will take its place, but recognition of that car – the last manual Ferrari V8 – makes that seem unlikely.

So it appears that anyone after a £60k mid-engined Ferrari will be best served by the 360 for a little while yet. No bad thing – new architecture made it more user friendly (and less terrifyingly expensive to run) than a 355, while keeping a howling five-valve-per-cylinder V8 that now produced 400hp. The plaudits came flooding in at the turn of the century.

Now the 360 is afflicted by a problem facing many of its contemporaries: the automated manual gearbox that was popular new is much less in demand now. Open gated manuals command a premium, and that’s not tremendously compatible with the cheap supercars idea. So this one is an F1, because the cheapest manual on PH is a higher mileage private sale for £10k more – but it’s still a 21st century Ferrari for £55k. It isn’t Rosso Corsa, as some will feel it should be, but those after a subtly specced Ferrari have it here. It’s being sold by a dealer that’s serviced it in the past, and presents well with 34k on the clock. Budget for another service imminently – and keep plenty in the kitty, because this is now a classic Ferrari – and then enjoy one of great junior supercars.

Already a giant killer with four cylinders, the Lotus Esprit was ready for all comers with a twin-turbo V8. For the late 1990s, it was scandalously fast; reaching 100mph in ten seconds remains quick today, especially bearing in mind the infamously uncooperative manual gearbox. That the V8 kept so much of what had always made the Esprit such a joy to drive in four-cylinder form ensured a rapturous reception for the more powerful car.

Though the engine proved far from trouble free, upgrading to a V8 made a proper supercar of the Esprit: the engine was in the middle, it looked fantastic, and it went faster than almost anything else. Now, 17 years after the Esprit went out of production and with early cars having shot up in value, the later four-cylinder and V8 models are in demand.

This £50k car is about as good as you’ll find – “a beautiful specimen in every department” says the ad – owned by one man for the past 20 years and now being offered from the same dealer he bought it off in 2001. Said to be the only one in Titanium Silver with Raffia leather and Beech Honey carpets (it’s maybe not awfully hard to see why), the Esprit is little short of flawless. Those after a traditional supercar thrill need look no further. With what’s described as a “comprehensive” history and a service that included the cambelt in May, it should be on the button for the next owner. Don’t be surprised if you also end up keeping something this nice for 20 years, either.

No list like this would be complete without a) the 911 Turbo, and b) and argument about whether the 911 Turbo is a supercar or not. So here it is. And while it may not be the most dramatic fast car in the world – it never will be – there’s a reason why the Turbo recipe has proved so popular over the decades.

And why, in the case of cars like this, they’re used so much; this 997 Turbo has racked up 90,000 miles since 2008, as much as the Esprit, R8 and GT-R combined. Why? Because there isn’t a situation a 911 Turbo doesn’t suit. It’s the Swiss army knife supercar, as comfortable commuting as it is on track. So of course you’d drive it just about everywhere.

Once four-wheel drive was adopted for the Turbo, the modern template was laid out for the 911 flagship. Prodigious all-weather performance was combined with 2+2 practicality and subtle styling that made it look barely more potent than a Carrera to most, a combination of talents that buyers loved. As the 996 has appreciated from the bargain basement Turbo into a usable classic, so the 997 depreciation has stalled – they seldom come up at less than £50k. For the more desirable manual (the last time that was offered on a Turbo) or PDK (the first time a PDK was available), £50,000 is the start. Despite the mileage, this one looks excellent, even if the ‘Soft Ruffled Leather Seat System’ won’t be to all tastes. It’s being sold recently serviced and with a full history from main dealers and Porsche specialists. It might be a predictable choice, the 911 Turbo, but for good reason. Don’t be surprised to see that odometer keep climbing. 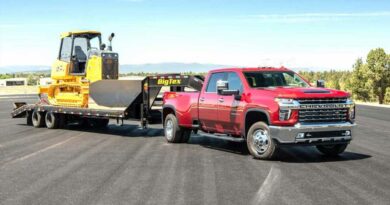 Can Duramax Diesel V8s Burn Hydrogen? This Company Plans to Make It Happen by 2024 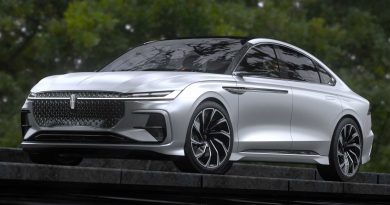