Genesis is making headlines recently. From the unfortunate crash that Tiger Woods suffered in a GV80 to the new GV70 compact crossover and X coupe concept, the Korean luxury brand seemingly can’t avoid the spotlight. And there’s more coming, too. Rumor has it that an electric GV70 is right around the corner (likely dubbed eGV70). There’s also the possibility of a performance-oriented model joining the lineup in the future.

We had a chance to talk with Ricky Lao, the brand’s new product planning director, who gave us some details about the upcoming 2022 GV70 and hinted at where the brand might expand in the future.

With Hyundai’s N division doing wonders across its lineup, and with competitors of Genesis continuing to play in the performance-oriented space, a performance-oriented Genesis model may find its way to showrooms in the future. While Lao didn’t confirm this, he acknowledged the brand is always looking for new opportunities.

“Our boundaries are limitless in terms of product,” Lao said. “High performance is an area that seems to resonate with a lot of luxury customers.”

The Genesis X Concept, an electric grand touring car, is not the brand’s first attempt at testing the waters for a sporty model. The low-slung Genesis Essentia concept from the 2018 New York Auto Show previously revealed the brand’s possible plans to produce a more sporting model.

Meanwhile, the Genesis eGV70 should arrive as the brand’s first electric SUV. We’re still not sure when that’ll be exactly, but given that Hyundai and Kia recently revealed the battery electric Ioniq 5 and EV6, we wager the Genesis electric SUV’s debut is not too far off.

Start Your GV70 With Your Fingerprint

The new GV70 will be the first vehicle in the world to have a biometric fingerprint scanner, which will allow drivers to turn on their SUV using their fingerprint—even when they don’t have the key with them. Lao said that drivers will be able to lock and unlock the GV70 with their smartphone, and once inside, they can use the fingerprint scanner on the steering wheel to start the car and adjust their settings once a profile has been created.

The fingerprint scanner will allow the driver to do other things, too, such as engage the vehicle’s Valet mode. Down the road, Genesis plans to use this biometric technology for in-car purchases such as paying for gas, coffee, or parking.

Unfortunately, Genesis got off a rocky start with its dealer network. The brand initially decided to sell its cars at existing Hyundai dealers, however, it’s now changing course, and Genesis now plans to have its own independent dealerships. Jarred Pellat, a spokesperson for the brand, said that the first Genesis store will break ground this year, and the brand plans to have a network of 150 stand-alone Genesis stores in the near future across the United States. 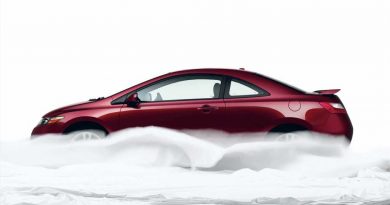