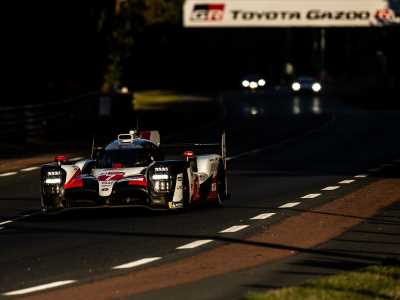 The No. 7 TS050 HYBRID was leading at the halfway point.

At the halfway point of the 24 Hours of Le Mans it was a 1-2 show for the Toyota Gazoo Racing team in the LMP1 category. Meanwhile, Porsche and Ferrari continue to battle it out for the lead in LMGTE Pro.

There had been six safety car periods in the first six hours and another as the 12th hour approached.  The headlines up to the midway point include the domination of the No. 7 and No. 8 Toyota TS050 HYBRID in LMP1, the loss of the No. 64 Chevrolet Corvette which crashed out while running 8th in LMGTE Pro and bringing out the second safety car period.

In other LMP1 news: Trouble struck Rebellion Racing’s No. 3 car on the seventh hour after a spin on the Mulsanne Straight caused front-end damage. The team worked on the car for just under five minutes and were third at the race’s mid-way point. Gearbox and mechanical related issues continue to hinder the No. 10 DragonSpeed car with the vehicle spending large amounts of time in the pits and SMP Racing’s No. 17 BR Engineering BR1 – AER car suffered serious damage in the tenth hour and dropped to sixth. The sister SMP Racing No. 11 car was fourth.

In LMGTE Pro the battle continued between the No. 92 Porsche 911 RSR and No. 51 AF Corse Ferrari 488 GTE Evo fighting for the top spot. Behind them the fight for P3 and P4 was just as fierce with less than five seconds separating the Porsche GT Team entries No. 92 and No 93.  Aston Martin Racing and Aston Martin Vantage AMR cars suffered incidents on track. The No. 97 hit trouble in the ninth hour when the car got beached in the gravel. Shortly after, the No. 95 pole-sitter went into the barriers at Indianapolis and was done.

In LMP2 the No. 26 G-Drive Racing car pulled away from No. 36 Signatech Alpine Matmut in LMP2 battle after G-Drive benefitted from those five safety car periods in six hours. The two main contenders for the overall LMP2 title, Signatech Alpine and Jackie Chan DC Racing were second and third.

The Keating Motorsports No. 85 car continued to lead in the LMGTE Am category by over a lap. 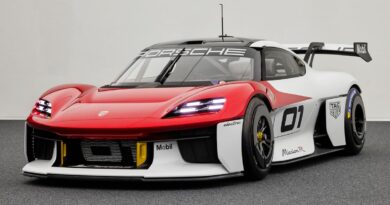 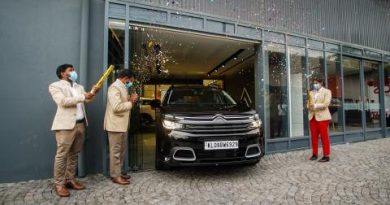 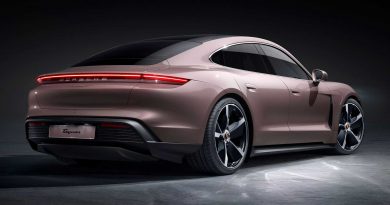 Porsche Dealers Asking For AWD Version Of Base Taycan