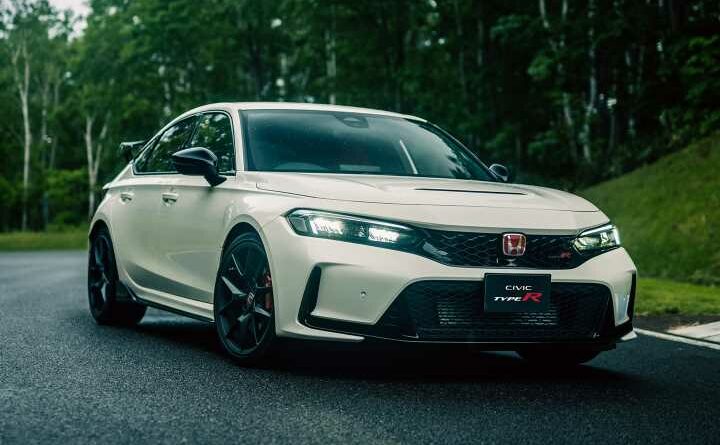 The FK8 is gone. Long live the new FL5

There’s big news coming out of America. No, not Musk vs Twitter. Bigger even than that. You’ve heard the phrase ‘The king is dead, long live the king!’? Well, it’s fitting here. In November 2021 we said goodbye to the fantastic FK8 Honda Civic Type R. Now we’re welcoming it back, but, like Doctor Who, it’s regenerated into the mostly new FL5.

At this very moment – assuming you were excited enough to set your alarm for 3am – Indycar driver Colt Herta and a select group of interested parties in Los Angles are unwrapping the 2023 Civic Type R – the sixth generation of the little high-revving VTEC wunderkind that first arrived 25 years ago.

“Even in this “year of the Honda SUV,” it’s great to be part of a brand that remains focused on the thrilling performance and joy of driving delivered by the all-new Civic Type R,” noted Mike Kistemaker, assistant, vice president of Honda sales at American Honda. “Type R is about more than speed, power and handling. It’s how a great car makes you feel that really matters and that’s what the all-new Civic Type R is all about.”

Amen to that, Mike. The old car did make you feel great. And if the FL5 can match it, most would consider that job done in a world of ever-increasing regulation. If it exceeds the FK8’s talents then we may have a meltdown. It was still the best front-wheel-drive hot hatch you could buy on its last day on sale. The omens that the new model will be even better are good. Very good.

The FL5 has already beaten one benchmark set by the ultimate FK8, which was the 2021 Type R Limited Edition. In testing at Honda’s legendary Suzuka Circuit – back on the Formula 1 calendar this October for the first time since Covid struck, by the way – the FL5 set a new lap record for a front-wheel-drive car. It went round the full 3.6-mile Grand Prix figure-of-eight track in 2 minutes and 23.120 seconds. We also know the FL5 improved steering and suspension has been tuned and tested at the Nürburgring, because the launch video shows as much – although we don’t have a production car time as yet.

Nor do we know a number of the other finer details. But we know one of the biggies. Finally, we can tell you for sure that the 2.0-litre KC20 screamer is back. The proof is right there in the pictures with a shot of it under the bonnet. While the rest of the 2022 Civic range has gone hybrid, Honda has not let Type R fans down by diluting its legacy with any of that electrified nonsense. That does mean you shouldn’t expect big gains in power or torque. Peak power is yet to be disclosed, but it’s unlikely to be vastly more than the 320hp the last car made. We can see from the rev counter that maximum revs still sit at around 7,000rpm, so it’s really down to how much they could turn up the boost and tweak the fuelling. The great news is that the engine is still paired with a six-speed manual, which, last time out, was arguably one of the best manual shifts on sale at any price. As before, it comes with rev-matching, for those that lack confidence in their heels and toes, and there’s a limited-slip diff to magic the torque to the road.

The new body is said to be lighter and more rigid than the FK8’s. It’s also longer, lower and wider but less draggy, so it slips through the air more easily. It’s also easier on the eye – well, these eyes at least. You still won’t miss it on the road, mind. That’s thanks to the muscular arches, large rear wing and deep, suitably aggressive bumpers. And there are still vents behind the front wheels that channel the air along the sides to the little aero flick-ups ahead of the rear wheels. At the rear, there’s the obvious diffuser with three signature central tailpipes poking out the middle.

The overall effect is smoother, cleaner and more harmonious. Unlike the last car, someone with a sympathetic eye was on hand to remove the designers pen at just the right time – to stop them doing too much designing. It comes in five sporty colour options: Historic Championship White, Rallye Red, Racing Blue Pearl, Crystal Black Pearl and Sonic Grey Pearl.

It’s a tidier looking car inside as well. Again, that’s because the latest Civic provides a better starting point in terms of its dashboard design and layout. Naturally, there are elements that jazz it up and differentiate this as the Type R. They include heavily bolstered red seats with matching red carpets. There’s also a neat honeycomb strip that runs most of the way along the dashboard – this mirrors the design of the front grille – and aluminium trim on the centre console, around the stubby, solid aluminium shifter. Even the steering wheel looks better. It’s got a smaller hub and thinner spokes.

Behind that is a full digital instrument binnacle. This shows a track-focused screen, with a large, linear rev counter running along the top, change up lights and the current gear indicator in the middle. Along the lower half of the display there are various pressure and temperature readouts, flanked by a G-meter and lap timer. There’s also a second display option. This one is  centred around a couple of old-school round dials for the speedo and rev counter.

You’ll also notice the infotainment screen jutting out of the top of the dash. Nothing revolutionary there, but it’s running improved software over the old car. And take a closer look. There’s a fabulous bit of news shown on the display itself. One of the few criticisms of the old car was its lack of customisable driving modes. Well, that’s been addressed because the display shows an individual mode. Although we cannot see the exact parameters you can adjust, the fact the schematic picture of the car shows engine, exhaust, steering and suspension is a good clue.

So that’s what we know so far. Not the whole picture, sure, but a lot more than we knew yesterday. More technical details and UK pricing will be released nearer to the launch, which is scheduled for autumn 2022. You can guarantee we’ll let you know more the minute we find out and, it goes without saying, cannot wait to get our hands on one in the flesh. 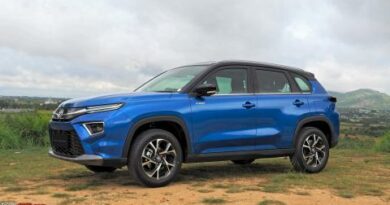 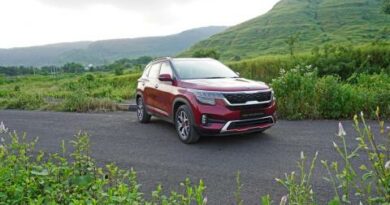 Car pricing sweet-spot: Getting maximum value for the minimum price 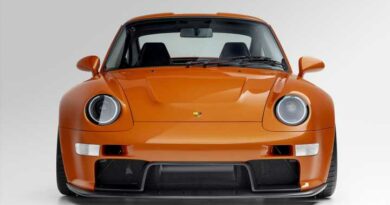