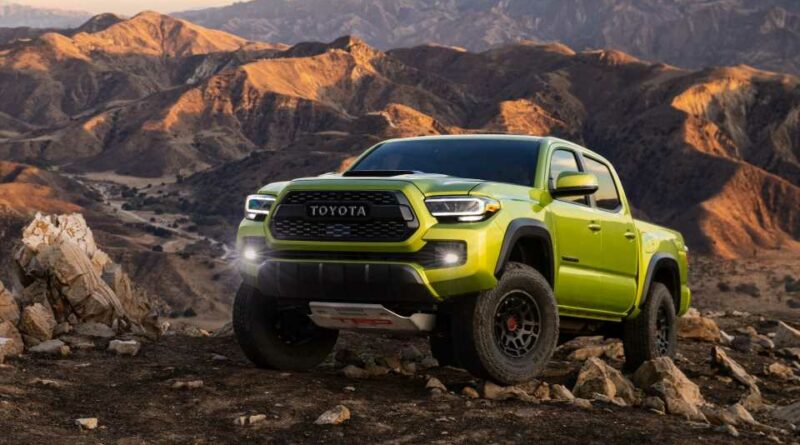 The upcoming next-generation Tundra may be the Toyota truck that everybody is really waiting for but that hasn’t stopped Toyota from giving its mid-size pickup some updates, particularly with that truck’s more off-road-focused variants. For 2022, both the Tacoma TRD Pro and the Tacoma Trail Edition will ride a little higher than before and look a little different. Let’s start with the TRD Pro.

Arguably the Tacoma range’s hero model, the TRD Pro Taco sits on 2.5-inch, TRD-tuned Fox internal bypass shocks now with a taller lift: 1.5 inches higher up front and 0.5 inches higher in the rear. New TRD upper control arms made of machine-forged aluminum have been fitted to accompany the increased rebound stroke. As a result, the approach, departure, and breakover angles have been improved to 36.4, 24.7, and 26.6 degrees, respectively. These are up from the 2021 Tacoma TRD Pro’s 35 degree approach angle, 23.9 degree departure angle, and 23.9 degree breakover angle. Total ground clearance comes in at 9.4 inches, which is actually the same as before. 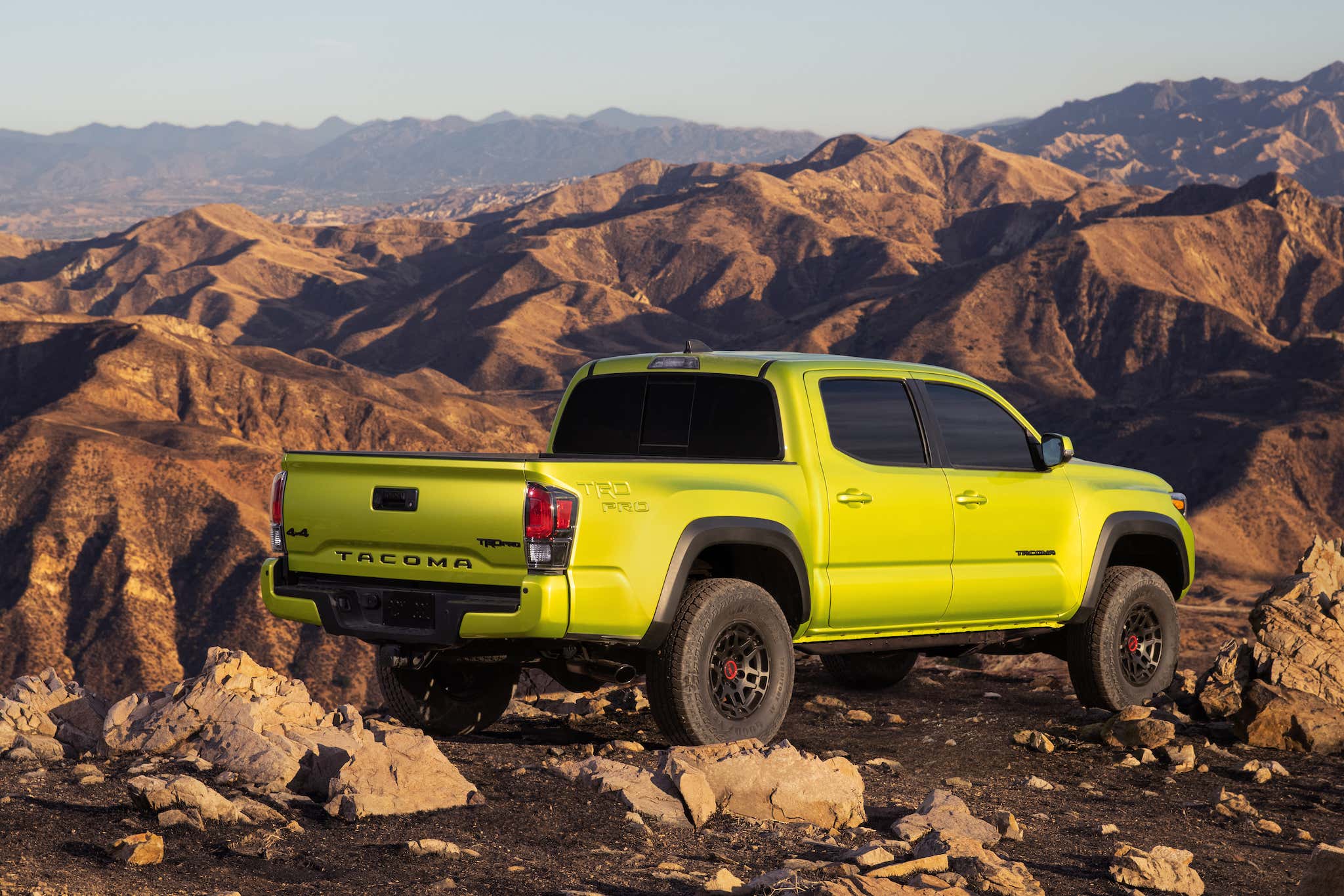 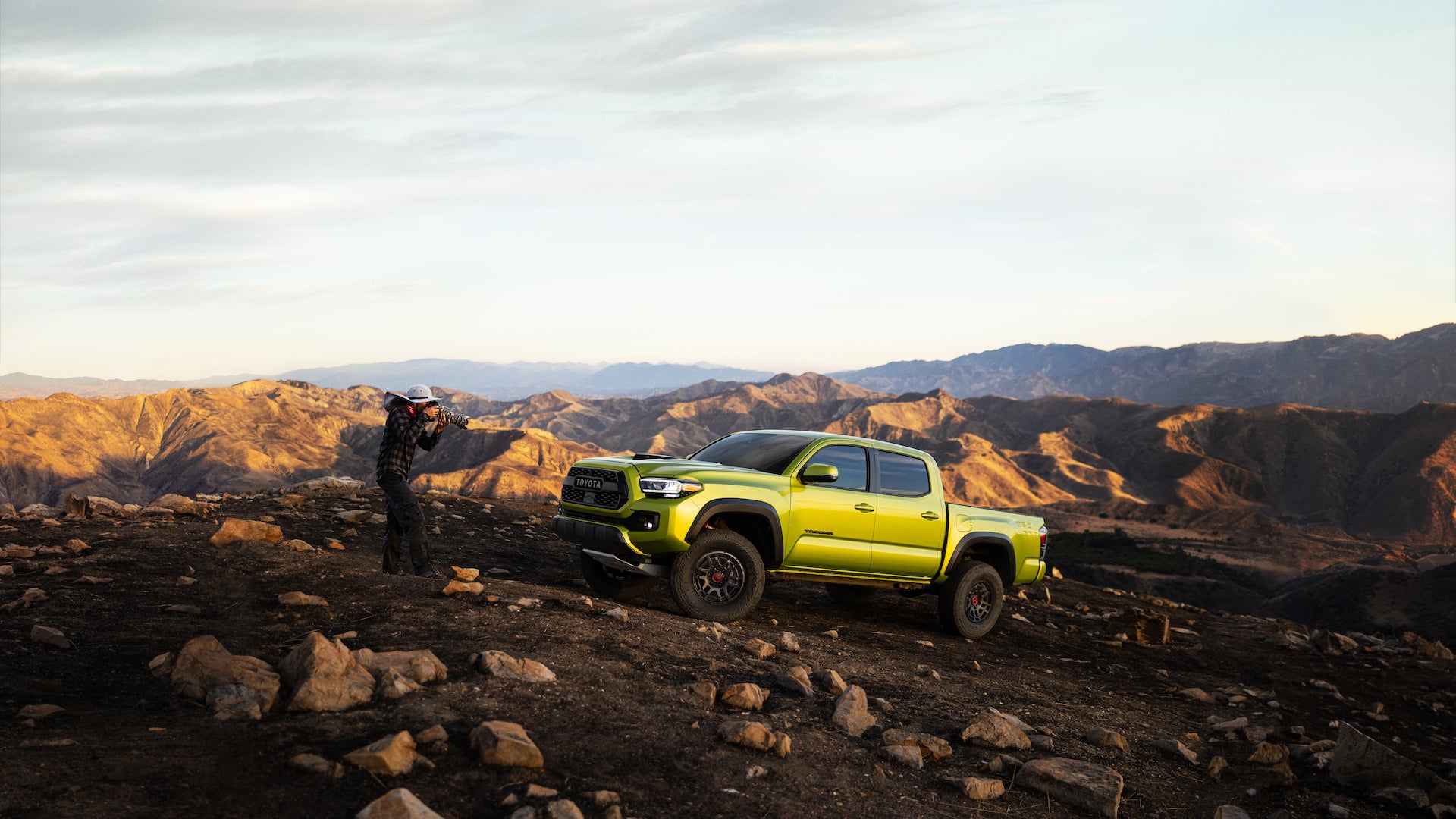 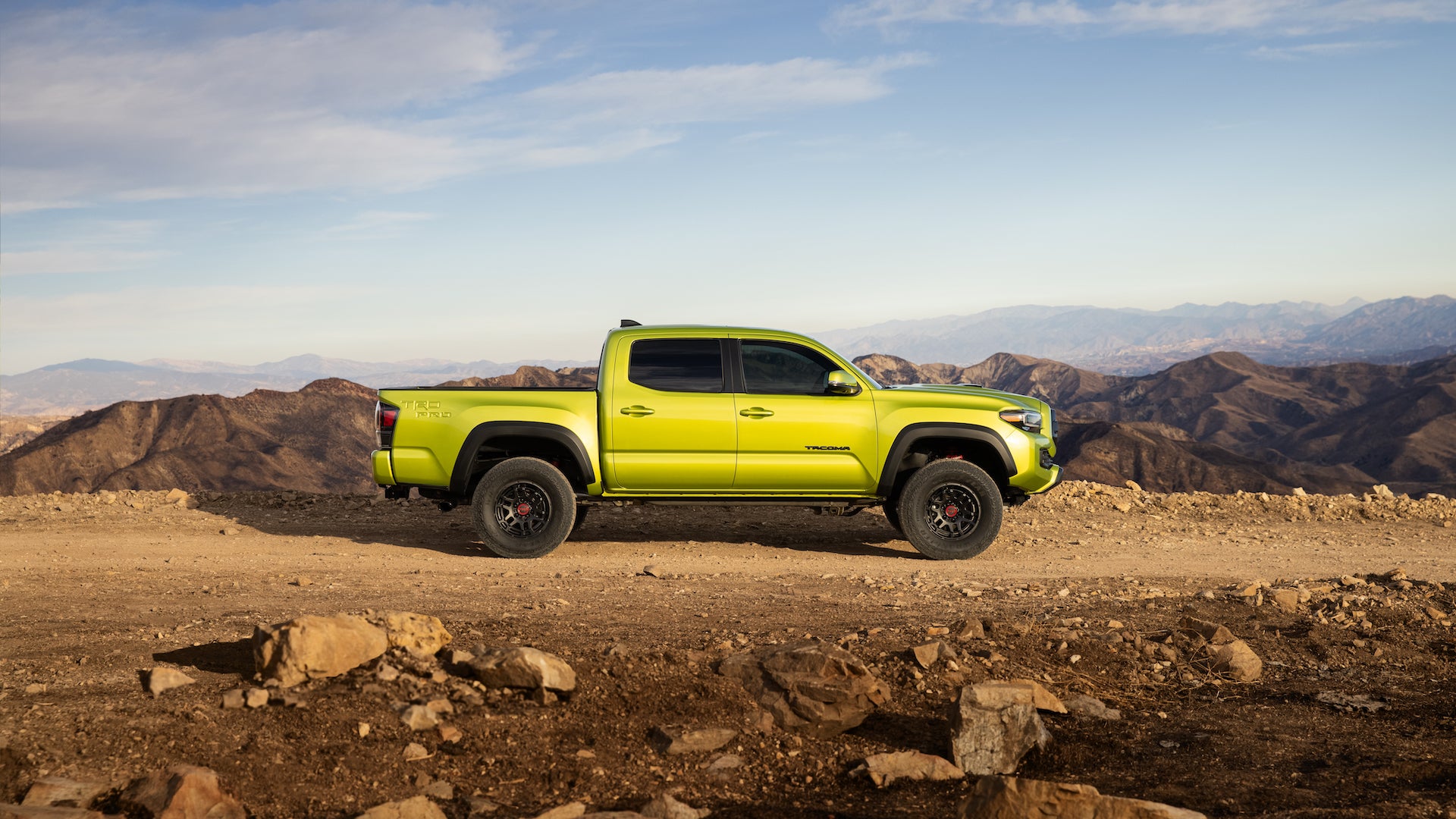 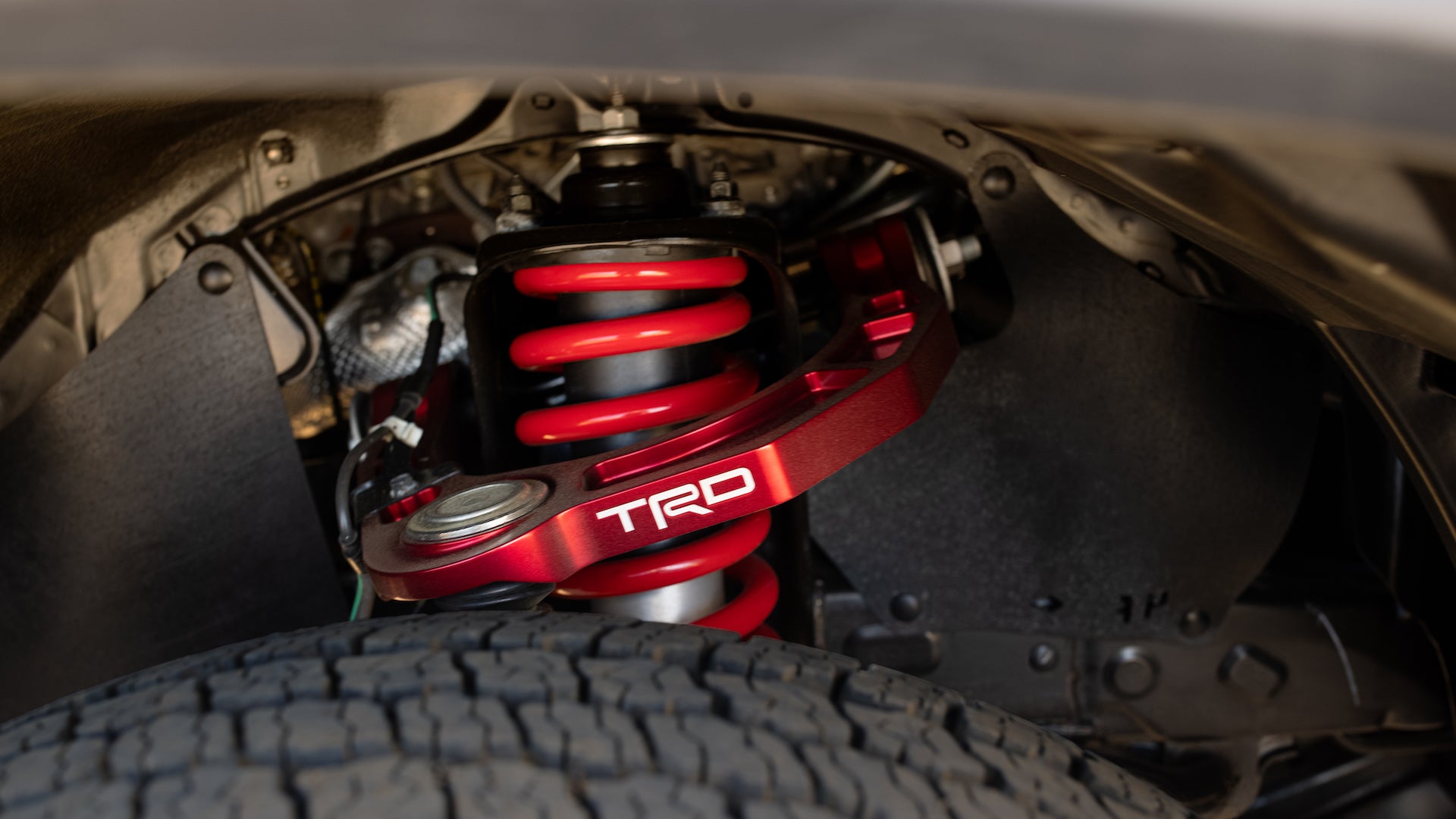 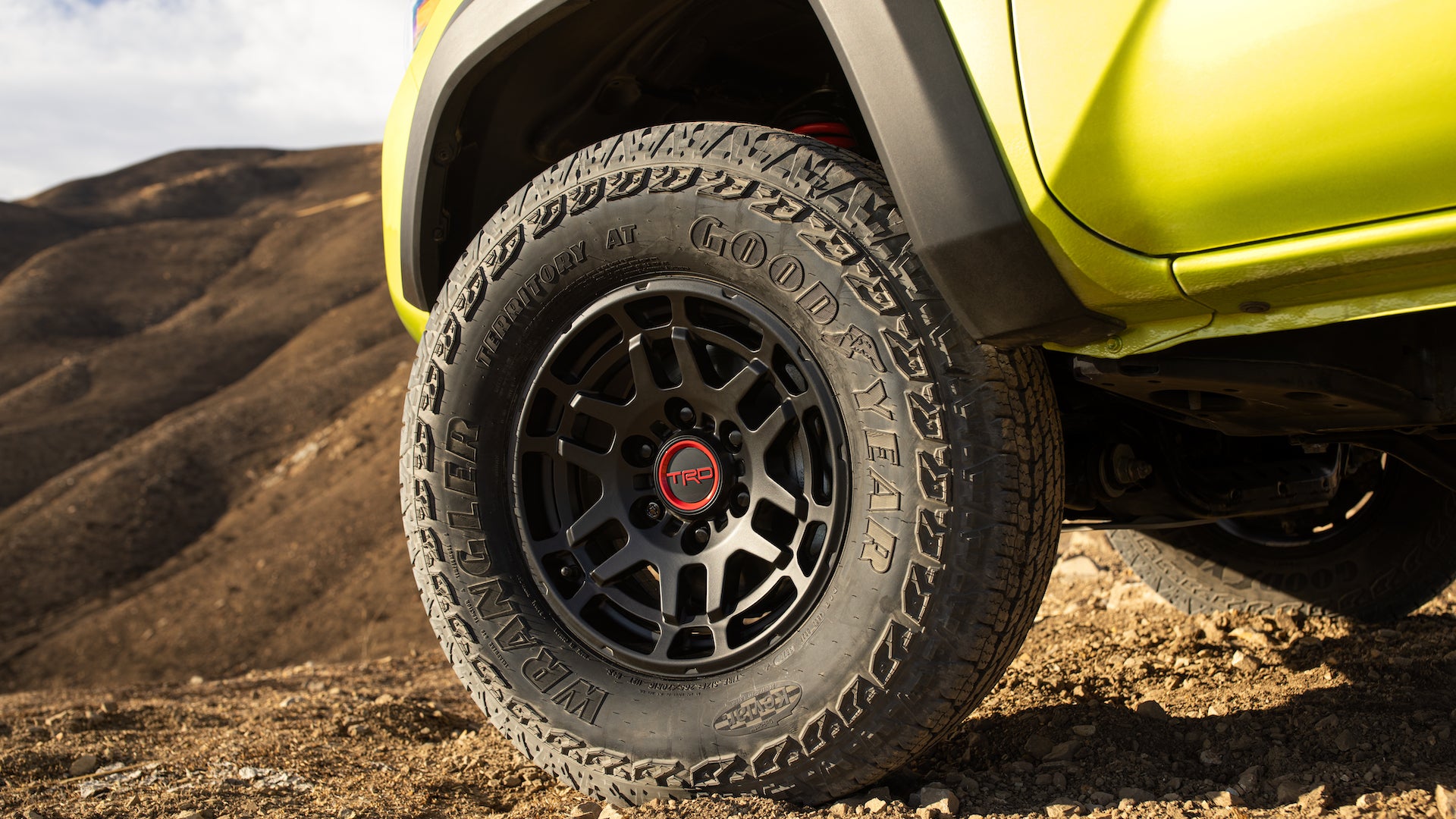 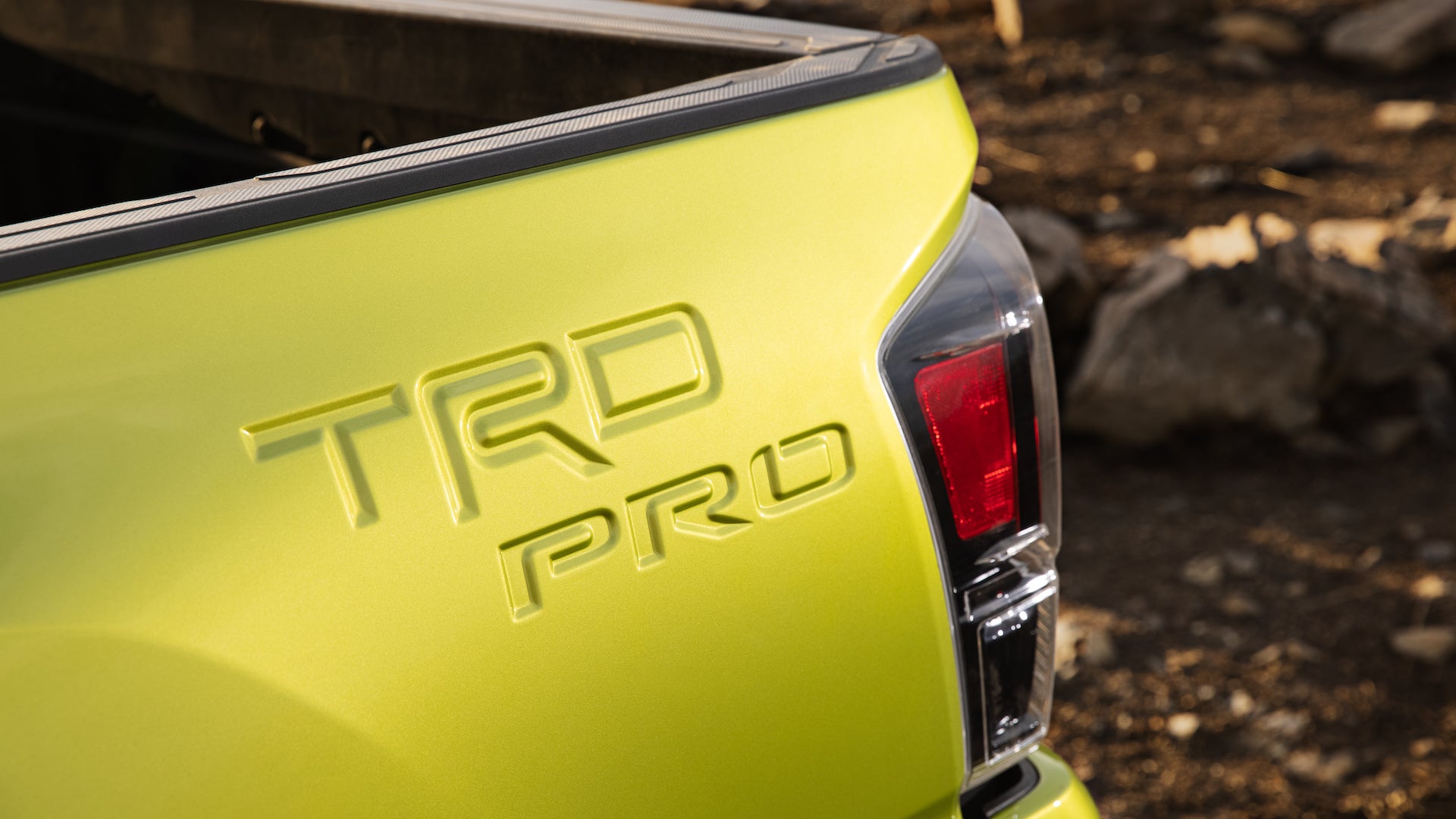 On the outside, new black TRD wheels are shod in Goodyear Territory all-terrain tires while fresh, optional hood graphics complement the black hood scoop and black fenders. The “TRD Pro” logo is now stamped on the side of the bed and that new Electric Lime Metallic paint option you see here has been added to the mix.

First introduced last year, the less extreme and less professional Trail Edition Tacoma has also received some mild upgrades such as a 1.1-inch front lift thanks to taller coil springs and a rear end that’s 0.5 inches higher due to a spacer between the rear axle and its leaf springs. The front air dam from the SR5 model on which this is based has been removed to allow for better ground clearance, which actually matches that of the TRD Pro at 9.4 inches. A locking rear differential is standard as is the driver’s side insulated bed storage that can be used as a cooler. Said bed also features a 120-volt power outlet. 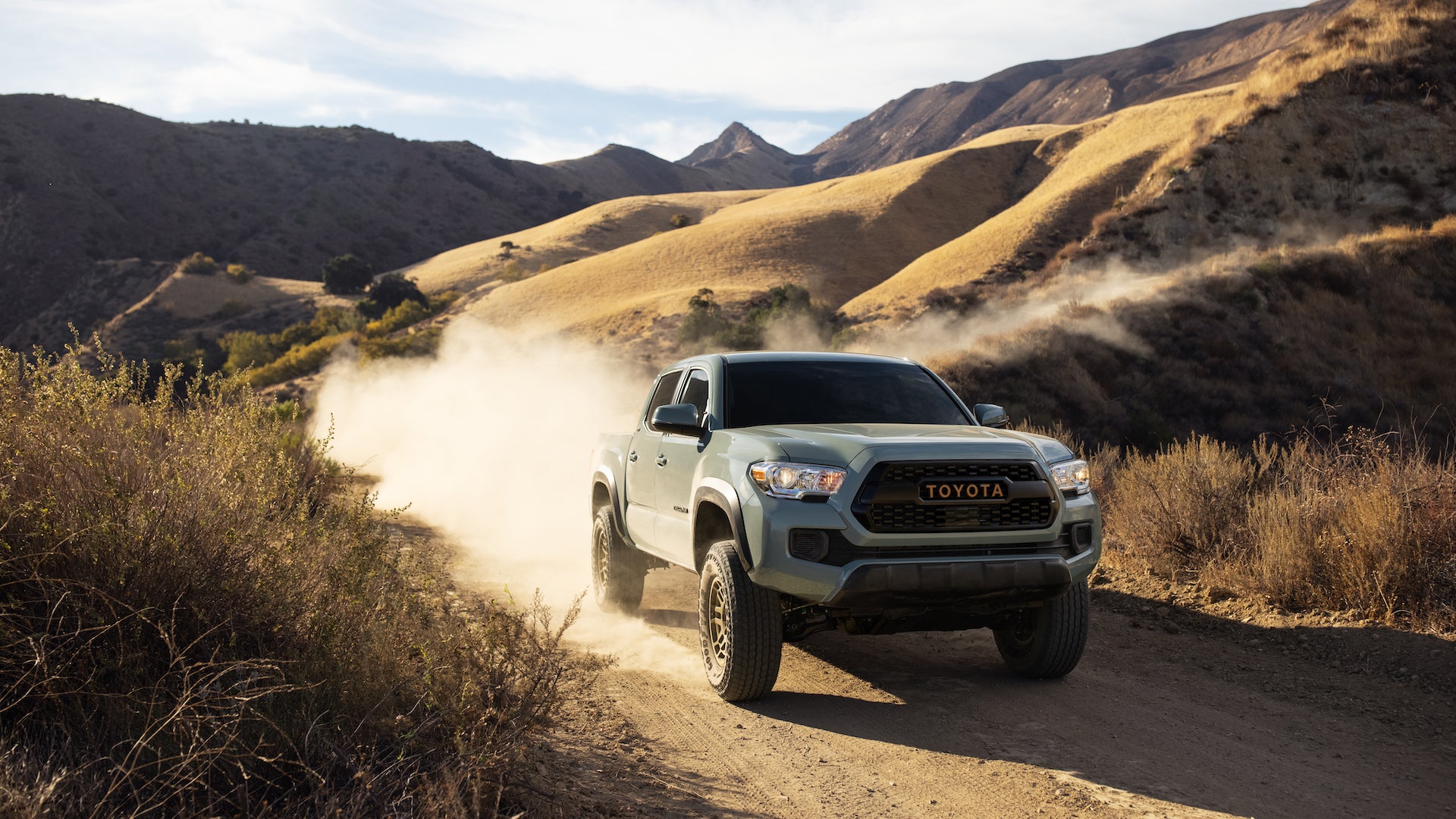 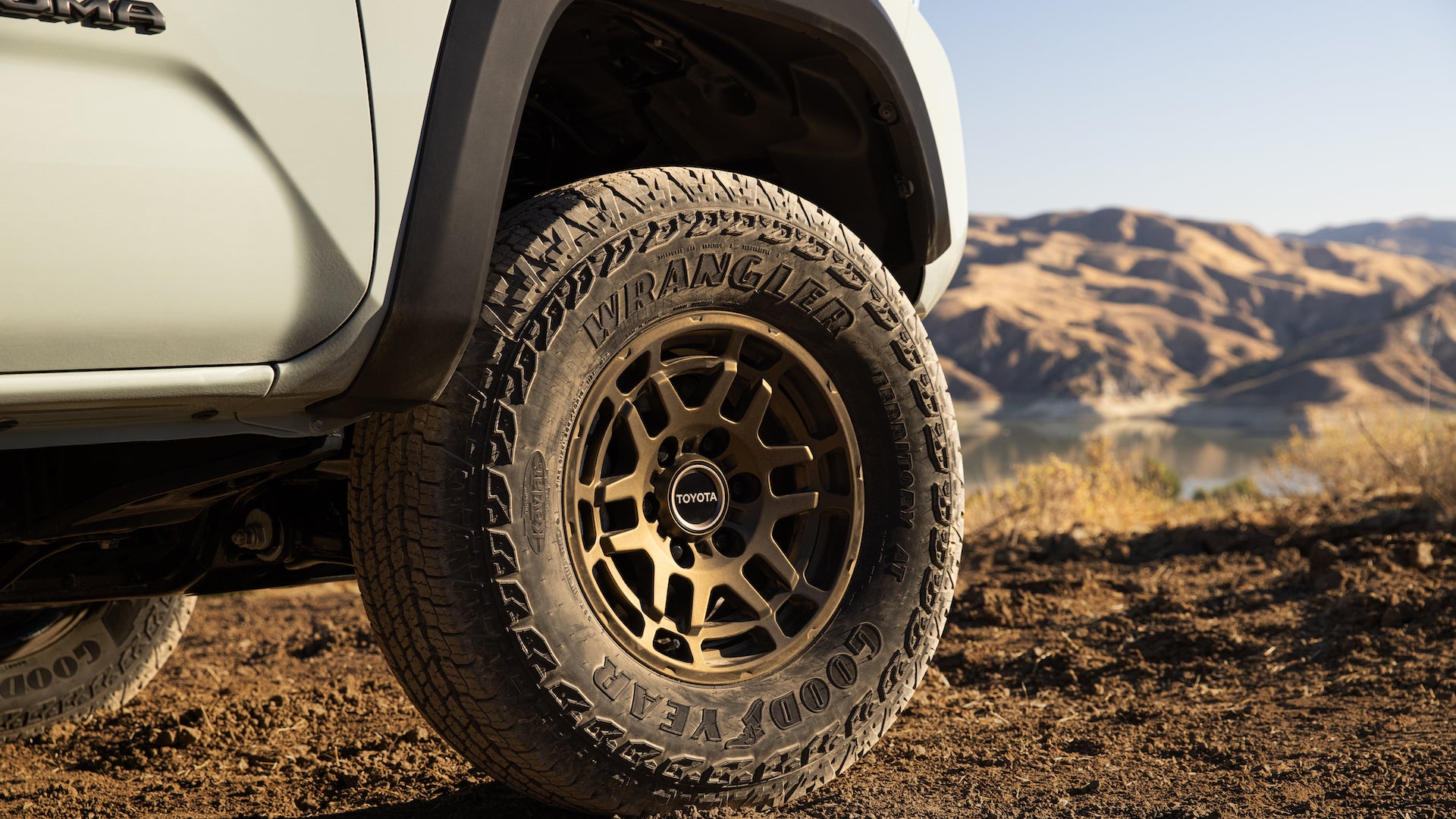 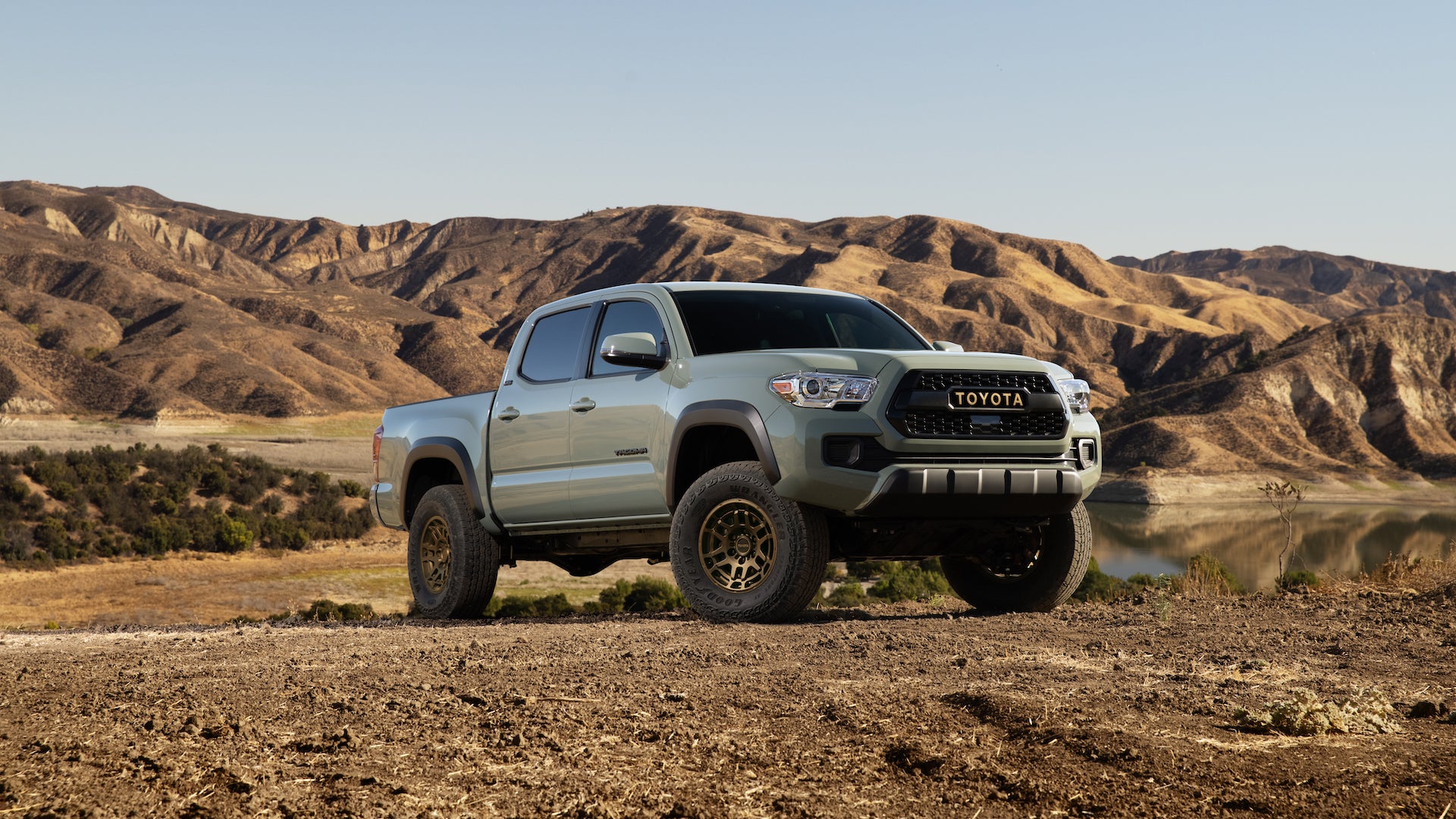 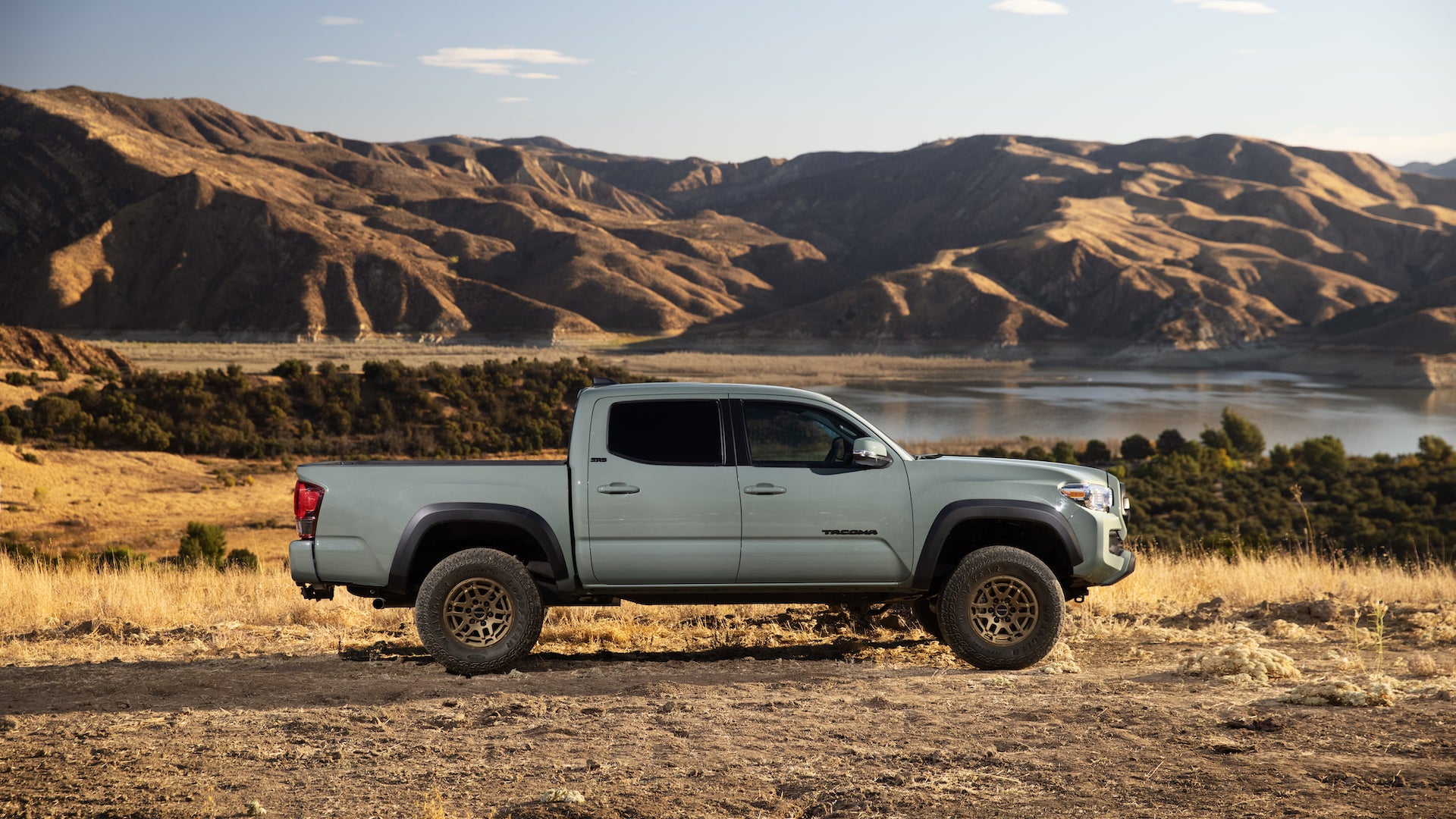 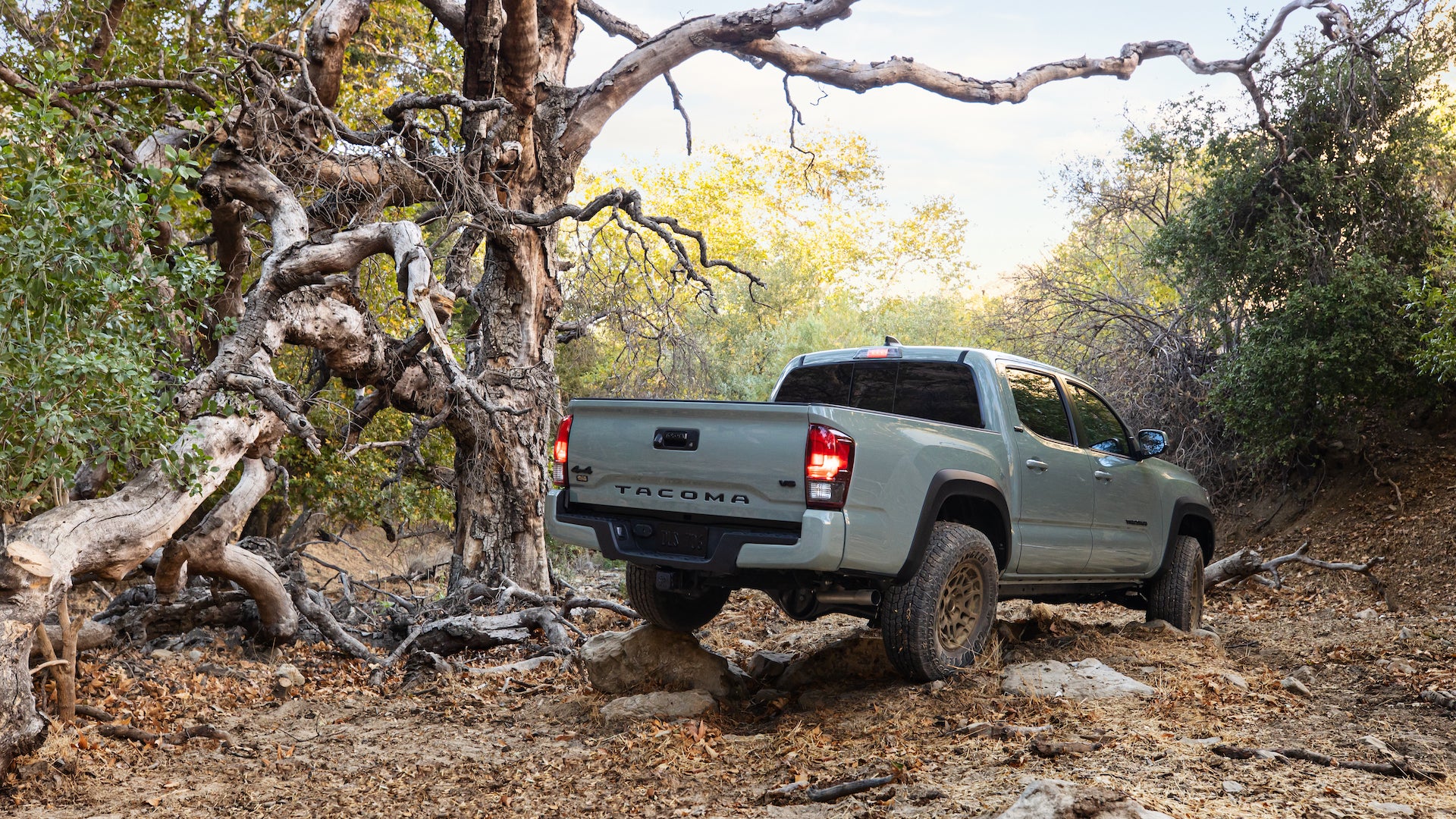 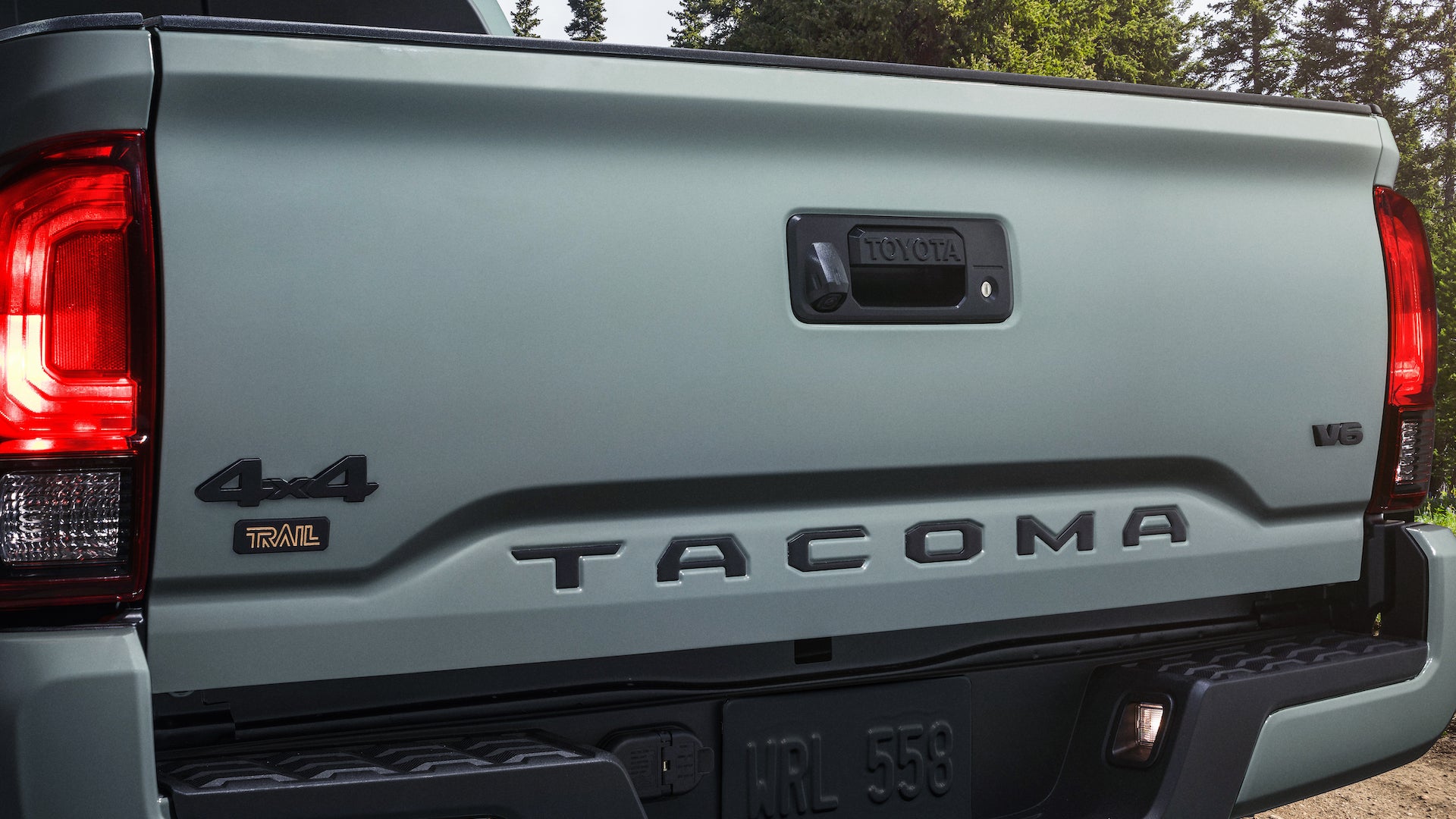 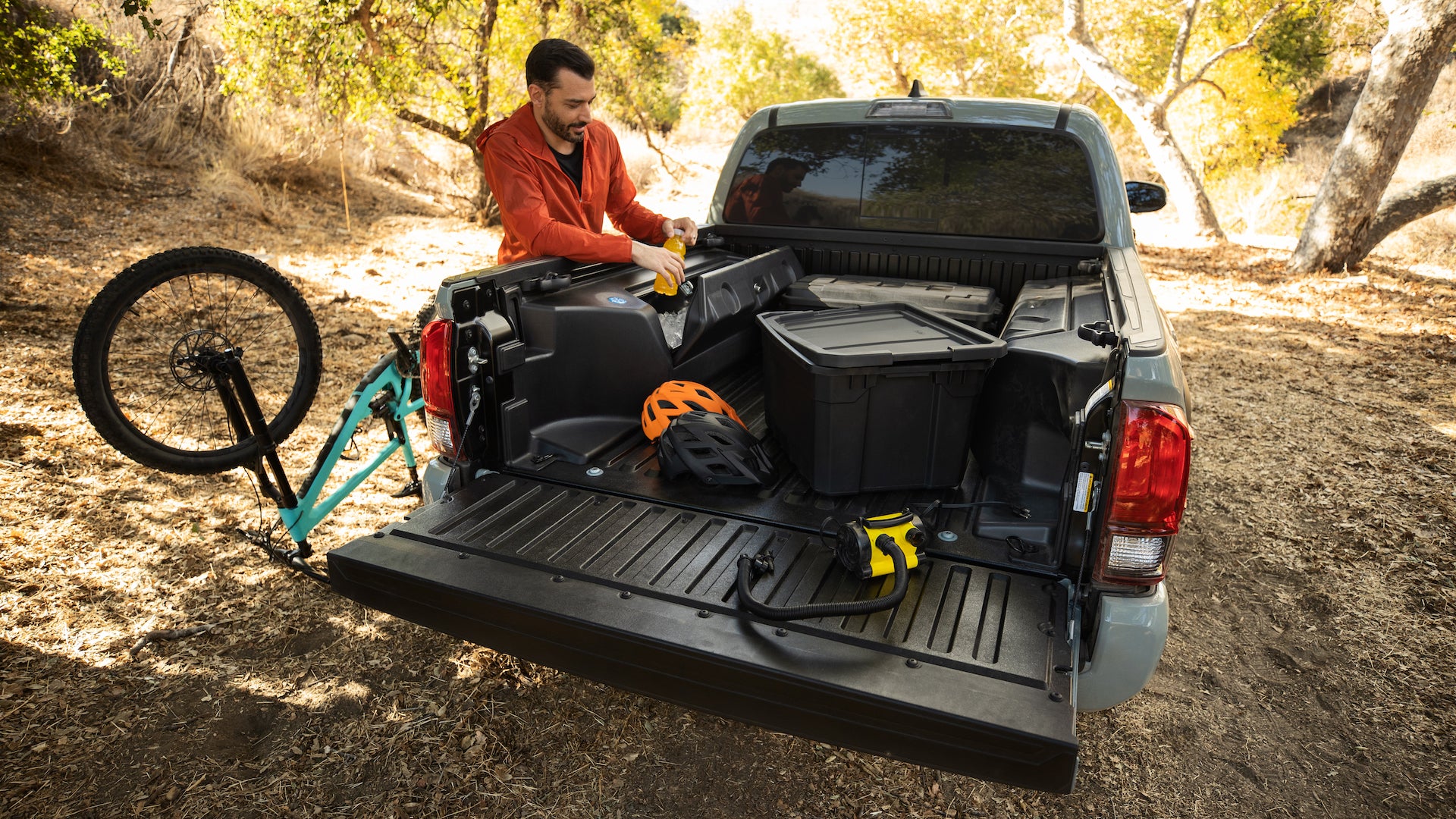 In terms of aesthetics, the Trail Taco (the truck, not the taco you ate while hiking) gets new 16-inch bronze wheels wrapped in Goodyear all-terrain rubber and a throwback front grille with matching bronze “TOYOTA” text. Lunar Rock has been added to the Trail Edition’s color menu as well and while gold or bronze badging (think ’90s Lexus) was never my bag, the bronze-on-gray look on this Tacoma really works.

Just like the TRD Pro, the Tacoma Trail Edition is powered by a 3.5-liter V6 making 278 horsepower and 265 pound-feet of torque. It also comes with a standard Tow Package which results in a max towing capacity of 6,400 pounds.

Got a tip or question for the author about the 2022 Tacoma? You can reach them here: [email protected] 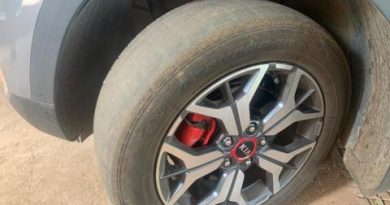 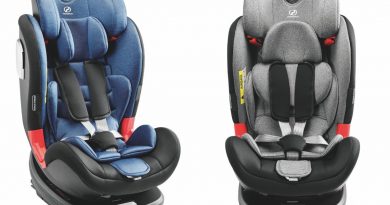