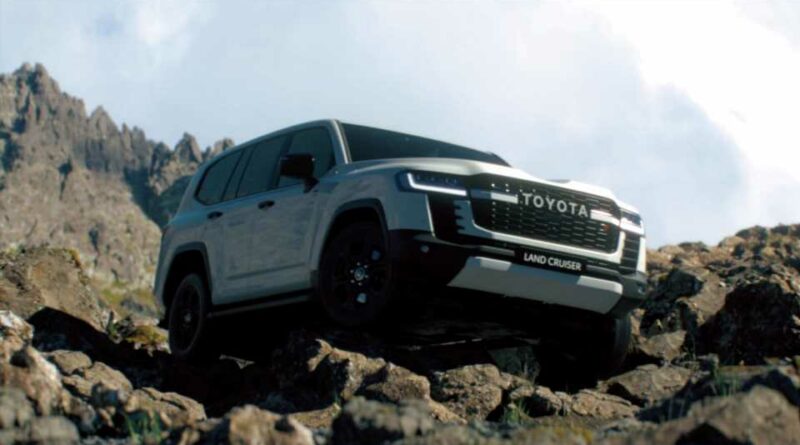 The new Toyota Land Cruiser has finally been revealed and we’re still not sure if it’ll come to the United States. Regardless, the off-road icon’s next generation is completely different from the 200 Series Land Cruiser it replaces, which was introduced in 2007. Aside from the obvious styling changes, it also rides on a version of Toyota’s TNGA platform named GA-F and ditches the V8 for a twin-turbo V6, just like we expected.

Now, the 300 Series Land Cruiser debuted in a Middle East-focused online reveal, so it’s unclear what will make it to each market—like that mysterious Gazoo Racing variant. There’s plenty to cover, though, so let’s get to it. 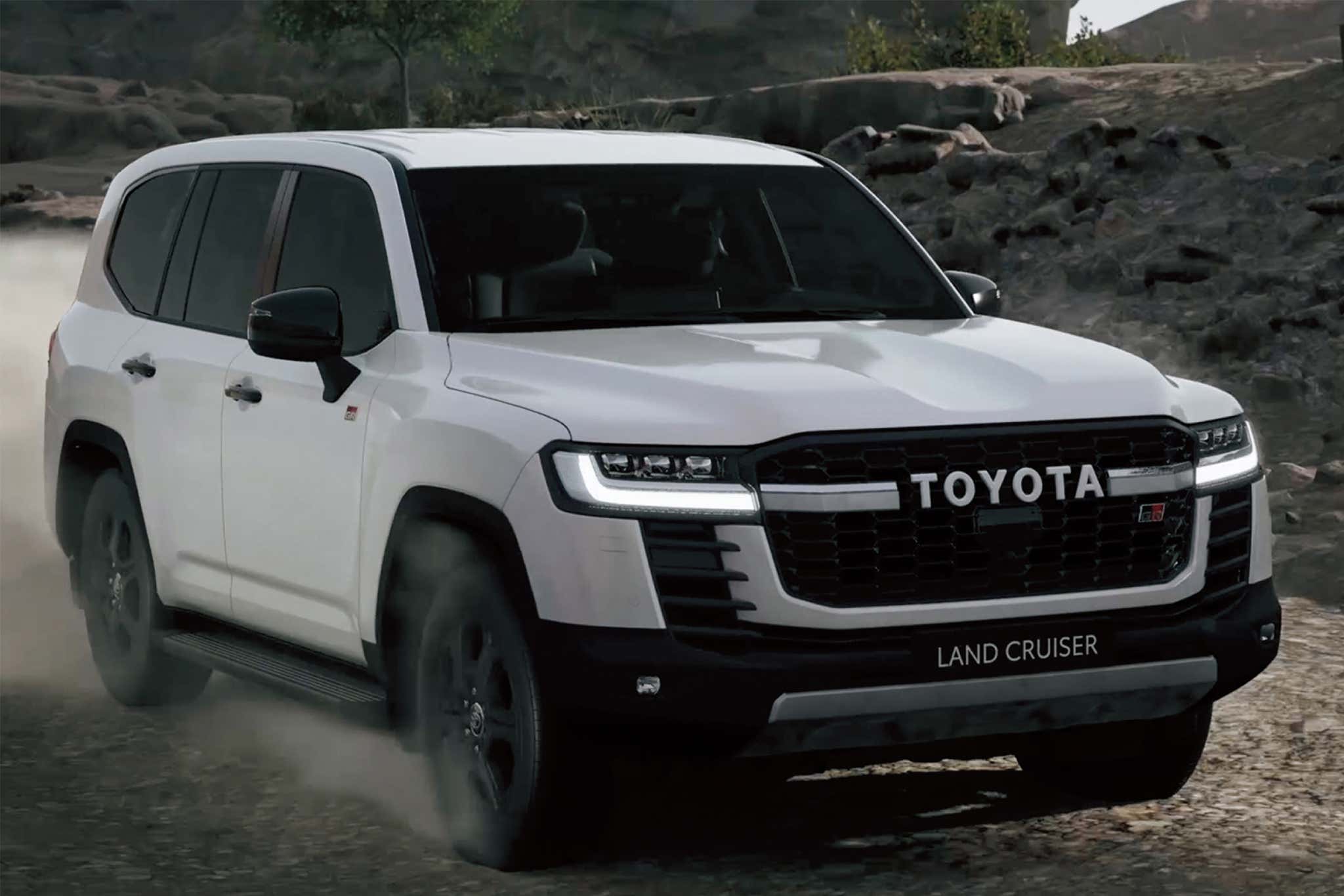 If the next-gen Land Cruiser ever does hit U.S. dealer lots, bet on the newly developed 3.5-liter twin-turbo gas V6 being the lone engine option. It makes nearly 410 horsepower, according to Toyota’s global release, while torque is at 480 pound-feet. That’s a healthy improvement over the 200 Series’ 5.7-liter V8, which was rated at 381 hp and 401 pound-feet.

Other countries that actually buy diesel SUVs are set to get a twin-turbo, 3.3-liter, compression-ignition V6 that makes roughly 305 hp and 516 pound-feet of torque. No matter the engine, power gets sent through a 10-speed automatic transmission. 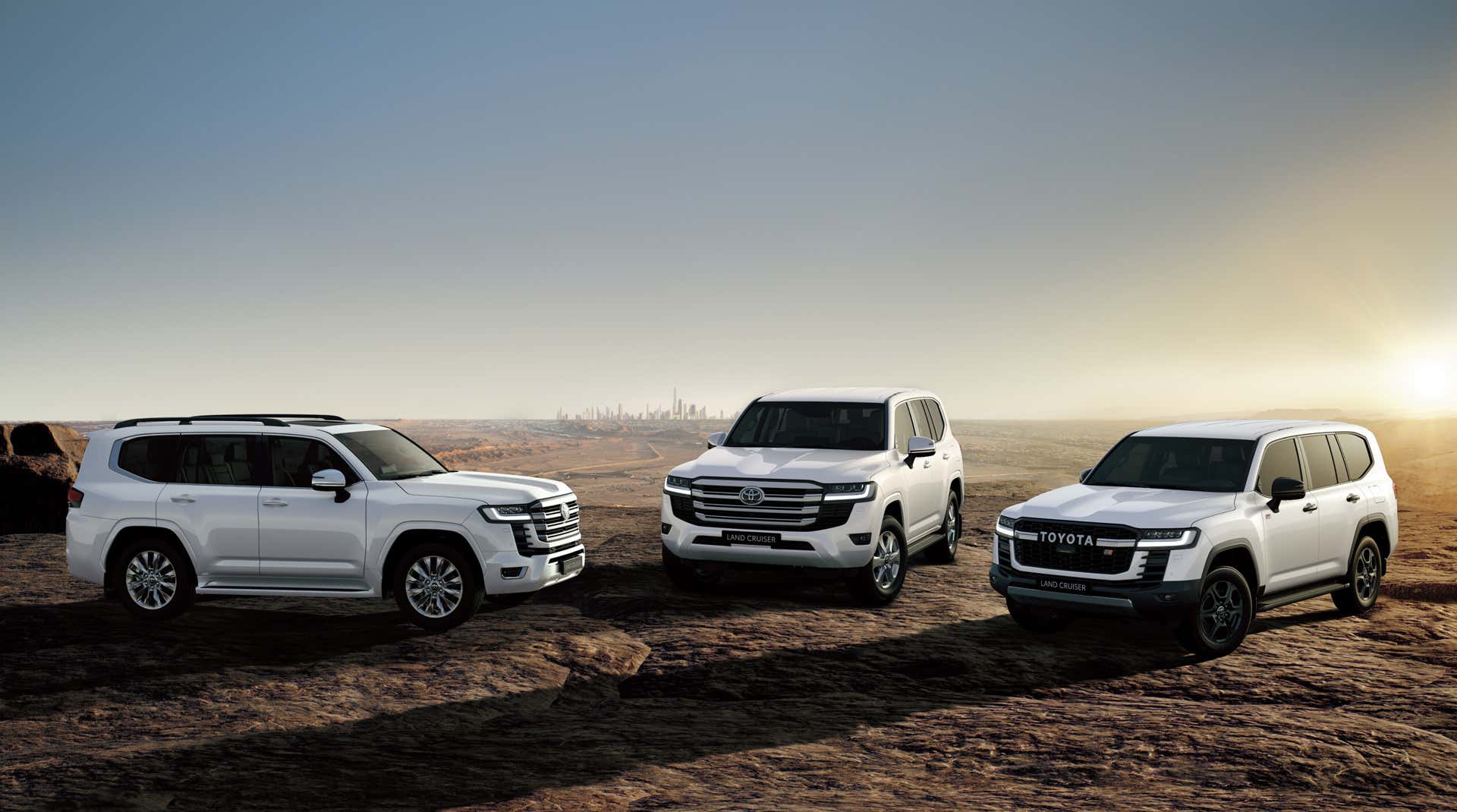 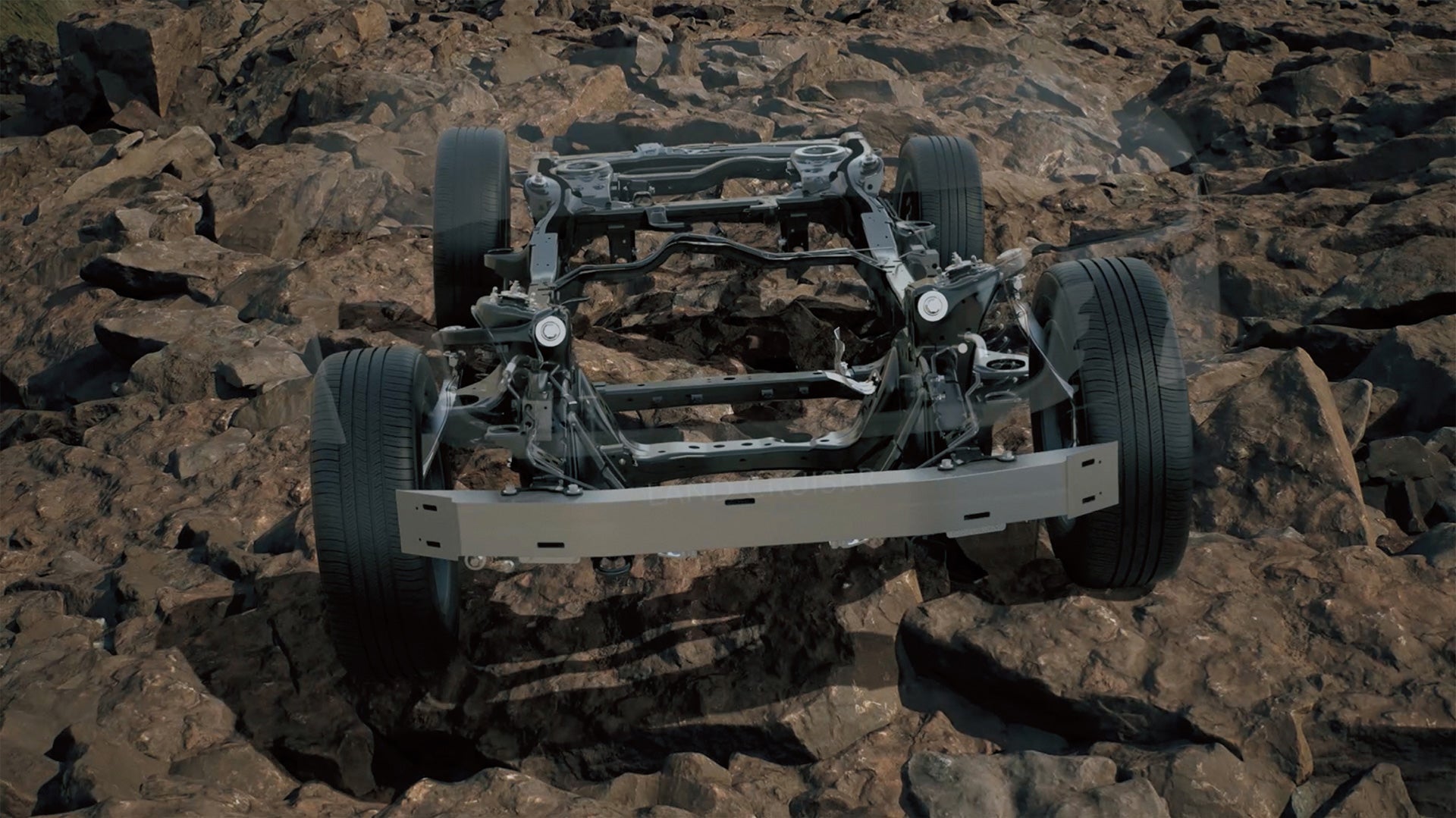 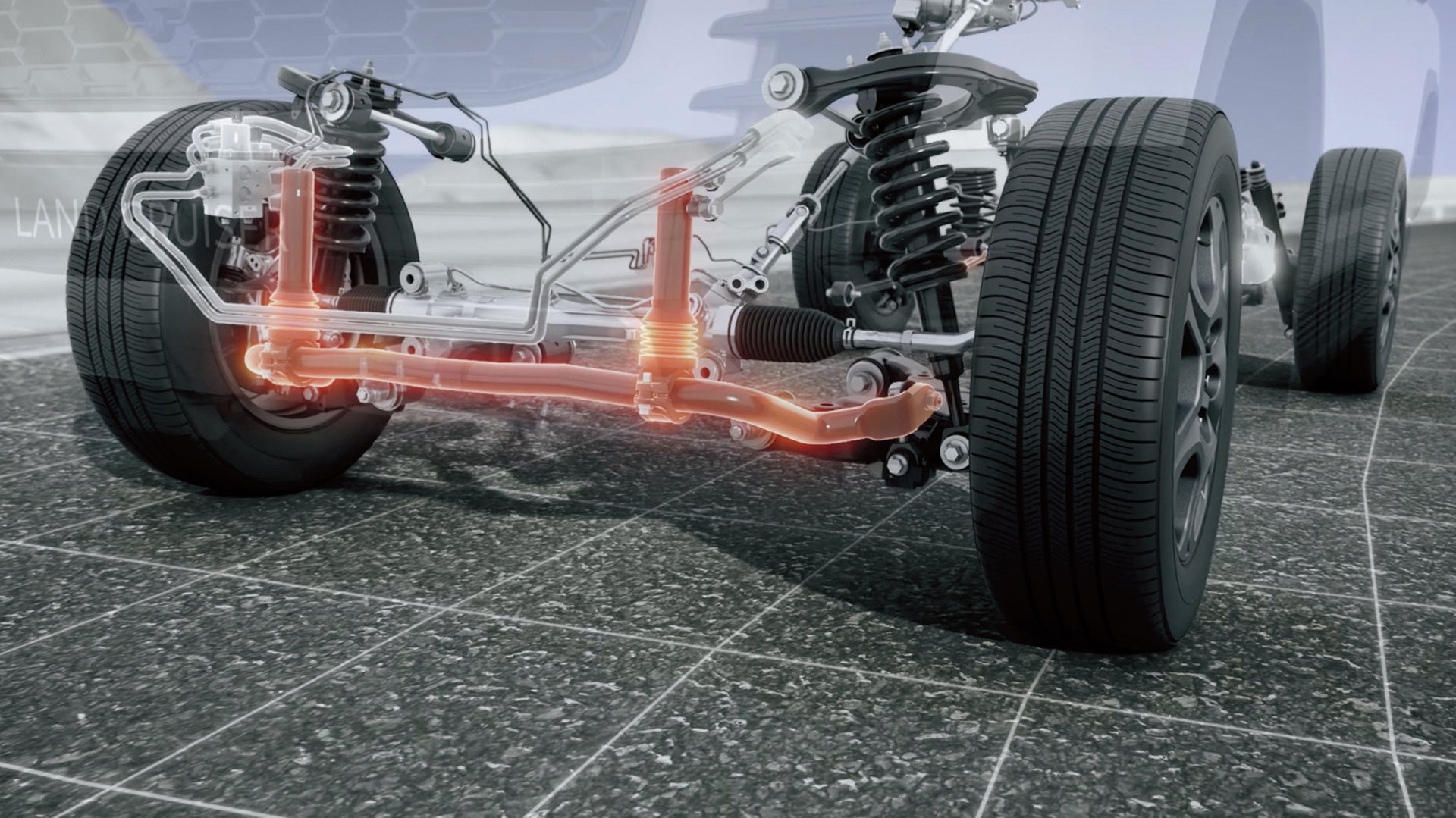 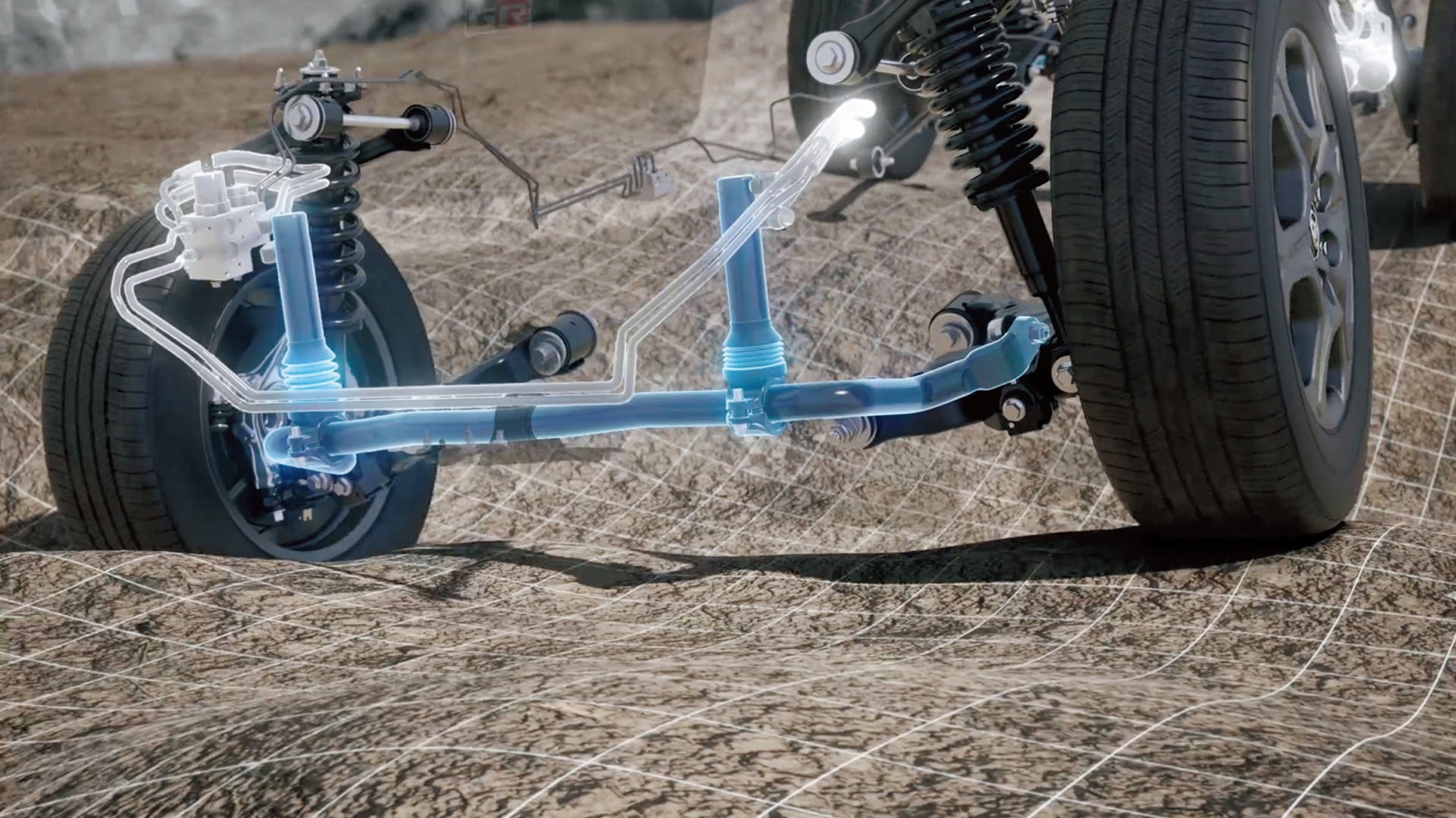 Importantly, the Land Cruiser’s version of Toyota’s New Global Architecture is still body-on-frame. It’s said to be about 440 pounds lighter overall and more rigid than the outgoing model with a lower center of gravity and improved suspension structure. The rig’s four-wheeling prowess is further bolstered by its Electronic Kinetic Dynamic Suspension System, which was introduced on the 200 Series and sticks around for this model. Essentially, it’s a network of hydraulics that can totally disable anti-roll bars when needed for maximum suspension articulation.

Toyota stuck with the old Land Cruiser’s dimensions when building the new one, meaning it has the same length (194.9 inches), width (77.95 inches), and wheelbase (112.2 inches) for the forthcoming model year. That’s great considering how new cars typically bloat with each iteration; when you’re wheeling in tight spots, the last thing you want is an unnecessarily huge truck. 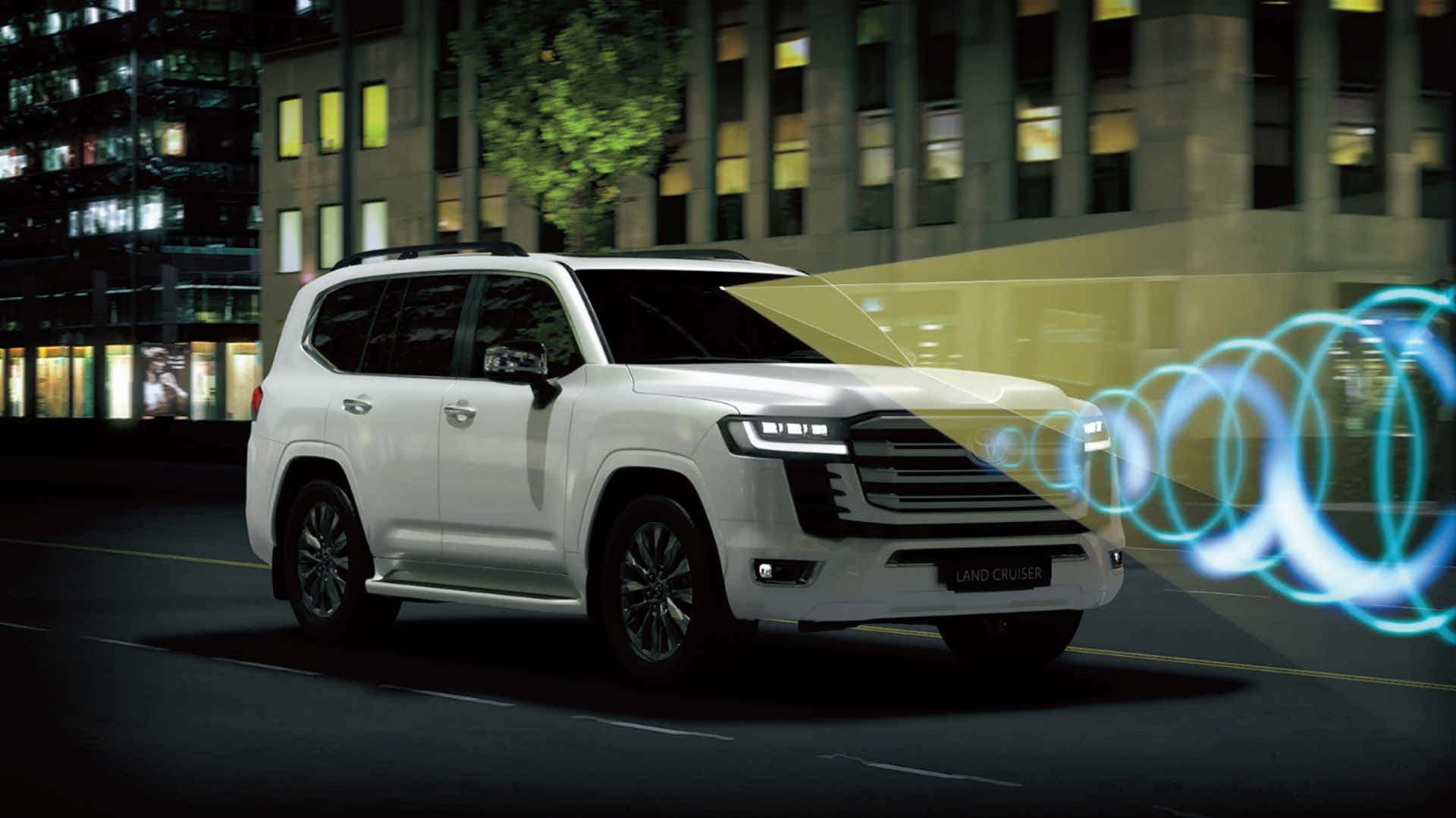 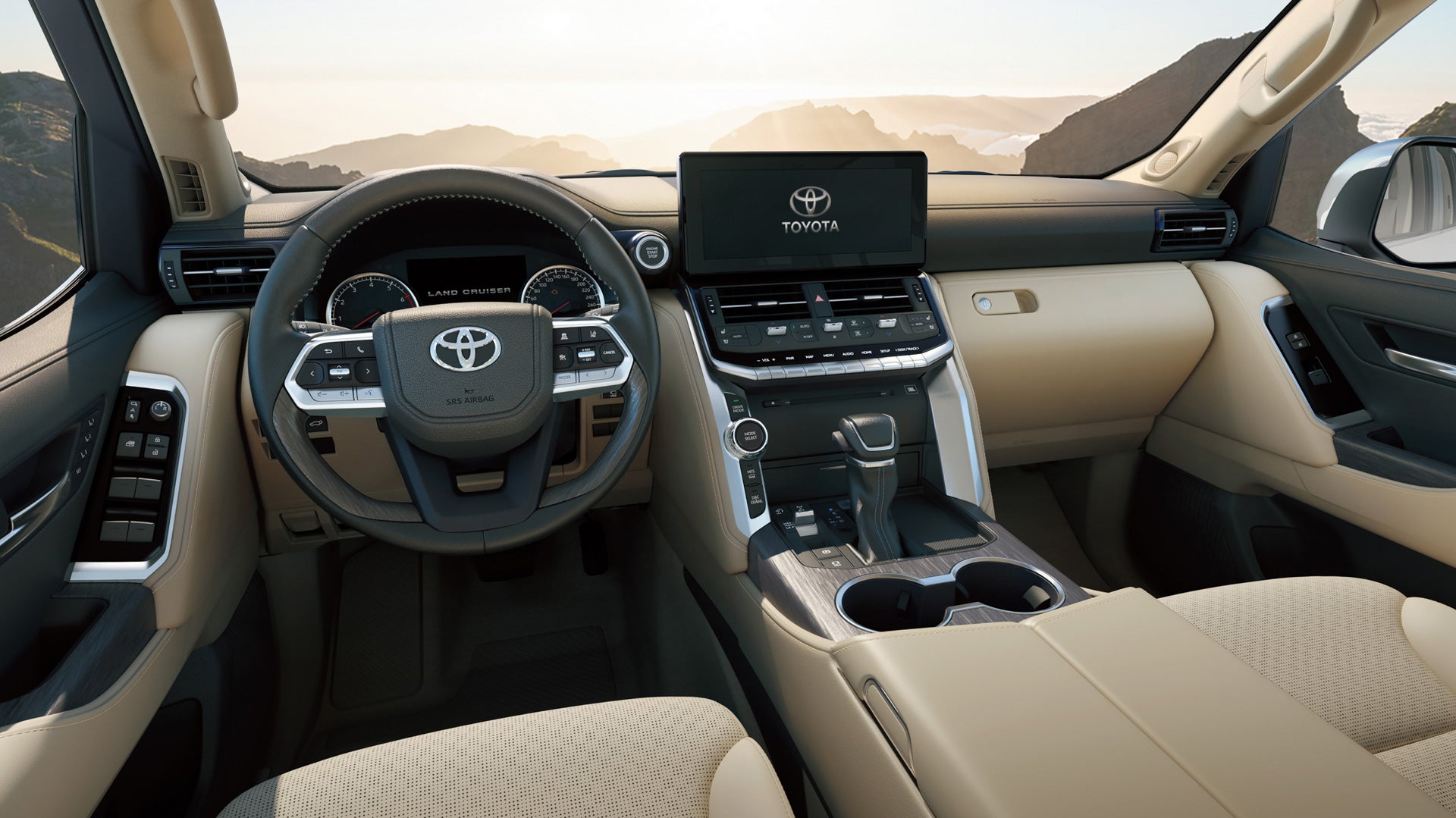 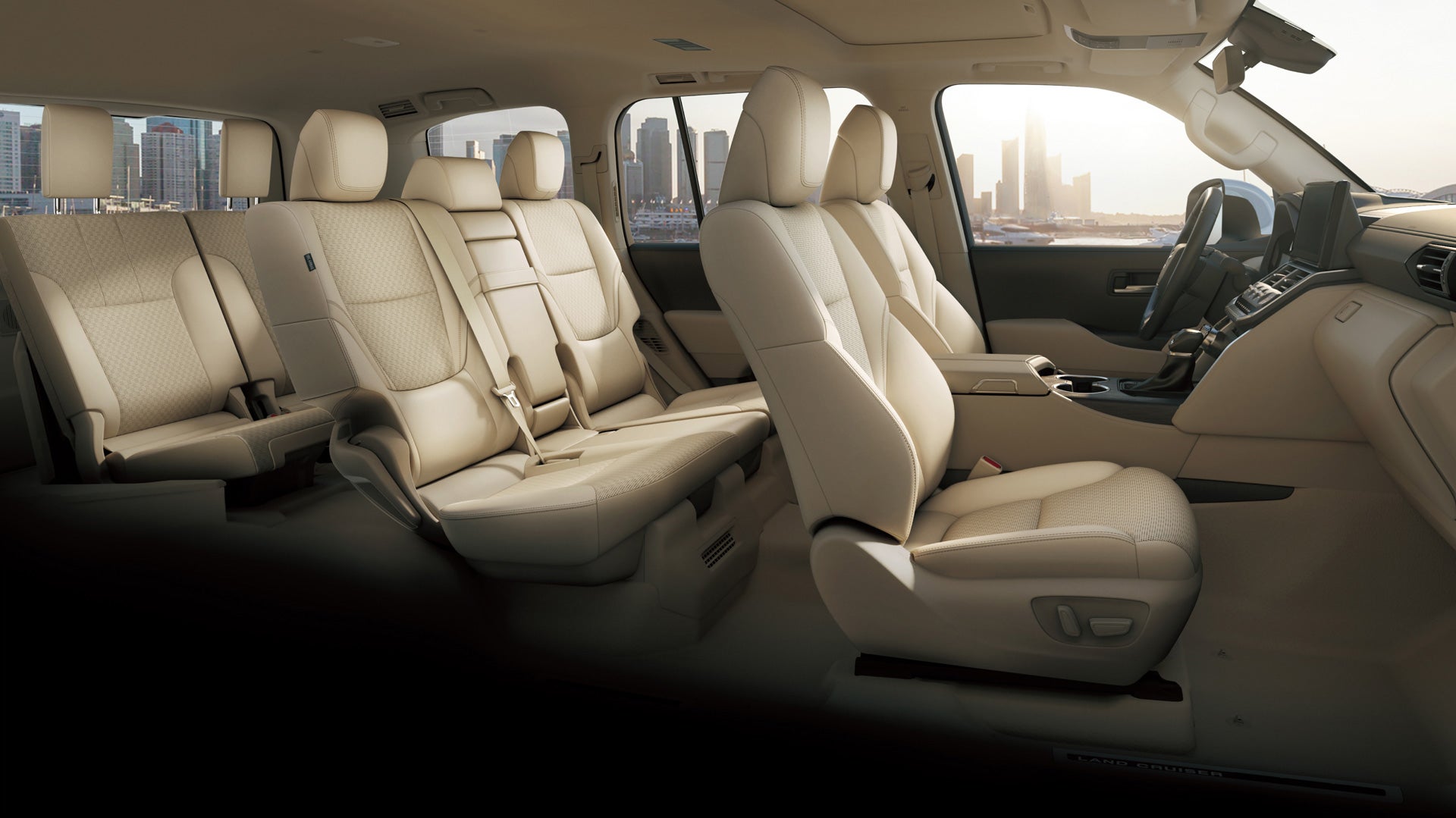 It’s important for us to keep in mind, however, that so many Land Cruisers never actually leave the pavement. Toyota certainly hasn’t forgotten, and that’s proven by the rollout of its latest Safety Sense suite of technology. New functions include collision avoidance for both pedestrians and cyclists, which complement the Land Cruiser’s other active features that help steer it away from trouble.

We’ve reached out to Toyota for clarification on whether or not the 300 Series Land Cruiser will make it stateside, and we’ll update this article with the company’s response. For what it’s worth, Toyota closed its global press release by saying it plans to sell the new Land Cruiser “all over the world starting this summer.” 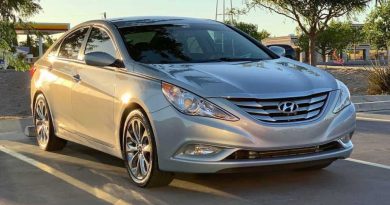 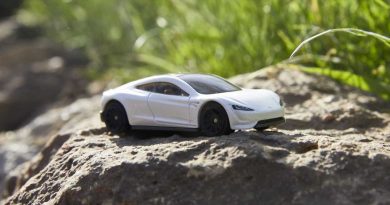 Matchbox Is Revamping Its Brand and Going Green 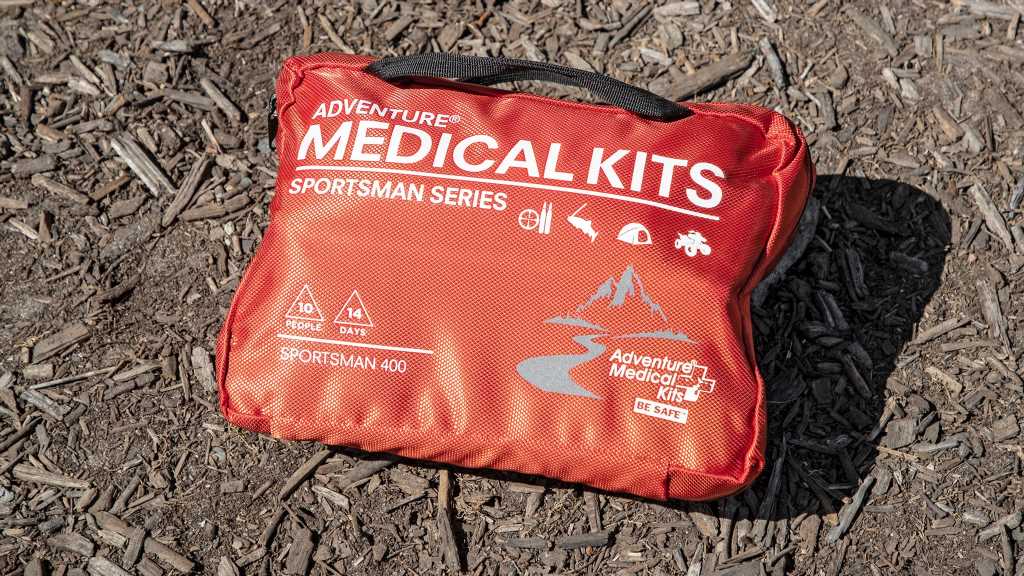 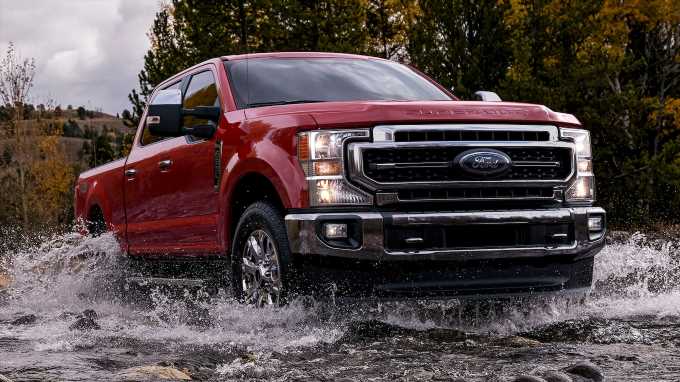 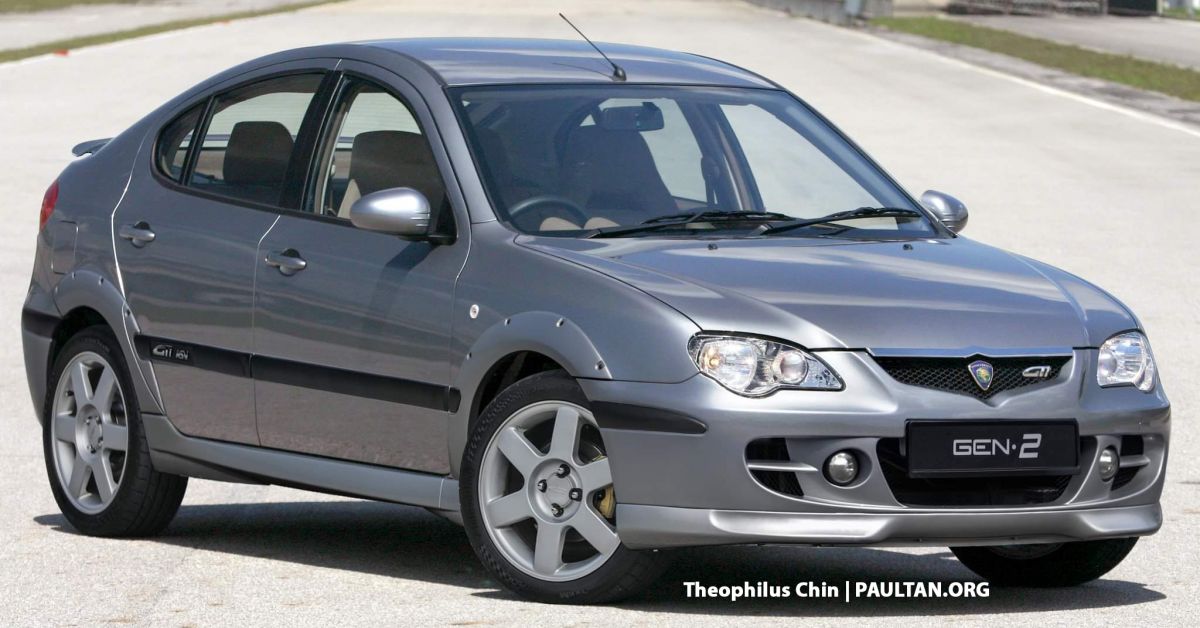 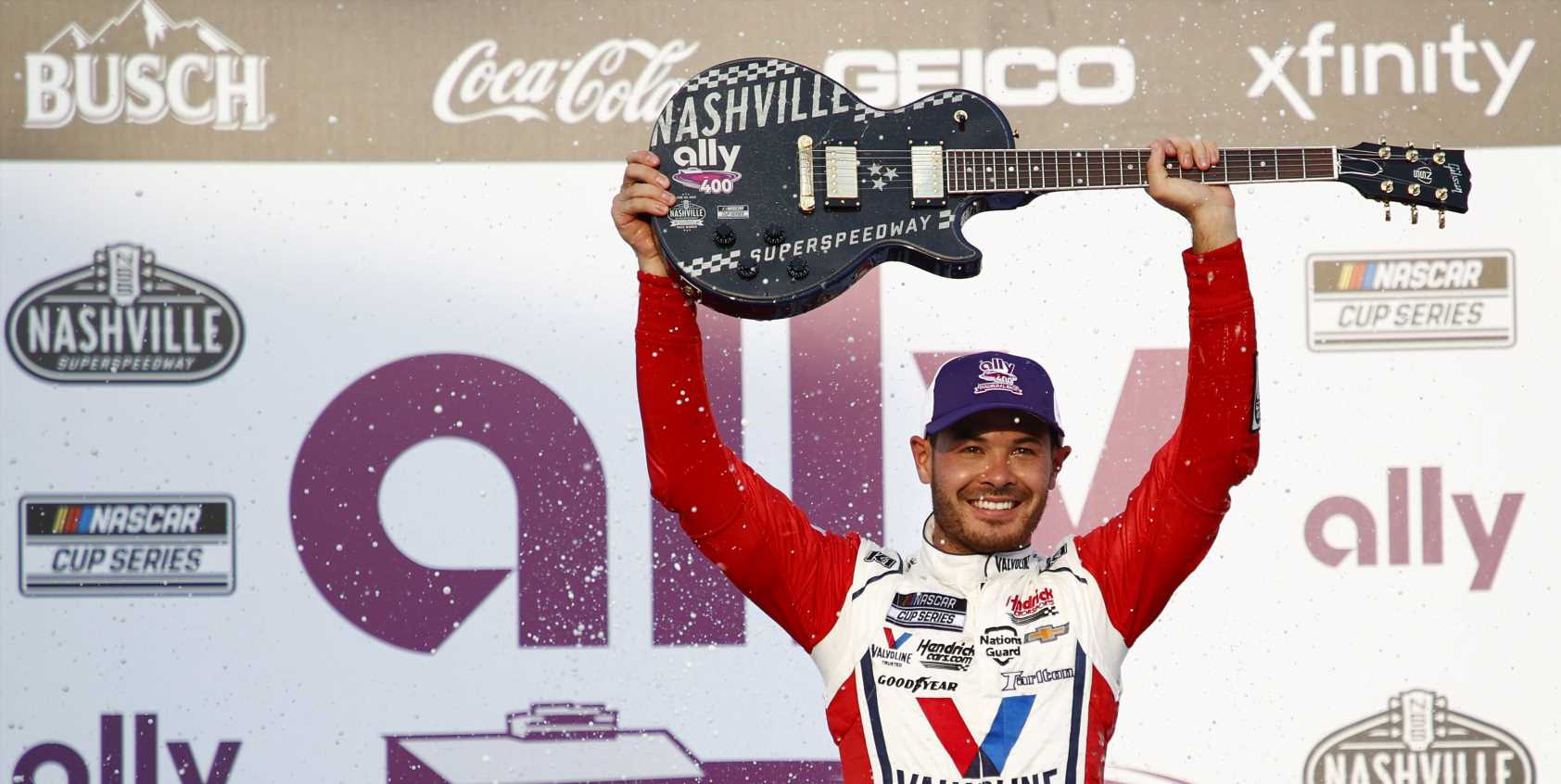