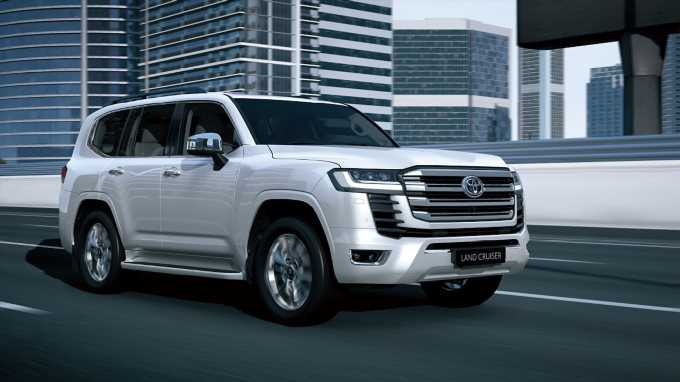 One of the best-known vehicles in the world is getting a long-awaited replacement with the debut of the 2022 Toyota Land Cruiser. Unfortunately for Americans, we won’t be getting it.

The new model, known internally and to Land Cruiser enthusiasts as the 300 Series, is a melding of the tried-and-true 200 Series that’s been around since 2007 and the GA-F derivative of Toyota’s newer TNGA platform. Although it’s still a body-on-frame truck-based vehicle, the Land Cruiser’s frame has been redesigned in an effort to reduce weight and increase rigidity. Toyota claims the 2022 Land Cruiser is 441 pounds lighter than the old model, which we weighed at 5,774 pounds in five-seat configuration and 5,874 pounds in standard seven-seat configuration. Toyota claims to have also lowered the center of gravity (making it less likely to tip over in extreme situations) and improved the weight distribution, although its reported 53/47 percent weight distribution matches that of the last 200 Series Land Cruiser we tested.

Pour out a Kirin for the long-serving naturally aspirated V-8, as it’s been replaced by a twin-turbocharged 3.5-liter V6 making 409 hp and 479 lb-ft of torque, an improvement of 28 hp and 78 lb-ft. In global markets, the Land Cruiser has long been offered with diesel engines as well, and this generation will have an available 3.3-liter twin-turbo diesel V-6 with 304 hp and 516 lb-ft of torque. Both engines will mate to a 10-speed automatic transmission and feature full-time four-wheel drive with a two-speed transfer case. In certain markets, a naturally aspirated gas V-6 with a six-speed automatic will also be available. Regardless, Toyota notes the engine and transmission sit 2.8 inches further back and 1.1 inches lower in the new SUV relative to the old one.

Putting down the power is an updated suspension, though details are thin. The independent front and live-axle rear suspension designs remain, but the company claims to have improved articulation all around. Toyota’s Kinetic Dynamic Suspension System, KDSS, has been updated to E-KDSS, though no details were given. KDSS worked by using hydraulic pressure to modify the resistance of the anti-roll bars or effectively disable them, improving both on-road and off-road performance as needed. We surmise E-KDSS replaces the centrally mounted hydraulic pump and lines with a pair of pumps, one for each axle, which may allow the system to control the axles separately for greater control of body and wheel movements.

Also assisting off-road are a pair of electronic aides: Multi-Terrain Monitor and Multi-Terrain Select. The former is a camera system that allows the driver to see obstacles that may be obscured by the hood or other parts of the vehicle. The latter automatically changes the drive mode based on the terrain rather than requiring the driver to do it manually.

All of the suspension and off-road tech updates were reportedly put through their paces by both Toyota engineers and professional drivers from the company’s Dakar Rally team.

Getting anywhere off-road requires clearance and good approach, departure, and breakover angles. Toyota has not provided these figures yet, but it does say the exterior dimensions and approach and departure angles are the same as the previous model despite the new styling. This would make the new Land Cruiser 194.9 inches long, 77.9 inches wide, and 74.0 inches tall with a 32-degree approach angle and 24-degree departure angle. Ground clearance is likewise unspecified at this time. The 200 Series had 9.1 inches. The wheelbase of the new SUV, however, measures the same 112.2 inches as its predecessor.

The new Land Cruiser’s bodywork, which we’ve seen in previously leaked images, is more blocky and features a bigger grille, but is clearly evolved from the previous model. Toyota says features such as the headlights and taillights were deliberately mounted as high as possible where they’d be less likely to be damaged off-road. Three different front ends are offered, two feature horizontal grille slats and a more street-friendly appearance, while the GR Sport trim wears a black grille and bumper that adds a more off-road-ready look to the model.

The 2022 Land Cruiser is entirely new inside as well. Up front is a more modern horizontal dash supported by a blocky center stack topped with a widescreen infotainment display. A smaller display splits the twin analog gauges in the instrument cluster. Owing to its off-road purpose, all of the buttons and switches are old-school physical pieces, not hyper-modern touch-sensitive panels. Toyota says all functions should be easy to operate by feel while off-roading.

A much bigger departure is found in the third row. For the last two generations, the third-row seats have split down the middle and folded up against the windows when more cargo space was needed. This design is gone, replaced by more traditional seats which fold flat into the floor.

Toyota also updated the Land Cruiser’s safety tech with its Toyota Safety Sense suite of technology. In addition to vehicles, pedestrians, and cyclists, the system now also recognizes vehicles crossing at intersections and can intervene with steering and lane keep assistance when the driver makes an emergency crash-avoiding maneuver. The system will also automatically brake to avoid collisions with vehicles, objects, and pedestrians during parking lot maneuvers. Additionally, Toyota repositioned the driver’s seat to make the latest Land Cruiser easier to drive, as well as to reduce driver fatigue.

While the new Land Cruiser will go on sale around the world this summer, it will be the first model in more than 60 years not to be sold in the United States. We first reported this disappointing turn of events in 2019, which were initially denied by Toyota before an official announcement was finally made late last year. Toyota has hinted at some potential Land Cruiser news for the U.S. at some point in the future, but according to our sources, we will only get a new generation of the Land Cruiser-based Lexus LX.

Toyota only builds the Land Cruiser in two factories and it can’t enlarge either, so global supply is constrained and the company expects the new model to be very popular abroad. In the U.S., sales numbers have been small for years in part due to the high starting price. The Lexus LX sells at a higher price with a commensurately higher profit margin, so rather than continue to sell both, Toyota will only sell the more profitable Lexus model in our neck of the woods. We expect information on the next-generation LX to be announced later this year now that the 300 Series Land Cruiser has finally been revealed. 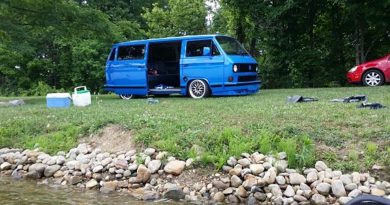 Build or Buy: A Not-So-Vanlife Van 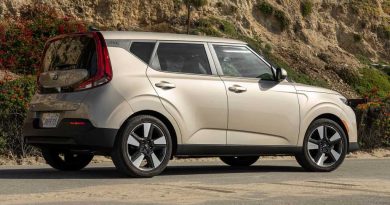 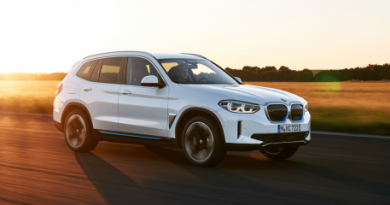