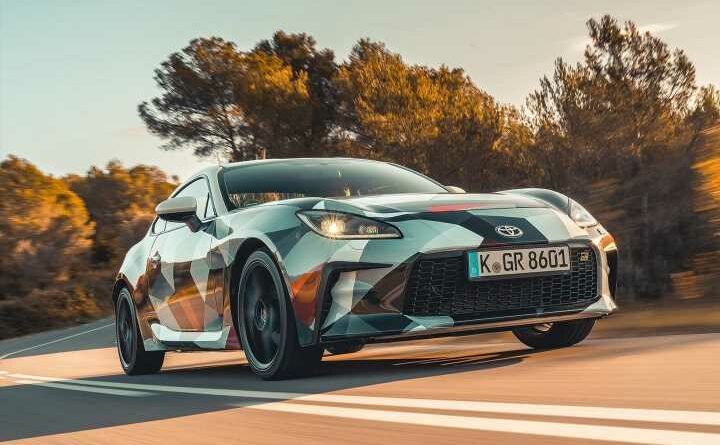 Thought the GR Yaris was good? You ain't seen nothing yet…

A BMW 320d won’t win from the lights now. The torque dip is gone. It sounds better. It still wants to rev, and 0-62mph in 6.3 seconds feels believable. It might even just about be called quick. If you take nothing else from the new Toyota GR86 reviews, if indeed you aren’t actually that bothered at all, know that the Toyota sports car now has the powertrain it’s always deserved. The old jokes no longer apply.

The Gazoo Racing 86 is, however, rather more than a GT86 with a bigger flat-four and the wheels from a GR Yaris. This is Toyota, after all, and attention to detail is paramount. Last time we got 86mm tailpipes to match the engine’s 86mm cylinder bore; this time the centre of gravity has been lowered even further (with an aluminium roof and front wings) and moved rearwards, and the GR86 sits 10mm closer to the ground with a hip point that is 5mm lower as well. From a car already renowned for its driving position and low-slung feel.

Additional chassis bracing has increased torsional rigidity by 50 per cent, the FA24 engine weighs the same as the FA20 despite the swept capacity increase, the rear anti-roll bar is now connected directly to the subframe, the engine mounts are liquid filled to reduce vibration… Toyota has been through the package with a fine toothcomb to address its predecessor’s well documented limitations. The GT86 was almost brilliant – this car is intended to nudge it even closer, which is some prospect. “An analogue car for a digital age” is how Toyota pitches the 86, which couldn’t sound any more PH if it tried. It’s a front-engined, rear-drive, manual, sub-1300kg coupe, which makes peak power of 234hp at 7,000rpm and – perhaps more crucially – delivers peak torque of 184lb ft at 3,700rpm. Against 6,400rpm before. All the ingredients are there for a meaningful improvement over the GT86 – does the GR achieve it?

The eagle eyed will have noticed this isn’t quite the finished car. The funky wrap appears on these prototypes because the European reveal isn’t for a couple of weeks, although it’s hard to imagine the car set for these shores will look any different to those seen thus far. Even disguised, the GR is a more convincing bit of design than the GT even with similar dimensions. The stance is more confident and the details more sophisticated. Perhaps it’s not as immediately distinctive – both sets of lights a little more generic than before – although it might potentially seem more premium. Given it’ll cost more than before, that’s probably a good thing.

Same goes for the inside – the GR is familiar, yet improved where work was needed. So the ambience is nothing exceptional, but the fundamentals – driving position, contact points, visibility – are near enough spot on. (Initially the wheel seemed a bit low and far away, an impression that faded with time.) Those nasty old ventilation controls have been replaced, the infotainment screen is larger and better, and the driver’s display is more modern, if still not the last word in clarity. What needed to be better now is; what you really hoped would stay has been left alone.

Which neatly describes how the GR86 drives, too. For all its flaws the old car was great fun, refreshingly unpretentious and deeply enjoyable in the right setting. By and large the just-so simplicity remains; the dampers are still passive, the steering doesn’t have modes and the powertrain doesn’t require configuring. You get in, you drive, you smile – there’s precious little more to the GR, as an overall experience, than GT.

Except that everything feels that bit better. A ride that feels a smidge firmer (perhaps because of an 18-inch wheel on the test cars) ensures fantastic body control, the car unerringly poised and totally transparent; direction changes are a joy as the car flits this way and that without delay, with you as the driver dropped down in the belly with complete confidence and control. A Michelin Pilot Sport 4 tyre (the infamous Primacys will be offered on a base model) gives more faith at turn in, the front end now with greater purchase and conviction while retaining the modest 215-section. In truth both brakes and gearshift feel as they were before, which means firm and reassuring. As a lesson in how sports car brakes and gearboxes should feel, there are still few better.

It means even an amble down the road is enjoyable, the mechanical cohesion of the GT86 package most certainly translating to the GR refresh. Everything you’re in control of is located, feels, and responds exactly how you would hope for in this kind of car – it’s seldom that actually ever happens.

By a mile, though, it’s the engine that makes the biggest difference. A wholly positive one, too, it should be said. The increase in torque – 184lb ft at 3,700rpm, against 151lb ft at 6,400rpm – completely changes things for the better. It means third can be used to link bends, rather than desperately flitting up and down the gears to keep it on the boil. You can short shift and still make convincing progress; overtakes no longer require a risk assessment before taking the plunge; fourth works for slip roads before cruising in sixth. It makes for a more mature, relaxing ’86 drive in real life, yet with thrills still there as required: peak power is at 7,000rpm (as before) and the limiter is at 7,500, with every single revolution feeling worthwhile. A rework of the sound symposer means a smoother, sweeter sound than before, too, less gruff certainly, if still not exactly melodic. The ratios are sensibly spaced and the gearshift slick, meaning however you want to drive the car is willing to accommodate. Put simply, the additional torque has substantially broadened the appeal, retaining familiar ’86 characteristics while addressing perhaps its biggest flaw.

Moreover, it means being able to work the chassis more convincingly. The GR hasn’t suddenly become a C63, able to light up rear tyres at will, but those sensations we crave in a front-engined, rear-drive car are more readily accessed now. Obviously184lb ft still isn’t a lot, yet it means the 86 can just be felt squirming a little on the way out of bends in the way the old one couldn’t, with all the systems engaged. It feels rear-wheel drive all the time, and not just with the gung-ho commitment the old car required. Given this will compete against lots of great front-drive hatches, subtle if significant reminders of where the money has been spent are certainly welcome. At any speed, the GR86 is a joy on the road.

It might be even better on track, though. Again the torque adds another dimension, meaning a gear too high out of a bend is no longer the end of the world – the GR pulls with conviction to spare most of your blushes. The Track setting is excellent, too, and not just for the tacho switch to full racecar. Where once even the more lenient system settings felt restrictive, intervening abruptly and prematurely, a circuit mode for the VSC now works almost perfectly. There’s more than enough freedom to explore a gloriously benign balance, with a just gentle helping hand there as required. On a track day it promises to be tremendous fun; the lightness and agility are still to prominent, meaning tweaks to your line off the throttle, with more muscle from the engine and smarter assists to ensure the gas can adjust the attitude as well. All without getting told off by the marshalls. Much.

Of course, those who want to go the whole hog are free to do so (it’s just another button press), and it’s a challenge the 86 relishes. It powerslides wonderfully well, a textbook display of how good this layout can be; the Torsen diff accurately distributes power, the steering lock is ample, the throttle response excellent and the balance uncanny. The GR is capable of proper grown-up skids in third gear now – irrelevant for your Monday morning commute perhaps, but so easy to indulge that if ever there was a car to sample on circuit, it’s this one.

That the newcomer does all this without needing a dedicated track suspension mode, a new set of tyres after every drift or fresh brakes every three laps only increases its appeal. Here’s a sports car that’s equally entertaining on road as it is on track, and where the distance between the two is measured by a stability control setting. Short of very expensive Porsches or something exceptionally lightweight, that duality doesn’t really exist anywhere else. Certainly it shows up the obsession for driver modes and electrified this and active that for the sticking plaster that it often is. And that doesn’t mean that the very keenest track day goers won’t potentially want a firmer brake pedal or a tad more steering weight – but as an everyday compromise, one that’s going to be more than agreeable on the journey home as well, the GR86 is hard to find fault with dynamically.

You’re sensing the enthusiasm now, hopefully. If nothing else the new model fulfils the potential we all suspected was there in the cleverly engineered platform, and does so without compromising on the original vision. It still revels in being driven like it’s a Best Motoring video star, standing up to abuse and delivering hilarious entertainment, yet also offers up a more rounded experience which will pay dividends in everyday use. In short, as a sports car, it is little short of superb.

Factor into that assessment the stone-cold certainty that manual gearboxes and atmospheric combustion engines are now on borrowed time, and – even in prototype format – it’s hard to deny the car or its maker the sort of adulation that mainstream manufacturers rarely even target, let alone earn. Toyota’s ambitions for its rear-drive coupe were always admirable; now, at the second time of trying, it appears to have delivered a model worthy of them. European sales can’t come soon enough (deposits are being taken from next month, deliveries are in May), particularly as the manufacturer is hinting that the starting price will undercut the GR Yaris. Almost from day one, Gazoo Racing’s hatchback deservedly found a wider audience; if there’s any justice, the GR86 will get nothing less. It is another absolutely fantastic driver’s car from Toyota. 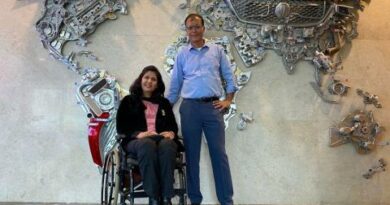 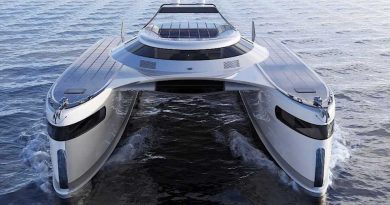 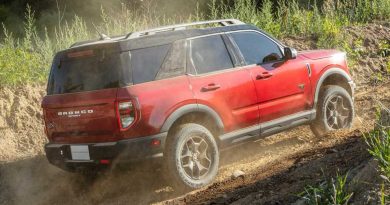