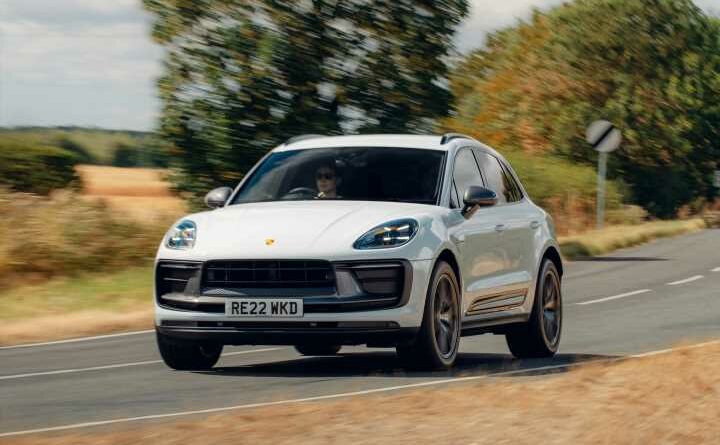 Is the new Porsche Macan T now the sweet spot in the range?

I had afternoon ‘T’ in Surrey yesterday. Not the tea and scones kind, the Porsche kind. Because it was the UK launch of the new Porsche Macan T. Until now, that letter has been the preserve of 911s and 718s, but now it’s found its way onto the rump of Porsche’s littlest SUV – a car not long for this world, with the next generation of electric Macan being readied in the wings. As we’ve seen the ingredients before, you’ve probably got a good idea of what to expect here. Essentially, a GTS-flavoured Macan with an entry-level engine.

That means sportier looks. And it looks good, certainly good enough to trick the uninitiated into believing you’ve got something fruitier under the bonnet than VW’s venerable EA888 2.0-litre. There’s a smattering of Agate Grey Metallic to jazz up what’s either body coloured on the entry-level car – the door mirrors, more of the lower front bumper sections and also the sills – or replace what was simply black plastic – the door blades and rear spoiler, for example. The T also has black quad exhausts and dark titanium 20-inch alloys, which would be a £2,436 option if you wanted them on the base model. And that’s also the point: just enough equipment gains to justify the £5,000 price hike over the base Macan. So along with the Sports Chrono Pack (a £704 option on the basic car) you also get a GT sports steering wheel (£383), Sports seats with part-leather, part-Sport-Tex Stripe inserts and silver stitching.

There’s no more power, though. The outputs are pegged at 265hp and 295lb ft of shove, which means the on-paper acceleration to 62mph is a sprightly, but not astounding, 6.2 seconds. However, there are some other changes underneath. For a start, the T comes with PASM as standard (that’s another £816 extra on the base Macan) and it’s unique. Only the T comes with PASM and steel coils lowered by 15mm. If you opt for the air suspension, the ride-height drops by a further 10mm. There’s also a stiffer front anti-roll bar, and retuned chassis settings to take advantage of a 58.8kg lighter engine than the V6 in the Macan S. Because this is meant for the more driving-focused enthusiast, the Porsche Traction Management has also been tweaked to make the T more rear-biased. Lovely stuff.

The first this to say is that spending another £1,044 on air suspension would appear to be pointless. If you’re expecting a Macan with steel springs and a lower ride height to ride like an arthritic donkey with no saddle, it doesn’t. It rides very well, actually. Yes, the Macan T has the kind of belts and braces control that means it doesn’t tie itself in knots over challenging on-road terrain, but the suspension is sophisticated enough that it can still pick out the barbs from pretty much any intrusion. It doesn’t trip up over sharp stuff and it absorbs the initial impacts from larger lumps, like sleeping policemen, then controls the aftereffects superbly, too.

In fact, this is the dark arts of suspension tuning at it’s best. It’s so skillfully set up that you can run it in Sport +, which is the firmest mode, and the T still won’t crush your spine. Not even on the roads around Chobham, in Surrey, where I found myself venturing, and which I know from years of experience can make anything feel a bit brutal. These roads are coarser than a potty-mouthed cockney, and yet the T isolates you from any suspension noise or surface graininess supremely well. There’s not even a lot of wind noise, so it feels like a quality product.

Then there’s the body control. That’s bloody marvellous for a car just shy of two tonnes. Despite its mass, the vertical movements are checked quite brilliantly even in the toughest circumstances. And again, the roads we’re talking about could’ve been designed to expose any weaknesses. What you find is that you can enter a corner knowing full well that if there’s any unevenness in the middle of it, the T will deal with it and not deviate off line. It’s incredibly reassuring. Especially when you add to that typically Porsche steering, which is well-weighted and sensibly geared. The only complaint there is that it’s also as dull as the two-generation-old Audi Q5 on which it’s based in terms of feel. Still, this feels like a minor matter. The overriding impression is a hugely satisfying and enjoyable SUV to tackle B-roads with at seven-tenths.

But there’s the crucial distinction: ‘at seven-tenths’. Because if you really start to press on – leaning on the brakes a bit more or carrying just a touch more speed into corners – the Macan T disappoints. I’ll point out before I get stuck into why that is, this was a hot day. 30-degrees ambient, so the sun-baked tarmac would’ve been considerably hotter. Perhaps too hot for the Pirelli P Zero tyres to grip up properly, and maybe the Michelin Latitude Sport 3s, which I noted were fitted to the other T on test, would’ve worked better. I don’t know, because I didn’t get to drive that car and they’re not a speccable option anyway. You get what you are given from what’s available when each car passes down the production line, apparently.

What I can say is that this car – on this particular day – lacked front grip. It simply drifted into ho-hum understeer at surprisingly low speeds. What about that rear bias, then? Well, for all the tweaks to its traction management and the added cost option of Porsche Torque Vectoring Plus fitted to the car I was driving, there was no evidence of that, either. It just wasn’t playful. Once, just once, I felt the rear move under power. And that was at very slow speed coming, out of a T-junction, and no more than a twitch. The rest of the time you could barely feel the drive being sent rearwards under power, so the kind of oversteer that’s available to Macan S owners was completely absent. Now, I am not saying this is a crucial thing for everyone, but I do think it’s worth pointing out before anyone goes and orders a T under the illusion that it’ll be the best-handling SUV ever. I am afraid this one wasn’t.

Still, I do have my suspicions that the heat and tyres were a factor, because even the braking didn’t seem up to the usual Macan standards. The pedal feel is quite solid at slow speeds but it goes a bit soft and dead when pressed harder, but that’s still fine. What isn’t, is when the ABS seems to trigger unexpectedly easily. I wasn’t doing emergency stops, I promise. Just braking a little harder, consistent with a typically spirited drive.

It’s not like this car thunders up to bends after deploying its huge power. The straight-line speed is perfectly adequate, and the T is very driveable, too – the EA888’s forever-flat torque curve, as always, means it picks up and goes pretty much whenever you need it to. Maybe because the torque is a bit too evenly distributed, though, because it never feels that exciting or very quick from behind the wheel. And nor does it sound that great. All you get to savour is a four-cylinder, gravelly rasp at full chat. It’s perfectly pleasant but, equally, a little bit dull. There is a sports exhaust option, but this car didn’t have it and I’d be surprised if it’s transformative. Sure, the dull pleasantries from those four tailpipes will be louder, but any more melodic? I doubt it.

So there you go, then. The Porsche Macan T looks pretty special, and it’s comfortable and refined and very lovely to drive, up to a point. Now, if that doesn’t bother you, then I reckon you’ll be quite chuffed with the standard car and an extra £5,000 in your bank account. Yet if you are looking for more from your sporty SUV – looking to tap into the Macan legend you’ve heard about many times – then, from what I’ve experienced I think you’ll be a bit underwhelmed. So you should chuck another £1,000 at the problem. Go for the much quicker, much fruitier-sounding and, from my last experience of one, very much more playful Macan S. 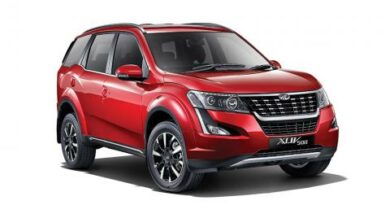 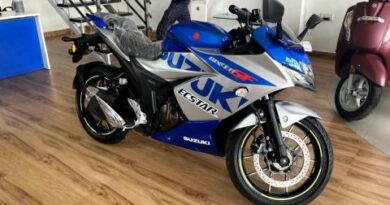 Test rode the Gixxer SF 250, dealer asking me to buy the same unit