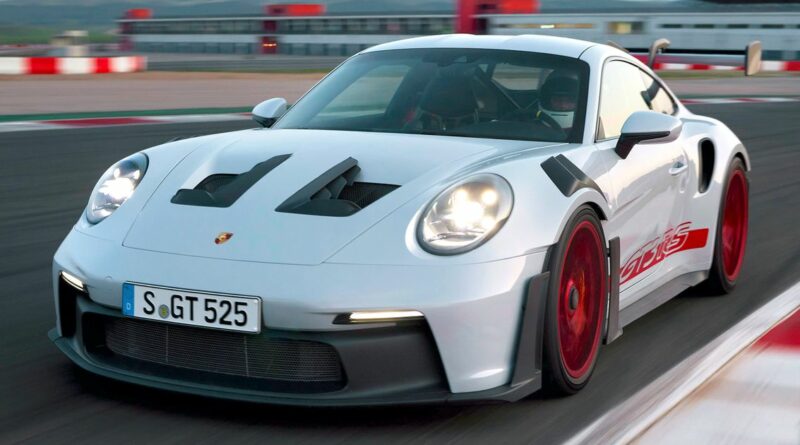 The 2022 Porsche 911 GT3 RS is finally here, and it’s the most hardcore, track-focused version of the 992-generation 911 yet. The new GT3 RS was always going to feature some additional bits and pieces to give it an edge on the race track, but Porsche’s engineers have gone wild in the aero department.

The new GT3 RS includes a host of ridiculous aerodynamic touches over the GT3, such as slashed and vented bodywork, roof-mounted wind deflectors, redesigned nostrils and, of course, a frankly enormous swan-neck rear wing. Power is up, and carbon fibre is plentiful, so this car has all the makings of a serious racing machine.

The new GT3 RS is powered by an uprated version of the 4.0-litre flat-six found in the regular GT3 (if you could call a 503bhp roadgoing race car ‘regular’) as well as the 718 Cayman GT4 RS. In the 911 GT3 RS, it’s turned up to 517bhp. The naturally aspirated engine’s power is delivered to the rear wheels through a lightning-fast seven-speed PDK dual-clutch automatic transmission.

Significant use of carbon fibre reinforced plastic (CFRP) means the RS tips the scales at 1450kg, helping it reach 0-62mph in a claimed 3.2 seconds. However, Porsche has a history of being conservative with its 0-62mph times, so expect this figure to be much lower in reality.

Interestingly, the RS’s top speed of 184mph is slower than that of the regular GT3 – likely a result of the car’s heavy downforce package being set up for quick lap times rather than out-and-out speed.

Speaking of downforce, the enormous rear wing is a fully active aerodynamic piece that features a hydraulically adjustable top element, which opens up to provide a Formula 1-like Drag Reduction System (DRS). Pretty high-tech stuff for a road car. It also helps the GT3 RS produce three times as much downforce as the current GT3, with 860kg of downforce at 177mph.

Other significant aero pieces include the new front splitter, louvres on the top of the front wheel arches, larger nostril vents on the bonnet, and fins on the roof which direct hot air away from the centreline of the car, ensuring the rear-mounted engine intake is supplied with fresh, cool air. You’ll also find double wishbone suspension at the front end and a 29mm wider track all around.

The track-focussed machine rides on motorsport-inspired centre-lock wheels (20 inches at the front and 21 inches at the rear), with a six-piston brake calliper setup as standard. The brakes can be upgraded to Porsche’s Carbon Composite pieces for increased stopping power, while the Clubsport or Weissach packages can be chosen for additional track-focussed tech.

The no-cost Clubsport package will include a steel roll cage, a fire extinguisher and a six-point harness for the driver’s seat. The £32,739 (around $40,000) Weissach package will consist of a carbon-weave finish on the bonnet, roof, rear wing and mirrors, CRFP front and rear anti-roll bars, a CRFP roll-over bar, paddles for the PDK gearbox with magnets for a ‘more tactile’ feel, and magnesium forged wheels. Safe to say that GT3 RS buyers have plenty of options to build an incredible track-focused machine.

Next up, check out: Autoart 993R Is A Porsche 911 Restomod With A Sprinkling Of GT3 Magic 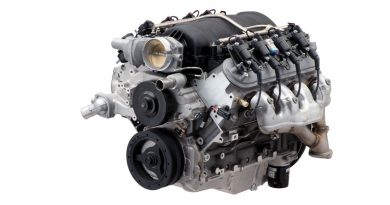 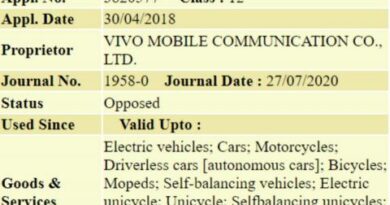