“Point of diminishing returns” best defines the new 2022 Porsche 911 GT3. It’s a description Porsche GT chief Andreas “Andy” Preuninger mentioned more than a half-dozen times in reference to the new 911 GT3 during his media briefing about the new car. Why? Emissions regulations constrained the GT3’s engine development, and the 911’s existing suspension architecture limited the model’s grip and handling performance. But where most automakers might say, “good enough,” and continue printing money, Preuninger said he and his team worked within their constraints to somehow once again build one of the best Porsche 911s we’ve ever driven.

But the fact is, the new 911 GT3 is an incredibly fascinating piece of holistic engineering.

While sharing its displacement with the old GT3’s flat-six engine, the naturally aspirated mill (the last in the 911 lineup) comes straight out of the 911 GT3 Cup race car, and it features six individual throttle bodies, a new rigid valvetrain, a 9,000-rpm redline, and a lightweight stainless-steel exhaust system that’s soldered together instead of welded to cut weight. The GT3, as before, is available with a six-speed manual gearbox or, as our test car arrived with, a PDK seven-speed twin-clutch automatic.

A move from 4.0 to 4.2 liters would have increased horsepower, but Preuninger told us it would’ve been near impossible for such an engine to meet ever-tightening emissions regulations. Instead, he said 70 percent of Porsche’s engineering capacity was dedicated to getting the GT3’s 4.0-liter engine to meet emissions targets. Diminishing returns, in other words.

What Porsche couldn’t do with the 2022 911 GT3’s engine dictated its next moves; how do you get more speed and better performance without meaningfully increasing horsepower? Porsche put the car on a diet and gave it better aerodynamics and more grip.

The new 911 GT3’s sheetmetal helps take care of both the weight savings and improved aero. On the latter front, the 911 GT3’s new manually adjustable swan-neck rear wing—a style that’s been in vogue in GT and endurance racing due to its efficiency—is the most obvious addition to the 911 GT3. However, the additional duck-bill rear spoiler, manually adjustable front diffusers, rear diffuser, and fully paneled underside are just as important. Porsche said the new 911 GT3 is not only slipperier than the previous version but that it’s also capable of producing more downforce as well. In its factory setting, the 911 GT3’s aero provides up to 510 pounds of downforce, a 50-percent gain compared to the last-gen GT3 set in its most aggressive spec. In the new car’s most aggressive settings, the GT3 can generate up to 850 pounds of downforce, or 150 percent more than the old car.

Keeping the 2022 Porsche 911 GT3’s curb weight down was important, too—especially considering the 992 911 is physically larger than the 991.2 it replaced. The new GT3 does the usual weight savings tricks: Sound deadening is reduced and the 911’s vestigial rear seats get kicked to the curb. Optional extras, like a carbon-fiber roof, carbon-fiber bucket seats, and carbon-ceramic brakes help to bring the weight down further. Versus the last 911 GT3, the new 992 version also gets a carbon-fiber-reinforced plastic hood and front fascia, thinner glass, lighter (and larger) wheels, and a host of other mechanical and electrical revisions. The result, according to Porsche, is a 3,200-pound curb weight that is only 11 pounds more than a comparable 991.2 GT3 despite the new car’s bulkier dimensions.

Changes underneath the skin are more subtle. Performance potential for the MacPherson-strut front suspension found on every other 911 was “maxed out” on the 991.2 GT3, said Preuninger.  Faced with yet another point of diminishing returns, the GT team looked to the 911 RSR race car for inspiration. Its solution was a new multilink front suspension (a 911 road car first), chosen for its ability to balance turn-in and ride quality. A revised multilink suspension does the work in back. New adaptive dampers are capable of reacting to impacts in less than 10 milliseconds, while rear-axle steering, wider axles, wheels and tires, and larger brakes complete the new 911 GT3.

Enough Talk—How Does it Drive?

A great driver’s car typically announces itself not with the bark of its engine on start-up, but rather through the steering wheel when pulling out of a parking spot. The 2022 Porsche 911 GT3 is no exception. Compared to “lesser” 911s like the Turbo S or basic Carrera, there’s something organic—elemental, even—in just your first tug of the wheel. If there’s just a spark of life in the GT3’s steering at parking lot speeds, it’s a full-on living, breathing animal when unleashed on one of the country’s best driving roads, California’s Angeles Crest Highway.

Like pretty much every modern Porsche, the 992 911 allows you to find and explore your limits right out of the box; the 2022 911 GT3 unlocks even more potential. Every subtle flick of your wrist results in the GT3 responding exactly as you intended it to, with the front tires digging into the pavement like an NHLer’s skates cutting into the ice.

“I immediately noticed how strong, how planted, how indefatigable the front end is,” senior features editor Jonny Lieberman said. “Whatever you command the front tires to do, they obey. Wherever you tell them to be, they are. There’s no hint or possibility of understeer; it’s planted like a German oak tree.”

The 911 GT3’s new suspension system, which helps tremendously with steering feel and feedback, is equally good at steamrolling bumps and bruises in the pavement. While you’ll never confuse the GT3 for a Cayenne, its stiff ride is also reasonably compliant. Even high-speed mid-corner bumps in the GT3’s most aggressive Track setting don’t upset the chassis. Despite spending an entire day in the GT3’s fixed carbon-fiber bucket seats, we remained surprisingly comfortable and pain-free. You can’t say the same for many other track-ready supercars.

Power isn’t the GT3’s main point, but this car delivers on that front, too. While most high-revving engines leave you hanging with a horsepower or torque trough, each and every one of the GT3’s 9,000 revs delivers the goods. The engine doesn’t have the same violence as the 911 Turbo S’s (or the coming 911 GT2’s likely will have), but with an estimated 3.2-second sprint to 60 mph, it’s no slouch, either.

While down a gear versus the rest of the 911 lineup (saving 44 pounds, Porsche said), the GT3’s PDK seven-speed dual-clutch auto remains uncannily adept at always choosing the correct ratio at the right time, no matter the drive mode. Upshifts and downshifts are lightning quick when the transmission is left to its own devices, but for those who prefer to shift for themselves, the PDK offers shift paddles and also a big meaty shifter yanked from the manual GT3 to grab. Considering how quickly the engine works its way through its rev range, big, bright yellow shift lights are a welcome addition to manual mode.

When it’s time to slow down, the new 911 GT3’s optional carbon-ceramic brakes are more than up to the task of reliably and repeatedly reigning the car down from triple-digit speeds. The brakes are so responsive, in fact, you’ll instinctively find yourself braking far later for corners than you normally would.

Reaching what appears to be a point of diminishing returns might be a scary place to arrive at for most automotive engineers, but indeed the 2022 Porsche 911 GT3 shows there’s usually a way to solve the equation. Decades of racing success will do that for you. Prices for the latest über 911 start at $162,450. Excuse us while we pool our pennies.

READ MORE
Pay to Play: 2022 Porsche 911 GT3 Is Predictably Pricey
New Software Update Brings 2021 Specs to the 2020 Porsche Taycan
Prepare to Drop Some Green to Own This Irish Green Porsche 911 by Gunther Werks 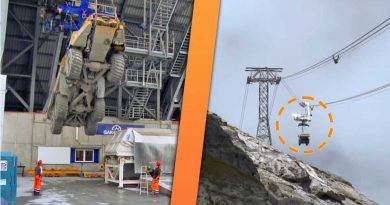 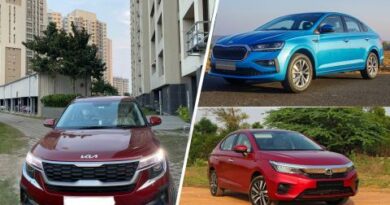 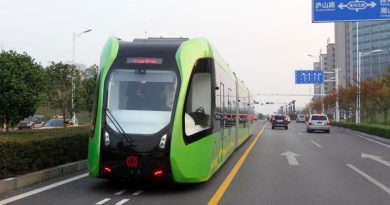