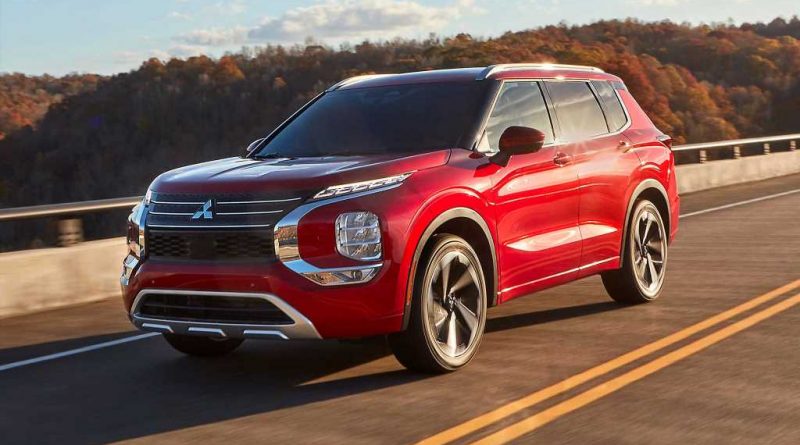 Mitsubishi is tiny and lives on the periphery of the American automotive market, so you may not be totally up to speed on its current lineup of affordable small cars and crossovers. The Outlander is Mitsubishi’s largest SUV offering, a plus-size compact SUV that is somewhat bigger than segment mainstays such as the Toyota RAV4 and Honda CR-V. As of now, the Mitsubishi Outlander also is all-new for 2022.

The Outlander’s basic format remains the same: It’s a right-size SUV with a rare-for-the-segment third-row seat. For now, the plug-in hybrid variant that proved so popular in Europe remains on sale; here, it was the only Outlander variant available for 2021. The gas-only models took a break from 2020 to 2022, and what you’re looking at is its replacement. Figure on a new PHEV with the same new body to arrive soon.

Every U.S.-market 2022 Outlander will be powered by a conventional 2.5-liter four-cylinder engine strapped to a continuously variable automatic transmission (CVT) with eight preprogrammed stepped ratios that give the impression of the individual gearshifts of a traditional automatic transmission. Like most crossovers, front-wheel drive is standard, and Mitsubishi’s S-AWC all-wheel drive is available.

Compared to the 2020 Outlander’s 2.4-liter four-cylinder engine, the new 2.5-liter unit pushes out an additional 15 hp and 19 lb-ft of torque, for totals of 181 hp and 181 lb-ft. Those are fairly segment-average numbers, and the old Outlander’s range-topping 3.0-liter V-6 engine is no longer offered. (That’s probably okay, given that engine’s relatively weak-for-a-V-6 224 hp and so-so fuel economy.) Fuel economy figures for the new engine are forthcoming.

It is the Outlander’s outward appearance that takes an outside leap forward. In keeping with other recent Mitsubishi crossovers’ design, the Outlander adopts a chunky, girthy appearance that is a wholesale improvement over the somewhat tall, narrow, and slab-sided look worn by the old model. There are big square fog lamp nacelles on each front corner, thin headlights, and wider taillights that work nicely with the pumped-out fenders and more prominent rear shoulders. It’s modern, fresh, and stands out—if not exactly beautiful.

Dimensions play a role here—the 2022 Outlander is a full 2.0 inches wider and 1.5 inches taller. The wheelbase stretches by 1.4 inches, to a long-for-the-segment 106.5 inches. Besides helping the Outlander grow out of its previously dorky frame, the growth carves out more interior space. Legroom is up by 1.0 inch in front, and 1.1 inches in the second row.

The old Outlander’s interior was … dated. There was little question it was in desperate need of an update. Consider that handled by the 2022 model. Similar to the exterior styling, the Outlander’s interior design visually exaggerates the actual dimensional boost in width by adopting a pleasing horizontal theme on its dashboard.

On appearances alone, the cabin sees a big upgrade in material quality and the use of color and texture. The air vents hide within a full-width panel that’s otherwise upholstered in black or gray fabric on entry-level ES models; black suede on the mid-level SE; and brown, black, or gray leather on SEL and SEL Touring trims. The armrests and seat stitching colors are coordinated with those dashboard panels and combine with either piano-black or actual aluminum accents.

Atop the sleek dashboard, Mitsubishi places one of two modern touchscreens that are larger than the in-dash unit offered previously. An 8.0-inch display is standard and includes Apple CarPlay and Android Auto integration, as well as a 7.0-inch digital gauge cluster display stuffed between analog speedometer and tachometer gauges. A 9.0-inch unit is optional and includes navigation (as well as the smartphone screen mirroring tech), and brings with it a 12.3-inch fully digitized gauge cluster with readouts for speed, ancillaries, and more. Need more screen space? Mitsubishi has a new (optional) head-up display that projects a 10.8-inch field of information onto the inside of the windshield.

Clever storage abounds. Next to the nifty folding rear seats, Mitsubishi ensures every passenger has a slot-like smartphone holder, as well as ready access to cupholders. Up front, there is a wireless phone charger and USB and USB-C ports. In a first for Mitsubishi, the Outlander offers three-zone automatic climate control (one zone for each front seat and another zone for the rear area), and the Outlander is finally available with a huge panoramic sunroof.

Combine all of the Outlander’s improvements with its more rigid body, extra sealing and sound-attenuation measures, and bushings separating the rear subframe from the body, laminated windshield and front side windows, and the result should be a quieter, more refined-feeling SUV. Subtle improvements to the suspension and steering—including bigger brake rotors, lighter aluminum suspension components, quicker steering, and bigger tires—should improve the handling. Will the substantial changes be enough to raise the Outlander’s voice in the segment? We look forward to trying the new SUV out for ourselves and finding out. 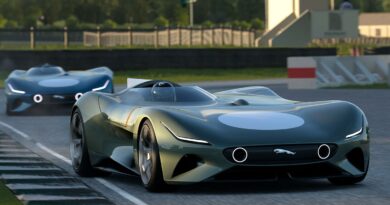 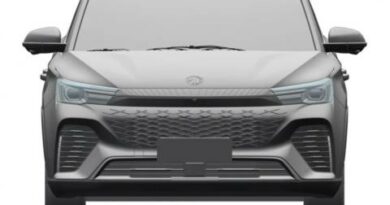 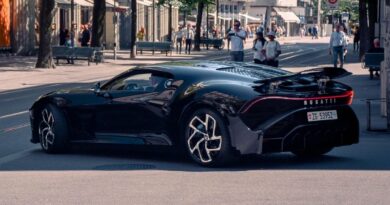 Would You Take Your £10m Bugatti La Voiture Noire To The Shops?