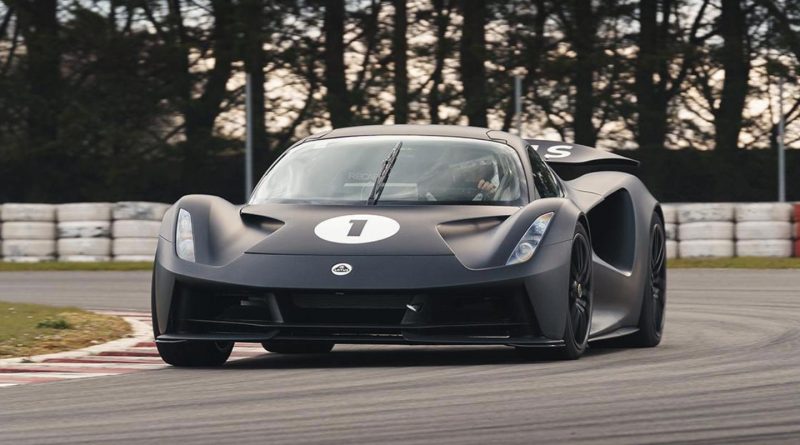 Bow down before the new hypercar god

The biggest problem with electric hypercars and their outlandish performance numbers is that of believing they are possible. That stays true, as the Lotus Evija proves, even after experiencing them in real life. Because to experience this level of acceleration without the sound and fury that normally accompanies it is a deeply disconcerting experience.

The Evija prototype I drove on track at Hethel was some way short of final specification. It didn’t have the active dampers, active aerodynamics and active torque biasing the finished car will feature, or any regenerative braking. The front-to-rear torque bias was arbitrarily fixed at 23:77 – the production version will be able to juggle this near instantly – and it also lacked any traction or stability control. It was, pretty much, the distilled essence of Evija: Lotus preferring to first perfect a car’s base set-up before adding features. Power was also slightly down, limited to 1,600hp across the four electric motors, so nearly 400hp less than the targeted spec. And it had an unsporting 140mph speed limiter, while the finished car will be able to get past 200mph.

Even with those limitations in place, the development Evija was incredibly, almost painfully fast, being constrained by its artificial limiter well before the chicane on Hethel’s long Mansell straight. But there was also a definite disconnect between the two sides of the experience – organ-crushing accelerative forces and the spiralling numbers on the digital speedometer on one hand, the absence of any engine note or the punctuation of gears changing on the other.

There are noises in the cockpit, amplified by the prototype’s almost naked carbonfibre tub: a muscular electrical hum from the front motors, the rumble of tyres, squeal of carbon brakes and sound of air rushing over the carefully sculpted bodywork. The production version will also project an artificial low-speed noise to warn pedestrians of its approach, this based on the sound of a Lotus 49’s DFV. But from the driver’s seat there isn’t any of the savagery that normally comes as standard in this rarefied part of the market. It feels almost too easy to engender ludicrous speed, and I get out after my first stint on track both knowing that the Evija is almost certainly quicker than a Bugatti Chiron – on Lotus’s figures the production version will be 4.6 seconds quicker from 0-186mph – yet also somehow disbelieving it.

The rest of the dynamic experience is reassuringly Lotus-like. The Evija has been developed under the leadership of long-serving chassis guru – and now Director of Attributes – Gavan Kershaw, and he and his team have created it around the same rulebook as the company’s other models. That means hydraulic power steering and a conventional brake servo, both requiring electric pumps, chosen on the indisputable basis that both offer superior sensation to pure electric alternatives.

The steering feels exactly as it should: light but with proper feedback and delivering proportional front-end responses with no sense of dartiness. Kershaw has warned of the need to get some heat into the Trofeo R tyres before getting too keen – despite clear skies Hethel is at a bracing six degrees Celsius. But even before the rubber fully wakes up grip feels strong, and the messages coming through the steering wheel are clear and unambiguous.

The decision to use a relatively tall battery pack positioned pretty much where a mid-mounted engine would go, rather than increase the height of the car by sitting it on a ‘skateboard’ layout, was also informed by dynamic considerations. The 718kg weight of the 70kWh pack is significantly more than an internal combustion engine would be, but its position means the Evija behaves pretty much like an XL Evora, rotating around the mass and making it easy to adjust the cornering line and attitude with fine inputs. The compliant suspension, with a deliberate small quantity of initial roll, also boosts confidence when getting the car turned.

The prototype felt surprisingly svelte considering a 1,680kg all-up kerbweight and, once the Trofeos are warmed, impressively tolerant of bigger accelerator applications despite the lack of electronic sentinels. All-wheel drive was rarely evident; only the combination of steering lock, power and taking a bigger bite out of one of Hethel’s stripy kerbs giving the sense of any power sharing the steered wheels. Yes, it will oversteer – spectacularly so, as Kershaw was happy to demonstrate – but only if you want it to.

The lack of reference points makes it hard to sense just how fast the Evija is on an otherwise empty racetrack. A full-bore start produces a similar steam catapult sensation to the one I remember in an aggressively launched Tesla Model 3 Performance, my previous high watermark of EV performance. The prototype’s lack of launch control means it is probably no quicker from 0-60mph, and may even be slightly slower, but while the Tesla’s acceleration fades quickly as it heads into triple digit speeds, the Evija’s rate of change feels undiminished, all the way to the arrival of the speed limiter. Something that came as a surprise every single time.

The finished Evija will have adjustable aerodynamics courtesy of both a hydraulically adjustable rear wing and a pair of active flaps within its vast diffuser. The company says these will be able to make huge amounts of downforce, but isn’t ready to put a number on quite how much yet. The prototype’s wing elements were fixed but it was still making a significant quantity of negative lift, this obvious in the speed it could carry through Hethel’s faster turns. The use of Formula 1 style ‘heave dampers’ linking the upper wishbones on each side and meant that even significant aero-squash didn’t ruin the car’s ride, and the steering kept its subtlety as the forces grew.

Braking was the one area where the prototype felt well off final spec. The development car is running ABS for its hugely powerful Brembo CCR carbon-ceramics, but with a basic calibration that hadn’t been optimized for the car meaning surprisingly early intervention. Even so, the pedal started to soften noticeably after repeated big stops, something the engineering team said will definitely be improved for the production car, and with the arrival of regenerative braking through the four motors.

The other issue was one the Evija can’t be blamed for given the basic laws of thermodynamics: the fact that harder use consumes the battery at a predictably prodigious rate. The company says it is targeting a 250-mile WLTP range when running in the gentlest of what will be five switchable dynamic modes, but fanged around a track it is possible to empty the cells of charge in under 15 minutes. The Evija supports charging speeds of up to 350kWh which, when such potent chargers are available, will allow it to the replenished in barely more time than it takes to empty it.

The prototype lacks the niceness that the finished Evija will both have and need, considering its £1.7m ex-VAT price tag, but it has clearly been designed to be more usable than most hypercars. Even with a rollcage the cabin feels more spacious than the segment norm, with access over narrow sills and a respectable amount of headroom. The view out is also brilliant, certainly to the front, with a wraparound windscreen, narrow A-pillars, and clear sight of the front wings to help place the car. The prototype’s view to the rear is non-existent, but the production version will add a camera based virtual mirror system.

A chance to have a mooch in the build area – the same place the Lotus Carlton was originally assembled – shows that the Evija’s hidden engineering is beautiful, too. Platform engineer Louis Kerr is proud to show off both the vast one-piece carbon tub, large enough to allow suspension components to be mounted directly to it without subframes, as well as the intricacy of the pushrod operated suspension. The considerable weight of Lotus’s engineering expertise has clearly been put to use here.

It’s hard to discuss the merits of any hypercar without bringing emotion into the discussion. This part of the market is based on want, not need – and where buyers traditionally expect both raw performance and visceral thrills. The Evija is set to deliver on one of those criteria better than almost anything else capable of road registration, much less on the other. It’s a hugely talented car, a technical tour de force, and Lotus looks set to win the race to bring a viable EV hypercar to market. But it’s also going to be very different from anything that’s gone before. The future is nearly here, be in no doubt – but is the world ready for it? 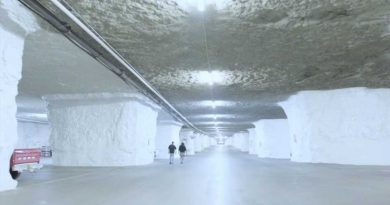 Welcome to SubTropolis, a Giant Underground Industrial Park and Road Network Built in an Old Mine 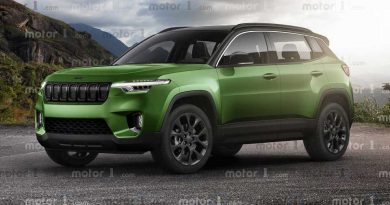 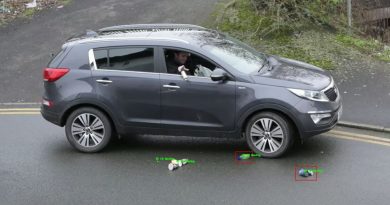