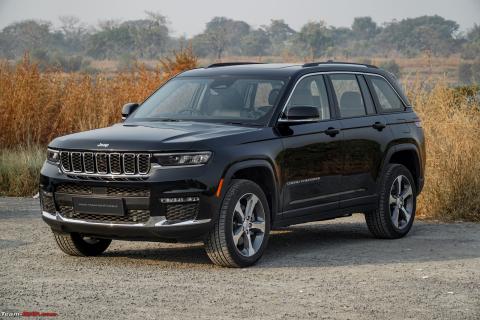 Given that the Grand Cherokee is a ~2,000 kg SUV, the 2.0L turbo petrol feels overworked and trying too hard to keep up with the power demand.

Fire up the engine and you’ll appreciate the refinement of this motor. It’s barely audible inside the cabin at idle and even on the outside, all you hear is a soft rumble. Get a move on and the petrol engine feels smooth. The throttle response is nice and linear unlike some of the turbo-petrol motors where it feels spikey and over-responsive. With a light foot, you can drive around smoothly in the city at low to medium speeds. There’s good power on tap for closing gaps in traffic. But given that the Grand Cherokee is a ~2,000 kg SUV, the 2.0L turbo petrol feels overworked and trying too hard to keep up with the power demand. It will get the job done, but it doesn’t feel effortless.

The size and weight of this SUV are very much evident when driving in a city like Mumbai. You get that proper BIG car feel with the long bonnet visible from the driver’s seat. In tight lanes, you need to be careful of the size and the parking sensors go off quite often. Expectedly, taking tight U-turns isn’t an easy task. The steering isn’t very light and driving around in the city is a quick workout for sure.

Highway cruising is something that you will like doing in the Grand Cherokee. Especially since most highways have 100 km/h and 120 km/h speed limits. You can cruise along nicely in 8th gear at 100 km/h & 120 km/h while the engine spins at a relaxed 1,500 rpm and 2,000 rpm respectively. The engine has a strong mid-range and the power between 3,000 to 5,000 rpm is plenty for quick overtakes on the highway. Put your foot down for an overtake and the ZF-sourced 8-speed transmission drops down gears quickly. You will find yourself in the meaty section of the powerband which is quite enjoyable. The engine doesn’t pull as hard in the top end and sounds very strained too. The gearbox doesn’t let the revvs go beyond ~6,200 rpm which is something very common with turbo-petrol engines. All in all, the outright performance is good and adequate for most driving conditions. The engine doesn’t like being pushed too hard and you really need to keep working the paddle shifters to extract some performance out of it.

Jeep has tuned the ZF-sourced 8-speed gearbox well. It is responsive when you need it to be, and the shifts are smooth too. The gears have been spaced out nicely and you can put the paddle shifters to good use. You sometimes do feel the downshifts while slowing down, but overall, this is a nicely tuned gearbox. You also get a convenient auto hold function which a lot of owners will appreciate in the city. The Selec-Terrain system offers five terrain modes – Auto, Sport, Rock, Snow, Mud/Sand. We drove primarily in Auto and Sport modes and the difference between them isn’t too much. Throttle response in Sport mode is a little sharper, but you can get along without any hassle in Auto mode. Since this was primarily an on-road driving experience, we were asked to avoid any off-roading and didn’t get to explore any other terrain modes. Also, the Grand Cherokee in India doesn’t get the more capable versions of the Quadra-Trac 4WD system that come with features like a low range, air suspension, or a locking differential.

The car is equipped with Advanced Driver Assistance Systems or ADAS which includes features like emergency braking, adaptive cruise control, blind spot detection, passive pedestrian protection, drowsy driver detection, park assist, active lane management, and intersection collision assist system. We didn’t get enough time to test all these out, but blind spot detection works quite well even with bikers and cyclists. The active lane management is switched ON by default every time you start the car, and you must manually switch it off every time by pressing the button on the dashboard (TWICE!) which is quite irritating. The car senses lanes intuitively and the steering correction is quite strong. I preferred having this switched off.

Overall insulation and engine refinement are very good. The cabin remains silent while driving around in the city. Out on the highway, you start to hear the wind and tyre noise when you hit 100 km/h.

A turbo-petrol motor, 2,000+ kg kerb weight, and automatic transmission are some of the things that should make it clear that you won’t be getting excellent fuel economy numbers. You get auto start-stop which should help save some fuel at traffic signals, but that’s about it. Expect numbers in the range of 4-6 km/l. The fuel tank capacity is 87 litres.

The Jeep Grand Cherokee rides on multi-link independent suspension at the front and rear. You do not get air suspension like on some of the higher variants on the international model. It rides on massive 20-inch wheels and is shod with 265/50 R20 tyres like the previous generation car. Driving around in the city at low speeds, the ride quality is absorbent. The suspension works silently, but there’s a noticeable amount of movement inside the cabin. The recommended tyre pressure is 36 PSI and at this pressure, a lot of the road’s inconsistencies are felt inside the cabin. We lowered the pressure down to 32 PSI and it seemed to handle small road imperfections slightly better. However, the inherent characteristics remain the same. Large potholes are handled quite well which is expected from a Jeep. On the highways, there’s noticeable vertical movement. At expressway speeds, road undulations will have the car bouncing and it’s better if you lift off in advance to ease the blow.

The Grand Cherokee is not an SUV that loves the corners. It’s big and tall and there’s plenty of body roll. Add to that the bounciness makes it more of a challenge going through the corners. Carry some speed into a corner and you never really get a lot of confidence in pushing the car hard. Hit a bump mid-corner and it will upset the balance of the car and you will have to hastily make corrections. The car doesn’t really like quick direction changes either. Better stick to sedate driving in this car and not go testing the limits on ghats.

The steering isn’t too light at city speeds, and it doesn’t really weigh up enough at highway speeds. There’s a little bit of feedback and the steering feel is average.

The brakes perform as expected in day-to-day driving conditions. They’re a bit grabby, but you get used to them quite easily. Sharp braking will result in some amount of nosedive. But overall, the brakes do a good job of stopping this big SUV. There’s also an emergency braking assist which will apply sudden brakes if say a pedestrian comes in front of the car. It also gets a feature called ‘Rain Brake Support’ which gets activated when driving through rain. This is when the ABS pump periodically pushes the brake pads against the discs to keep them dry. This ensures that when the driver applies brakes in wet weather conditions, the discs are dry enough to perform as expected.

Continue reading the discussion on the Jeep Grand Cherokee on our forum. 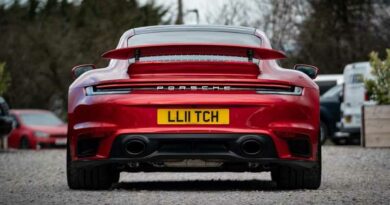 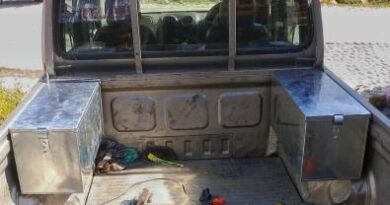 Installing a locally fabricated toolbox on my pick-up’s flatbed 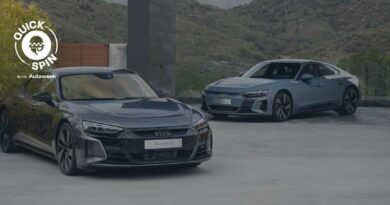