We’re enjoying a sort of surprise renaissance when it comes to small trucks in the United States, and Hyundai’s Santa Cruz is here to make the choice even tougher for those shopping around. The Korean car company insists it isn’t actually a truck, nor an SUV—instead, it’s been called a “segment-shattering” Sport Adventure Vehicle…whatever that means.

From the looks of it, that means a stellar little pickup with sharp, modern looks, an optional turbocharged engine with plenty of power, available all-wheel drive, and physical stature that slots neatly below competitors like the Toyota Tacoma and Nissan Frontier. Just look at it: 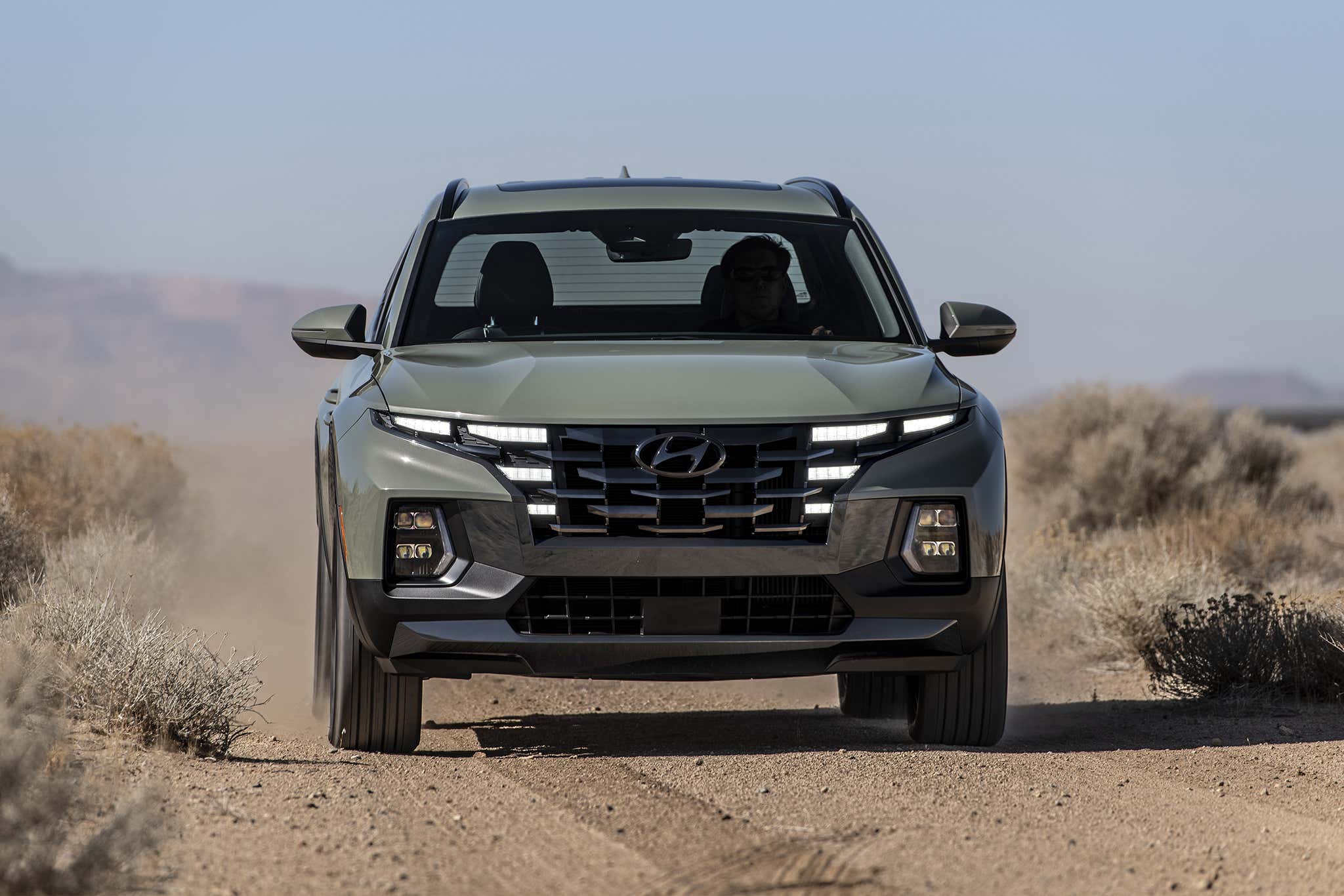 I don’t think it’s a stretch to say this is more than anyone expected from Hyundai. Previously teased sketches gave everybody a hint as to how the Santa Cruz would look, but it’s way more chiseled in reality with some of the automaker’s best new design motifs making their appearance. We’ll dive more into that later on, but right now, it’s time to talk technical specs.

The base Santa Cruz still looks (broadly gestures with hands) like this and packs humbler stats for those who don’t need much extra. A 2.5-liter, naturally aspirated four-cylinder is standard, and Hyundai claims it makes an estimated “190+ horsepower and 180+ pound-feet of torque.” Power is sent to a plain ol’ eight-speed automatic, which is great if you care more about fuel economy and budget-friendliness than driving performance.

Say you spring for the optional 2.5-liter turbo engine, though—a lot changes then. You get 275+ hp and 310+ pound-feet of torque, and power rushes rapidly through an eight-speed dual-clutch transmission. A DCT! In a midsize truck! Hyundai’s onto something good here. 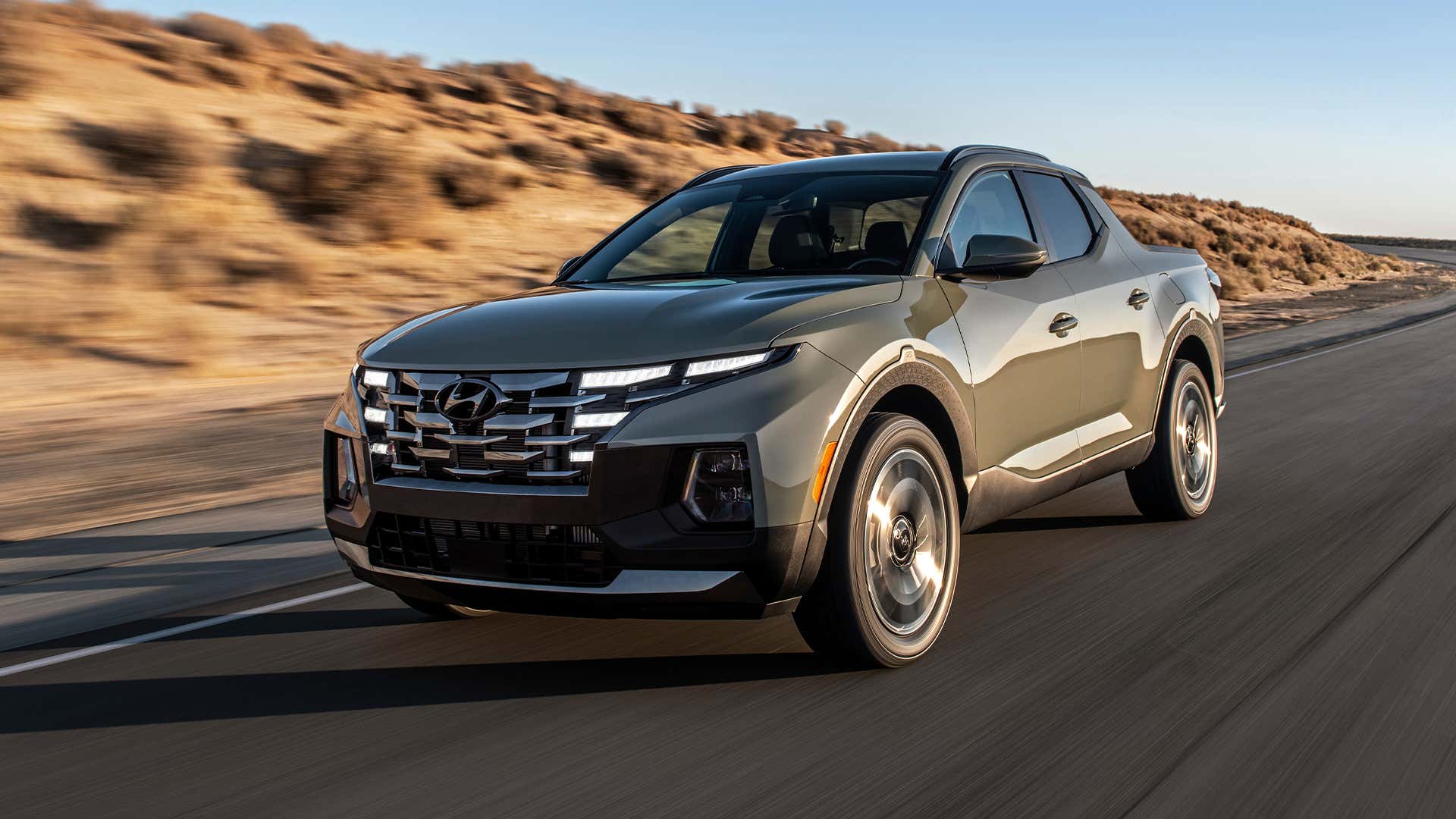 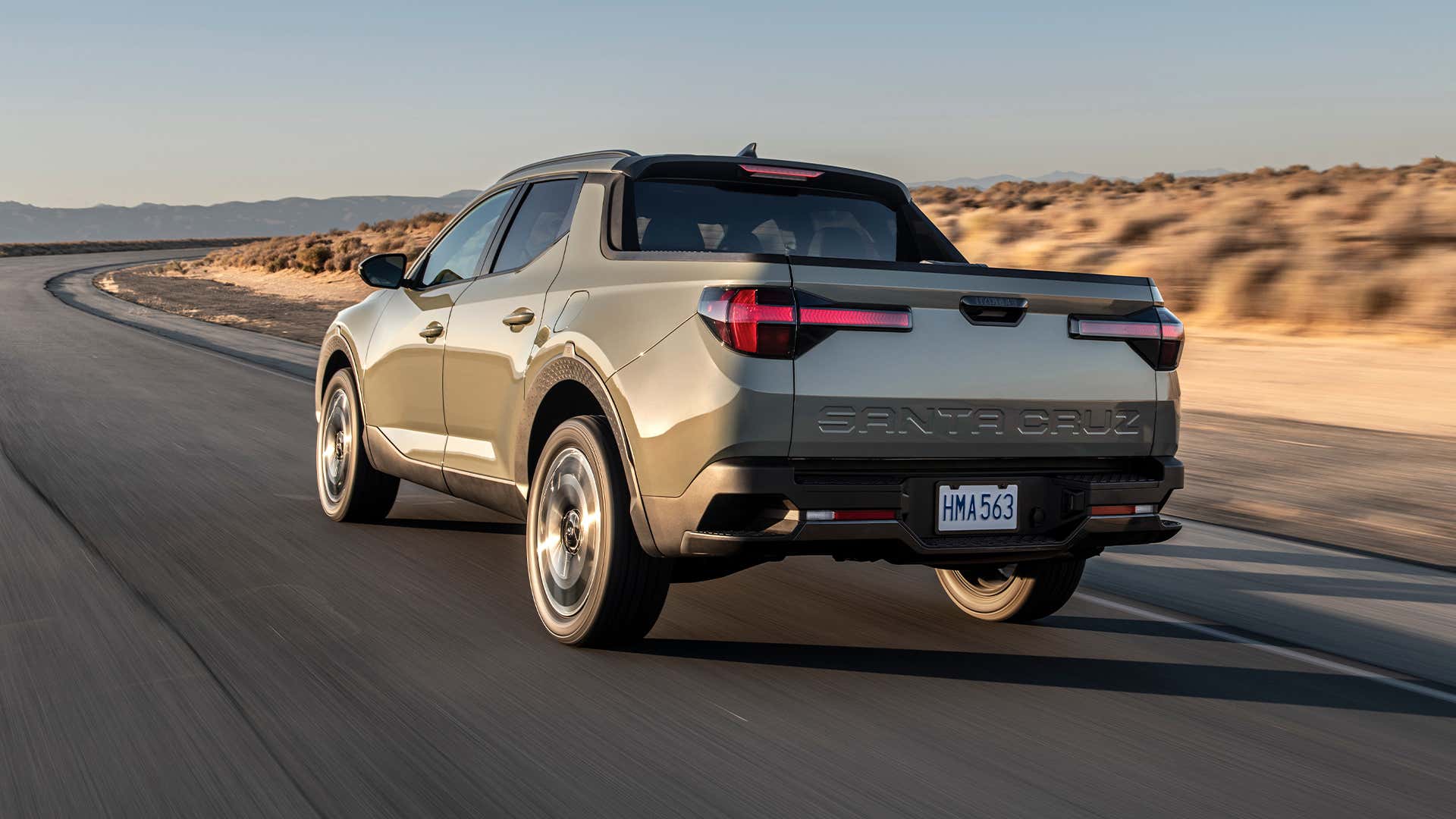 Multi-mode all-wheel drive with active torque control is offered with either engine, and there’s a locking center differential that’s super for off-roading. It’s a front-wheel-drive-based system, of course, given the Santa Cruz’s crossover roots (the platform is shared with the Hyundai Tucson). Luckily, that doesn’t hamper its towing capabilities.

Santa Cruzes with the base 2.5-liter can pull a respectable 3,500 pounds, plenty for weekend activities like kayaking, car camping, and what have you. Trucks fitted with the 2.5-liter turbo are even more impressive given their max towing capacity of 5,000 pounds; that’s more than a Jeep Gladiator Rubicon and the same as a much-larger Toyota 4Runner. Just for reference, the Hyundai Tucson caps out at just 2,000 pounds in that regard.

This is all packaged nicely into a truck that’s a good deal smaller than other established midsizers. The four-door-only Santa Cruz measures 195.7 inches from front to back with a wheelbase of 118.3 inches; compare that to a Honda Ridgeline at 210 inches long and with a wheelbase of 125.2. That should give you a good idea of the Hyundai’s size, which is both a blessing and a curse. 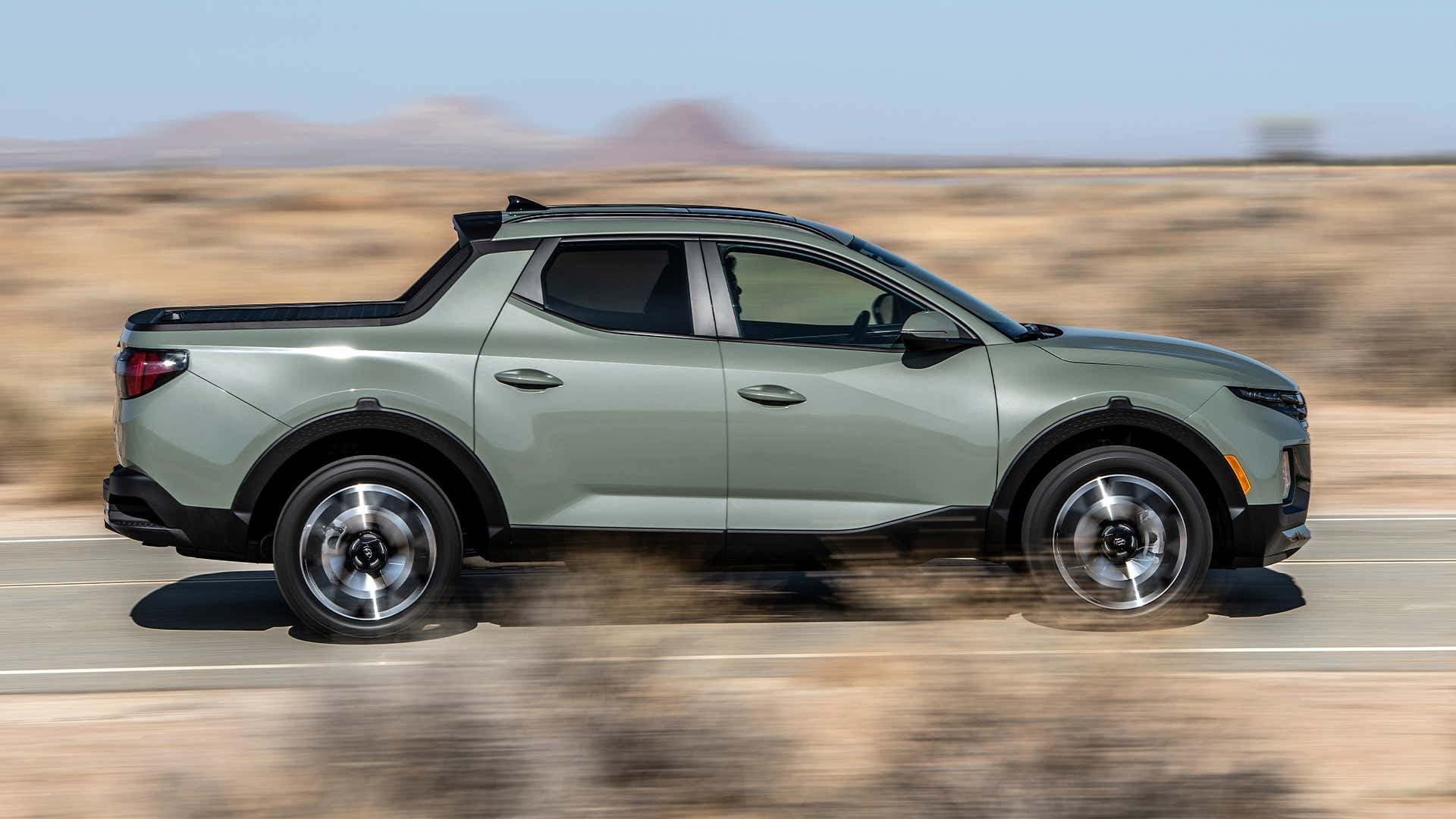 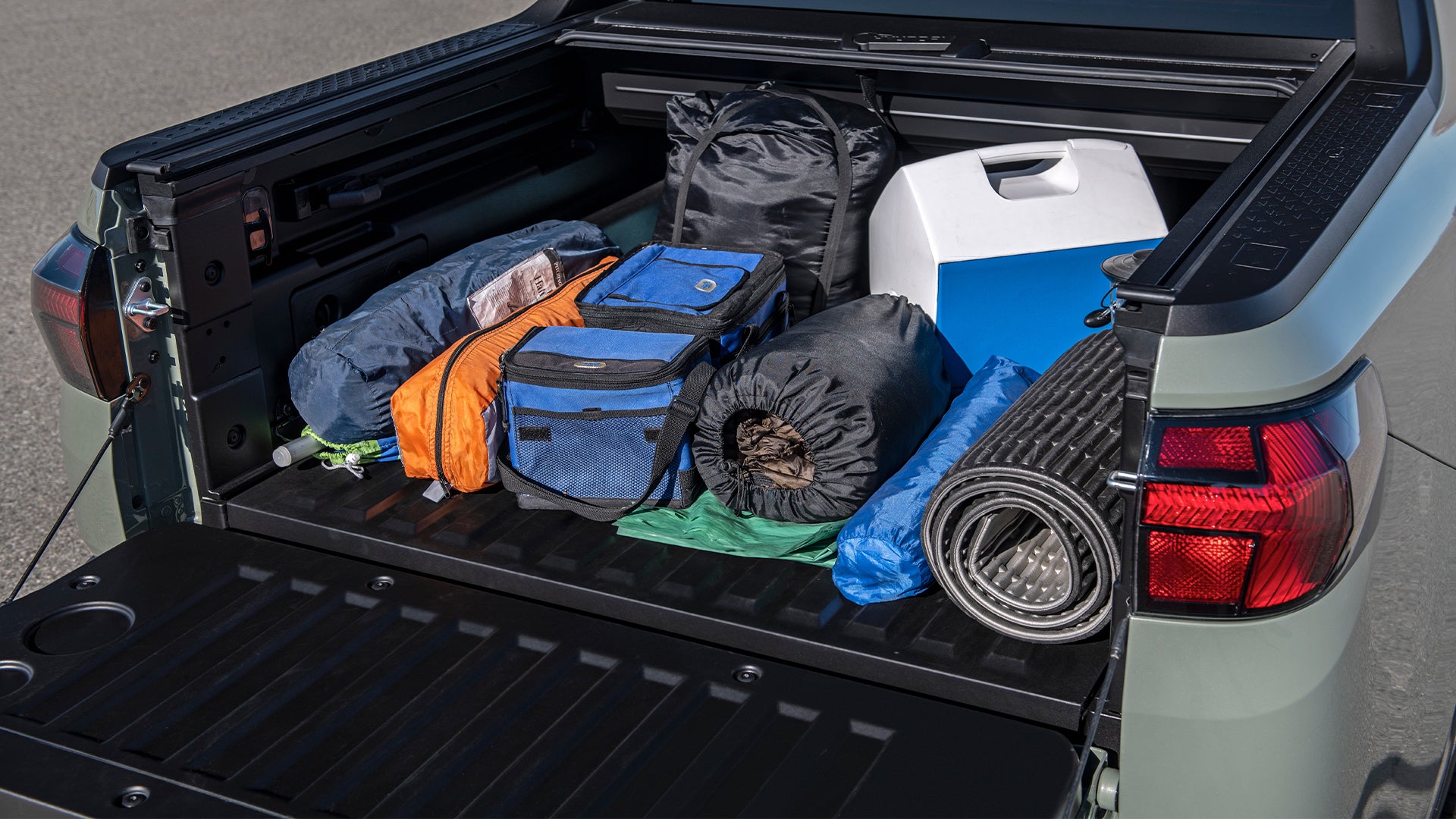 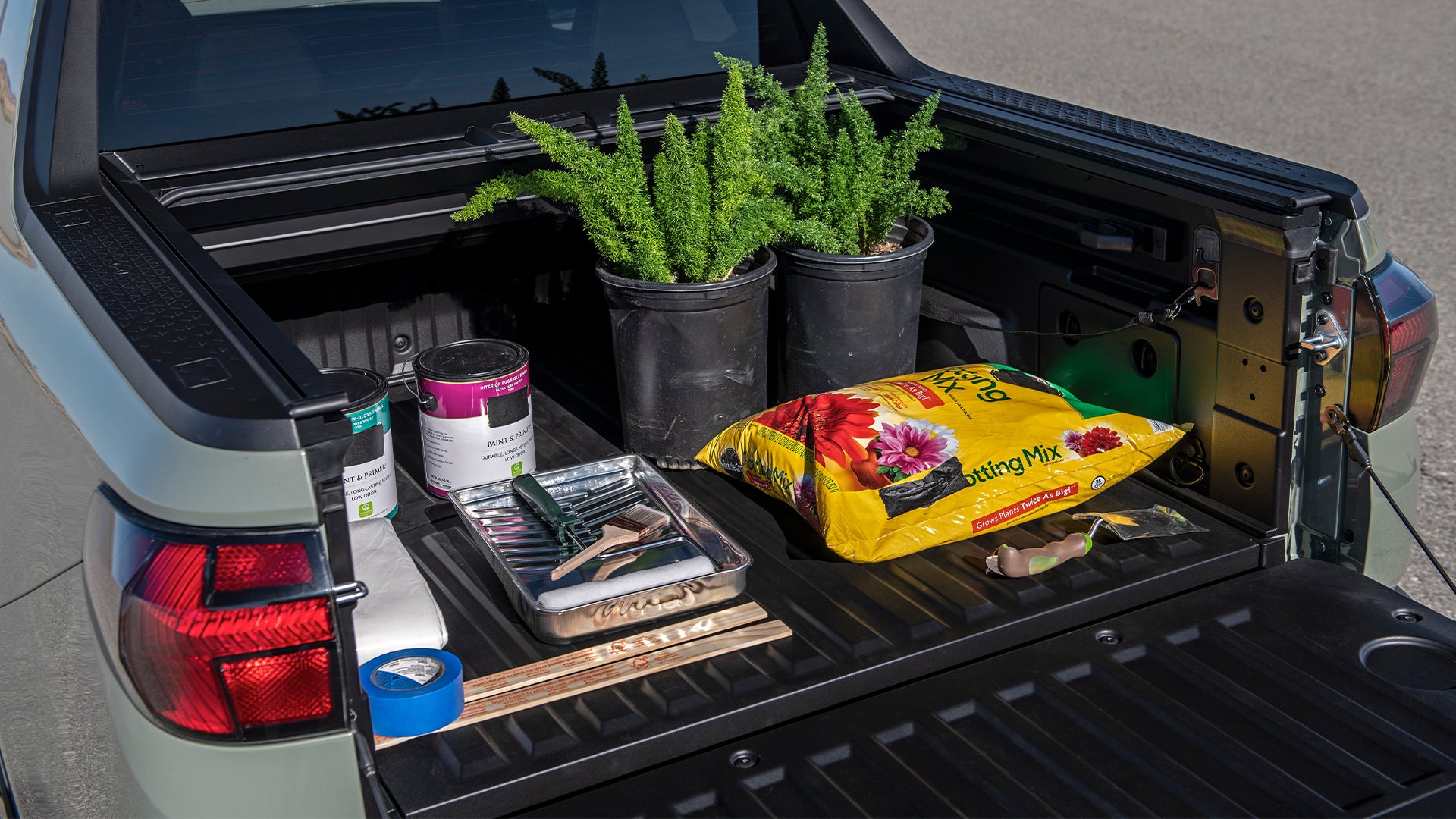 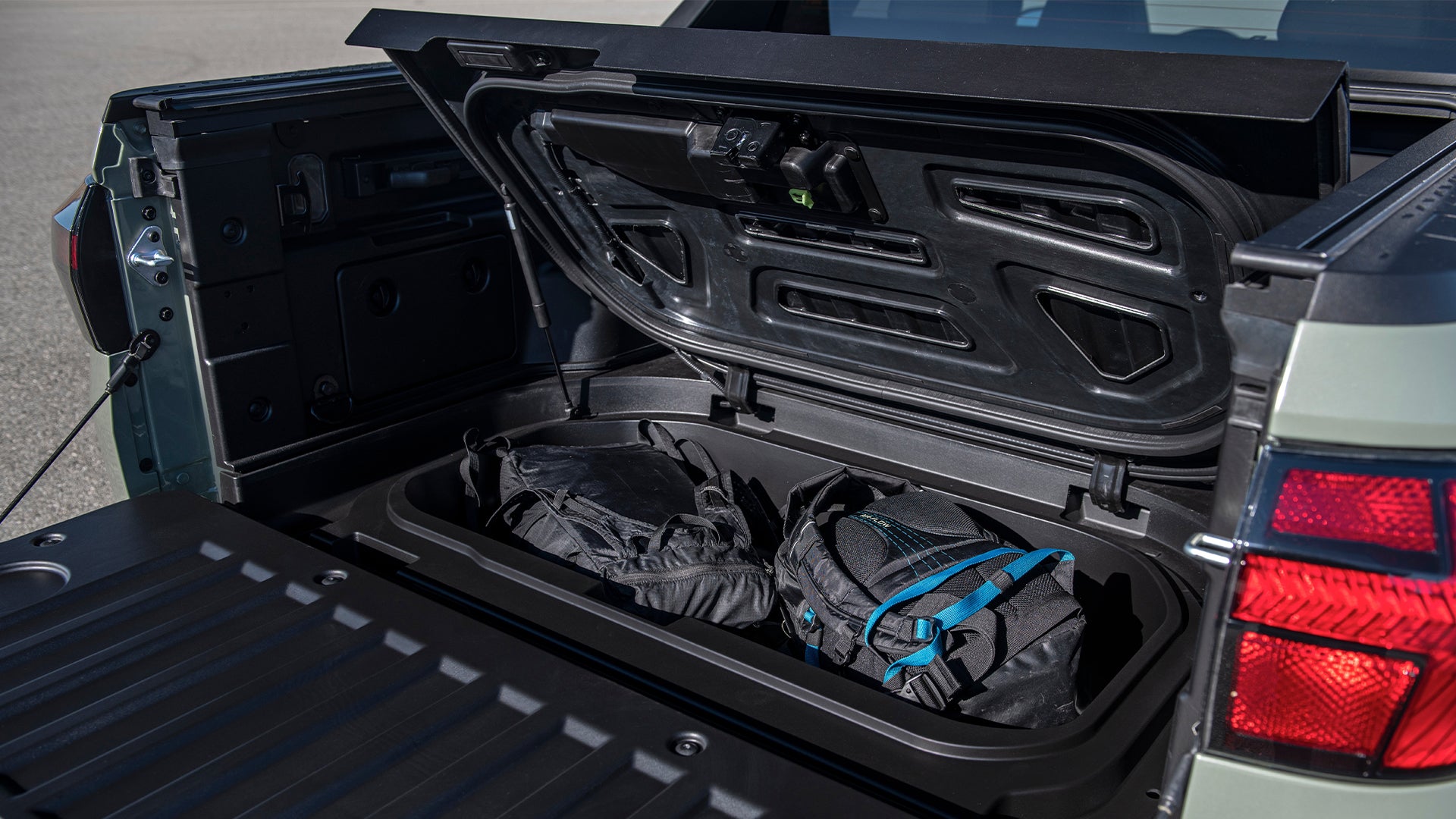 Since the Santa Cruz is significantly shorter than the already compact Ridgeline, it’s bound to have limited bed space. While the Honda touts a bit more than five feet of room out back, Hyundai’s offering is noticeably shorter with measurements listed as “52.1 inches lower” and “48.4 inches upper.” You can see in these press images that it’s enough for sleeping bags, coolers, snow boots, and…potting soil…but don’t plan on hauling a bunch of plywood around with your dearly beloved Santa Cruz.

If your list of priorities ranks hardcore truck things lower down, the Santa Cruz should be fine, and it’ll look good no matter what you’re using it for. It’s a more realistic take on the concept Hyundai showed us a few years back, but that’s not to say it’s boring—it’s way more out there than its rivals, and it keeps with the Hyundai design language that’s been putting everyone on notice the last few years. 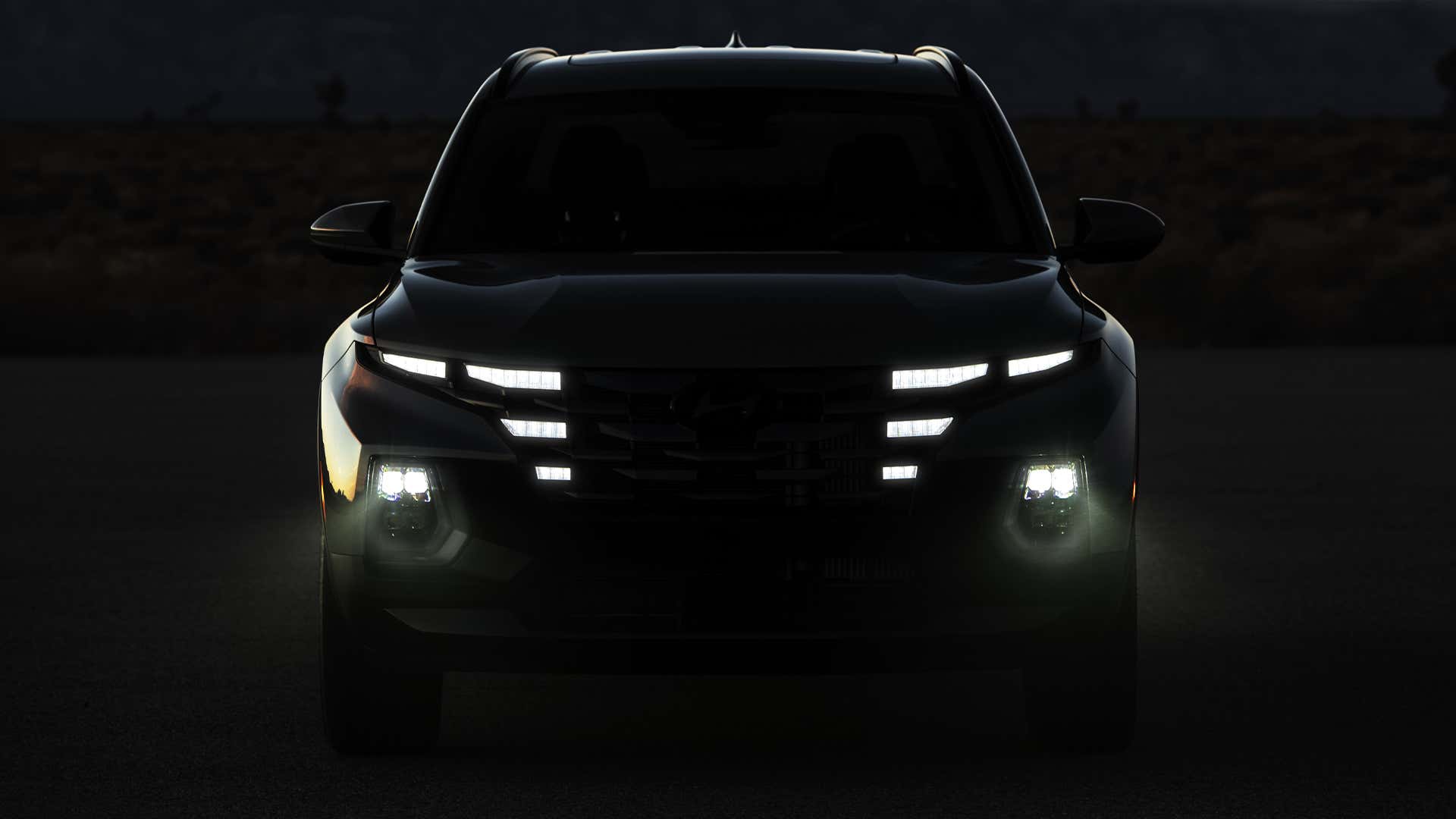 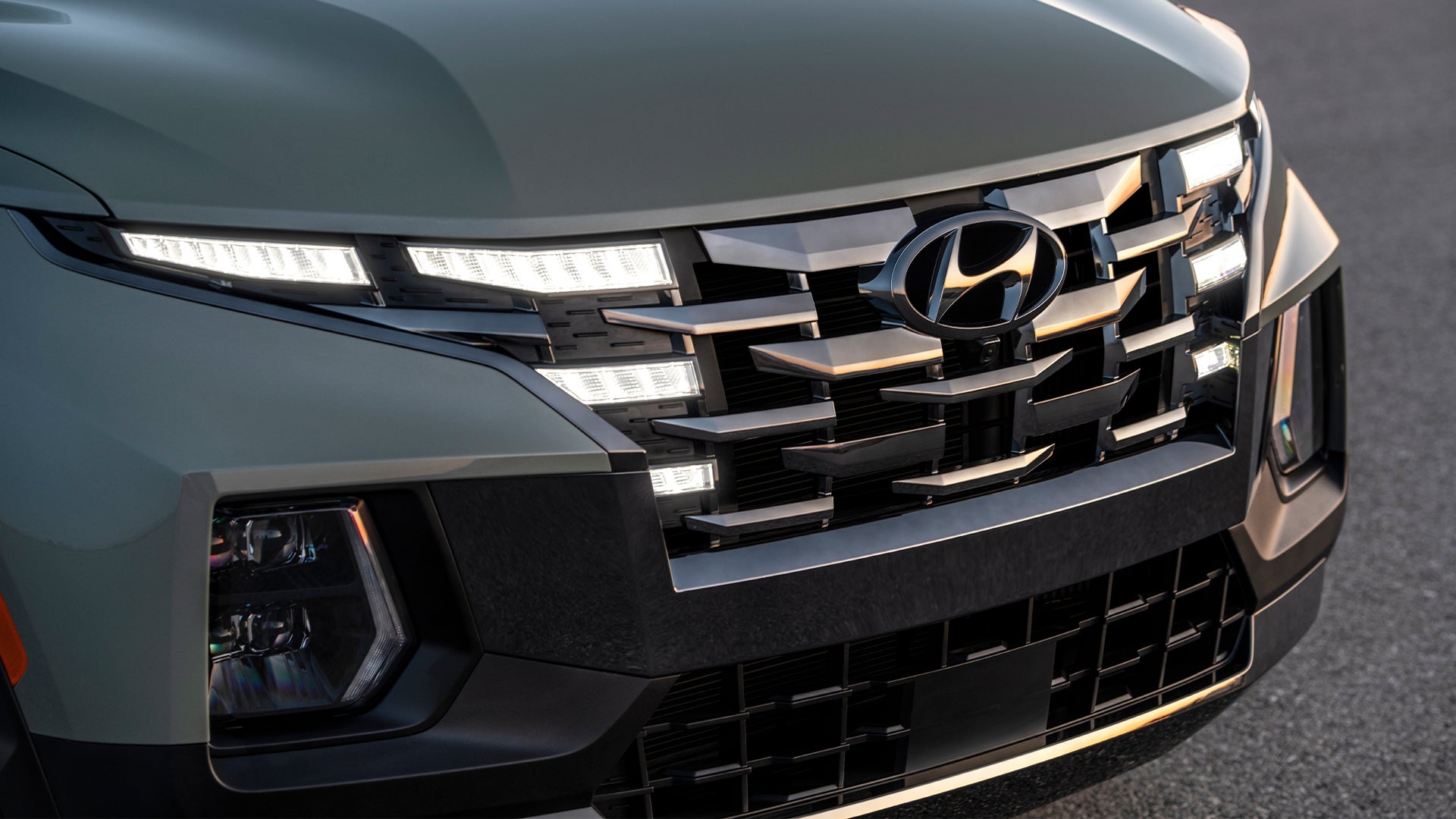 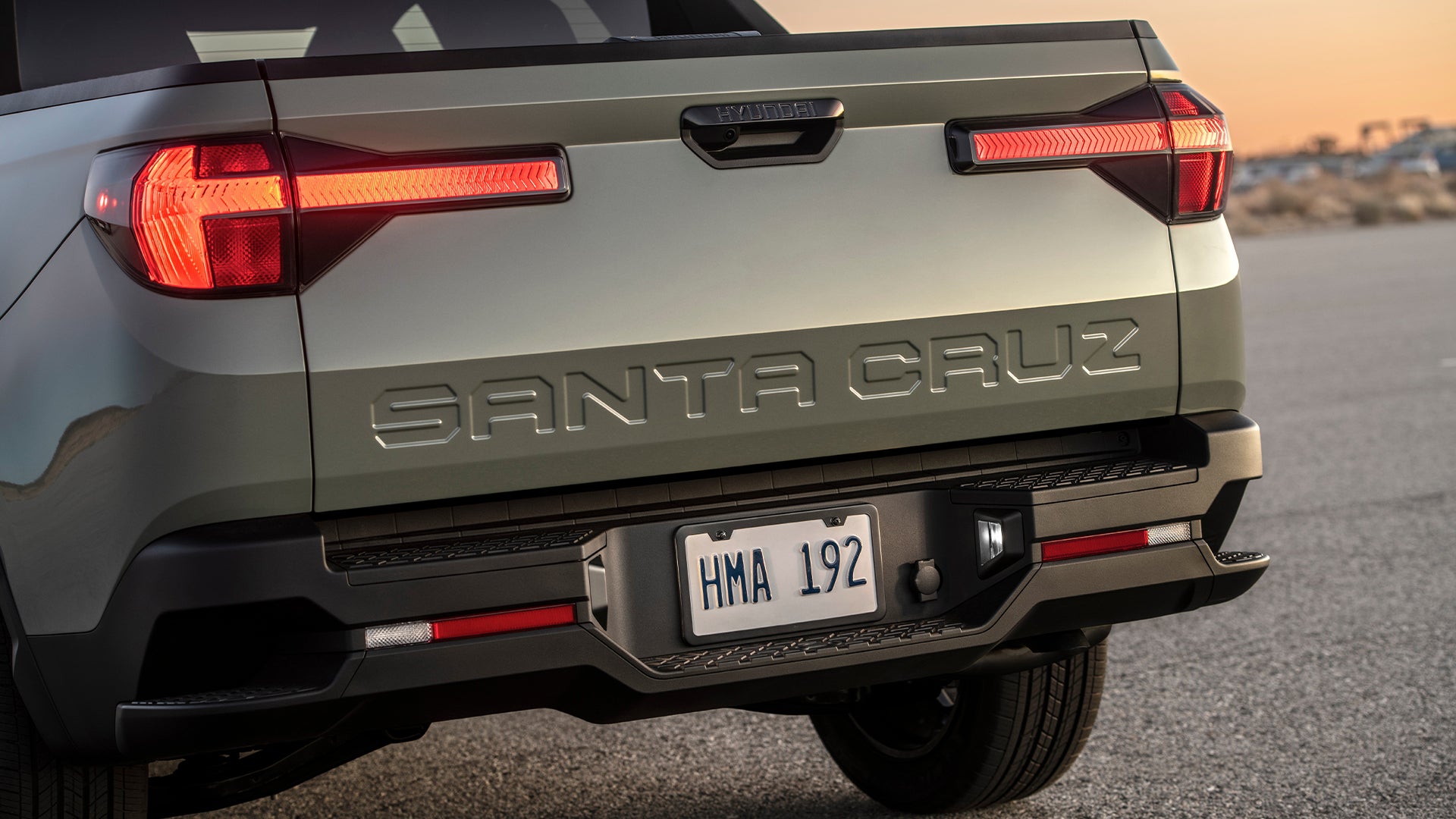 The Santa Cruz’s cascading grille is cleverly backlit to give it a recognizable face by way of those daytime running lights. The headlamps are actually down, on each side of the grille—it’s a tough look, especially at night. They’re complemented by the T-shaped “Thor’s Hammer” taillights while the entire design is equally angular, giving it a charging look even when strolling through town or, as Hyundai would rather you picture, cruising on a sandy trail.

Everything inside is pretty typical modern Hyundai, which is an endorsement, not a critique. There’s a 10-inch digital center stack that’s delightfully understated; the digital driver information display is techy yet tasteful, too, which isn’t something you can say about every new car. It’s there you’ll receive all sorts of updates from the driver’s wide array of safety systems. 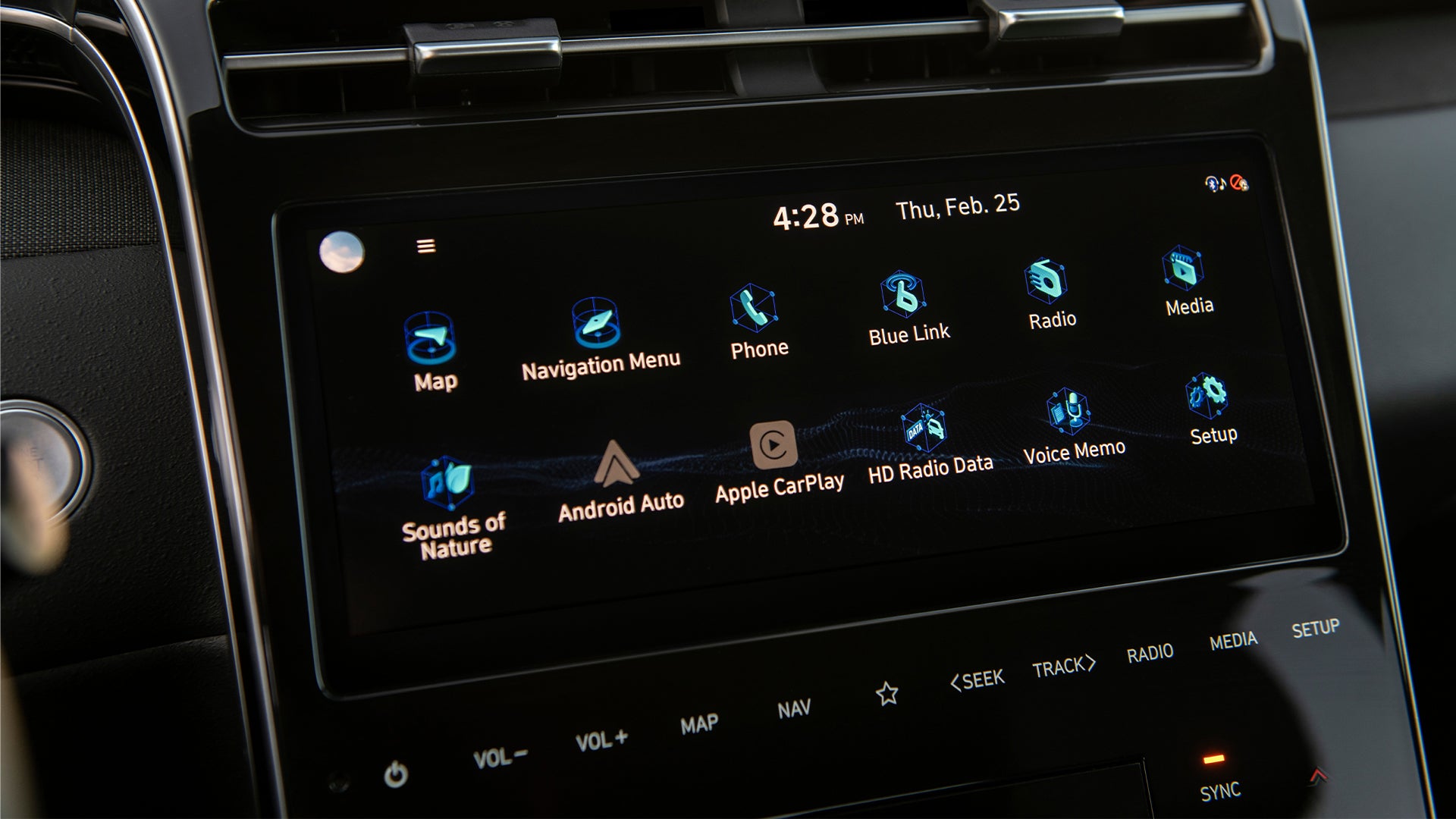 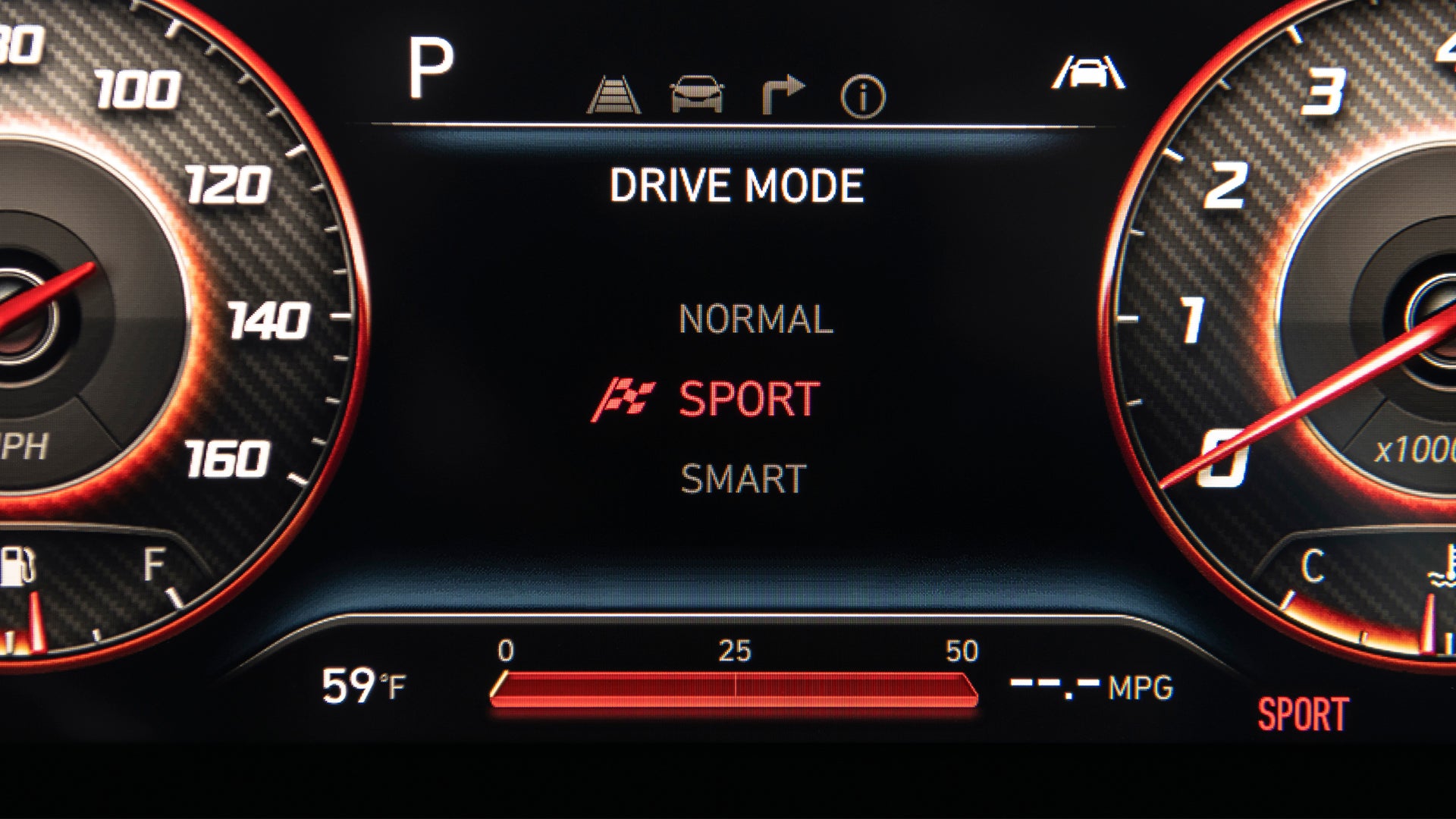 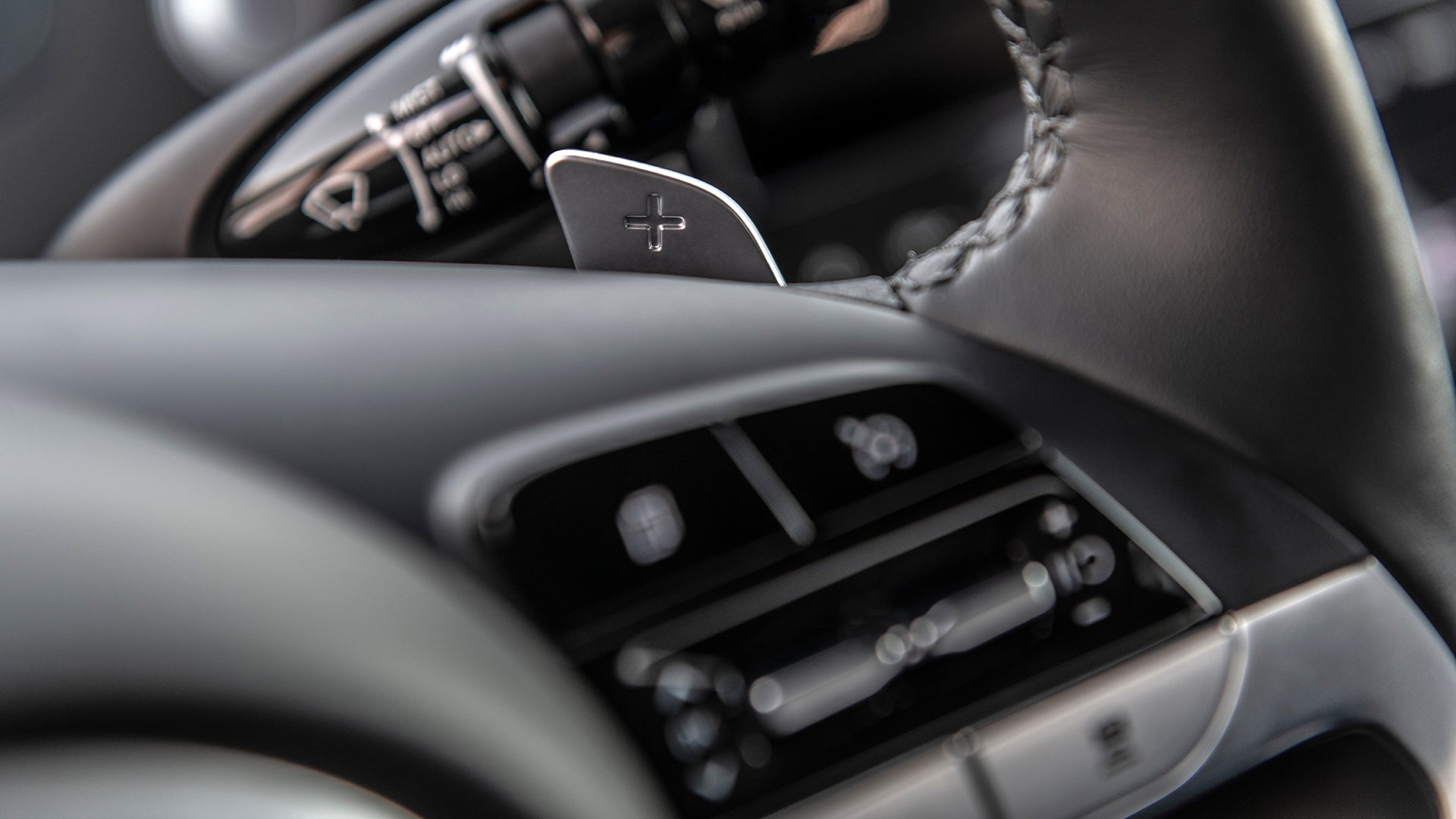 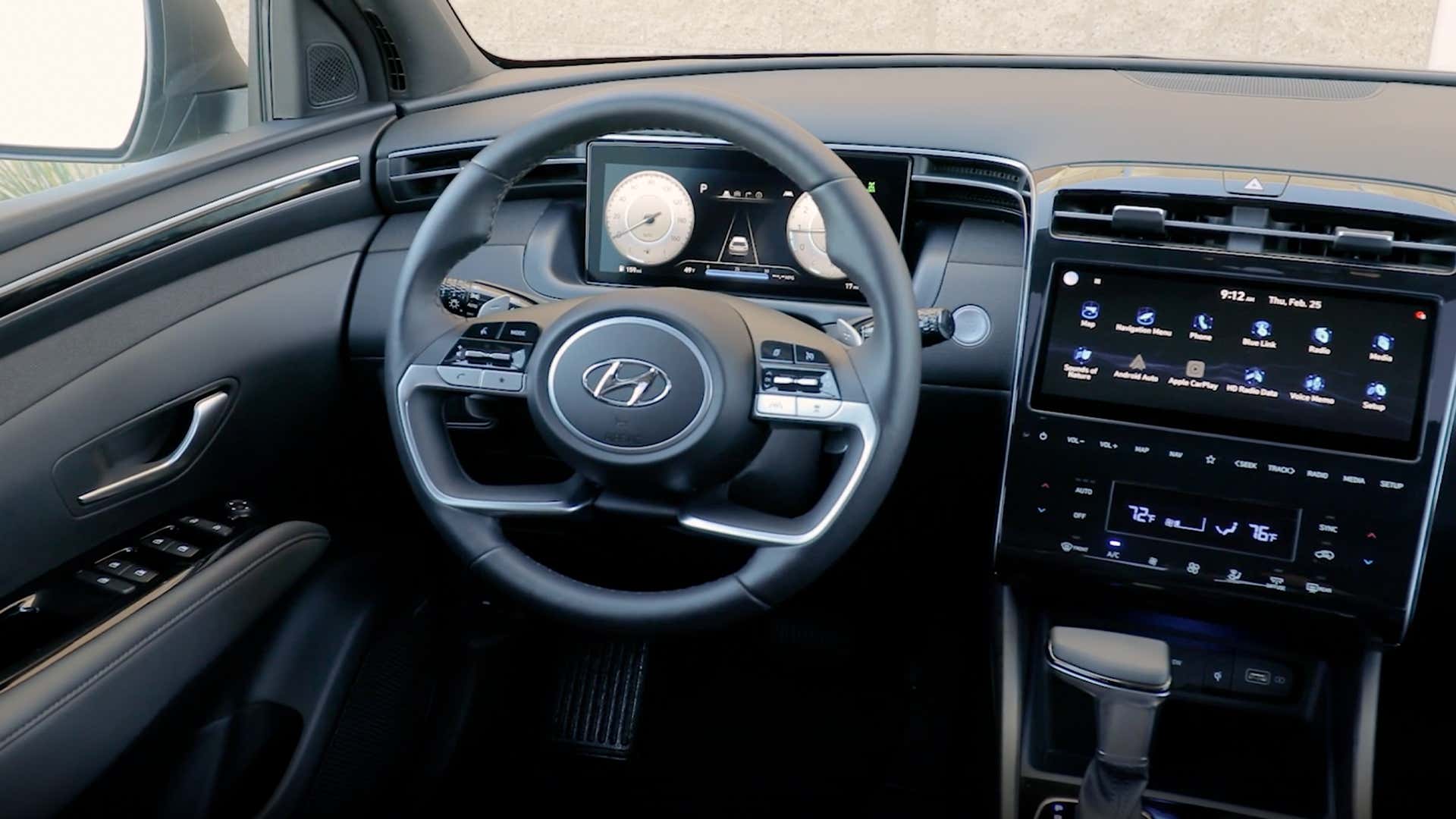 So, how much will all this cost? It’s anyone’s guess as far as the exact dollar amount goes, but it wouldn’t be surprising to see it listed for less than Honda’s Ridgeline range. It’s smaller overall, manages the same max tow capacity, and has a healthy list of options so you can get as fancy as you’d like. One advantage for the Hyundai is its stellar warranty—10 years/100,000 miles on the powertrain and five years/60,000 vehicle for the whole vehicle. It’s coming as a 2022 model so expect to see Santa Cruz SAVs on dealer lots this summer. 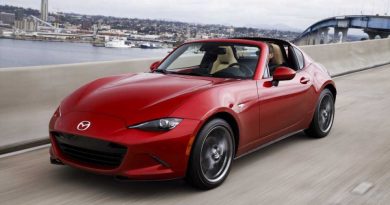 New Cars Are Heavier Than Ever, But Also More Powerful 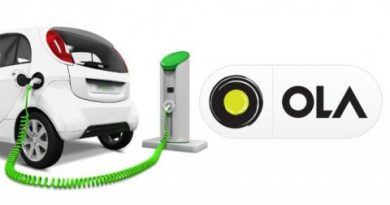 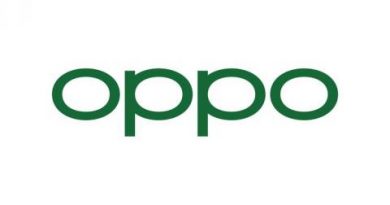