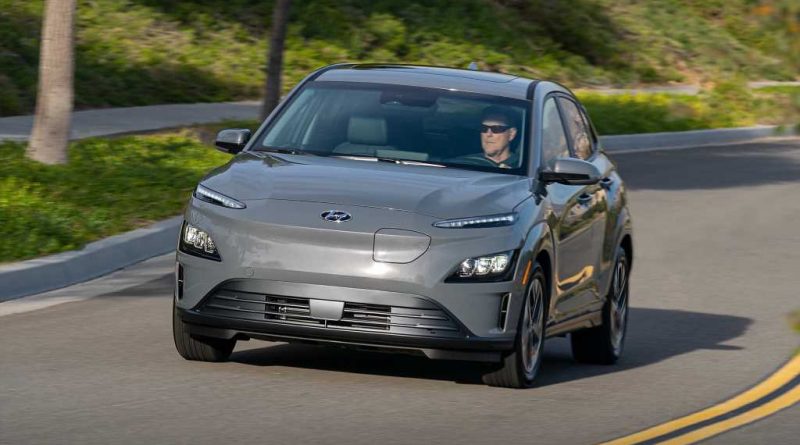 Much like its gas-powered counterpart, the Hyundai Kona Electric gets a fresh face, some tweaked underpinnings, and new insides for 2022. We’ve previously reported on the changes Hyundai made to the European-spec Kona Electric, but there are a few key differences between that version and the U.S.-spec 2022 Kona Electric.

Right out front, the 2022 Kona EV adopts a new front-end design. The headlights are slimmer and the whole appearance is more swoopy than before. The cladding on the wheel arches is now painted to match the body—just as they are on the new-for-2022 Kona N Line—instead of the gray-ish plastic found on the standard car, while the tail adopts slimmer taillights, new turn signal elements, a redesigned reversing light, and a new rear bumper. All in all, the changes to the exterior have turned the Kona range from a somewhat awkward-looking machine into a much sleeker city cruiser.

Beneath the marginally more handsome sheetmetal lies a carryover powertrain. The Kona Electric’s single electric motor still makes 201 horsepower (150 kW) and 291 lb-ft of torque, and sends that output to the front wheels. Advances in tire technology granted the Kona EV more range for the 2020 model year, so the new Kona Electric should be good for 258 miles of range on a single charge. We say “should be” because that range estimate is based on Hyundai’s internal testing, as the EPA haven’t officially rated the 2022 Kona Electric.

Hyundai’s changes to the regular Kona’s interior for 2022 make their way into the EV model. Those include a bigger 10.25-inch central display setup with Apple CarPlay and Android Auto, some nicer finishes around the dash, support for multiple Bluetooth devices, and a 10.25-inch digital instrument cluster. Customers will also have the option to upgrade to Hyundai’s BlueLink system that allows customers to control their car with their smartphone. It’ll give them key info about available range, charge times, and the locations of charging stations.

Speaking of charging, the Kona still is capable of zapping itself from 10 percent battery charge to 80 percent in 47 minutes when hooked up to a Level 3 DC fast charger. If you were to use Level 2 charging (such as a 240-volt hookup), a depleted battery would take just over nine hours to charge back up to 100 percent.

For 2022, all Konas also get new acoustic windshield glass, new insulation around the instrument panel, and more insulation in the cargo hold—additions that should pay bigger dividends in the Kona Electric, given the absence of engine noise, which can make other sounds seem more intrusive in EVs in general. Hyundai says these changes should reduce such noises, vibration, and harshness inside the Kona’s cabin. More distinctive inside and out, with the same solid driving range and peppy performance, the Kona Electric enters 2022 in a better position to take on sub-Tesla competitors such as Chevrolet’s new Bolt EUV crossover. 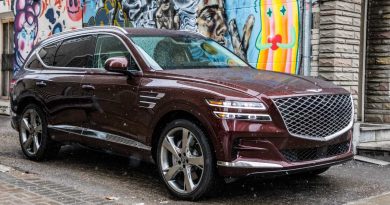 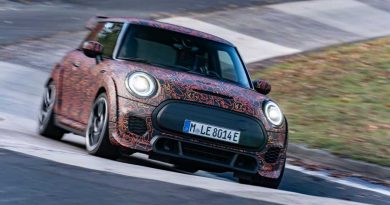