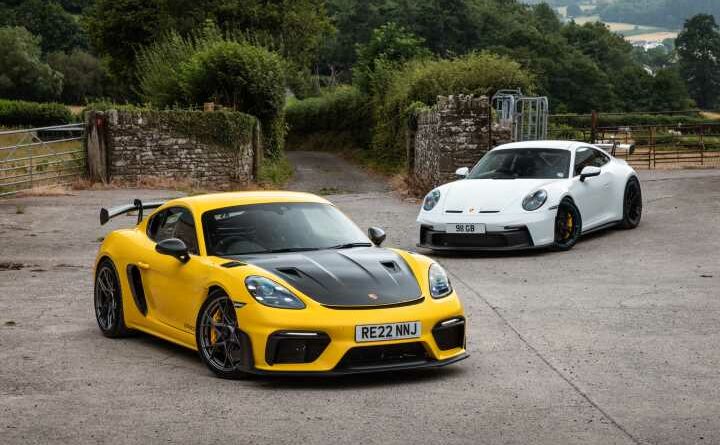 I feel like a broken record when I talk about the Porsche 911 GT3. Sorry about that, but it’s not my fault. Blame Porsche. You see, I like naturally aspirated cars. Not because I am necessarily hung up on yesteryear but because, when it comes to sports cars, they’re just more fun. When the manufacturers that are now producing electric and petrol-electric cars stop obsessing about delivering the quickest and most responsive cars ever – and instead tune them to be engaging on the road – maybe I’ll be able to call those fun, too.

I am talking about torque holes. Natural aspiration means a lot of those, usually at the lower end of the rev range. That sounds terrible but it isn’t. It’s good. Because when you’ve got upwards of 500hp, like the GT3, a lack of low-end torque allows you the breathing space to savour things. To pin the throttle for longer and enjoy the motor before doing a billion miles per hour. You use the lack of torque to your advantage, to make the experience last longer. Try doing that in a McLaren Artura, which is not only turbocharged but electrified as well. Any gear, any speed, pin the throttle in that and, just a couple of seconds later, you’ll be at imprisonable speeds. Is that your idea of fun? It ain’t mine.

Then there’s the noise. Noise is theatre. It’s what PHers thrive on – well, this one, anyway. And nothing makes a better noise than a crisp, naturally aspirated motor. No turbos to stifle things. True, the latest GT3 has lost a bit of depth with particulate filters but even so – there are few motors that sound crisper and more stupefying than the 4.0-litre MA1 flat-six. You know the drill: a 9,000rpm rev limit, the last 2,000 of which is like Cerberus with a spike up his bottom. It’s the stuff dreams I tell you.

All this creates a paradox, though. The 911 GT3 isn’t a dedicated road car. It’s been compromised to go racing, pure and simple. It’s a homologation special, which means it shouldn’t be a great road car. Yet it is, mainly because of that engine. The performance is simply more accessible than the new breed of sports cars, which, while technically better, just aren’t better road cars. Faster, yes. More responsive, sure. But not more fun. That’s the bit that keeps getting forgotten in the pursuit of perfection. It turns out that true perfection is all about flaws.

Some would argue that even the 911 GT3 has got a little bit frenetic. Since the in 992 GT3 arrived, with that double-wishbone front end – there to improve the racing cars – it’s certainly hyper-alert. And on the road that isn’t to everyone’s taste. So, how about a more road-biased version? No, not the 911 GT3 Touring. That’s basically the same without a wing. A car that they said would never be built. A car that, on paper, is even better than the 911 GT3. A car with the engine where it should be if you’re of an engineering mindset: in the middle. And not just any engine. That engine. The MA1, in all its breath-taking glory.

I don’t know why I am trying to create suspense. The Cayman GT4 RS isn’t a news story anymore. That doesn’t mean it’s not special, mind. Here is a car with all the sense of purpose of a GT3 – the wings, the vents, the silly revs – but it’s not meant to be a racing car. It’s a plaything, and I don’t just mean for the lucky owners. It feels like even its creation was playful. A way for a bunch of engineers to let off some steam and, well, have some fun. And in the process, they’ve created one of the most fun cars ever, and certainly in modern times. The suspension and steering are perfectly suited to road driving. That part of the GT4 RS is calmer.

But the engine, well that’s just completely uncut and unhinged. Can you think of many production sports cars that have no sealed bulkhead between you and the motor? Not even a sheet of glass? Well, from the driver’s seat you can reach behind and touch the engine in the GT4, but there’s no need to reach for the noise. It’s there, enveloping you, and not just the thrashing cams and raging pistons, but the gulps of air it swigs through the inlet ducts right behind your ears. Combined it is, well, indescribable. So I won’t bother to try. Instead, we made a video of the Porsche Cayman GT4 RS and, just for fun, we brought along a 992 GT3 as well. It’s a celebration of fun, and I hope it brings you as much fun as we had making it. 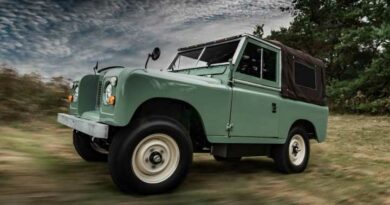 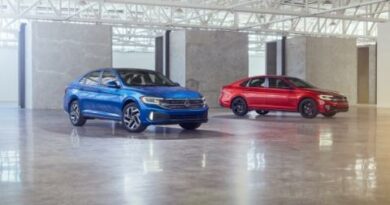 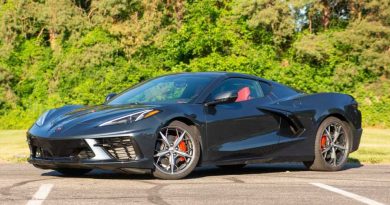