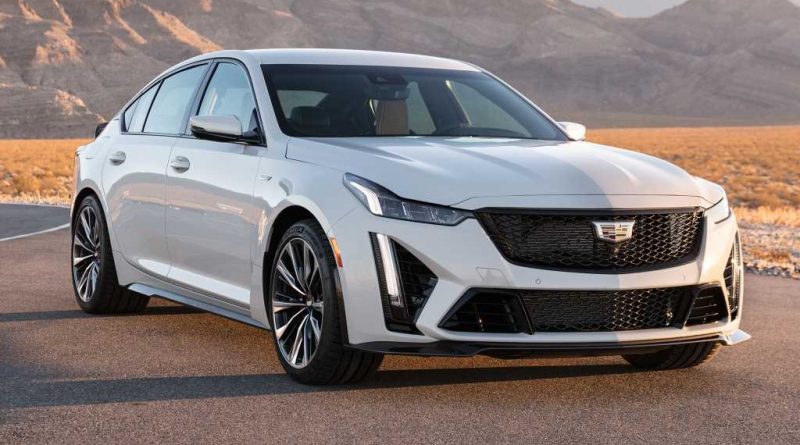 Cadillac’s new performance pinnacle is arriving soon, and it’s called the CT5-V Blackwing. No, it does not have the discontinued Blackwing engine, which briefly entered production as an option for the now-defunct CT6 full-size luxury sedan. Instead, the CT5-V Blackwing comes packing a 668-hp and 659 pound-feet of torque evolution of the old CTS-V’s supercharged 6.2-liter V-8, the most powerful engine in Cadillac’s 118-year history. Fair trade, if you ask me. Why not use the twin-turbo 4.2-liter “Blackwing” V-8 from the CT6? Cadillac claims that it didn’t make enough power. I bet it is partially that, and possibly a cost-saving measure. Why call it Blackwing? Caddy says that Blackwing now represents the ultimate performance expression of the brand. Personally, I would have just called it the CT5-V Max. Either way, this upgraded LT4 is most likely the last new gasoline-powered engine Cadillac will ever launch.

The monstrous motor that out muscles practically all competitors (we see you over there, Dodge Charger Hellcat Redeye) isn’t even the big news. The big news is that a Tremec-sourced six-speed manual transmission is standard. Ahem, standard. I’ll give you a moment. You done with the cigarette? If you must spend the extra cash, a high-torque capable version of the rather excellent 10-speed automatic transmission built by General Motors is an option, but please, get the manual. Should you choose to shift your own gears, the manual features short throws and a no-lift shift function, as well as automatic rev-matching. Like the previous CTS-V, the CT5-V Blackwing remains rear-wheel drive only. As Caddy’s chief engineer global luxury and performance cars, Brandon Vivian, said when asked about why there’s no all-wheel-drive option: “If it doesn’t make the car faster on a racetrack, we don’t put it on the car.”

Yes, 668 hp and 659 lb-ft of torque are huge leaps up from the relatively staid 360 hp and 405 lb-ft of torque produced by the CT5-V’s twin-turbo V-6. The Blackwing’s big, forced-inducted V-8’s extra power—28 additional horses and 29 more lb-ft of torque compared to the LT4 in the third generation CTS-V, the car the CT5-V Blackwing mostly replaces—comes primarily from a combination of a new 1.7-liter Eaton supercharger, 46 percent more airflow into the intake plenums, new throttle bodies, and a new exhaust system. There’s also a revised oil pan and oiling strategy that Cadillac developed after a 24-hour continuous track test in the automatic CT5-V Blackwing, and a half as long 12-hour continuous test of the manual version. Cadillac is claiming 0-60 mph in 3.7 seconds and a top speed in excess of 200 mph. Seems reasonable, as the CTS-V hit 60 mph in 3.8 seconds and could also hit the double-ton. The 0-60 number is for the automatic transmission car. The manual will be slower in terms of acceleration, but Cadillac didn’t say by how much.

As for the non-powertrain enhancements, the CT5-V Blackwing is the latest iteration of GM’s excellent Alpha 2 rear-drive architecture. The housing for the electronically actuated limited-slip differential (e-LSD) is 22-pounds lighter. It also has a subtle V Series logo stamped on it, one of several easter eggs hidden both inside and outside the car. The e-LSD is one of four variables controlled by Cadillac’s excellent Performance Traction Management (PTM) system. The others are traction, stability, and shock damping. These same variables are controlled by the Blackwing’s various V Modes when the driver chooses between Tour, Sport, Track, and a customizable My Mode. Throttle response and even brake feel are altered by switching modes. Both the V Modes and PTM can be changed via buttons on the steering wheel.

The dampers are the fourth generation of GM’s MagneRide Control, otherwise known as MRC. New accelerometers and inertial measurement units allow the system to monitor road conditions four times faster than the previous generation of MRC. The handoff between rebound and compression is said to be greatly improved, as is body control in general, especially under heavy braking and hard cornering. The latest MRC can also account for the fluid temperature within the dampers. Pretty slick. Hardware-wise, shock tower braces, ball joints, bushings, and mounts have all been stiffened compared to the CT5-V. Even the rear knuckles are stronger.  The front setup uses MacPherson struts, and the rear relies on a five-link setup.

The CT5-V Blackwing features Brembo brakes, and these units are the largest ever fitted to a Cadillac. The front rotors measure in at 15.7 inches, the rear units at 14.7 inches. The brakes are cooled 10 percent more efficiently than those on the CT5-V, and the pads are free from fish-killing copper (meaning Cadillac can sell Blackwings in California). For the first time, if you so opt, you can spec carbon-ceramic rotors on the big-dog Caddy. Coupled with new, 40 percent stiffer forged aluminum wheels that are 19 percent lighter, the carbon-ceramic rotors help significantly reduce rotating mass by 62 pounds and unsprung weight by 58 pounds. Magnesium wheels are coming, though Cadillac didn’t say when. A Blackwing-spec set of Michelin Pilot Sport 4S tires come wrapped around this high-powered Caddy’s wheels. The tires feature three unique rubber compounds, though the contact patch is primarily made up of R compound material. Tire sizes are 275/35ZR19 front and 305/30ZR19 rear.

Design-wise, the Blackwing version of the CT5-V was styled and validated in GM’s wind tunnel, and further refined on racetracks. The car’s wider fenders cover up larger, staggered wheels and tires: 19×10 inches up front, 19×11 inches at the rear. The mesh grille has been redesigned for more airflow and better cooling and better high-speed stability. One of the highest-pressure areas on the nose feeds the brake ducts for additional cooling. The fender vents are functional and bleed high-pressure air from the front of the vehicle, and the front splitter helps cancel lift. A rear trunk-mounted spoiler improves rear traction, while midbody panels channel air to an “underwing” beneath the vehicle that helps with stability and feeds the rear diffuser. Quad exhaust tips and extended rocker panels complete the look.

There’s a carbon-fiber track package option that adds a carbon grille header (a transom above the mesh face), splitter, rocker extensions, deck spoiler, and rear valance. The carbon fiber parts were also developed and validated in a wind tunnel before being validated on a track. All carbon fiber parts are book-matched, both inside and out. All of this helps make the CT5-V Blackwing (along with the CT4-V Blackwing), “The most track-focused Cadillacs ever,” according to Rory Harvey, the vice president of global Cadillac.

This track-focus continues on the inside. The carbon-fiber-backed seats-which are 18-way adjustable, heated, cooled, and massaging-have bolsters that are designed to make reaching the stick shift as easy as possible. Moreover, if you’re wearing a helmet, the headrest doesn’t push your head forward. Yay, I love that! The interior itself is patterned after driving suits and track curbing and is made up of leather, carbon fiber, and Alcantara. The steering wheel is leather-wrapped and features carbon-fiber trim, as well as a red leather 12 o’clock marker.

2022 Cadillac CT5-V Blackwing: What Does It Compete With?

Cadillac is simply incapable of getting into the follow the leader game when it comes to sedans. As such, the CT5-V Blackwing competes size-wise with both the BMW M3 and M5. Performance-wise, the Blackwing makes more power than both. The BMW M3 Competition bangs out a relatively paltry 503 hp (and that’s up from 493 in the standard M3). Whereas the just announced BMW M5 CS—the most powerful BMW ever—makes just 627 hp and 553 pound-feet of torque. The new Porsche Panamera Turbo S makes only 620 horses. Only the 630 hp grosser Hammer AMG GT63 S out powers the CT5-V Blackwing, and only in terms of torque with 664 lb-ft. That’s five more pounds of twisting force, true, but in a vehicle that’s probably half a ton heavier. Actually, those last three would make for a great comparison test. Point is, Cadillac is making a statement.

The Cadillac CT5-V Blackwing will start at $84,990 when it goes on sale later this summer. A tremendous performance bargain, says me. Even if you check every option, you’ll still be tens of thousands of dollars under what the Germans charge for similar performance machines, with nary a manual transmission in sight. The first 250 units can be reserved via Cadillac’s website, and each car is numbered on the steering wheel. Seeing as how this might well be the last new gas-powered Cadillac ever, those of you into the buy, wrap in plastic, store for 30 years, sell at auction retirement plan, might have just found your north star. Pun intended. 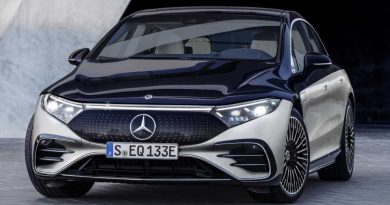 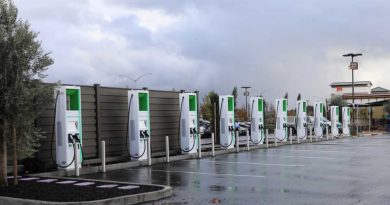 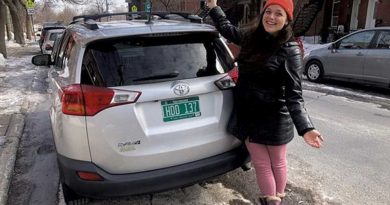