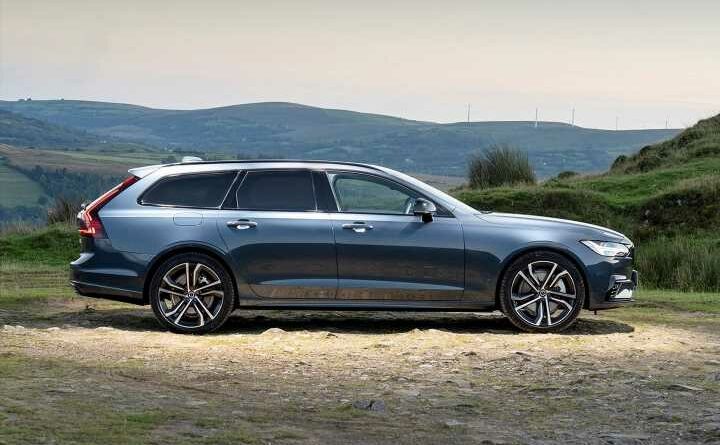 We'd almost forgotten that Volvo makes a 300hp wagon – and now it's updated the onboard tech, too…

The timeliest aspect of this V90 B6 (P) review is its recently introduced Android infotainment system, but, as we’ve not driven the V90 for a while, it’s worth touching on some of the other mods that have occurred since our last go in Volvo’s biggest wagon. It had a facelift last year, you see. That brought trinkets such as wireless charging and a beefed-up Bowers & Wilkins sound system, along with styling updates: new front fog lights, redesigned front bumper, and a tweaked backend featuring all-LED taillights with scrolling indicators. All in all, then, hardly revolutionary. Still, the V90 has generally been received as a handsome beast, so perhaps as far as looks were concerned, the Gothenburg crew decided on discretion being the better part of valor.

With that dealt with, how does the Android upgrade mix things up? Well, it means that Volvo’s Sensus infotainment has been binned in favour of the software platform that appeared on the Polestar 2 and Volvo XC40 Recharge – the full EVs, basically. The word on the street is that the other XC40s (those with ICEs), along with the S60 and V60, are getting the same update next year. That’ll leave the XC90 as the odd one out, but as the big SUV is due for replacement in 2022 (complete with EV iterations and hybrid petrols) the reengineering costs aren’t thought to be commensurate with its moribund status.

The Android system is, in the main, an improvement. It’s far more responsive to requests than the old Sensus system and seems more stable, too – so far, I’ve not seen it throw its toys out of the pram and crash like the previous tech would. Plus, if you’re like me and dislike manufacturers nannying, get this: many of the setting changes you make remain changed when you’ve switched off the ignition. For example, unlike most Stellantis and VW Group products, if you’ve invested time turning off the lane-assist or selecting the speed limiter over the cruise control function, joy of joys, you don’t have to retrace every step should you nip into a petrol station for a splash and dash. Additional highlights include Google Maps and even Google Assistant, which controls various features from the climate control to the navigation. One thing missing is Apple Carplay – but apparently that’s coming too.

Elsewhere you get a new digital instrument screen, which has a higher resolution and a revised design that shows bigger navigation maps, although generally speaking the V90 is much as it was. It still has a stupendously good driving position. The range of steering wheel adjustment is handsome and the R-Design sports seats rate ‘supreme’ on orthopaedic scale. Assuming there is such a thing? The V90’s also massive inside. You’ll fit five big lads or ladies on board with few issues, and the boot is bigger than most of its rivals’ other than the capacious Mercedes E-Class Wagon’s. Oh, and speaking of that very Stuttgart product, the V90’s interior fit and finish is better. It’s pretty much a match for anything from Ingolstadt and Munich as it goes.

This B6 weighs in at 1,938kg, so it’s not dainty. But then the 2.0-litre petrol ‘four’ has a heady 300hp and 310 lb ft of torque, which is enough to haul you up to the 62mph-barometer from rest in 6.2 seconds. The Volvo-mandated 112mph top speed is a bit 90s Cavalier GLi – it certainly won’t having you playing with the autobahn big boys – but for UK use it’s fine. Supercharging means peak torque chimes in from around 2,000rpm but the low-end throttle response is keen below that. A bit too keen, actually: at slow speeds it’s way too boosty on light throttle openings. The turbocharger takes up the reins in the mid-range and pulls you cleanly upward to peak power at 5,400rpm.

MHEV tech makes the stop-start system pretty much imperceptible, but there are some negatives. Along with its knee-jerk throttle, the Aisin-Warner eight-speed automatic gearbox can also be clunky; it isn’t a patch on the slickness of ZF’s equivalent in the 540i Touring. And, on that subject, while the B6 isn’t coarse by any stretch, its tinny, hairdryer tones are dull next to the crispness of a six-pot. At the risk of sounding like a BMW fanboy the 540i’s steering is more feelsome, too. In fact, to prove the point that I have no Bavarian allegiances, the Jaguar XF Sportbrake’s steering is better still.

Compared with either, the V90 has a characterless helm, albeit one that weights up well with some lock. But it’s too light around the straight-ahead, which on motorways leads to some lane-wandering antics. You can dial that out, to a degree, by popping the steering map into its more dynamic setting, but that doesn’t enhance the feedback and there’s little joy lurking in the depths of the V90’s chassis. Being all-wheel drive, it doesn’t torque steer like the pokier, front-driven Volvos, but the rear axle doesn’t deliver any torque-led rotation to pop you off an apex like BMW’s xDrive set-up will. On the plus side, the V90 is an easy-going steer. It doesn’t wallow and the grip from its 20-inch wheels, shod with 255/35 rubber, is tenacious.

It’s worth pointing out that this V90 has the optional Active Four-C Chassis. It adds adaptive dampers at each corner but retains steel coil springs at the front. At the back, the transverse composite leaf spring is jettisoned; instead, you get two air springs that enable self-levelling – should you dump a bag of cement in the boot. The ride is a touch knobbly over sharper callouses, no doubt partly due to those slim sidewalls, but it’s not choppy. In fact, vertical movements are dealt with neatly; the V90 settles swiftly after undulations without forcing the body back to its neutral stance.

So, this isn’t a big estate car that rewards hurling around. For that kind of caper you still need the 5 Series Touring or XF Sportbrake. It’s a good car, though the V90. Rather like the V60 we revisited last week, if you’re happy to trade some B-road adrenalin for a more cosseting, relaxed approach, then the V90 is just the ticket. It won’t break the bank, either. Okay, the XF P300 is cheaper but the V90 R-Design comes in at around the same price as the 540i M Sport. And on a return trip from London to Gaydon, it was pretty much hitting the official WLTP combined figure of 35mpg. It’s a classic case of if it ain’t broke don’t fix it. The V90 wasn’t, so Volvo didn’t. Hurrah to that.

Renault to announce the name of B-SUV on November 18 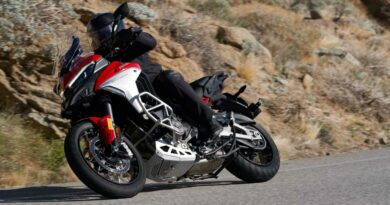 Summer Motorcycle Gear to Help You Beat the Heat 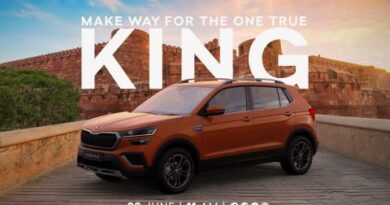 Skoda Kushaq to be launched on June 28