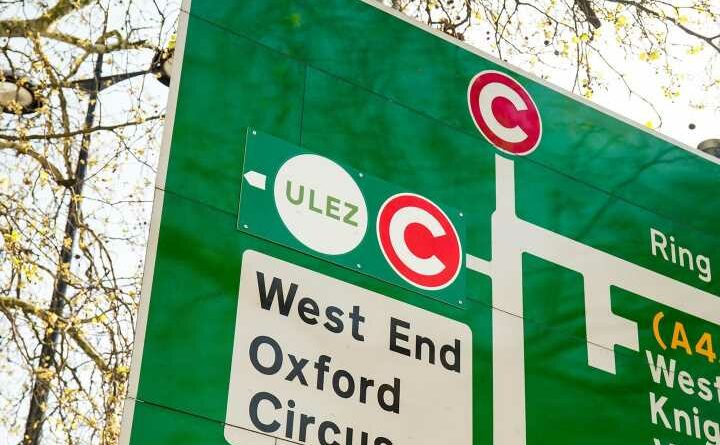 From Mile End to Ealing and Brixton to Bounds Green, the Ultra Low Emission Zone gets larger on Monday

From Monday October 25th, it’ll cost £12.50 to drive any non-ULEZ (Ultra Low Emission Zone)-compliant car within London’s North and South circulars, the A406 and A205. Having been introduced in 2019 in the Congestion Charge Zone, the Ultra Low Emissions Zone is now 18 times larger than two years ago. Which is a lot. Hopefully you’ll excuse the shameless shoehorning of an iconic lyric into the standfirst to illustrate just how far-reaching the new zone is; there are people set to be affected in Clapham that’d get a nose bleed going as far as up as Wood Green, but the fee would still apply.

Indeed, there’s no getting around the fact that driving in central London – or even Zone 2, as your annoying London mates will tell you they live – will be extremely expensive. With the Congestion Charge now at least £15 (or £17.50 if you pay a couple of days later) on top of the ULEZ £12.50, every trip in could cost £30. That’s likely to grate however wealthy you might be. Especially as the classification, for diesel cars at least, is fairly strict – you’ll need Euro 6 emissions classification, which only became obligatory in September 2015, to be exempt from the Ultra Low Emissions Zone. So there are diesels out there – some lovely four-, six-, and eight-cylinder cars, some barely six years old – that’ll incur the charge.

For petrols, it’s much less strict, as cars need only be Euro 4 compliant to avoid the £12.50. That was made mandatory across Europe in 2005, with some cars ahead of their time being compliant early. So there are 2004 cars that remain outside the rules. But classics are exempt, although opting for something 40-years old or more seems a pretty drastic move to avoid the charge. For those of you who live in town, with your avocado brunches and £8 pints, it’s worth noting that you won’t be charged for keeping your car on the driveway – or abandoned on a nearby street. You’ll only be liable to pay on days when you’re actually driving in the zone.

Everyone will have their own view on how necessary and impactful the ULEZ expansion will be – a discussion we’ll leave for the comments thread. That said, an effort to clean up London’s air, however unpopular it may prove, seems at least laudable. Nobody is going to miss old diesels clogging up streets, surely, and a move to using public transport more in such a busy city seems eminently sensible. If only it weren’t for a global pandemic making people prefer their cars to trains. A cleaner future for the capital seems hard to criticise, but it’s clear already that ULEZ has its detractors. At which point we’ll hand over to you…

Instead of arguing the toss over legislation, we’ll point you towards a few cars from the 160,000 available in the PH classifieds. In particular, they’re cars that are surprising, either for their compatibility with ULEZ regulations – or the very opposite. We’ve tried to pick cars for sale inside the M25, too, as it might be easier to strike a bargain on those.

Did you know a Maybach is ULEZ exempt? Yes, really. We’ve checked the reg plate of this one numerous times, and it really does only need to pay the Congestion Charge. So if you want to play at diplomat, what better than a 2003 57 V12? This isn’t some neglected old heap, either, but a low mileage (46k) example with full Mercedes-Benz service history – which probably totals the £40,000 asking price over the past 18 years. The private seller says it’s “an absolute please to drive, reflecting the way it has been looked after and maintained.” Even the light leather has lasted nicely. A twin-turbo V12 uber saloon, for sale in London at the price of a specced-up hot hatch, is compliant with the Ultra Low Emissions Zone. Which feels like cheating. Don’t say we never do sensible consumer advice on PH…

At the other end of the spectrum, something like this BMW F31 330d will be forced to pay the £12.50 daily charge. That’s how draconian the measure is for oil-burners: this was a class leading diesel wagon just a generation ago, a model of efficiency and desirability, now deemed not clean enough for SW4. It’s for sale just outside London, however, so won’t face any adverse charges for now. The way around it? Buy the faster one. This 335d from the same generation doesn’t incur the ULEZ wrath, presumably as a slightly newer engine designed with Euro 6 in mind. This Touring is Estoril Blue and nicely turned out – previous owners have clearly seen the appeal, too, with 80k already on the clock of this 2014 car. Newcastle maybe doesn’t have much perceived relevance to a ULEZ story, but the point stands to anyone in London eyeing up a purchase – it’s really worth researching every engine possibility. Who’d have thought a 335d would save money over a 330d?

Fancy a sports car instead? You might be surprised how old it’s possible to go. This Ferrari F430 is a 2005 car, and thus is Euro 4 eligible. All 8,500rpm and 480hp of it. Quite why you would want to drive a Ferrari V8 inside the M25, leave alone the North Circular, is another matter, but the option is there if required.

Time for a final one that falls foul. We’re still yet to officially see the new Range Rover, yet the outgoing car doesn’t comply in all its variants. This early V8 diesel, for many the pick of the L405 range of the range, would be subject to both Congestion Charge and ULEZ. Which is a shame, because the soothing surroundings of a Range Rover (along with bountiful torque of a big, V8 diesel) makes them ideal London transport. Away from the width restrictors, of course. Another one where the petrol version skirts around the problem. In fact, why not go the whole hog and get an SVR? This 2016 car is for sale in Kingston, so not far from actual London, in the trademark blue and with a full main dealer service history on top. 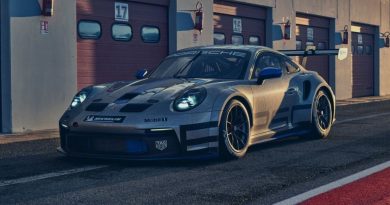 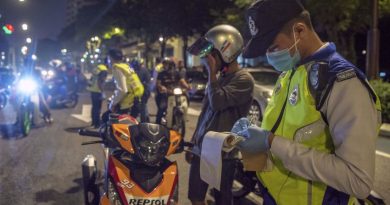 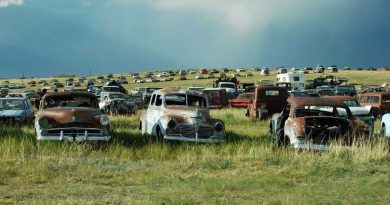 Picturesque Junkyard Backgrounds For Your Next Video Conference