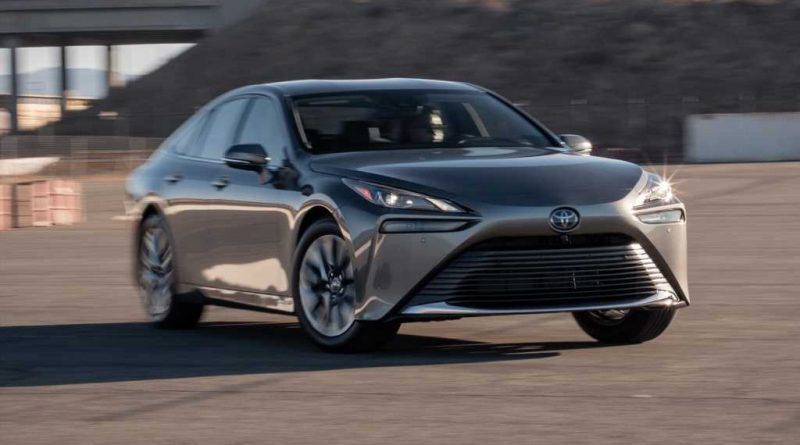 The 2021 Toyota Mirai has transformed itself from the oddball eco-friendly four-door that you occasionally see in a California Costco parking lot to a handsome, slick-looking sedan. This second-generation Mirai now looks like a fully developed car, and it’s more upscale and more dominant in the fledgling fuel cell class.

The new platform, rear-drive configuration, and newfound ability to seat five instead of four are significant improvements. Above all else, though, the one feat that should matter to proponents of a cleaner future and capture the attention of competitors is the newly improved 402-mile EPA-estimated driving range.

Our test vehicle, priced at $52,330, came in the XLE trim with Heavy Metal paint ($425) and the Advanced Technology package ($1,410). In addition to the reconstructive surgery, the newly redesigned Fuel Cell Electric Vehicle (FCEV) from Toyota delivers a smooth-sailing driving experience and is exceptionally comfortable.

The Mirai drives delightfully no matter what road you travel on. Sharing its GA-L architecture with the Lexus LS, the Mirai gets through road defects, parking lot speed bumps, and dips without causing a scene. The nicely tuned front and rear multilink suspension, in addition to a rock-solid chassis, translate to premium drivability, resulting in a pleasantly easygoing ride.

Backed by 182 hp and 221 lb-ft of torque from an electric motor (now mounted on the rear wheels instead of the front), the Mirai is noticeably quick on initial acceleration but then cools off to an acceptable hybrid-like pace. Based on our testing, the 2021 Mirai is 1.2 seconds quicker down the line than our long-term 2016 Mirai achieving a 0-60 dash in 7.4 seconds. If you insist we mention the quarter-mile test results here (because why not), the Mirai accomplished it in 15.8 seconds at 87.2 mph.

On the topic of acceleration, road test editor Chris Walton said, “The best part is 0-20 mph, where you can feel the torque. Quiet and repeatable. It is fun to watch the power display, and you cannot tell at all when the handoff from battery power to fuel cell power occurs.”

Braking, for the most part, is consistent. However, it can sometimes be unclear how much stopping power is necessary from the driver due to regenerative braking. From our track test, the stopping distances were as follows: 118, 122, 119, 122 feet.

Moreover, the second-gen Mirai performed about a second faster than the outgoing Mirai on our figure-eight course. While undergoing the skidpad assessment, it managed a maximum lateral grip of 0.86 g. The hydrogen fuel cell electric sedan completed its best lap in 27.4 seconds at an average of 0.61 g.

Walton, on how the Mirai performed: “That wooden brake pedal was a detriment to the car on the figure eight. It must be brake by wire because it’s nearly impossible to modulate. It has a very digital feel. As a result, it was difficult to release the brakes (progressively) at the appropriate time going into the turns.”

Despite handling better than the previous generation in everyday driving, the Mirai is no sport sedan. Driven hard for our testing, the Mirai exhibited vague steering and “a decent amount of grip and acceleration with good balance,” Walton said, “but it’s everything else that suffers. This fuel cell is a smooth-riding, decently quick transportation pod.”

2021 Toyota Mirai: Breaking Down the Powertrain

By combining stored hydrogen with oxygen from the air, the Mirai’s fuel cell produces an electric current, and the only emission is water. 11 pounds of hydrogen are stored in three 10,000-psi carbon-fiber-reinforced tanks. Combined power from the fuel cell and the battery goes to a rear-mounted electric motor that drives the wheels using a single-speed transmission.

The battery (located between the rear seat and the trunk) stores excess electricity generated by regenerative braking and the fuel cell. Equipped with a more compact lithium-ion battery than the first generation, it has a higher capacity (4.0 amp-hours compared to 6.5 amp-hours).

An increase of power output from the fuel cell from 114 kilowatts to 128 kW came through optimizing the gas channel separator electrodes and seals and relocating the air intake manifold. The 650-volt fuel cell, which is 20 percent smaller and 50 percent lighter in the 2021 model, was relocated under the hood. Integrating a lightweight power control unit with the fuel stack also helped reduce the system size. A longitudinally mounted tank in the center of the car decreases legroom; this is why even though there’s a fifth seat now, rear passengers seated in the middle may not be as comfortable.

Even though the Mirai XLE we tested at our Auto Club Speedway venue is approximately 170 pounds heavier than the previous generation, the fuel-cell-based sedan moves positively despite its 4,243-pound curb weight. Thanks in part to improved weight distribution and a lower center of gravity, the attractive FCEV feels firmly grounded all the time.

On the highway, the Mirai handles like any other mainstream car, so much so that sometimes you forget it is a fuel cell vehicle. Until the H2O release button on the dashboard reminds you to use the accelerator prudently. We wonder what other drivers were thinking at the sight of the Mirai ridding itself of its water contents in the middle of the road.

At any rate, wind noise at highway speeds is moderate, but it’s nothing that amounts to a nuisance—even with the JBL sound system turned off. The steering wheel feels nice in your palms, and the inputs are quite precise during swift lane changes. Suffice it to say that the 4,000-plus-pound Mirai does not have trouble passing or keeping up with the flow of Los Angeles traffic.

Our test fell short of the EPA-estimated 402 miles; however, considering how uncivil we were with the accelerator pedal, it comes as no surprise. We spent a weekend driving the 2021 Toyota Mirai XLE in everyday situations and drove it more aggressively than we ideally should have. And in all fairness, most of the driving took place on the highway. After using approximately half a tank, our average mpg-e was 63 over a total of 158.6 miles, at which the indicated range remaining showed 143 miles. Had we continued on this trajectory, we’d have only managed 300 miles on the tank. With the dearth of hydrogen fueling stations at present, it’s imperative to take your driving style into account when planning your refueling schedule, especially on long trips.

Still, subjected to further testing, it turns out we like the zero-emissions cruiser more than the forecast had been predicting. 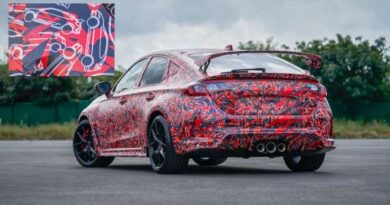 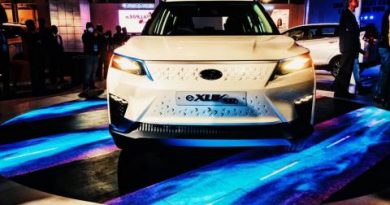 Mahindra to support Ssangyong develop EVs based on MESMA 350 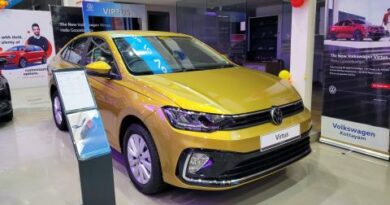