With a hybrid Octavia vRS offered for the first time, is the diesel still worth considering?

Arguably more than any other brand in the VW empire, diesel suited Skoda. This applied to their performance products, too. Buyers considered them pragmatic, efficient and unassuming – which chimed nicely with modern oil burning engines. Much more so than with its stablemates. The Fabia vRS became a cult classic; the Ibiza Cupra TDI did not. Even for mighty VW, the GTD is a footnote in the Golf's storied history. The vRS nameplate though was free to embrace both petrol and diesel without treating one as an inferior option.

Now of course, things are a little different. Buyers still like to think of Skoda as a pragmatic, efficient and unassuming, but the black pump is starting to seem like none of these things. Obviously that's a half truth: this latest vRS, powered by the VW Group's latest iteration of 2.0-litre diesel engine, employs two selective catalytic reduction (SCR) filters and dual AdBlue injection. It has been made as virtuous as possible while still delivering more power than its predecessor. But the introduction of a 30g/km plug-in hybrid option to the vRS is ominious. Terminal, even, from a company car buyer's perspective.

Which is a shame in some respects, because all the virtues that stood proud and true before are still intact. Without trying too hard, the vRS TDI is a broadly capable and quietly impressive. Outside it's ndistinguishable from the petrol vRS, the 19-inch wheels filling out the arches handsomely enough and the details updating the Octavia silhouette quite nicely – certainly as well as the Leon equivalent, and arguably making for a more successful update than Volkswagen managed with the latest Golf.

The interior is identical, too, which is less deserving of praise. Not only does the expunging of physical switchgear in favour of touchscreens found across MQB Evo models make functions harder to navigate on the move, in the Octavia they simply weren't as responsive they needed to be. And that was when they were working; one 60-minute journey saw just 'loading settings' displayed on the 10-inch central screen unless the drive mode selector was pressed. Which then flashed up the CarPlay option overlaid with the dynamic parameters. Apparently it fixed itself later on. But it's precisely this sort of software gremlin that underlines just how needlessly complicated infotainment systems have become.

Still, it meant there was no excuse for not focusing on the drive experience – which probably worked in the car's favour. Certainly no repeat vRS buyer is going to grumble. The latest EA288 Evo unit is probably among the last volume four-cylinder oil burners to still reap the benefit of the industry's long ago laid bet on the future of diesel; thus it finds itself as fit as a butcher's dog in 2021, even if it is to no avail. The modest increase in power doesn't tell the full story of the new model's responsiveness: that glut of torque from very few revs – always the vRS calling card – has swelled to an improbable surfeit in everyday use. Finding the redline has become no more interesting than it was before, but the car remains pleasantly, purposefully brisk in the kind of in-gear, gap-finding way that maximises its obvious usability. At 295lb ft, the TDI delivers more peak twist than the 245hp petrol vRS we drove earlier this month. More often than not, it makes the difference a virtue.

Of course, endeavour to do anything more ambitious than making a set of lights, and the disparity elsewhere is no less apparent. Although it's worth caveating them with the benefit of back-to-back experience: in isolation, the TDI rarely feels like it is overburdened with mass upfront, and nor does the engine feel mismatched with the firmer chassis. Given how leaden front-wheel drive diesel performance cars could feel just a generation ago, the vRS's rolling refinement and relative eagerness are pretty hard to fault.

But the petrol model is undeniably superior. Some of that is due to the options – the wagon we drove had adaptive dampers, this one didn't – and that's proved a nail in the coffin for VW Group products before. But there are fundamental differences, too. Where the petrol vRS gets the VAQ technology that mimics a limited slip differential, the diesel goes without; thus cornering is clumsier and less satisfying than in the petrol car. Not disastrously so – the light steering is accurate, and grip pretty good – but there isn't the same tenacity when it comes to holding a line, and the TDI's additional torque means it calls on stability control more often. Some of the edge is gone.

And that's despite wearing the passive suspension which provides more of it from a ride quality perspective. Again, in isolation you'd easily forgive the compromise sought by Skoda – but it's hard to forget the extra bandwidth permitted by the £945 DCC tick. Most Octavia buyers will likely favour comfort; the adaptive dampers do a better job of dispensing it. Simple as that really.

Fact is though that the TDI remains hugely comfortable in its own skin. It says you've made a reasoned, practical decision. It'll do 50mpg, no problem. And also 155mph, if you're sufficiently keen. Moreover, if you bought it as a wagon, with DCC fitted, and with all-wheel drive (an option not available to petrol buyers – or Golf GTD customers) you might find yourself in possession of exactly the sort of performance sleeper that Skoda has been threatening to build since the Fabia vRS. Of course, even if that's true, the TDI is still likely headed for a niche position in the market – one made smaller still by the incoming hybrid. Still, if you've got big miles to cover, and clutter to take along, and a middling budget to do it, you could do an awful lot worse than the diesel vRS. The hybrid is unlikely to change that opinion one bit. 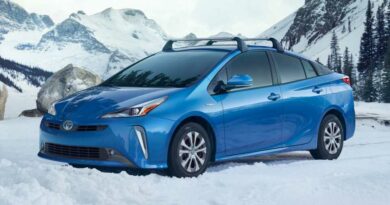 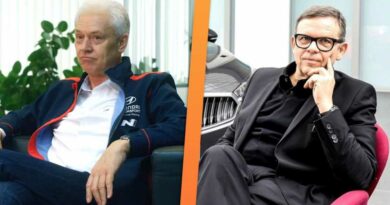