The rear seat, like previous S-Classes, is the place to be. Apart from all the massages, cooling, entertainment and info available, the basic comfort of the seat is astoundingly good! For this review, we had the S400d, which has the same inline 6-cylinder engine that has been used before, but with a twin-turbo setup pushing out 325 BHP and 700 Nm. There is also an S450 petrol on offer with about 360 BHP and 500 Nm. These specs, especially those of the diesel, will probably change for the CKD version, to something slightly less powerful.

Getting into the driver’s seat, I suddenly felt a lot more supported. While the previous-gen S-Classes had sofa-like seats which were extremely comfortable, this one just seemed to cocoon me a bit more. The cockpit and driving position itself seemed to feel more driver centric, which is something I appreciate. Starting the smooth diesel engine, one barely hears a murmur when it fire up and it is pretty much inaudible at idle. The first thing I noticed as soon as the car started moving is that the S-Class seemed to shrink around me. The S-Classes I have driven previously are easy enough to drive, but one is always aware of their gargantuan size. In this, it suddenly felt like an E-Class in terms of size. Pottering about in the city is about to get a whole lot easier for many chauffeurs who will be at the wheel. The S400d moves around with the usual grace and smoothness expected of an S-Class, and the rear wheel steering, which turns up to 10 degrees, is really a game changer. U-turns, which would have been 3 or 5-point turns, are now taken in a single turn. It’s simply unbelievable to see such a long vehicle make such tight turns. The rear wheels turn in the opposite direction to the front ones at speeds under 60 km/h.

Ride quality, even with the larger 20″ wheels, is very supple and soft, and it simply eats up bumps and road unevenness. Though the suspension does crash (I’m not sure crash is the right word) into larger bumps and potholes, which are one too many on our terrible Mumbai roads, largely due to the 20″ rims (the CKD’s wheels will fare better), it is never heard, it’s only felt. While earlier S-Classes were a bit like boats in terms of how they bobbed about, this W223 seems to have more of a controlled/flat ride. It is still the gold standard when it comes to ride comfort, and insulating its passengers from the outside world. BMW, Audi & gang simply don’t match up. It makes long drives through traffic feel like nothing, like some sort of time warp. You get out just as fresh (or fresher, with the comfort features available) as when you started the journey. To summarise the ride, on these 20-inchers, I found it about as comfortable, if not a little bit more supple than the W222. The 20-inchers don’t really take away the comfort, but one needs to be careful with the lower profile tyres, which are easily damaged.

The S-Class continues with the 9G Tronic gearbox which was used in the W222 facelift, and it is certainly a smooth gearbox in terms of imperceptible shifts, and also being in the correct gear when it needs to be. One thing I noticed is that, unlike the earlier S, this one starts in first gear as compared to second. Also, it seemed to hold on to gears till slightly higher rpms than needed (not that one would notice in terms of NVH), rather than upshifting early. In efficient mode, it did upshift quicker, but I drove mainly in Comfort mode, and felt it should have done the same in this mode too.

On the open road, the S-Class comes into its own. The suspension eats up road undulations, and smaller bumps and joints on the road like magic. High-speed stability is very confidence-inspiring, and the comfort levels are top-notch. It is here that one can really enjoy driving the S-Class. With the large power and torque reserves, and the more driver-focused steering setup, one actually can enjoy hustling the S-Class around. The OM656 engine, when given the beans, emits a pleasing growl and revvs to the redline without any strain. The 9G transmission is quick to react and shift at the same time. The rear-wheel steering turns the rear wheels in the same direction as the front, and changing lanes or taking turns has a different feeling altogether. It is effortless. While with earlier S-Classes, one would only want to cruise, with this S400d, I found myself pushing it a fair bit and enjoying it. Grip levels with the all-wheel drive 4MATIC system are surprisingly good, and the car never managed to lose its composure no matter what I threw at it. Also, doing 0-100 km/h runs is a lot of fun because it just puts the 700 Nm down without any drama. I also do need to mention that the brakes are strong enough to bring the S-Class down to a stop from whatever silly speeds the drivetrain manages to get it to.

The radar-based cruise control, lane assist, blind spot assist and auto braking functions are carried over from the previous-gen car. I did use the adaptive cruise control for a while on my highway drive, and it was a very pleasant experience. The feature is certainly something one can use on well marked expressways, or highways and it takes some of the effort out of longer drives. It’s still a bit unnerving waiting for the S to brake when the car in front slows down, and while it reacts a tad millisecond later than a human would, it does so smoothly and without drama. One does need to keep an eye open though, since our roads are far too unpredictable. The story is similar with the steering assist. Sometimes, it turns into corners a bit late (more due to bad road markings), and once or twice, I felt it was going to hit the crash rail but it turned just in time. I guess its a matter of trusting the systems more. For the city though, its best to keep the assists off, since the car slams the brakes when it detects an imminent collision, it’s designed to perform on the conservative side (more Europe than India) and that can lead to one being rear-ended.

Now the most important part – rear seat comfort. The rear seat, like previous S-Classes, is the place to be. And it is the place where owners will spend most of their time. Apart from all the massages, cooling, entertainment and info available, the basic comfort of the seat is astoundingly good! There is an overload of screens and different ways to control different functions. The ride quality is even better at the back, and there is zero engine noise. The insulation is noteworthy. Be it bumpy roads at city speeds, or highway speeds with an enthusiastic driver, the rear is stable and comfortable.

The S-Class is built for the open road. It munches miles like a BOSS: 20″ rims are silly and impractical in India. We ended up with a damaged tyre in Lonavala. The jack had been used on our new test car, so clearly, the tyres had been damaged earlier too: Continue reading the discussion on the 2021 Mercedes S-Class on our forum. 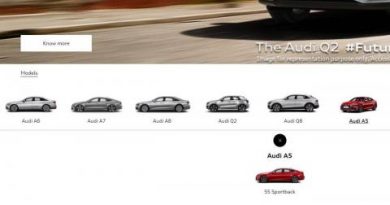 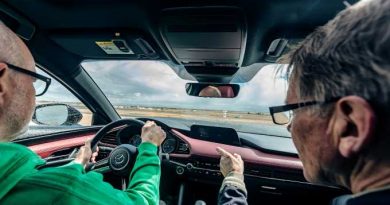 Back to School: TGA’s Rob Corddry Gets a Racer’s Lesson in Performance Driving