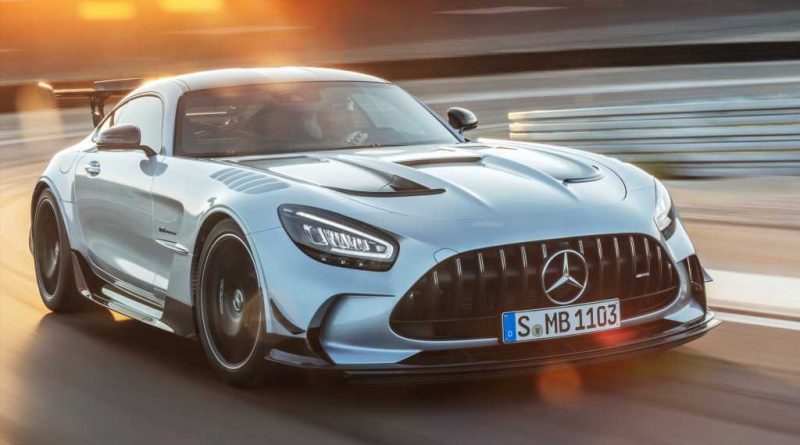 There are many extraordinary AMG models, but the Black Series is the stuff of legend. In fact, the mark’s been absent from the AMG lineup since the outrageous SLS Black Series ended production—the last of a legendary line, it seemed. That all changes with the 2021 Mercedes-AMG GT Black Series, which takes the three-pointed star’s Porsche 911-fighting coupe we know and love and dials it up a (huge) notch.

There’s a lot more going on here than just raw horsepower numbers. Nevertheless, we have to start at the powertrain, because what the AMG GT Black Series packs is truly insane. The stoutest “regular” Mercedes GTs, the GT R and GT R Pro, extract 577 hp from AMG’s twin-turbocharged 4.0-liter V-8. The new 2021 GT Black Series blows that out of the water with its 720 horses (at 6,700 rpm—500 revs short of redline!). That’s a 143-hp jump! Torque, meanwhile, standard at 590 lb-ft and is available from as low as 2,000 rpm.

Cranking the turbochargers’ boost wasn’t enough to make this kind of power alone (with larger compressor wheels and intercoolers the turbos now make a total of 24.6 pounds of boost, up from 19.6 in the AMG GT R), so AMG stuffed the hand-built engine with tech. This is very appropriate, too, as the AMG GT Black Series represents the end of Tobias Moers’ run as chairman of AMG before he departs for Aston Martin to take the reins of the British brand from Andy Palmer.

What has Moers and company wrought? For one, the cross-plane crankshaft is out and a flat-plane crankshaft subs in. A flat-plane crank has many advantages (and a few legit disadvantages) for a performance car, but with the Black Series, some compromises are acceptable to make it the ultimate AMG GT. For one, the even firing order of a V-8 running a flat-plane crank allows the engineers to optimize the manifolds for flow. That means more power. The other advantage is truly exceptional throttle response. This flat-plane bent-eight is going to sound remarkably different from the cross-plane units of other AMG GT models, too.

The modifications are extensive enough that the engine gets a new code: M178 LS2. Makes sense to us. It might be based on a lesser AMG engine, but this is a whole different animal.

The rest of the driveline changes are less involved because the underlying hardware is plenty capable. There’s a seven-speed dual-clutch transaxle that’s upgraded to handle the engine’s increased torque. Likewise, AMG increased the gearbox’s cooling capacity to help it better handle abuse during hard driving. Shift times and shift programming are also tweaked for track performance. Power is channeled rearward through a carbon-fiber driveshaft running through a lighter torque tube, also made of carbon fiber rather than the aluminum torque tube of lesser GTs. The net result is a torque tube that’s 40 percent lighter.

While the engine is the dynamic heart of the AMG GT Black Series, it arguably plays second-fiddle to the lurid biplane wing that towers above the car’s hindquarters. The large blade elements are carbon fiber, and the smaller flap in the upper wing is electronically controlled and tied to the AMG Dynamics mode. Retracted, the flap aids in top speed runs, but it can pop up to aid in braking or turning. Paired with the other aero mods the Black Series sports, the wing contributes to a total maximum downforce of more than 882 pounds at 155 mph.

Weight reduction is a factor here, as well. In addition to its carbon-fiber torque tube, the Black Series welcomes additional smatterings of carbon fiber elsewhere. The roof, the rear hatch, the transmission mount, underbody, and even the three-way adjustable hollow sway bars are all made of the stuff. Where carbon fiber isn’t practical, aluminum is often used. Ceramic brakes also help reduce unsprung weight and increase stopping performance.

On the handling front, the Black Series cribs much of its hardware from the GT R. Still, Mercedes tuned this 720-hp monster to better handle bumpy tracks, such as the Nürburgring Nordschleife, in order to provide enough suppleness to maintain adhesion for the Michelin Pilot Sport Cup 2 R MO tires. Amazingly, this vehicle-specific tire is available in two compounds: A standard “soft” rubber and a harder compound for higher-temperature track use.

Don’t worry about the stability control nannies ruining the fun, either. AMG claims the traction control system—with a multi-position intervention switch—controls a variety of parameters and drivers can adjust it on the fly. Level 1 is a conservative setting for wet conditions, while Level 9 allows the least amount of intervention. The system monitors wheelspin and controls engine torque, as well as the engagement of the locking rear differential.

The GT’s subtle interior welcomes a spurt of color by way of Black Series-specific contrasting orange details and stitching. Sadly, the car’s carbon-fiber bucket seats aren’t available in the United States or Canada. Instead, we’re stuck with the lesser “AMG Performance” seats.

What’s all this performance kit good for? Well, AMG claims the GT Black Series will hit 60 mph in 3.1 seconds on the way to a top speed of 202 mph. But those numbers aren’t the story we’re hoping the Black Series ultimately tells. Instead, we expect the car’s true performance narrative to come to fruition on the track. 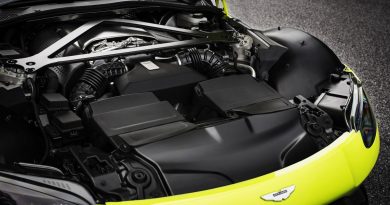 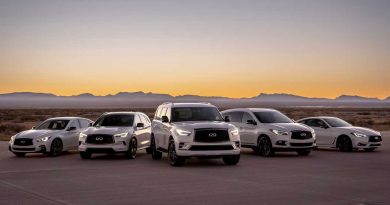