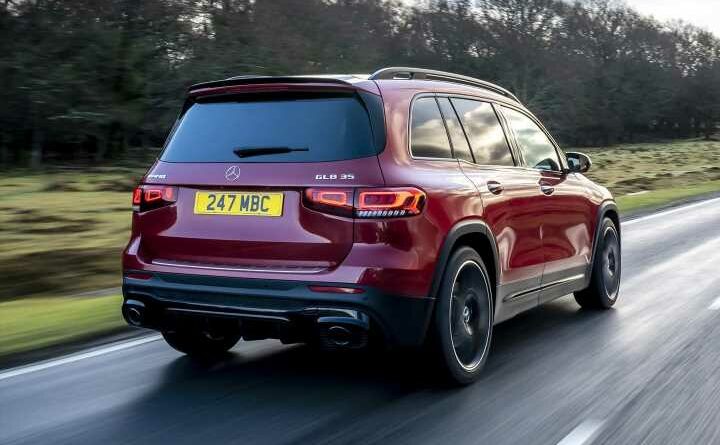 We've not driven Merc's oddball 306hp seven-seater in the UK before. And guess what…

The Mercedes-AMG GLB 35 is one of the weirdest, yet most surprising, cars I’ve driven in a while. Maybe ever, come to think of it. When it turned up, I just stood staring at it for a good while, thinking “what the hell is this?” Untypically for a modern SUV, its body is tall and boxy, but in AMG-spec it looks like someone’s modded it: like it’s been slammed.

It hasn’t, by the way. I’ve checked and it’s no lower than the regular models, so it’s all an optical illusion brought about by the extended sills and deeper front and rear aprons. It also looks under-wheeled, and that’s something of a rarity in the current climate of ever-bigger alloys. The twin-blade, five-spoke AMG rims appear dwarfed by the height and length of the superstructure rising above them, yet that’s a deception as well. The tyre side walls are thin for a car of this size, but the wheels are a not-inconsiderable 20-inches in diameter. All in all, it just looks, to me, ungainly – so I wasn’t expecting it to drive like it does.

Now, I am not suggesting you rush out and buy one because it’s the last word in poise and precision – it isn’t – but it’s a lot better than I anticipated it to be. It’s also smaller than I first thought: it might be more than 1.6-metres high, 4.6-metres long and have seven seats on board, but it’s actually smaller overall than the Porsche Macan S – and several thousand pounds cheaper, too. The GLB 35 lists at £50,855, and the only extra is its fetching shade of Designo Patagonia Red metallic paint, which added just £795. Still, that’s nearly £6,000 more than the Skoda Kodiaq vRS I drove a few weeks back, which is also a fast, seven-seat SUV. Is it worth the extra?

In performance terms: yes. On paper it’s quite a bit quicker than the vRS, hitting 0-62mph in 5.3 seconds. So it has well over a second in hand and it feels faster in the real world – once you get past the first couple of thousand revs and give the 2.0-litre turbocharged motor its head. Then it flies along, and I doubt it would be too far behind the Macan S in a drag race. It’s an odd engine, though. In some ways it’s more characterful and likeable than the EA888 but, objectively, it’s not as good. For a start, it’s very boosty, with a low-end throttle response that’s overdone, so, at times, you find yourself backing out of it as it surges forward unexpectedly.

It’s also quite coarse, but that only comes across on a part-throttle in the everyday driving mode. When you thrash it, oddly it gets less thrashy because the rush of forced induction drowns out the engine’s mechanical harshness, and, if you choose a more aggressive setting, it develops a guttural, four-cylinder, hot-hatch-esque bark. The child in me really enjoyed this, because it’s completely contrary to the sensible, family SUV theme.

The eight-speed dual-clutch auto is a mixed blessing, too. In the main, it’s more responsive through the gears than the VW Group DSG in the vRS, but the manner in which it affects those changes can, on occasion, be clunkier – like you’ve just caught it napping. When you’re swapping between drive and reverse it’s quite laboured, often giving you a false neutral rather than a much-wanted gear. This is massively frustrating when trying to execute quick three-point turns and, while broadside to the traffic, you’re sat revving the engine like a right idiot.

The rest of the dynamic package is a pretty good one, whether you’re carting the family around or out for a blatt. For a start, the multi-link rear set-up and switchable dampers all round is a sophisticated enough combo. The softer of the dampers’ three modes breezes you over longwave, high-amplitude stuff like speed bumps, but also smooths out the nigglier, shortwave ruts and ridges. The only issue is a bit of head toss on the motorway, but that can be dialled out by setting the dampers to their midway setting. Even stage three is fine, as long as the surface isn’t too messed up, and it’s the best setting on a good country road. It does a fine job of limiting lean through corners and, while the vertical control isn’t, perhaps, quite as good as the vRS’s – and nothing like as accomplished as a Macan’s – you only notice its deficiencies coming off a big compression taken with a lot of speed. Even so, it’s not alarming, you’re just aware of an extra shift before full composure is restored. The same is true of the steering, which is direct and meaty enough but doesn’t weight up quite as progressively as the vRS’s as you pile on lock.

I particularly love this job when a car comes along that surprises me with hidden, or in this case unexpected, depths. It’s also a reminder that, being human, we are prone to prejudice, but can circumnavigate our preconceptions by keeping an open mind. The GLB turned out to be far more fun than I ever thought it would be. But would I recommend it? Well, I think it’s rawer in places than the Kodiaq vRS. Objectively, that makes it worse, but subjectively, perhaps, a little more exciting at the same time.

The Skoda is a far better family SUV, being the bigger seven-seater with, to my mind, a better-quality interior as well. Then, if you really want an SUV that’s truly accomplished and exciting to drive, the Macan S is on a whole different level dynamically, yet within touching distance on price. You will, of course, need to add more than just metallic paint to the Macan to bring it up to the GLB 35’s fulsome spec. So as a bit of a quirky Q-car that could easily end up as a cult-car in years to come, it’s an interesting package. It offers a bit of everything and, for that reason, it’s definitely worth a second look. 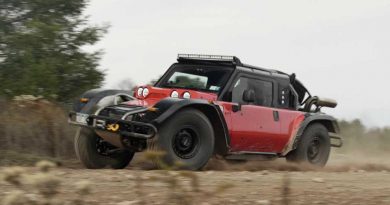 SCG Boot Review: A 650-HP, Street-Legal Baja Racer Is One of the Most Entertaining Cars on Earth 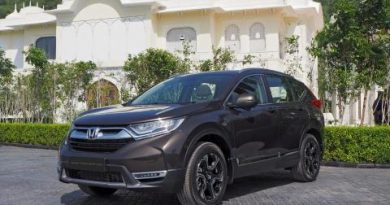 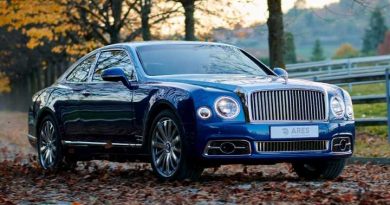