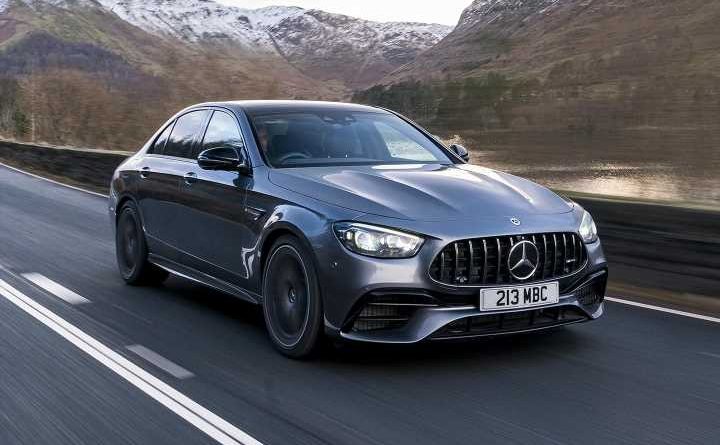 The Mercedes-AMG range is nothing if not diverse, even the four-cylinder, entry-level ’35 models offer six different bodies for the 306hp powertrain: A-Class, A-Class saloon, CLA, CLA Shooting Brake, GLA and GLB. And there’s probably one we’ve missed. That the same badge can also be found on vehicles like the G63, the GT Black Series and the One hypercar shows just how broad the AMG choice has become. Indeed, with the recent news of a four-cylinder C63 and an electrified GT73, it almost felt like AMG might embark on something really drastic for an E63 update…

Fortunately, it hasn’t. Not yet, anyway. To a large extent, this is the same 612hp E-Class that proved so utterly compelling five years ago; those who would rather drop £100k on a Cayenne or a Range Rover Sport will be nonplussed. On the other hand, anyone rather fond of the big-V8-with-big-saloon combo – the AMG heartland, really – will find a heck of a lot to love about this E63.

Because while it is broadly familiar, there have been some worthwhile changes. The new look is successful, updated grilles and lights serving – to these eyes, at least – to make the E-Class both more attractive and more assertive, if still pretty demure given the performance. Special mention ought to go to the rude front arches, though, 27mm broader even than before and meaning the E63 has real attitude when viewed from the dead ahead. Certainly it’s preferable to the view from behind, with fake exhaust outlets impossible to ignore once clocked. It’s something we’d expect of others, perhaps, but AMG is better than this.

Inside the new AMG Performance wheel initially looks a little bewildering, and does take some time to get familiar with, but makes sense eventually. More importantly, there’s Alcantara where you’d like it, the drive setting dials are in easy reach and there are big, chunky paddles too – all to be applauded. MBUX is now in the E-Class for the first time, bringing with it larger screens as well; maybe they jar slightly with the older bits of the interior architecture, though it does mean buttons remain for some key features. And we’ll keep campaigning on the importance of those, especially with 612hp keeping your attention on the road…

By far the biggest improvement for this facelifted E63, however, is the ride. Superb though the original W213 ‘bahnstormer was, it did often feel like it was built for doing 140mph on a super smooth motorway rather than negotiating Britain’s less than perfect road network. Which, as an AMG flagship, you could kind of understand. But the consequence was an E-Class that never fully settled, even in Comfort mode. The restlessness was especially notable at low speed, which, let’s be honest, is where much of our driving is actually done. Inevitably it tempered enthusiasm somewhat.

This one is much better. In the press material, AMG claims that “the sporty vehicle dynamics of the performance models… are combined with considerably more comfort.” This has been achieved through changes to the elastokinematics, with new tension strut bushings up front, revised damper hydraulics, a new rear subframe carrier and even a retuning of the dynamic engine bearings. Which, if they sound unconventional, have certainly worked: this E63 a brilliant driver’s car, precise and satisfying in a way the old AMGs couldn’t be, though now with a plusher side as well.

It’ll never be mistaken for anything less than the performance flagship, though no longer is driving the E63 at slow speed so irksome. No more bracing for imperfections or wincing in anticipation of the 20-inch wheels crashing through potholes. Gone is the sort of unrelenting nature better suited to an A45, and in its place a ride more befitting of a car that – AMG or otherwise – remains a £100,000 E-Class. Sometimes you just want to waft along, and this updated car is much more adept at doing just that.

And when it isn’t time to waft, the E63 remains utterly extraordinary. Knowledge of an imminent four-cylinder future (at least for the C63) only serves to increase affection for this M177 V8; it always was a mighty powerplant, but knowing it is now likely on borrowed time makes you appreciate it all the more. Maximum torque officially reports in at 2,500rpm – all 627lb ft of it – but, honestly, the E63 feels like it’s turning the world back to front from less than 2,000rpm. From there it thunders through its mid-range and unleashes the sort of fury surely only a twin-turbo V8 can by peak power at 6,000rpm. If the turbochargers are hindering its progress as 7,000rpm nears it’s impossible to tell, the rip-roaring energy not letting up one little bit. And then it’ll cruise on four cylinders mere seconds later. Forget the M5 engine, good though it is – the 4.0-litre AMG unit shows just how brilliant a modern V8 engine can be. By and large the 9-speed auto marshals its madness pretty well, too. What on earth will it be like with 800hp?

Moreover, though the E63 can be ramped up through Sport, Sport + and Race modes, further intensifying the experience in a way it’s hard to credit a two-tonne E-Class with, it’s hard to deny the appeal of Comfort. With the sports exhaust on, of course. Because there it feels like peak E63, and therefore pretty much peak super saloon, too. It can be reasonably reserved and mild mannered, while never, ever failing to remind you of its flagship billing. No other E-Class steers with such clarity, brakes with such confidence or changes direction so adroitly. And you don’t need to be going a million miles an hour to appreciate those traits. Though, of course, that engine means anything is possible.

In short, it’s a better AMG than the car it replaces. The uncompromising edge never that the manufacturer deploys elsewhere never suited the E-Class quite so well. Which is probably why AMG tweaked it. The result is little short of superb: searingly fast and absorbing to drive, yet also cossetting, luxurious and immensely desirable for those who can afford it. Mercedes-AMG may well be churning out more cars than ever – and doing them very well, too – but this car proves it still does blindingly fast luxury four-doors better than anyone. 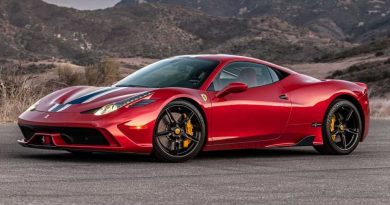 This Armored Ferrari 458 Speciale Is The Ultimate Mobile Safe Room 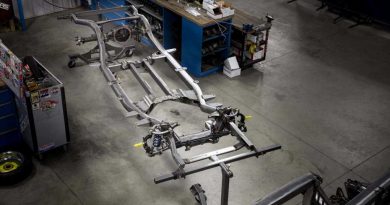 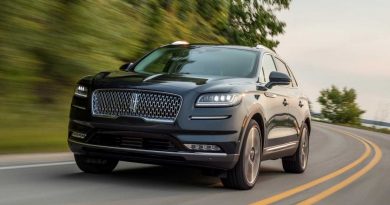 2021 Lincoln Nautilus: A New Interior and Infotainment That Mimics the Night Sky