There’s a new Lamborghini Huracán sheriff in town. To celebrate both the brand’s own Super Trofeo one-make race series and the Huracán’s success in GT3 racing (three consecutive GTD class victories at the Rolex 24 Hours of Daytona and two straight GTD titles at the 12 Hours of Sebring), Lamborghini is launching a new high-performance variant called the Huracán STO.

STO stands for “Super Trofeo Omologato,” and yeah, it’s a bit close to Ferrari’s vaunted GTO moniker, but that’s okay. The STO is intended to be a road-legal track car that offers the feel and much of the technology of the Super Trofeo racer. Put more simply, if the Performante is Lambo’s Porsche 911 GT3 or McLaren 600LT, the STO is its GT3 RS or 620R. It’s an extreme vehicle. The STO will offer roughly equivalent straight-line performance to the Huracán EVO AWD and Performante models, but deliver the aerodynamics and lap times of the Super Trofeo racers. Plus it has better brakes.

As Lamborghini itself points out, races are won in the corners, not on straights, and the company has optimized the STO for cornering duty. While we’ve all read statements from manufacturers claiming that Car X makes 9,000 kilos of downforce at 220-plus mph, one rarely approaches such speeds on any race track. Aerodynamic lessons learned from the Super Trofeo cars therefore meant an emphasis on utilizing aero pieces for the STO that would provide the most benefit at actual track speeds, including new rear fenders with NACA ducting, new front bumper air inlets, a new underbody panel, and louvered front fender openings. The front inlets are designed to force air through the louvered fenders, for example, reducing drag. There’s also that sweet roof-mounted snorkel intake, which works in concert with air deflectors in the engine cover to deliver precise amounts of air to the rip-snorting V-10.

Naturally, different tracks require different optimizations, so the STO’s aerodynamics are adjustable. Owners can do so by using a slick-looking 3D-printed key. Compared to the Performante, our 2018 Best Driver’s Car, the STO is said to generate 53 percent more downforce and be 37 percent slipperier through the air. Oh, and that killer looking dorsal fin? It increases stability in fast corners and is especially effective on, say, the banking of Daytona. What about ALA, Lambo’s patented and ballyhooed active aerodynamic system? Lamborghini’s CTO Maurizio Reggiani told us that was hotly debated at the beginning of the STO’s development, but that since active aero is illegal in GT3 racing, the team settled on nonactive, adjustable aerodynamics for the street car.

What’s it all mean? Lamborghini says the Performante can lap Daytona in 1:51.80, while the full-race-car Huracán GT3 EVO can do so in 1:46.40. The STO splits the two nicely, turning in a 1:48.86 lap. That’s pretty dang impressive for a street-legal anything.

Another tool in the fight for lower lap times is the removal of weight; Lamborghini thus claims the STO is 95 pounds lighter than the Performante, which would put it at 3,398 pounds on our scales. The STO’s diet consists of using CFRP (carbon-fiber-reinforced plastic) for all body panels save the aluminum door skins, as well as magnesium wheels. Inside, the interior is stripped down and fitted with a titanium half roll cage—similar to what American customers get in a Porsche GT3 RS—and “Carbon Skin,” which is a fabric made from carbon fiber and patented by Lamborghini. Carbon Skin can be used anywhere you would normally find leather or Alcantara. Lambo describes the STO’s interior as “naked.” Sounds good!

The STO’s output from its 5.2-liter naturally aspirated V-10 remains the same as in the Performante and EVO, which means 631 horsepower and 442 lb-ft of torque. However, the STO is rear-wheel drive. That’s right, for the first-time ever you can get an RWD Huracán that makes as much horsepower as an AWD version. (The RWD Evo makes do with “only” 602 horses.) To help stability and turn-in, the rear-axle features side-to-side torque-vectoring by preloading the differential on corner entry. The throttle response is said to be more direct, and the engine maps are more track-friendly. The sound at high revs is supposedly “sharpened” as well, tuning done via the exhaust pipe and muffler. Reggiani says, “Sound is in the DNA of Lamborghini. You need to emphasize the voice of the engine.” Also, there’s no dynamic steering on the STO, which instead has a fixed steering ratio.

In terms of kinematic changes, the track has been widened, the bushings are stiffer, and the car features STO-specific anti-roll bars. The Huracán STO also has special, asymmetrical Bridgestone Potenza Sport tires. No Pirellis? Sacrilegio, right? Actually, it’s not the first time Lambo has shelved the Pirellis; due to noise regulations, the Diablo had to use Bridgestones in Switzerland. Besides, Reggiani says these Bridgestones offer not only increased performance over the Trofeos found on the Performante and EVO, but that the additional performance won’t degrade after several laps—an issue we’ve noticed with the Pirellis.

The STO has Brembo’s mid-level CCM-R carbon-ceramic brake system, the same sort of stoppers found on the McLaren Senna. The first level is just for street use and called CCM. You’ll find these on cars like the Performante/EVO, as well as Porsche GT3 and Ferrari Pista. CCM-R are rated for both street and track use, whereas the highest-level brakes, called Carbon-Carbon, are track-only. Lamborghini claims the CCM-R brakes endow the STO with 25 percent more stopping power, decelerate 7 percent more quickly, handle heat four times better, and are 60 percent more resistant to stress than CCM brakes. They should be even more resistant to fade, too, as the STO features a unique brake cooling system which also allows the driver to monitor each rotor’s temperature from inside the car.

The mode selector switch on the bottom of the steering wheel remains, but the modes themselves have changed to STO, Trofeo, and Pioggia. The default STO position is the on-road mode, and equivalent to the Performante’s Sport setting. This is a great thing, as the least-aggressive Strada mode on most Huracáns is, well, a bad mode due to the throttle mapping, and most MotorTrend staffers instantly click the cars into Sport. The STO saves this step. Trofeo is dry race mode, and Piaggia is wet race mode. It’s as simple as that. Speaking of simple, the front of the STO tips forward like a Miura’s, and the frunk is perfectly sized to hold a helmet. In case all the foregoing isn’t racy enough for you, four-point belts are standard.

Pricing starts at $327,838, taxes and destination excluded. There’s no limit on production, and the factory in Sant’Agata will produce enough to satisfy demand. Expect the first cars to arrive at the end of the second quarter of 2021 and dealers are taking orders right now. 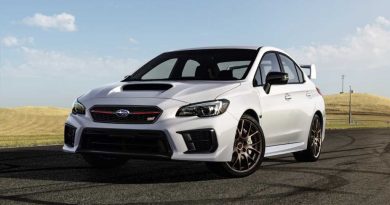 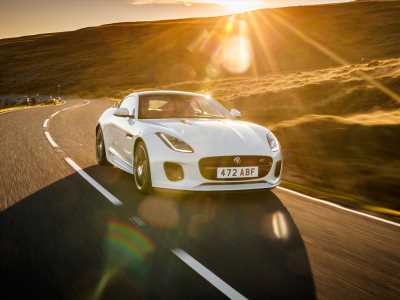 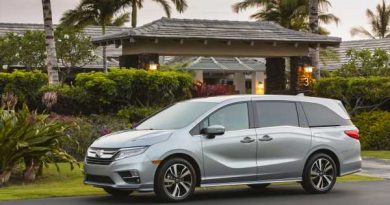