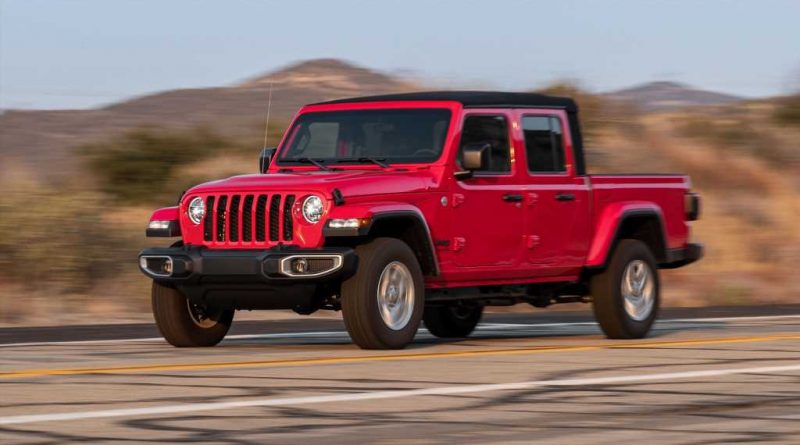 It’s happened to all of us. You order something new off the menu because the description and ingredients sound like a sure bet, only to find out the dish is just OK. It happens with cars and trucks, too. The 2021 Jeep Gladiator EcoDiesel sounds like a winning combination of torquey diesel powertrain, off-road suspension, and Jeep character, and it is all of those things. It’s just not great as an actual, you know, pickup truck.

The Gladiator EcoDiesel Sure Is Quick, Though . . .

The good news is our initial impressions were right: The EcoDiesel engine delivers acceleration that is noticeably quicker than the standard gasoline engine. The quickest Gladiator we’ve ever tested, another base model Sport but one that was fitted with the gas V-6 and a manual transmission not available with the EcoDiesel, needed 7.9 seconds to hit 60 mph and 16.3 second to complete a quarter mile at 84.1 mph. This diesel truck got to 60 mph in 7.6 seconds and past the quarter-mile mark in 15.9 seconds at 86.1 mph. Even just putting your foot down to pass produces a better response, with the diesel needing just 4.2 seconds to jump from 45 mph to 65 mph compared to 4.6 for the gas truck.

Nearly a half-second doesn’t sound like an enormous amount of time, but behind the wheel, it’s a difference you absolutely feel. Critically, it’s in the delivery. Put your foot down in the gas-powered truck, and it drops four gears, the engine races, and you get moving. Do it with the diesel, and the truck just surges forward immediately. Low-end torque begets immediate response.

Even better, you can have your torque and fuel economy, too. Rated at 22/28/24 mpg city/highway/combined, the Gladiator diesel is the most efficient truck in its class, just edging out the Chevy and GMC diesels while providing way more power and performance. That’s also considerably better than the gas truck’s 17/22/19 mpg rating with the automatic transmission. Manual transmission gas-powered Gladiators get slightly worse fuel economy, but, again, the manual isn’t offered with the diesel due, Jeep says, to low demand.

The extra weight on the nose of the Gladiator diesel doesn’t hurt its handling or stopping, either. In fact, the diesel performs the same or even a little better. On the skidpad, the diesel truck pulled 0.72 average lateral g, right on par with all the gas-powered Gladiators we’ve tested. In our figure-eight test, the diesel is faster thanks to its immediate engine response coming out of the corners. It put down a 28.5-second lap at 0.58 average lateral g, half-a-second to a full second quicker than any gas-powered truck at slightly higher lateral g, thanks mostly to the Sport model’s less off-road-oriented tires.

When it comes time to bring everything to a stop, the heavy engine up front may even help a bit. The Gladiator diesel needed just 123 feet to stop from 60 mph compared to 129 feet (at best) for the gas-powered model on equivalent tires.

Now, For Those EcoDiesel Trade-Offs

The thing about diesel engines is they come with trade-offs. They make a ton of torque and get great fuel economy, but they’re heavy and produce nasty emissions. The fumes can be cleaned up, to an extent, with technology like filters and urea injection, but those add weight, too, and in the case of this particular urea system, take up space, which reduces fuel tank capacity.

Weight is an even bigger enemy, particularly in trucks. Adding weight reduces payload and towing capacity as the suspension can only safely carry so much tonnage and the engine cooling system can only cope with so much heat when the engine is working hard.

So it goes, then, that even this base model Gladiator Sport when equipped with the 260-hp, 442-lb-ft, 3.0-liter turbocharged EcoDiesel V-6 and eight-speed automatic is limited to a maximum of 1,325 pounds of payload (people and stuff) and 6,500 pounds towing. The payload isn’t bad for a Gladiator, though the truck tops out at 1,700 pounds, and a similarly equipped diesel-powered Chevrolet Colorado will haul 100 pounds more than a diesel Jeep. Towing is more heavily compromised, coming in 1,150 pounds lower than the truck’s maximum at 6,500 pounds, an issue Jeep says is a matter of cooling rather than weight. Our experience demonstrates it’s actually both.

Hooked up to a 23-foot, 5,200-pound Airstream Flying Cloud travel trailer (467-pound tongue weight, per the manufacturer, on an adjustable-height ball hitch, not a weight-distributing hitch), the Gladiator Sport EcoDiesel was nearly undriveable and borderline dangerous on anything but smooth, flat, straight roads. Everything caused the trailer to wander: bumps, broken pavement, potholes, grooved pavement, wind, wash from passing vehicles, you name it. Add in any compounding factor like a hill climb or descent, a curve in the road, or a construction zone, and it was a recipe for disaster. Despite being equipped with Jeep’s new optional trailer brake controller, the truck has no towing mode and its computers made no effort to combat the trailer sway until it became so severe that the stability control system’s trailer sway control intervened to keep the truck straight. This didn’t happen until right about the time it felt like we were going to lose control.

Every editor who drove the Gladiator with the trailer attached called the experience “scary” and agreed they’d never tow anything larger than a little single-axle trailer with a Gladiator again. Every one of them had multiple incidents, witnessed by other editors in chase vehicles, of the trailer nearly colliding with other vehicles as it swayed around the lane. I, personally, experienced more trailer sway control intervention on a one-hour drive on I-10 at California’s ridiculously low 55-mph towing speed limit than I’ve had in 12 years of professional truck reviewing combined. Passing through a construction zone with rough pavement coming down a steep hill, I genuinely believed the trailer would push the truck off the freeway and into a sound wall.

This was a surprise to us, as we had no such issue towing a 3,160-pound trailer or a 4,000-pound trailer with the Gladiator at last year’s Truck of the Year competition. We would strongly recommend anyone planning to tow a larger trailer with a Gladiator invest in a weight-distributing hitch.

Even if our experience towing the Airstream was an aberration (albeit a repeatable one, occurring on two different Gladiators hooked to the same trailer), there was another issue. As useful as all that low-end torque was getting the truck and trailer moving, the EcoDiesel simply ran out of breath in the toughest conditions. Towing up a steep hill, the EcoDiesel was tapped out at 58 mph with my foot on the floor. While a gas-powered Gladiator needed to run at redline in the same location hooked to the same trailer, it was able to not only maintain its speed but accelerate up the hill.

The real humdinger on top of the payload limitation and towing deficiency is what the Gladiator diesel will cost you. Just getting the diesel engine under the hood costs $6,000, $4,000 for the engine and another $2,000 for the mandatory automatic transmission upgrade Jeep has the gall to list as an option. Now your $35,060 stripper base model truck is over $41,060 before you add anything else. Yes, a four-wheel-drive, diesel-powered Chevy Colorado starts at the same price, but it also starts at a higher trim level (LT), can be optioned with a longer bed for a few hundred dollars, and will out-haul the Gladiator.

What’s more, our base model truck was loaded up with $15,000 worth of options, pushing the as-tested price over $50,000. For that kind of money, you can get any full-size pickup you want, and it’ll be guaranteed to haul more and tow better.

It’s clear, then, you don’t buy the Gladiator diesel to do truck stuff. Neither towing nor hauling is its forte. You buy it because it’s quicker and nicer to drive around town than the gas-powered version. You buy it because it gets great fuel economy and range, even if it’ll take you 500,000 miles of savings at the pump to pay for the cost of the engine upgrade. You buy it because, as we found when we drove a diesel-powered Rubicon, it crawls over and through anything off-road without even trying.

The Gladiator, especially with the diesel, is what marketers today call a “lifestyle vehicle.” You get it because it’s a Jeep that’s also a truck. You use it for off-roading and light work, like hitting up the home improvement store one weekend and towing a jet ski the next. It’s fine for those things. Great, even. Just don’t buy it if you’re planning to do serious work. 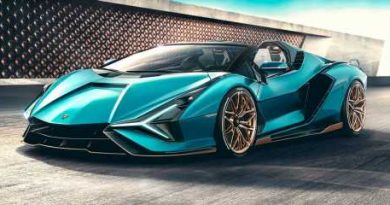 Volkswagen Group Reportedly To "Carve Out" Lamborghini for Independent Listing 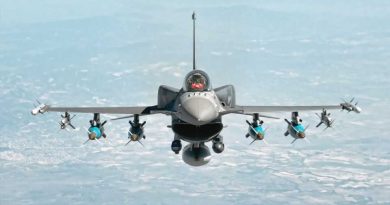 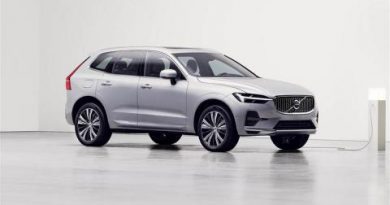