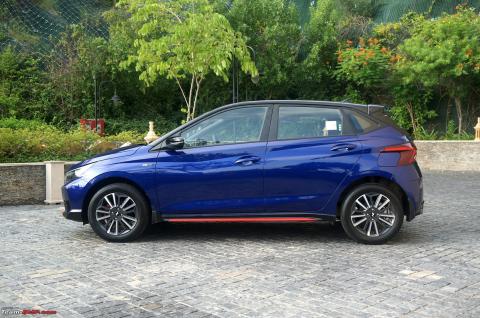 Where the Hyundai i20 N Line truly shines is on deserted B-roads; one can fling it around corners and squirt it out of bends. Thumbing the start-stop button on the dashboard will bring to life the now familiar 1.0L, 3-pot T-GDI turbocharged petrol engine. Only now, the 3-pot thrum at idle is accompanied by a faint yet distinct burble from the exhaust pipes. It isn’t intrusive at all, and unless you completely turn off the stereo and air-conditioner, you may miss the subtle new exhaust note. Hyundai cannot make it as loud as an after-market exhaust for 2 reasons = ARAI compliance & the fact that it’s a mass market hatchback that even your energetic uncle Ashok might buy. Plus, in India, every car is a multi-purpose vehicle (school runs & grandparents included).

The i20 is the only car in the segment with a DCT. 7 ratios result in a superior spread of gearing and the transmission does feel decidedly superior to its rivals. The DCT gearbox is smooth & refined. Just keep in mind that dual-clutch ATs have had a troublesome run in India from the reliability point-of-view. Be sure to get that extended warranty.

Select ‘D’, ease off the brake pedal gently and the car creeps forward seamlessly, albeit without the urgency you may experience in a car with a torque-converter unit. There is a noticeable initial lag when starting off. Dab the throttle & the i20 N Line moves forward as the revs climb closer to 2,000 rpm and the exhaust note becomes more audible. Throttle response is acceptable for a small-capacity 3-cylinder turbocharged unit. Pottering around town with the stereo switched off & the air-conditioner’s blower on low will allow you to listen closely to the fruity exhaust note, and catch some of its aural details such as the faint crackles and odd pops on the overrun. Interestingly, the exhaust note went through various iterations & was eventually toned down quite a bit in order to obtain the necessary ARAI approvals.

Light accelerator input is all you’ll need to commute in the city. The gearbox moves up early, while shifts are quick and smooth. Drive with a light foot & you’ll never even know that the gears are being changed. They are almost imperceptible. The turbo-petrol offers brisk acceleration, while the power & torque on tap make the gearbox’s job easier. Combine this smooth AT with the light steering & excellent ergonomics, and you have a sweet city ride. Downside? Hyundai’s DCT is reluctant to downshift from 2nd -> 1st. Hence, you’ll need to be patient if you want to suddenly close a gap in traffic (as an example).

Wring open the throttle and the exhaust note is quickly overpowered by the thrum of the 3-cylinder motor when the revs climb beyond 3,500 – 4,000 rpm. But that shouldn’t bother you as the boost comes in and you find yourself in the meat of the powerband. There is no shove, no drama, no push-back-into-the-seat feeling at all. Power delivery is quite linear as the revs build up, and the car feels quick, especially when in the mid-range. Wide open throttle pulls to the redline are fun, but not as much as that explosive 1.0 TSI under the Polo’s hood. Also, beyond 4,000 rpm, the engine begins to sound coarse. Power completely tapers off after 5,500 rpm, with the motor redlining at ~6,500 rpm. After a few pulls, we quickly realised that the car is happiest in the 2,500-4,500 rpm range, where power delivery is strong.

The i20 DCT is a competent expressway cruiser. You can easily hit silly speeds and the punchy mid-range comes in handy for overtaking. Kickdown response time is average though. If the revvs are low, it takes a second or so for the gearbox + turbo to react. Sometimes, you’ll find the gearbox to be hesitant to downshift too. But once the AT & turbo respond, this thing is very peppy. Will add that, when the engine is in the meat of the powerband, the reaction times are far lesser.

For a hot hatch, in ‘D’ mode, there is a slight delay in gear changes (whether upshifts or downshifts) when you use the paddles on the steering. This is no DQ200 DSG, that’s for sure! The shifts are smooth and not aggressive. This was done intentionally and specifically to ensure that the clutch-pack does not suffer from premature wear. Must add that the heavy flywheel forces the engine to hang onto its revs as the rpm needle take some time to fall when off-throttle. That said, kickdown while pottering around in ‘D’ can be addictive as the gearbox drops a few gears and the engine finds itself in the meat of its powerband, where it appears to be most happy. Using the paddles can be fun, and they are far more intuitive to operate than the paddles found in VAG applications. This is largely due to the size of the paddle body as it extends significantly in both directions, i.e. below and above the steering’s spoke, giving you the ability to quickly flick them either up or down irrespective of where your hands are on the steering. You can use “S” mode when driving hard, to hold gears till the red line. In manual mode, you can take the revvs to ~6,500 rpm. Keep in mind that it’s tuned conservatively & won’t allow aggressive downshifts if the rpm level is a little high.

Where we feel Hyundai missed a trick is they could have tweaked the ECU & TCU for a mild power bump and snappier shifts respectively, further improving the driving experience. Perhaps a dealer-level performance package with mild tweaks to the engine and transmission control units can be considered? Regardless, we are certain that enthusiasts will be exploring remaps for the engine & gearbox in the after-market.

The biggest blunder by Hyundai is offering the clutchless iMT instead of a traditional manual gearbox with three pedals, at least as an option! In a car like this, to have missed out on that option is absolutely criminal and unacceptable! When flying to Rajasthan for this test-drive, we were hoping & praying that the TD car allocated to us isn’t an iMT! Hyundai-Kia are the masters of offering multiple variants for every car & we hope an i20 N Line MT is added to the line-up soon.

Hyundai has not been lackadaisical in the steering & suspension departments. Setting off even at low speeds would reveal that Hyundai has worked on the steering. It is not feather-light and dead on-center the way it is in the garden-variety i20. There is some more heft & weight to the EPS, even at lower speeds. The steering isn’t exactly sharp, but it’s accurate enough to keep you interested. Return-to-center is smooth and not a violent affair.

Complementing the steering is the tweaked suspension setup. Hyundai confirmed they have not fiddled with the shocks’ valving, but have increased the damping force of the struts, and it is more than just perceivable. The ride at low speeds feels noticeably firmer, but not stiff or unbearable. At no point during our drive did we feel that the setup was under-damped. If we were to put a number on it, we would say that the dampers are about 30% stiffer than in the Asta variant. It’s still fairly compliant over bad roads / undulations and that is largely due to the stock spring rates. The trade-off, as a result, is a fair amount of pitch & roll, compounded further by poor OEM tyres that gave up at the slightest suggestion of a fast corner or hard braking! Where this car truly shines is on deserted B-roads; one can fling it around corners and squirt it out of bends, while liberally using the paddles to keep the engine on the boil. The dynamics are noticeably better than a standard i20, while body roll is lesser too. It’s like a warmed up hatchback (not a hot hatch). High speed stability is comparable to the standard i20, but not the European hatchbacks or an Abarth. The brakes themselves are effective to the point that they feel a touch over-servoed. There is a clear lack of feel and progression in the brake pedal, despite being effective.

Don’t do anything silly or drive it like a race car though. Like most other mainstream hatches, mid-corner braking at speed can throw the rear off-balance and you are left wrestling the steering wheel to keep it in a straight line. Be aware that you are driving a warmed up family hatchback, and not an Abarth or Mini Cooper. What this car needs is an after-market tyre swap. Michelin Pilot Sport 4 STs, for instance, would transform the i20 N Line into a proper backroad bomber!

The combination of a weighted steering with flappy-paddles, firmer dampers, sharp brakes and a fruity exhaust has transformed a rather pedestrian family hatchback into something more fun, at an attainable budget and with daily usability. This is the kind of car you can buy to keep yourself & your family happy. In a market obsessed with kitna deti hai, we’re just pleased to see such an “enthusiast edition” from India’s no. 2 carmaker & hope it paves the way for some more serious “N” stuff. Tata, how about having another go at a JTP-esque car? Maruti, any scope of a better “RS”?

Continue reading the discussion on the 2021 Hyundai i20 N Line on our forum. 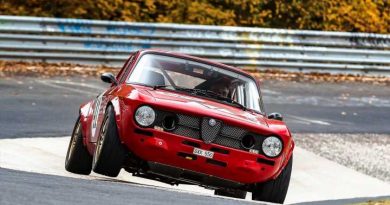 Alfa GT CLR at the ‘ring | Time for Coffee? 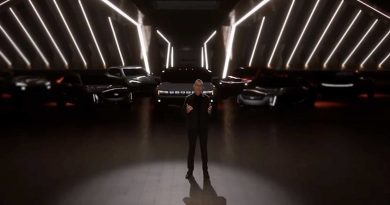 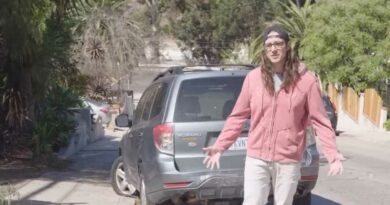