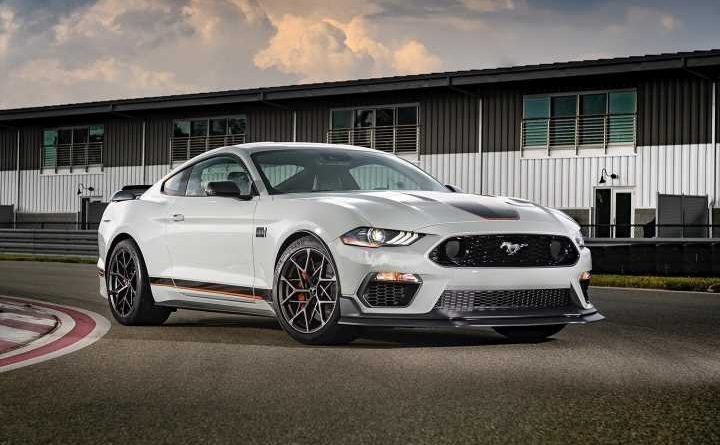 We've had a few laps in the new 460hp, track-honed, Euro-spec Mach 1. It did not disappoint

It stands to reason that anyone awaiting delivery of the new Mach 1 is likely among the few Mustang owners keen to take their car on track. After all, it is long-established as the circuit-honed variant, and the 2021 model is no different, with uniquely-tuned MagneRide 2 adaptive dampers, stiffer springs and tighter anti-roll bars, as well as new front and rear subframes and a retuned steering system. There’s also a Mach 1-specific front splitter, floor pan and rear diffuser to increase downforce by 25 per cent, and six-pot Brembos to keep it all in check. So it’s as hardcore as the Mustang chassis gets in the UK – and totally at home sitting in a sun-baked Goodwood Circuit pitlane.

Ford offered up its European-spec Mach 1 for some on-track testing as part of a wider event, and under cobalt-blue skies the black-striped yellow car, sat on five-spoke, chrome-lipped alloys, could hardly have looked more inviting. It feels special inside, too, with the characteristic V8 vibrations making their way up through the Mach 1’s cue ball-big gear knob – albeit with the ease of use in-built to a Mustang platform, the engine throttling up for you when you lift the clutch and auto-blipping on downshifts.

It only takes one rotation of the wheel at speed to notice the Mach 1’s tighter body control and more reactive front end. It’s a big transformation as far as makeovers are concerned. Thanks to the added chassis bracing, there’s more feel through the rim, but the rack hasn’t been over-endowed with resistance; it remains relatively light, and makes the car feel all the more sprightly for it. Moreover, despite the loss of 20hp compared to the WLTP-dodging US-market Mach 1s, this Mustang isn’t just plucky fast, but properly, properly quick. It exits Madgwick in third gear with a thump in your back, the nose bobbing for a few tenths with every upshift, in quintessential style.

The same trait ensures the car dips its nose on the brakes, but that’s more to do with the anchors being tremendously strong than the body being wayward. Lateral control under load is very good, and the balance is clearly neutral as you trail brake into Fordwater and bleed back onto the throttle through St Marys. There’s none of the wallowing or tilt that the standard Mustang has during quick direction changes; the Mach 1 is hunkered down, keen to lift an inside wheel over a kerb and willing to kick the tail out under power. Driver confidence, not always a given in Ford’s pony car, is easy to come by with the knowledge that an over-eager corner entry is met with rotation and a clipped apex, rather than understeer and embarrassment.

I didn’t bother to switch the auto-blip off, largely because it’s brilliant and adds positivity to the gear lever’s motions through the gate. But you’re sat low enough, with legs stretched out appropriately, to make heel-and-toeing easy. The Mach 1 does a convincing impression of a proper sports car, albeit with the pull and roar of an eight-cylinder engine that ensures its muscle car identity remains intact. Throttle response is razor sharp and the motor revs out past its 7,250rpm peak beautifully, with no noticeable strangulation caused by the mandatory particulate filter. Appropriately for this test, the WLTP setup will be shared with the right-hand drive model that’s coming to Britain from £55,185 so it’s a fair representation despite the Euro spec.

Still, a definitive verdict will obviously require a lot more time in the driver’s seat, and UK roads beckon. But on Goodwood’s flowing layout at least, with only a few laps under our belt, there’s definitely the sense that the car can dance round corners as well as it thunders down straights. The way the Mach 1 dealt with apex kerbs suggests it’s not too stiffly sprung for broken tarmac either, although there’s nothing like an actual B-road to really test an otherwise great car – and occasionally show it up. But on first impressions, and the associated buzz of being in and around the Mach 1 trackside, there’s plenty to look forward to. 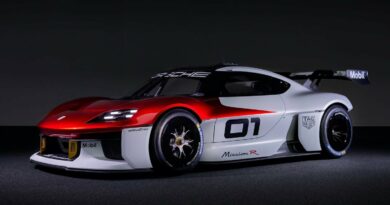 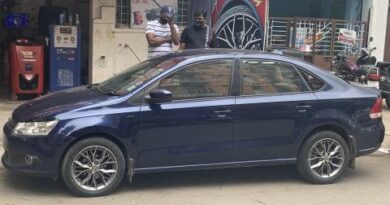