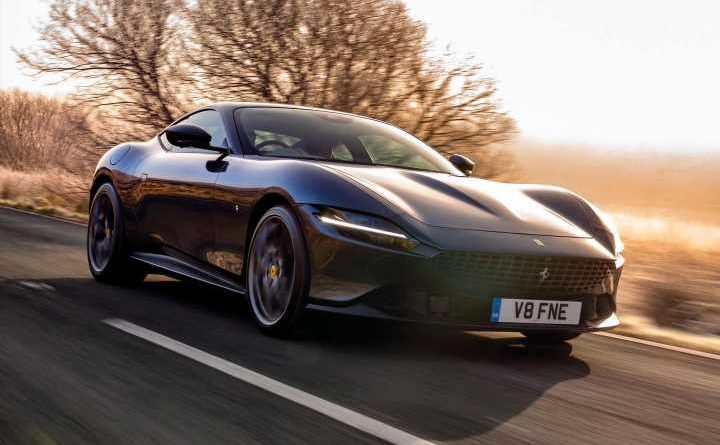 We loved the 620hp 2+2 in Modena. But how does it handle Chichester?

Even in beautiful spring sunshine, there’s no confusing the vineyards and villas of northern Italy with the pubs and cottages of West Sussex – but there is one striking similarity: road surface. The UK’s broken B-roads have been playing catch-up with the lumpy, bumpy asfalto of Modena for a few years now. And while that’s a problem generally, it’s not necessarily a bad thing when it comes to the right-hand-drive, UK-spec Roma.

The 620hp 2+2 certainly had us won over in Italy last year, and the twin-turbo V8 Roma remains as evocative in the metal as ever. Even in Goodwood Circuit, which has played host to all manner of exotica, the grand tourer-cum-supercar oozes class. It’s a similar story inside, where you’re greeted with a plethora of screens intermixed with classic styling and familiar design cues. It’s in no way overwhelming, Ferrari’s efforts at digitalisation, with the instrument cluster display ahead so sharp that you’d easily forget the dial you’re looking at isn’t analogue. And with the maps and extra information offered up by the display, it’s as useful as it is pleasing to behold.

But this is still a Ferrari, so once those screens are set as you like, you focus on the hip-hugging seats, extended carbon fibre shift paddles and the wraparound effect achieved despite nearly 2m of width. The Roma isn’t small by anyone’s measure, but the car’s extremities are easy to keep track of, which makes manoeuvring through Goodwood’s vintage-sized pit exit tunnel easy. As is centering the car on Chichester B roads.

Ferrari spent much of the international launch last summer highlighting the fact that the Roma shares little more than an engine block and wheelbase with the Portofino, and it’s true that the car feels distinctly different to its sibling in the UK. With the illuminated Manettino dial set to comfort, the Roma negotiates cracks and drain hole covers with confidence, and remains supple even when challenged by undulating roads.

In sport – a setting that required ‘Bumpy Road’ mode in Italy – the car continues to glide in a manner that defies its 1,570kg kerbweight. There are no shudders or thuds, even when passing through villages with speed humps and shallow potholes. Of course you’re aware of the workload going on when the tyres noisily catch a ridge, but the associated vibration is appreciably muted by the time it reaches the base of the Roma’s firm seats.

The steering is light, too, and the engine, while a little droney under load at low revs, is quiet and responsive enough to make cruising about a doddle. Find yourself on a dual carriageway or motorway, and the 199mph Ferrari settles into a cruise superbly. Plainly you’re not on a cushion of air as with the Bentley Continental GT, but the rear-wheel drive Roma never seems particularly bothered by cats eyes or the like. You could easily cover great distances and not feel fatigued, although you might want for a softer seat option; not because the standard ones aren’t contoured to your torso well enough, but because they recall a certain sort of numbness associated with other Ferrari seats on a long stint.

The reason the Roma doesn’t go fully grand tourer, though, is clear enough. Spin the dial to race and click the left flappy paddle back twice, and the car is transformed. The V8 adopts a more familiar and pleasing flat-plane note on its way to 7,500rpm, during which time the seats supportiveness suddenly seems entirely appropriate for 561lb ft of torque. The delivery is strong from 3,000rpm, and it grows with sufficient intensity that there’s no questioning the validity of a claimed 9.3-second 0-124mph time – even if the 3.9-litre motor never seems to go full howl. Perhaps we’re being unfair in a WLTP era.

You’re unlikely to dwell on it anyway given the distractions, primary among them an utterly superb twin-clutch gearbox that rewards as much on the way up the ratios as it does back down them. It is perfectly fine in auto mode, but to not experience the mechanical click action of the paddles, or the barely-believable reactions of the transmission they’re digitally connected to, feels like sacrilege. It’s a defining feature of the powertrain, and thanks to the tractability of the motor, you’re able to take as much joy from short shifting as you are pulling for the next gear a handful of revs before the limiter. The experience is made all the more visceral by shift lights that flash up and down on the top of the steering wheel.

Then there’s the chassis. Its suppleness transfers splendidly into the sort of body control which doesn’t need to be rock-solid or glued down to seem supremely able and alert. Coupled to the ease at which the V8 can over rotate the rear axle, and the lightness of the steering (which remains in the same tune across all modes), the Roma feels wonderfully alive and on its toes – without being hypersensitive at the front like an F8. It’s brilliantly forgiving into, through and even out of a corner. Carry some commitment into a bend and the car squats into its dampers, delivering feedback and neutrality in near equal measure.

Outright recklessness will be rewarded, too, if you wish. You’ll likely be familiar with the merits of Ferrari’s sixth-generation Slide Slip Control and E-diff technology, as it’s been around for a few years now, but it’s utterly fabulous here, rewarding exuberance without the sweaty palm pressure of needing to get it right every time. Moreover, if you run out of fake bravery, the carbon ceramic anchors are unphased by anything you can throw at them on the road, with excellent pedal feel and modulation. Perhaps the Roma isn’t as outwardly fast or ferocious as a proper supercar, but it delivers many of the same sensations.

Of course this does somewhat hinder the car’s all-round usability. A rear-drive grand tourer is never going to get you as high up the ski resort mountain as an all-wheel drive one. Nor is the Roma, with its dainty exterior and comparably lightweight interior, going to offer the suet-like experience of a Conti GT. The car’s back seats are predictably tiny, too. But it all feels beside the point when you actually sit down to drive the Roma. In that regard – the only one which really counts – it remains a mesmeric super-GT, and quite an act for anyone else to follow. 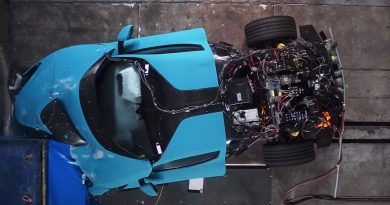 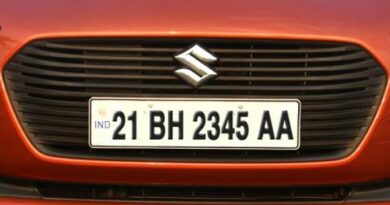 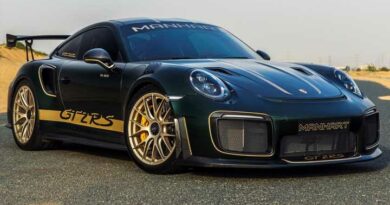