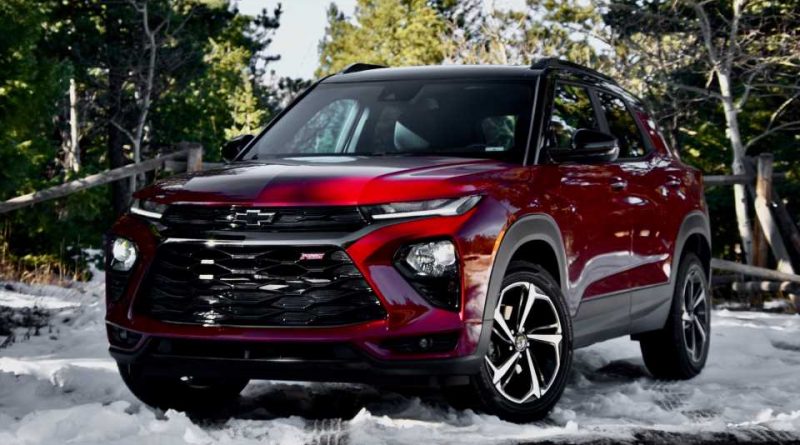 Chevrolet could have named its companion to the cramped, slightly under-badged Trax almost anything, but it chose Trailblazer. It’s a moniker that evokes adventure, arguably more strongly than either the Ford Bronco Sport or Jeep Renegade. There’s nothing inherently wrong with that, as crossovers have gotten increasingly capable over the last decade, but it sets the bar awfully high. Possibly too high.

Despite a name promising to let drivers beat new paths, the Trailblazer is not an allegorical pair of boots for doing so. It’s neither graceful nor rugged enough to be. Instead, its priorities are illustrated by the areas where it excels: interior space, technology, and price—it is one of the most affordable subcompact crossovers from an American automaker. In those respects, it’s a safe choice for living your everyday life and for staying in your comfort zone. It just struggles to venture beyond that. 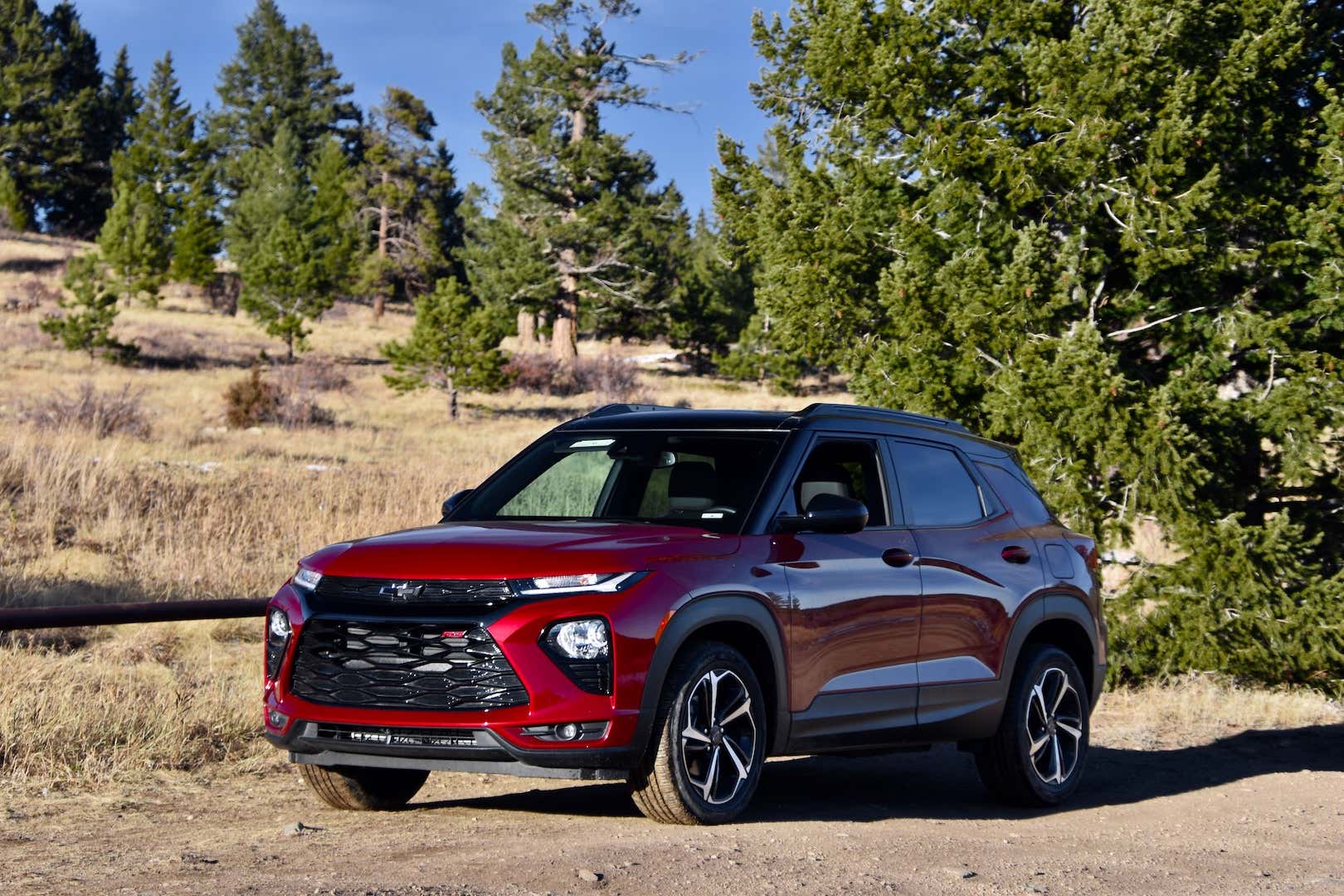 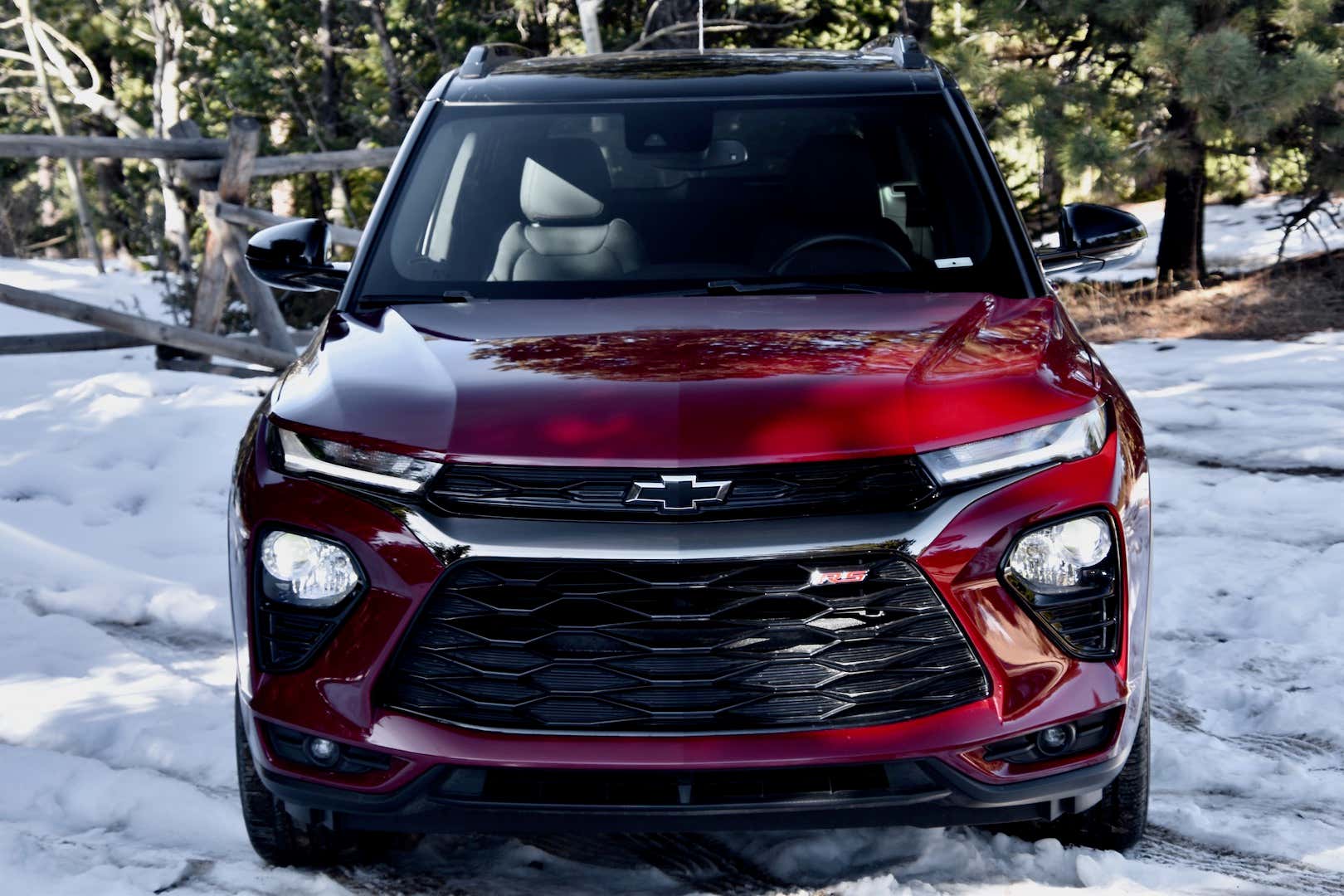 Once a compact SUV, the Trailblazer is now a smaller, softer subcompact crossover. It has a scrunched, slightly jowled face from the three-row Blazer and black plastic cladding that tricks the eye into seeing more than its eight inches of ground clearance. These looks didn’t grow on me in a week with an RS model which, with optional all-wheel drive and multiple terrain settings that exemplified the Trailblazer at its most capable and cutting-edge.

Equipped with Chevy Safety Assist, the Sun and Liftgate Package, and Driver Confidence Package, my Trailblazer came loaded with more tech than some crossovers $10,000 more expensive. Automatic assists watch your following distance, lane position, and for possible collisions ahead, applying brakes if an obstacle like a pedestrian goes unacknowledged by the driver. Its rear parking assist, rear cross-traffic alerts, and blind-spot watch are indispensable, mainly because of how poor over-the-shoulder visibility is. 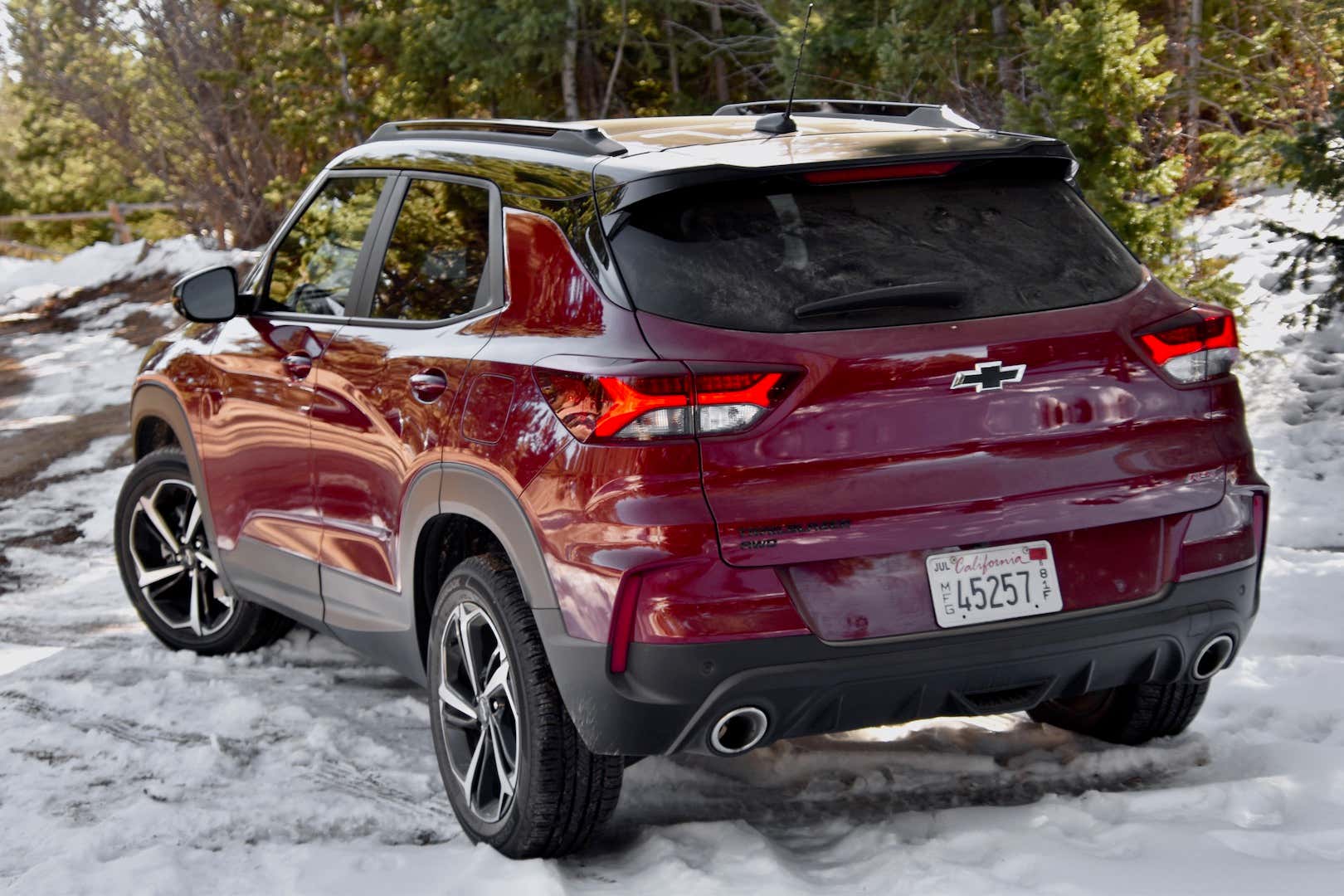 See No Evil, Hear No Evil

To prevent glare in the driver’s remaining field of view, the Trailblazer dulls tailgaters with an auto-dimming rear-view mirror and keeps the opposing traffic’s view clear with automatic LED high beams. Busybody parents can activate the Teen Driver mode for when their high school junior’s at the wheel. Otherwise, they can lean on the competent adaptive cruise control to scrub away some of the fatigue brought on by long highway stints.

Inside my Trailblazer RS, the only thing letting in more light than its sky-wide sunroof was its optional eight-inch touchscreen. It’s not one of the industry’s worst offenders—I’ve written before about how automakers are playing a risky game with driver-facing screens—though its straightforward Chevrolet Infotainment 3 Plus interface is easily supplanted by Apple’s or Android’s software over Bluetooth. Charged inductively, your phone can also shove SiriusXM aside to blare Radical Face through the seven-speaker Bose sound system—which, though unmemorable, is better than what I can say about the Trailblazer’s outright garish interior design. 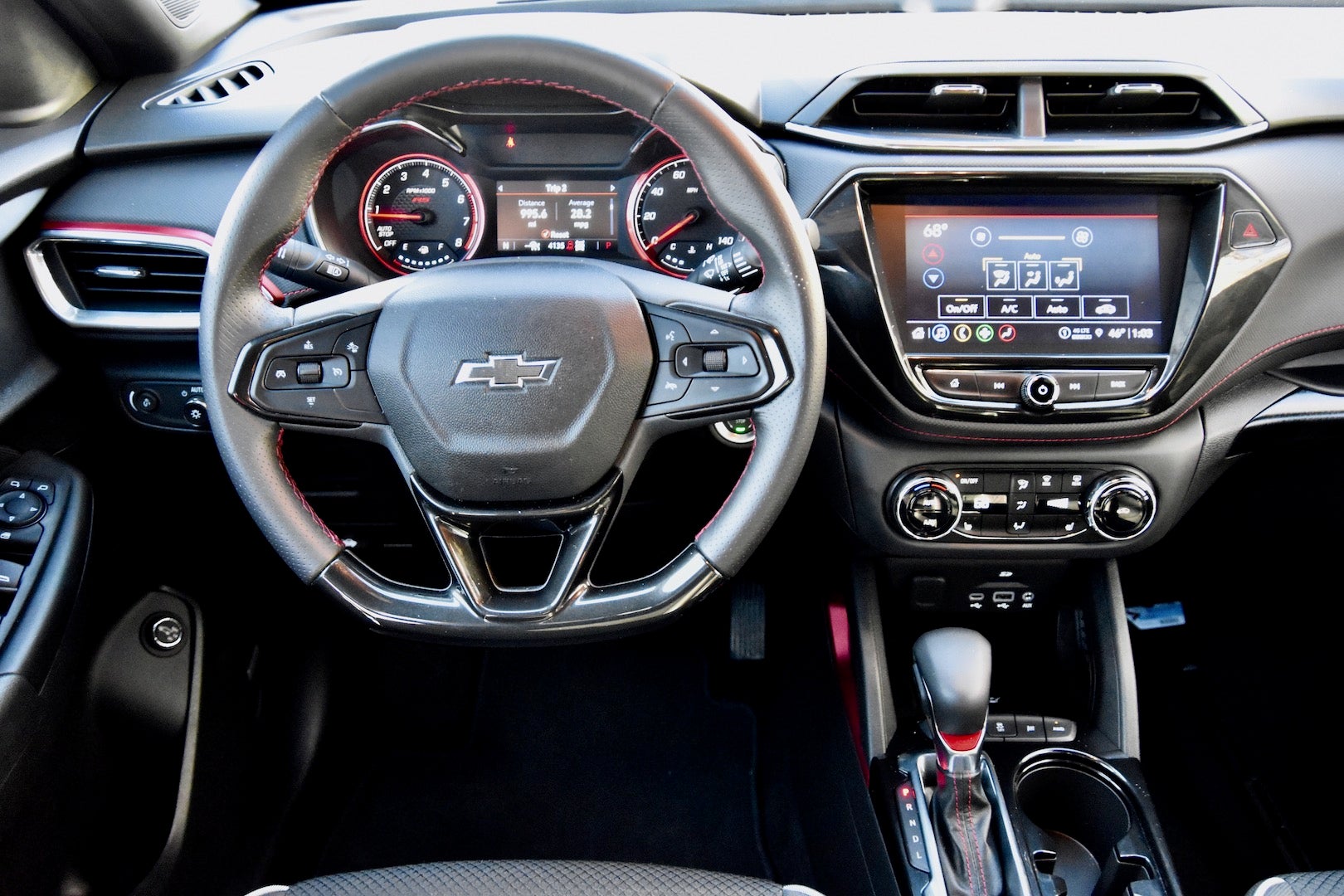 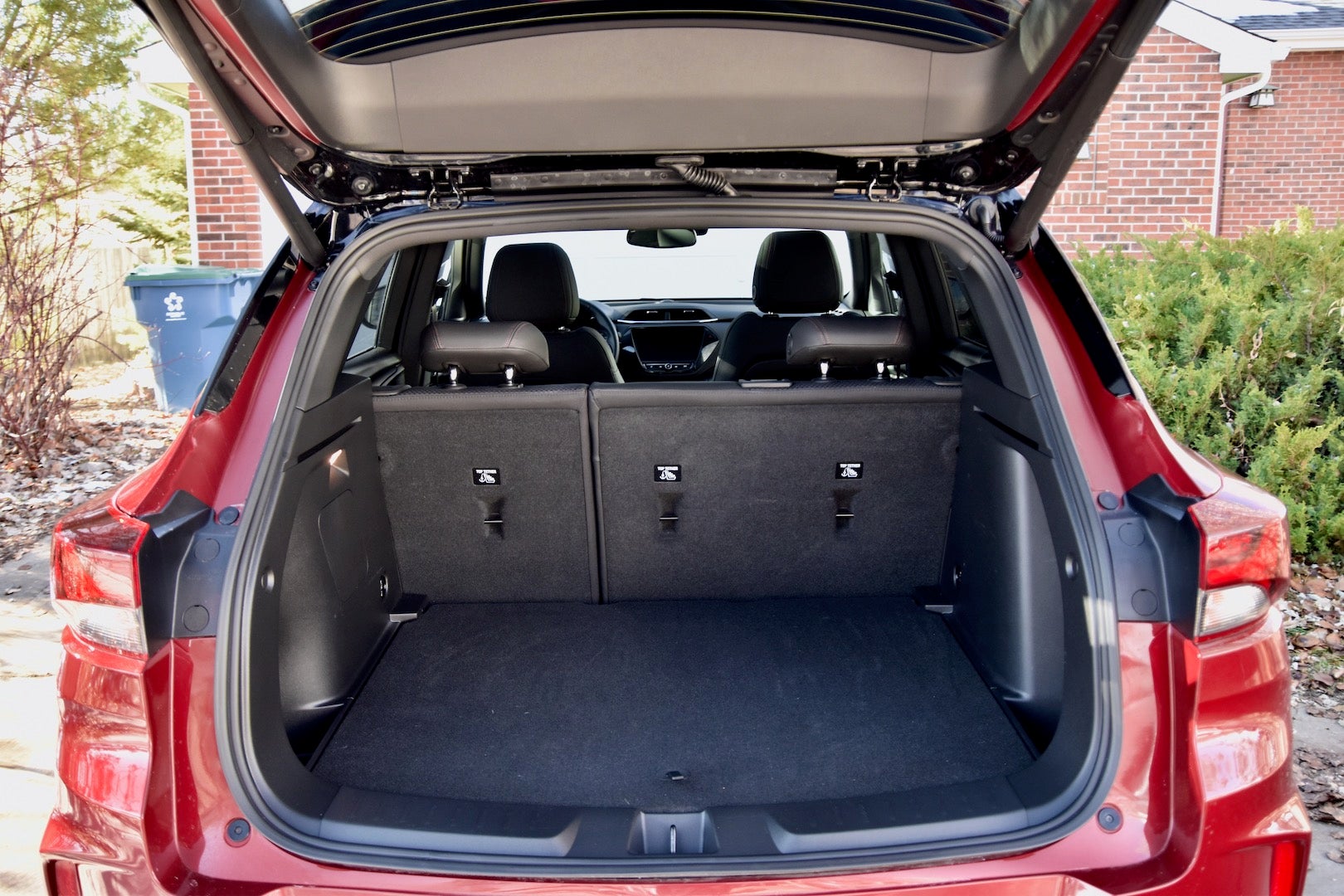 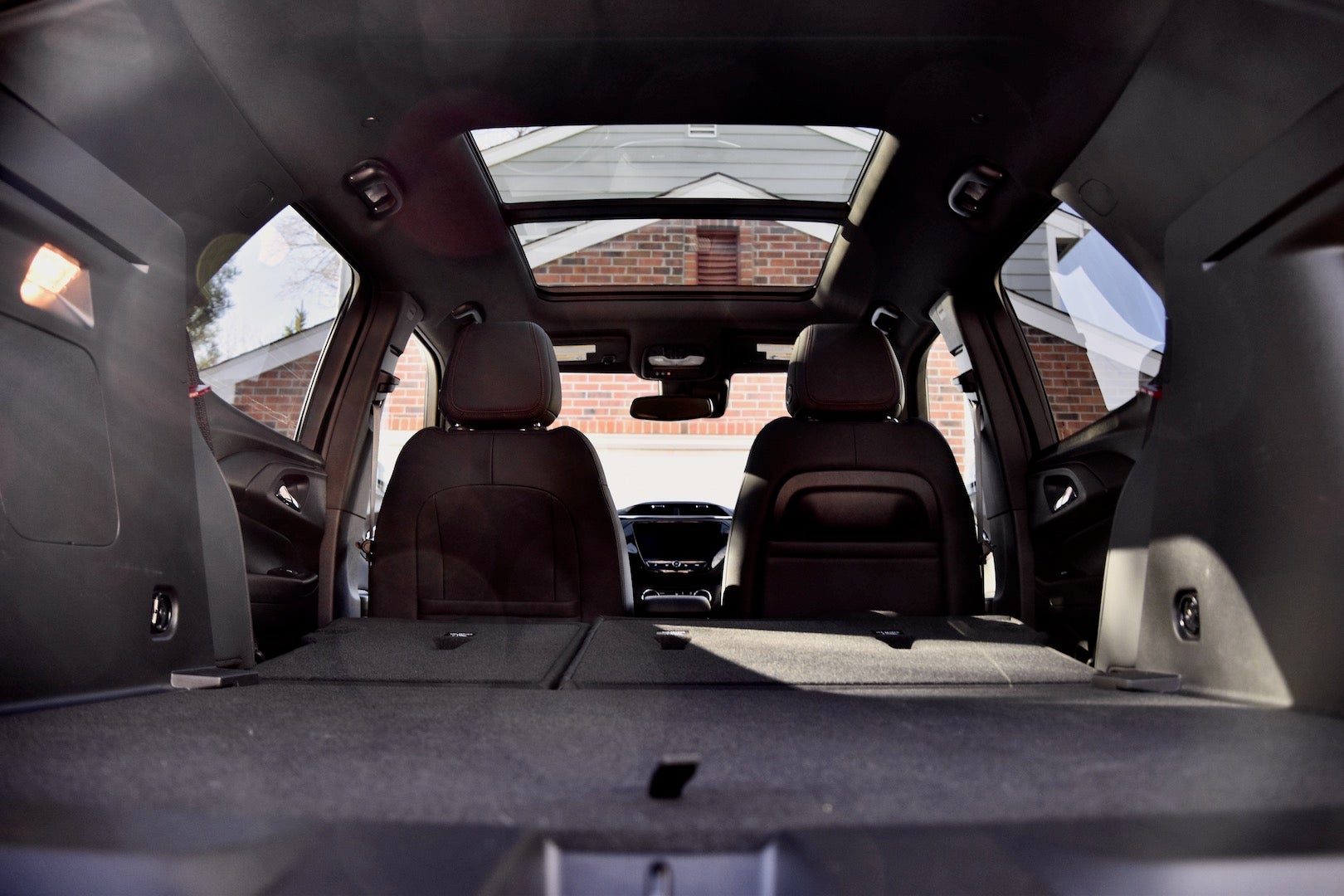 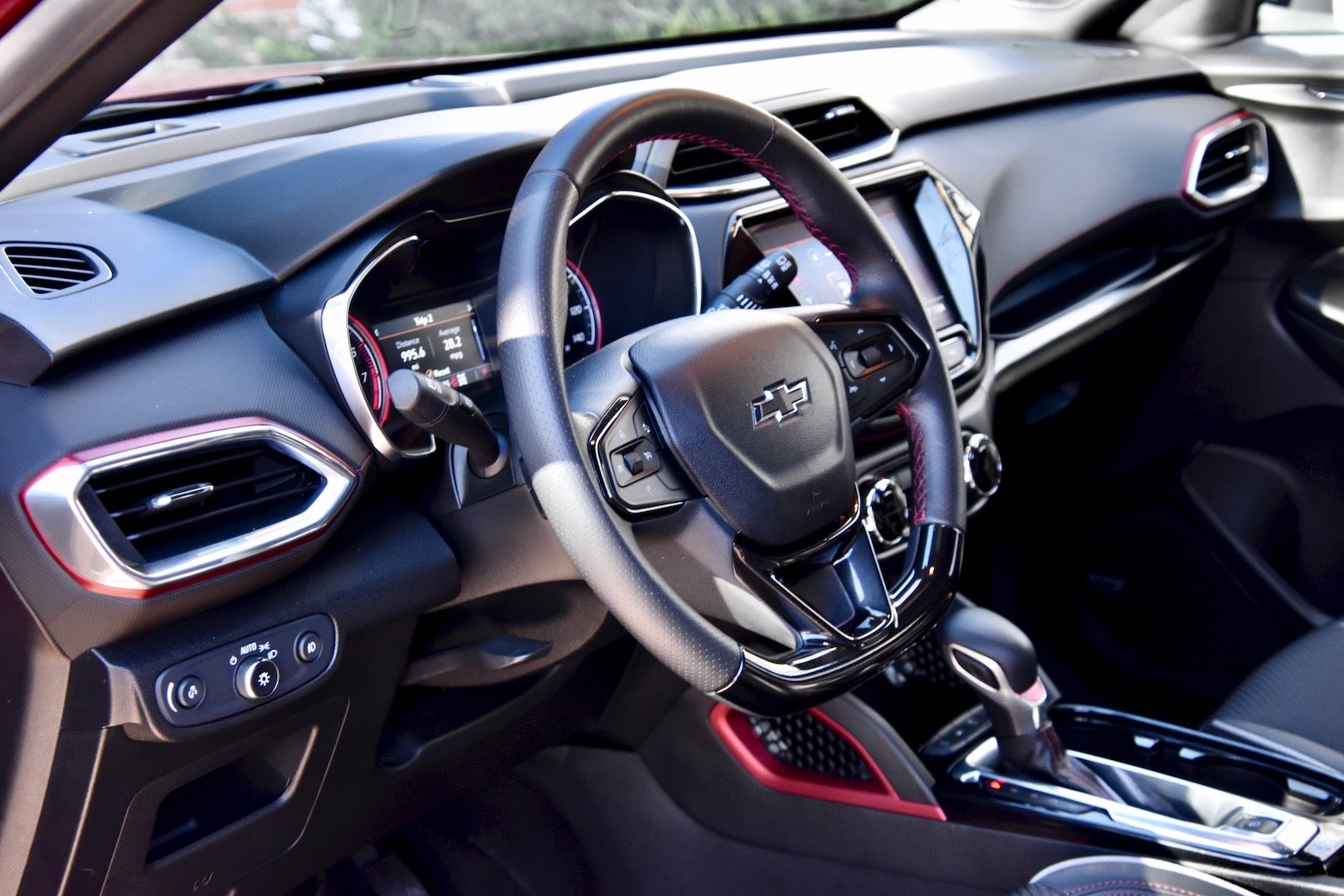 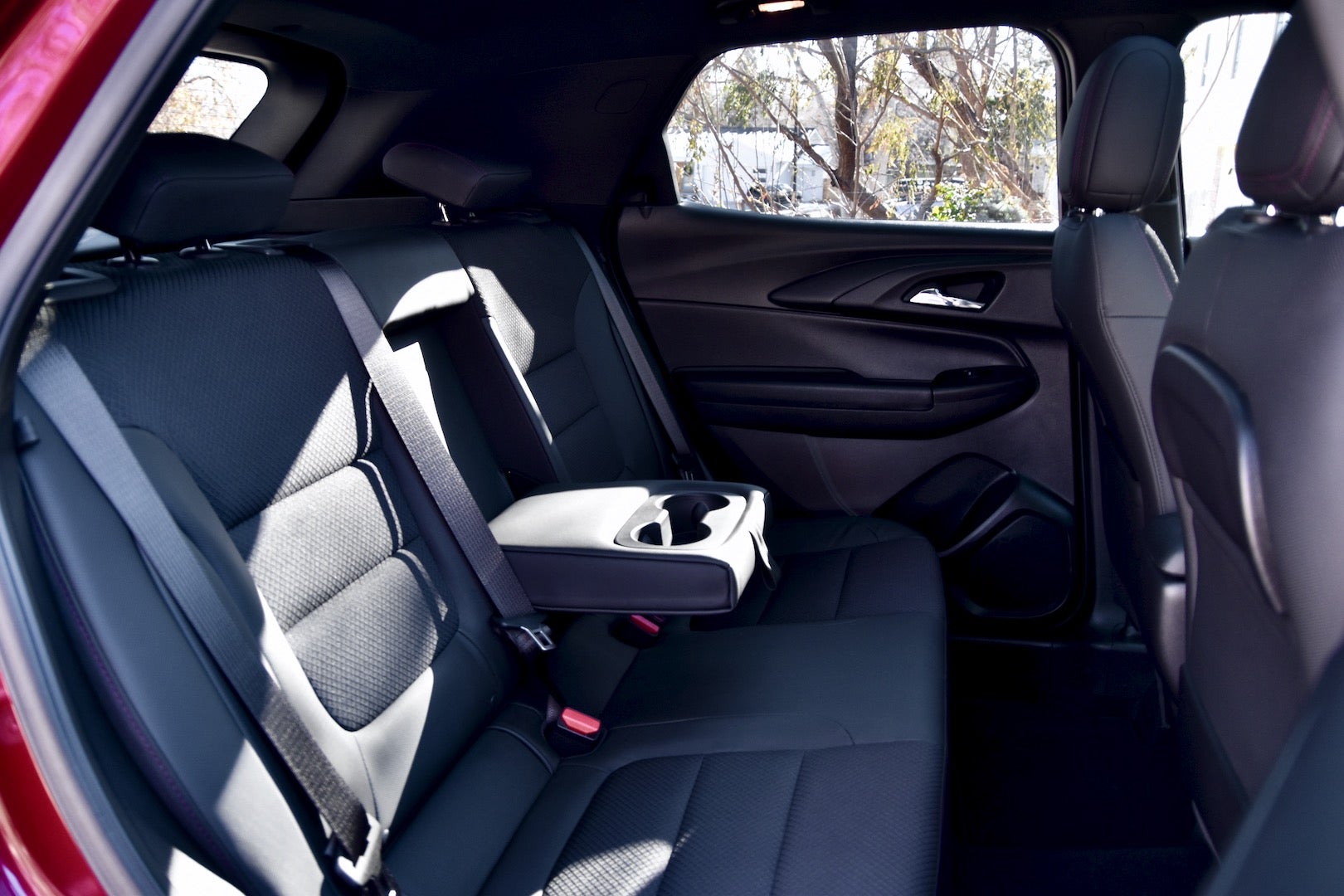 When a friend swung by to return a borrowed tool, he remarked how much the Trailblazer’s interior with its bright red trim reminded him of an Acer gaming laptop: cheap and filled with tacky electronics. I couldn’t have said it better, Rafi, so you take the credit. This budget-Twitch setup similarity doesn’t end there, either, as this Chevy’s seats are about as comfortable and nearly as tacky as cheap gaming chairs. The spinal support is fine, but the bolstering ought to better for a car with so much body roll in corners—though, to be fair, this softness did mean the Trailblazer rode pleasantly on tarmac. (Not off it, but more on that later.)

Spatially, the Trailblazer’s interior is similarly hit-or-miss. It has plentiful space for all occupants, doesn’t have the old Trax’s headroom issues, and rear legroom is decent. Cargo space comes in superior to that of the Jeep Renegade, though it falls short of the Ford Bronco Sport’s.

Front-row storage is similarly middling. Praise be unto its useful phone slot in the cupholder—and its cavernous door pockets were capable of holding my oversized kombucha bottles—but its center console bin is tight, and far from the only interior annoyance. Gaps in the sun visor let glare through, and I could not for the life of me figure out how to unlock the doors from inside by hand, only by button. Call me paranoid, but I’ve heard too many stories about failing electric door mechanisms to trust them.

Speaking of trust, it’s something I also found difficult to put in the Trailblazer off-road, what with its lack of underbody armor. Its eight inches of ground clearance match the Renegade 4×4’s and beat the Bronco Sport’s base specs, but fall short of the Trailhawk’s 8.7 inches and Bronco Sport Badlands’s 8.8 inches. These proved enough to tackle Switzerland Trail outside Boulder, Colorado (which one Trails Offroad review complains is more Subaru terrain than Jeep), but not without moments of significant scrape anxiety. 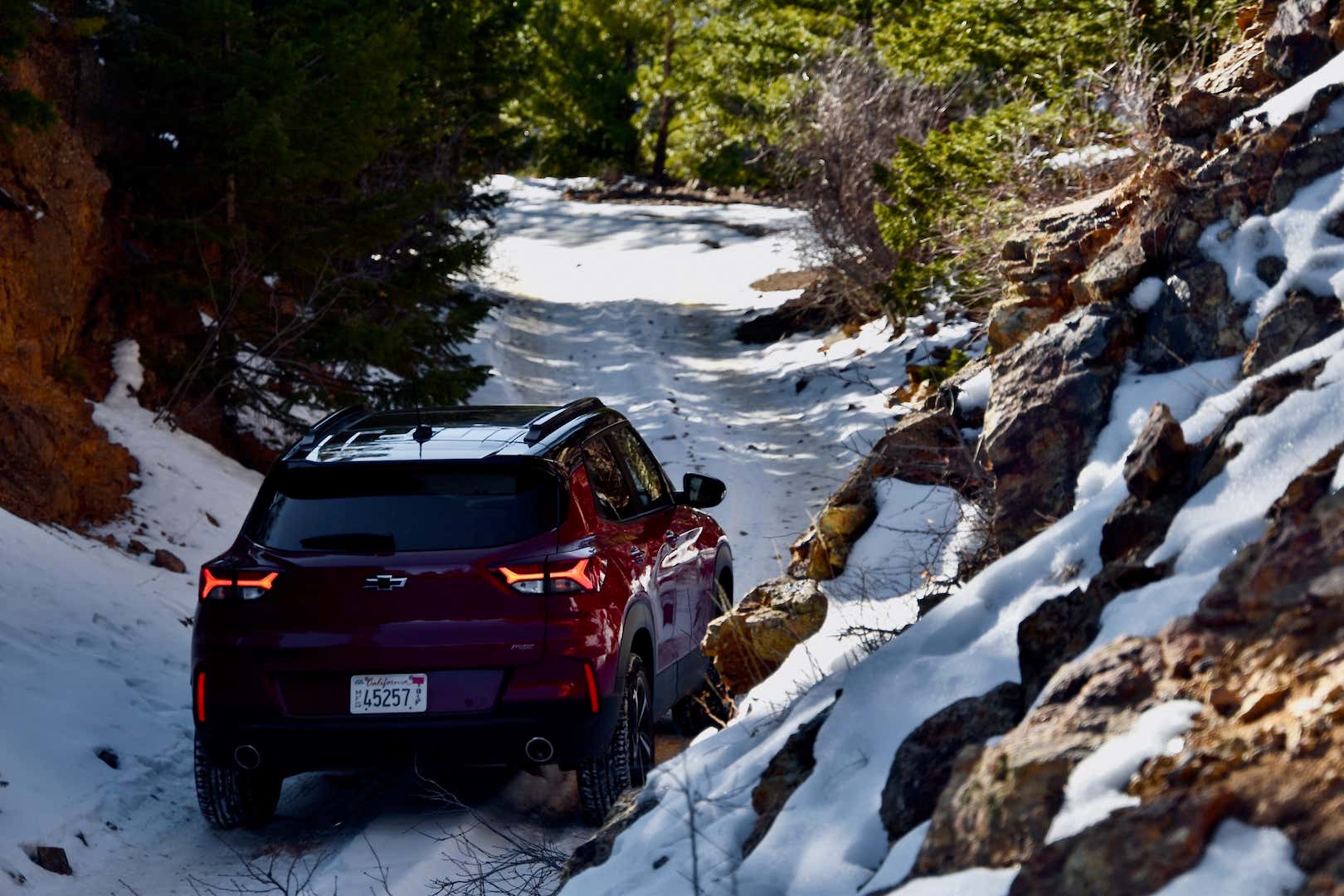 The Trailblazer’s lack of seat bolstering gave me an unexpected core workout as it staggered over rocky outcroppings, kindling fears of a puncture. I tried to take things nice and slow, and use a spotter, but the Trailblazer’s soft-yet-grabby brakes and jarring throttle response made finesse over sharp rocks tricky. The fault belongs to its jerky nine-speed automatic transmission, which has some unusual programming quirks. Shifting from park to drive doesn’t deactivate the electronic parking brake (something I’ve seen in no other modern car), and when slotted into low gear for my drive down the mountain, it stayed in the not-at-all low gear of fifth until I manually shifted it down.

This wouldn’t be a problem if its 1.3-liter three-cylinder engine had enough inertia to generate significant engine braking force, though mercifully, that was the only flaw I found with the turbocharged little jewel of an engine. Its 155 horsepower and 174 pound-feet of torque sound shrimpy on paper, but in practice feel like Chevy’s selling its engine short. Peak torque comes on remarkably low for such a small motor, and throttle response is excitable; it’s eager to please. Though a bit rev-happy, it was plenty efficient, returning its estimated 28 mpg even including my few hours on the trail. 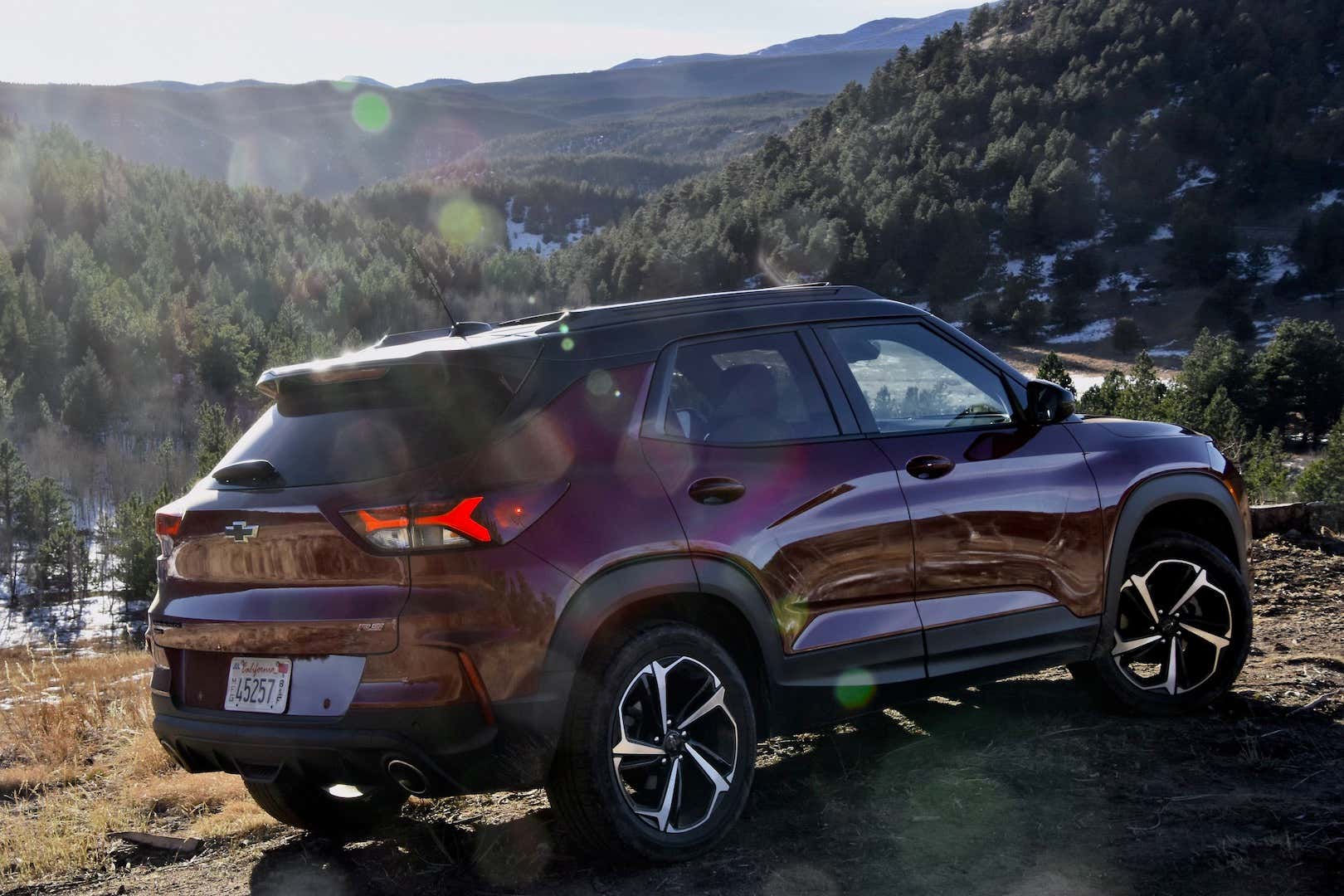 Some cars are greater than the sum of their parts, others lesser, and the Trailblazer comes to the table with no shortage of strengths. It’s spacious, not especially inefficient, loaded with tech, and when spec’d correctly, not a bank-breaker. But somehow, these don’t amount to a vehicle that feels exceptional, be it in domestic life—with its tacky styling and interior annoyances—or on adventures, where its unease trail performance holds it back.

The Trailblazer’s strengths lie in its combination of cheap tech and abundant interior space, which the dated Jeep Renegade can’t rival, and which cost thousands more in the Ford Bronco Sport. But if you can admit you’d keep to the blacktop in your Trailblazer, it’s worth cross-shopping it first against the Hyundai Kona and Mazda CX-30, the latter of whose interior and ownership cost will impress both your parents and financial advisor, respectively.

Plus, neither convey an ersatz outdoorsiness that your kayaking neighbors will see straight through. 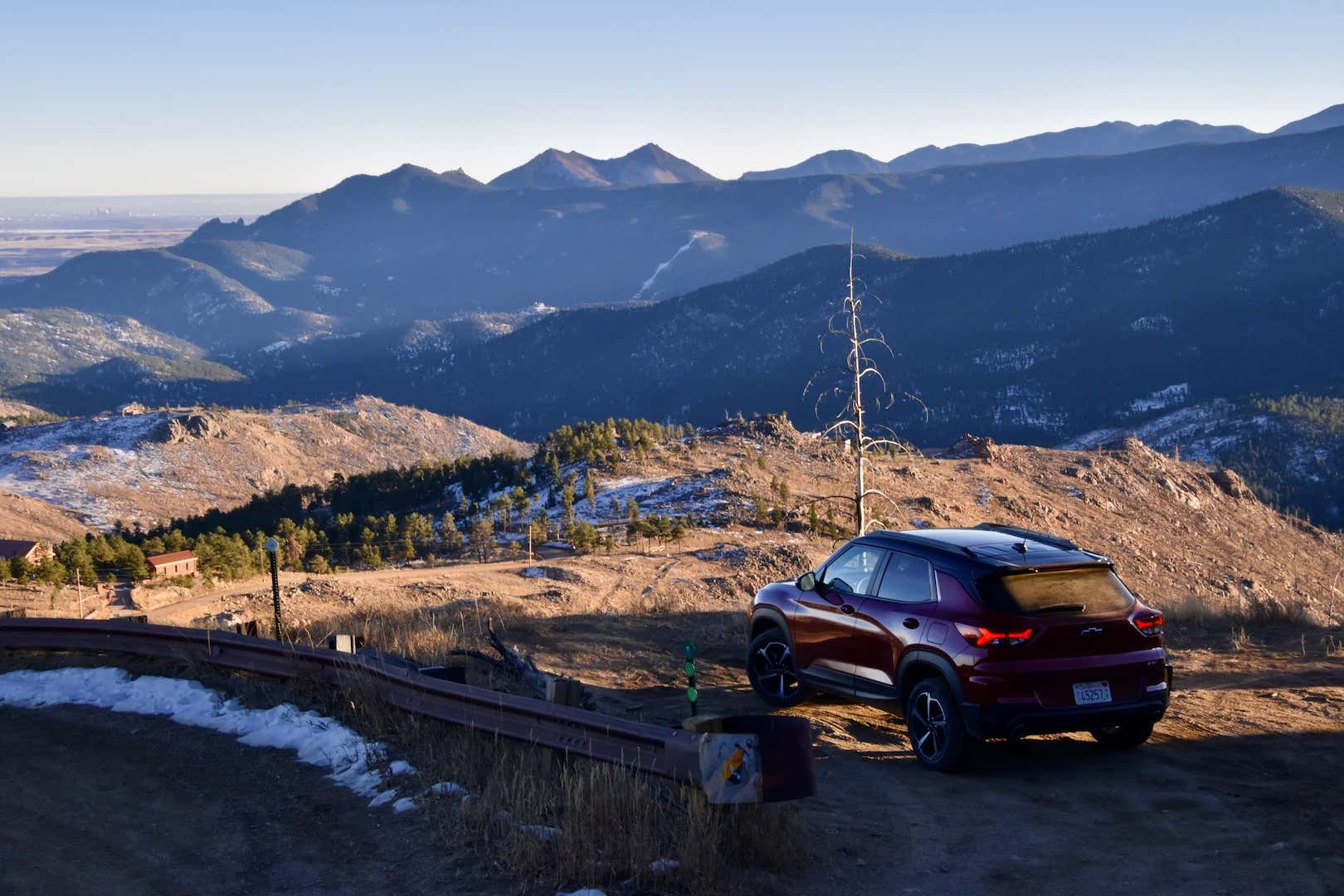 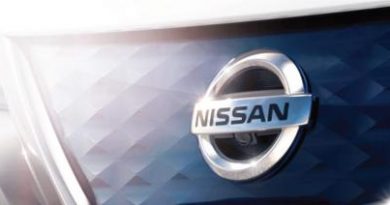 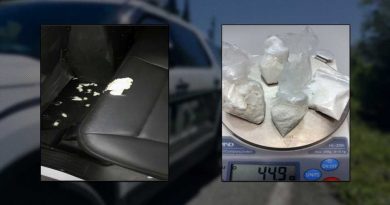 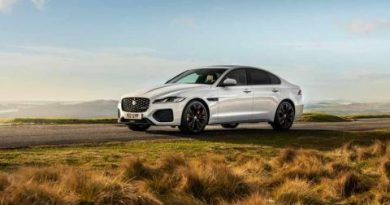