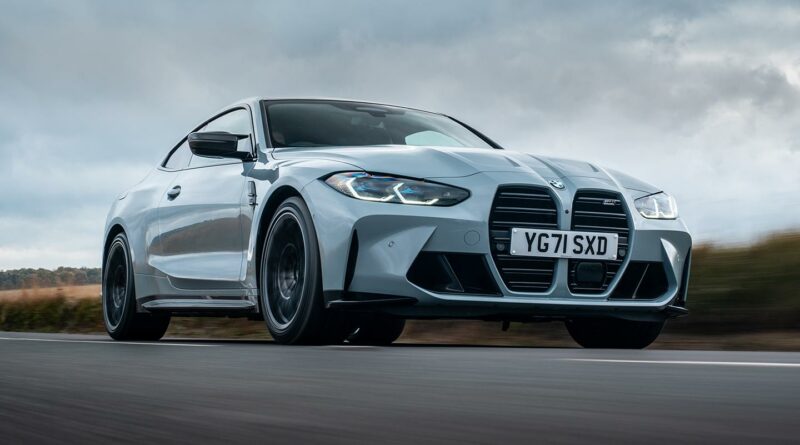 Purists, look away now – this might just be the best one yet

Silly old BMW. Not so long ago, when the M3 and M4 were a bit too wild for their own good, an xDrive option would have been a no-brainer – just the thing to calm it down, while keeping some edge. Only, of course, that didn’t happen, and it’s only now that the M3 is extraordinarily gifted at deploying 510hp through two Michelins that BMW has made four driven wheels optional. Which begs the fairly obvious question: is there any point?

BMW will say ‘yes’ (naturally), because it means something like the M3 Touring will have the year-round usability dictated by its wider remit. It also means more money can be charged for the Convertible, a car only coming to the UK with xDrive onboard. But if you’re an enthusiast – i.e. if you’re the sort of person that knows their S54 from their S65 – what does all-wheel drive add to an already mighty M3 experience?

In terms of vital stats, there aren’t any drastic changes. BMW’s electronically controlled multi-plate clutch and transfer case adds 50kg and each xDrive model only commands a £2k premium over their RWD alternative. The 3.5-second 0-62mph sprint is perhaps the most incredible number on the spec sheet. Certainly from outside nothing gives the xDrive game away as this is to all intents and purposes just like any other M4 Competition: no new badges, or trims, or anything that might point it out as the first four-wheel drive M3 or M4 ever.

On the road there’s no immediate, discernible difference either. Its 50kg penalty is negligible in something so heavy, and with traction so good already in the standard car it’s not suddenly like this is finding purchase where that car would be flailing. Perhaps the new tune for the steering has introduced a tad more weight, but that might just be getting used to the car again. The xDrive car certainly doesn’t feel any less agile, any less fast, or any less stiff than the rear-drive Competition. It’s not a softer, lazier model by any means, even with tweaks to accommodate double the driven wheels.

Even in the standard 4WD setting, driving a bit harder reveals it to be very much still an M car. Much like the larger M5 in fact, the xDrive system used here works like anti-Haldex – where that dreaded old system was front drive until the rear needed it in VWs, this, in BMW’s best tradition, is rear-wheel drive right up to the moment the front requires help. Therefore the car still turns in like it’s unsullied by four driven wheels and powers out like it’s RWD only, just with exceptional traction. The M4 can be straightened out under power just a tad without altering any setting, which feels just as good here as it does in similarly configured four-wheel drive performance cars.

There’s a pure 2WD mode with the M Traction Control and Drift Analyser at the other end of the scale, but you won’t use that on the road. Not with the purchase afford by Cup 2 Michelins and the sheer size of the G82 body. But 4WD Sport, a setting again familiar from the M5 and M8, feels as smartly calibrated here as it does everywhere else. Yes, it’s more configurability for a car that really doesn’t need it, though you’ll not want for more security (or silliness) than the setting offers. Select that mode, alongside Comfort for everything else (but have the engine in Sport, obviously) and that’s the M4 set. Sort of forever.

It’s worth mentioning at this point that the traction control button needs to be pressed to configure the 4WD, which might seem a little unnerving in the wrong weather. But a quick press sets the M4 to 4WD Sport and M Dynamic Mode, meaning an electronic safety net remains in place. Of course, it’s a BMW M car safety net, meaning it feels like you’ve just enough rope to hang yourself with. But help does arrive eventually, and there’s no question that this is a four-wheel drive system intended to add to the driving experience rather than taking anything away from it; torque moves around seamlessly and in a way that seems easily readable – even with the wheels slightly overspeeding. It’s a very neat trick, and honestly the one we hoped for: an M4 that feels like any other, but with even more confidence ladled on top.

Granted, it could be argued that confidence is the last thing an M4 driver needs more of – and be in no doubt, a four-wheel drive M4, with 510hp, ceramic brakes and Cup 2s is a fearsomely fast car. Given the presence of six cylinders, two turbos and four driven wheels for similar money, it’s hard not to compare it to a Nissan GT-R, but the BMW feels significantly quicker, with less lag, sharper gearchanges and a quieter, more dextrous 4WD system. Driven very hard its performance is in that kind of ballpark. It’s berserk. So much so that the Cup 2s are probably a bit much for use on the road, especially at this time of year, their moments of magic offset by extra tyre noise and some fidget in the steering. The ceramic brakes don’t feel mandatory either, although those planning track days should obviously consider them; there have been stories already of iron brakes wilting on circuit, and the upgrade will ensure nothing short of a 992 Turbo S is faster.

All of which does mean there’s precious little here to fault. If you’re already into what the latest M4 is offering, then the xDrive really only adds to the all-round appeal – certainly on the road there are all the benefits of four driven wheels with very few preconceived drawbacks. Doubtless the manifest advantages will be even more keenly felt in the coming months, however good the rear-wheel drive M3 and M4 have proven themselves in less than ideal conditions. Yes, it is conceivable – probable, even – that traditionalists will bridle at the notion of a driven front axle, and BMW’s decision not to include any xDrive badges is surely a nod to that longstanding point of view. But a faster and arguably more complete performance car has resulted nonetheless – and that doesn’t sound silly at all. 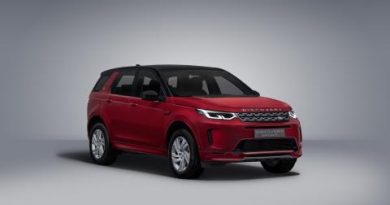 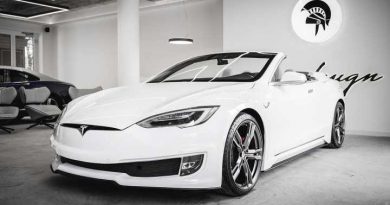 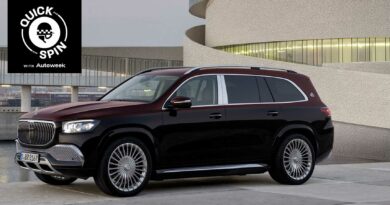 The Mercedes-Maybach GLS 600 Is a Crown Jewel Ute