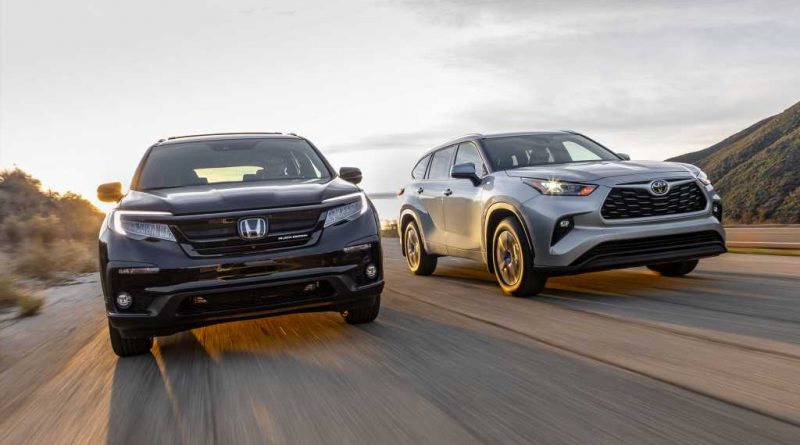 You’ve heard them all—Batman vs. Superman, Real Madrid vs. Barcelona, Apple vs. Microsoft. For as long as humankind has been competitive, rivalries have existed, with some even defining different points in world history and pop culture. In the auto industry, it’s always been about Mustang vs. Camaro, but in the three-row SUV segment, there’s always been one essential matchup: Honda Pilot vs. Toyota Highlander. They were both born as unibody crossovers with an independent rear suspension and demonstrated to the world that SUVs could also have the carlike driving abilities of minivans without the quirky looks, awkward proportions, and sliding doors.

The Highlander started production in 2000, with the Pilot arriving in 2002. The Highlander was originally conceived as a two-row SUV, but Toyota started offering a third row  in 2004. The two vehicles quickly became rivals, competing for the number-one spot on the sales charts and fighting to offer the best amenities and innovative features. As their designs changed, their rivalry only grew. When the current-generation Pilot ditched its boxy design in 2015, things turned fierce, and even as new players entered the game, they have both continued to occupy the top two spots on the sales charts.

With an all-new Highlander on the market, we wanted to see which of the two is a better option for families. We spent a lot of time driving them back to back, checking out their interior space and materials, and playing with their infotainment systems to determine which of the two is the best SUV.

On paper, this matchup could hardly be closer. Both the Highlander and Pilot are powered by 3.5-liter V-6 engines that send power to all four wheels via an all-wheel-drive system. The fourth-generation Highlander is based on Toyota’s modular TNGA-K platform, which underpins different products like the RAV4 and Camry. That V-6 engine delivers 295 hp and 263 lb-ft of torque, and it’s mated to an eight-speed automatic. Although Toyota offers a Highlander Hybrid, we opted for the gas engine for a better matchup with the Pilot. Our Highlander XLE tester was equipped with 18-inch wheels, soft leatherette seats, and a second-row bench seat (captain’s chairs are available at no charge on the XLE). With our tester coming in at $42,320, there’s certainly a ton of value in this XLE.

On the other side of the ring, the Honda Pilot delivers 280 hp and 262 lb-ft of torque thanks to its VTEC engine and sends that power to all four wheels via a nine-speed automatic transmission. Our Black Edition Pilot arrived with black exterior trim. Its grille, 20-inch wheels, headlights, and tailgate are all blacked out. Based on the Elite trim, the Black Edition comes with standard all-wheel drive, leather seats with red inserts, and second-row captain’s chairs. Given that the Black Edition is the top-of-the-line model, the price difference compared with the Highlander is pretty substantial. Its $50,740 price tag dropped our jaws. It’s important to note that we asked both manufacturers to keep prices below $50,000, but Honda didn’t have a different Pilot available during our testing dates.

Although exterior styling might solidify your choice as you shop for an SUV, the interior layout and packaging should also be a deciding factor. You want a spacious crossover that’s comfortable enough for your kids and their friends yet sufficiently roomy for the occasional grandparents’ visit. You also want an interior that you can enjoy—in the end, you’ll be the one spending the most time here driving the kids to soccer practice and commuting to work.

For $42,000, the Highlander makes a great initial impression. The redesigned trays located under the 8.0-inch infotainment screen and on the front passenger’s dash are a perfect place to put wallets, keys, and phones. Although its center console is not as spacious or deep as the Pilot’s, there’s a wireless charger for smartphones, and the door panels were redesigned to fit larger water bottles or documents. The second row is pretty comfortable, with two USB ports and its own automatic climate zone. The second-row seats and seat backs slide forward to provide enough room to climb into the third row with almost no issues, but once you’re back there and the second-row seats are slid back, your knees will be screaming for help. With only 27.7 inches of legroom, the third row is tight, which is a huge miss for the newest entrant and most popular model of the segment.

Another misstep is the driver’s seating position—it’s too far inboard for the driver to rest his or her elbow comfortably on the door-mounted armrest. Features editor Christian Seabaugh described it as “a lazy engineering solution to ace crash tests.” And because the infotainment screen isn’t close to the driver’s seat, it’s hard for the driver to reach the tuning knob and could be dangerous to attempt when driving on the freeway.

We wish Toyota had updated the Highlander’s infotainment system, as well. It needs new graphics and a faster processor.

Honda, on the other hand, is known for its brilliant packaging techniques, and the Pilot is no exception. With such a compact space to play with, Honda developed a living room-like interior, delivering plenty of space in the second and a third rows that’s comfortable for short city drives for adults that are 6 feet tall. “Honda is so good at packaging, suspension tuning, and driveline integration that even a five-year-old Pilot can still impress,” road test editor Chris Walton noted. Accessing the third row is as easy as talking to Siri on your phone—simply press and hold the button on the side of the second-row seat, and it will slide forward to give you enough space to climb in.

Although the Pilot’s interior design isn’t as sharp as the new Highlander’s, there are areas where the Pilot delivers. The absence of a traditional gear lever makes the center stack seem more spacious, and the gigantic center console is deep enough to stow purses, laptops, or tablets. We aren’t fans of the black-on-black interior (coincidentally not related to this being a Black Edition), and the lack of handy features like the Highlander’s trays is sadly missed. For the 2019 model year, Honda equipped the Pilot with a new Android-based infotainment system that’s easy to use and has better graphics, but the best news is that the volume knob is back. Our tester was also equipped with a standard but now old-school rear-seat entertainment system, which has one display located on the ceiling between the captain’s chairs and comes with a Blu-ray player and HDMI ports. This type of entertainment system is quickly becoming obsolete, but we’re sure some families still appreciate having the option.

What both SUVs missed are USB ports for third-row passengers. You buy a three-row crossover because you plan to use that third row at least some of the time, and when it does get used, you’ll want your passengers to feel as connected as those in the second row.

Driving dynamics are not as important in three-row SUVs as in other segments, but you still want to make sure the ride is pleasant and make use of that punchy engine when you need to.

Although the Highlander won’t surprise you with it speed, its disappointingly thrashy engine note might. Whether you’re merging onto the freeway or trying to pass, the sound of the engine is very loud, and not in a good way. The eight-speed transmission is tuned to always hunt for the highest gear and can be partly blamed for that loud engine noise. Once you get up to speed, though, you’ll enjoy the smooth suspension that delivers a peaceful ride. “The ride is so floaty that my wife asked me, ‘Is this a minivan?'” editor-in-chief Mark Rechtin said. Whether you go over bumps or ruts, the Highlander’s suspension will keep the cabin subtle. We know sportiness isn’t this segment’s raison d’être, but the Highlander’s steering is so soft, it’s almost without feedback.

We also hope Toyota refines the sound insulation in the Highlander. There’s a severe amount of wind and tire noise that enters the cabin on freeway drives, which means you’ll have a hard time talking to your kids in the back seat.

What surprised us the most about the Pilot was its 0-60 mph time. Although performance times don’t matter too much in this segment, the Pilot stood out like a parrot among ravens. Its 6.2-second sprint is the quickest in the segment, and that really shines on the road. “The Honda’s engine has a broad powerband and enough torque on tap to help keep you out of trouble,” Seabaugh added. Although its nine-speed transmission is not the best, Honda made some improvements to provide smoother shifts and quicker downshifts.

Suspension-wise, the Pilot’s ride is on the stiffer side, but not by much. Compared with the Highlander’s, the Pilot’s suspension can feel more rigid, but “the benefit is that body control is very good for the class,” associate online editor Nick Yekikian said. And that was especially true on the twisty turns that run through the Palos Verdes Peninsula in Southern California, where our test drive took place. “The suspension is more alert, and steering response is more direct and precise,” Rechtin added.

Although the Highlander delivers better fuel economy, according to the EPA (20/27/23 mpg in city/highway/combined driving versus the Pilot’s 19/26/22), the Pilot sipped less fuel during our 25-mile loop. Whereas the Toyota’s computer estimated an average of 18.1 mpg, the Honda’s returned 21.2 after being driven on the same day under the same driving conditions.

Pilot vs. Highlander: How Do They Compare on Safety?

For 2020, the IIHS has made it more difficult for models to get the coveted Top Safety Pick and Top Safety Pick+ awards. All models must receive a Good rating on all six crash tests in order to receive an award, whereas in 2019 a score of Acceptable was enough. Because the 2020 Honda Pilot came out early enough, the IIHS awarded it with a 2019 Top Safety Pick rating, but the Pilot is disqualified from a 2020 Top Safety Pick award because it merely earned an Acceptable rating in the passenger’s side small overlap front test.

NHTSA, however, rated the 2020 Pilot with five stars, the highest rating possible.

At the time of this writing, neither the NHTSA nor the IIHS have tested the 2020 Toyota Highlander. Given that the family SUV arrived in dealerships in mid-December, no safety ratings are available yet for the new-generation Highlander.

Pilot vs. Highlander Final Thoughts: Which Should You Buy?

Both the Pilot and Highlander bring their own sets of virtues to the ring—from interior features to driving dynamics to value. But all rivalries, as equally matched as they may be, have to have a winner.

In this case, the clear winner is the Pilot. It might be five years old and some of its features are aging, but the Pilot is still competent, continues to enjoy a spacious interior, and stands out in terms of performance. Its third row is roomy and easily accessible, its driving dynamics are sharp, and its interior features like the deep center console are greatly appreciated. Still, at over $50,000, it had us searching for the value we’re used to seeing in Hondas.

The Highlander had us wishing for more. There’s no excuse for having a cramped third row where only small children can sit, its lethargic powertrain needs to be refined, and the sound insulation should be improved. But for just over $42,000, the Highlander delivers amazing value, even by Toyota standards. Its styling is sharp and modern, and its redesigned trays improve the interior’s utility.

It may be hard to guess who wins the Batman vs. Superman rivalry, but the champion of this face-off is the Pilot. 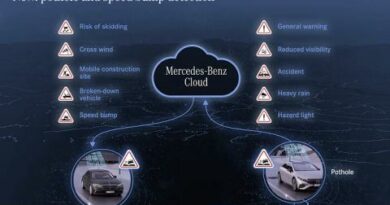 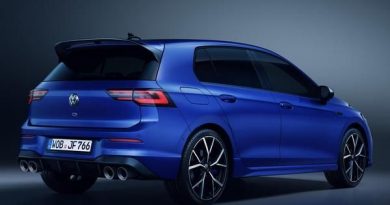 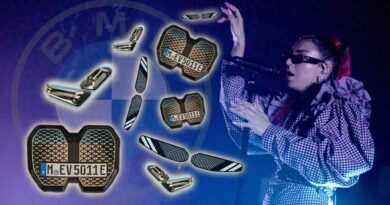 BMW's Hyperpop Era of Design Is Here, And It's Everything I've Ever Wanted From Cars