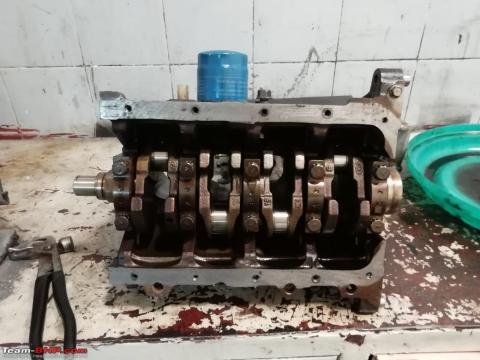 The same workshop already had another Santro of almost similar mileage which was undergoing engine overhaul, too.

BHPian BhaskarG recently shared this with other enthusiasts.

Background: I am driving a 2019 Hyundai Santro. I was among the very first who posted regarding Hyundai’s AMT issues (that I faced in my Santro). Many others later reported similar incidents in their Santro, but later we found out (by hit and trial) that it is not a major issue, and can be prevented by not allowing the battery to drain.

Now here is a BIG update:

The engine needs overhauling at 58,000 km within the warranty period. It is currently under repair at Oja Hyundai, Guwahati workshop. The issue came to light during the 50000 kms routine service, where I noticed that the engine oil was extremely low. The car had been regularly serviced as per schedule. The SA told me to keep on driving and report any future drop in engine oil levels. After a few months, at about 57000 kms, I pulled again into the workshop on seeing the Low Engine Oil light glow up. On draining, they found less than half a litre of oil remaining.

The service centre replaced the oil, and asked me to come back after 2 months with observations, and also because the workshop was fully occupied at the moment. However, oil levels kept dropping. I brought the car back to the workshop after one month, at 58000 kms. I pressed for repair under warranty and half engine (head) replacement if necessary. Head replacement was ruled out, but I was assured that the engine will be properly rebuilt with all necessary parts. The car was handed over to the workshop on 2nd November.

Current status: The warranty approval process took about 7-10 days, post some compression tests. And then it took another 10-11 days for the parts to arrive. Currently, the block is sent to the lathe. I am expecting another week’s time till the car is ready.

Courtesy car: I am trying my best not to make it sound like a grumpy complaint, but Oja Hyundai did not even have the courtesy to offer me a courtesy car for the duration. I understand that the dealer/workshop is not obliged to give a courtesy car, but it is also true that my car was down without any fault on my part. This work is being done under warranty, and the dealer already knew it would take more than a months time. I finally got a loaner car after 24 days, and that too after mailing the matter to HMIL. Thank you, finally.

Reason: The workshop could not identify any reason why this happened at just 50,000 km. They assumed that there may be some defect in the manufacturing itself. Since I am not a technical person, I just hope that the workshop will do a good job.

This may be an isolated incident of this particular car, or maybe not. The same workshop already had another Santro of almost similar mileage which was undergoing engine overhaul, too. It is worth noting that the new generation Santro was launched in late 2018, and my car is from early 2019 and was of the very first batches. Considering Covid19 and lockdowns in 2020, I can assume that most Santros are not driven much. As such my Santro with a mileage of 58000 kms may be one of the high mileage ones. And the information that another one is in the same workshop for the same work, will be disturbing news for many Santro owners, to say the least.

Here are some photos: 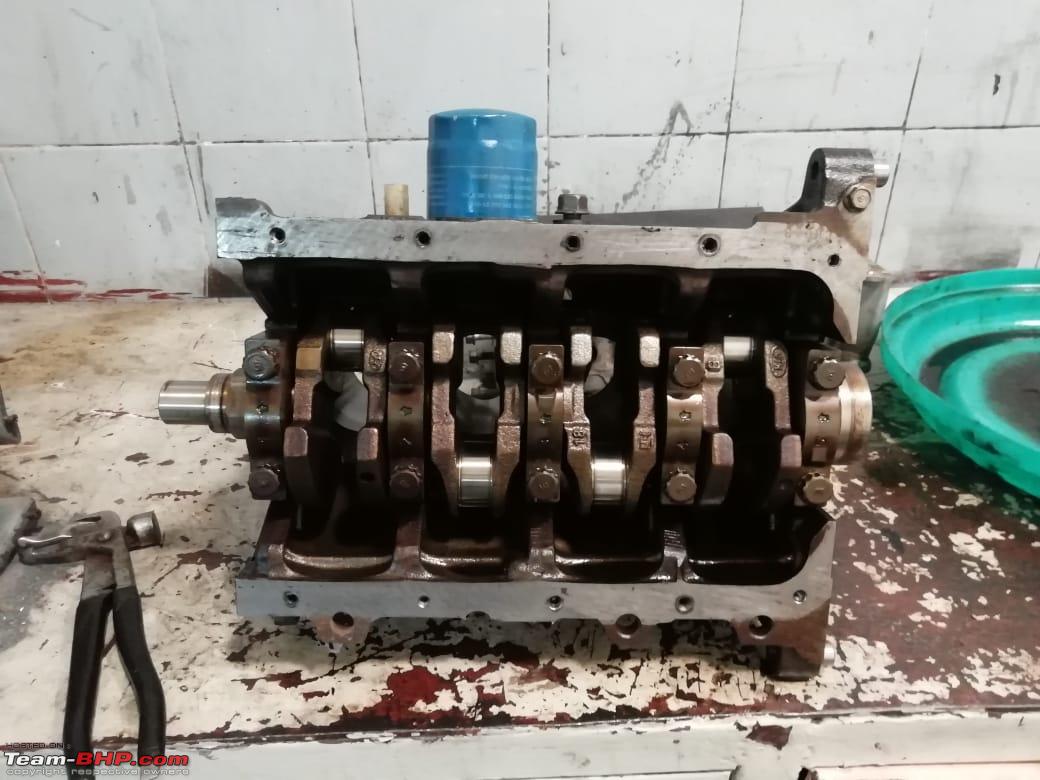 Struggle for the courtesy car: Please note: This post is meant for information only. This post is not intended for defamation of any kind to any party. Also, I am not a technical person, so my words may not be 100% accurate.

Update: Engine assembled and mounted. I took a small test drive, and I found it to be smooth and without any unwanted sounds. The torque seemed normal. Some vibrations were there, though not excessive.

The workshop has informed us that it will take a few more days to get approval from Hyundai for the handover. Meanwhile, anything that I should watch out for? 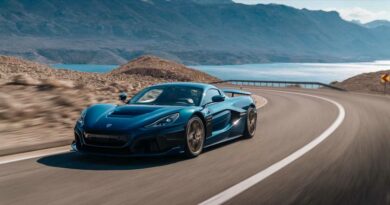