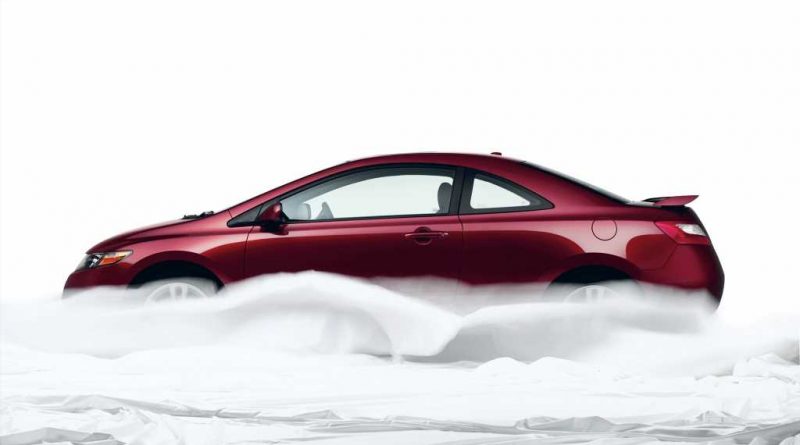 Our photographers had zoomed in on our 2006 Car of the Year winner before we’d even voted. “When you drivers passed our photo locations on the test route,” said one, “depending on the car, some of you were visibly pushing harder than others. But every single time the Civic Si came toward us, no matter who was driving it, we’d hear the engine screaming at the redline, the tires yowling for grip, and then the Honda would flash by, the driver grinning like Cameron Diaz on payday. We got it all on film.”

It’s true: At the flamboyant wheel of Honda’s brand-new bottle rocket, we dropped our professional poker faces, lost our journalistic composure. An 8,000-rpm redline, a light-switch six-speed, and Terrell Owens moves will do that to you. But this new Honda is more than just one great performance bargain. The 2006 Civic lineup encompasses four new models: the sizzling Si, the sleek coupe, the elegant sedan, and the 50-mpg Hybrid. Each one is a winner. When we sat down to vote, it wasn’t even close: out of 12 judges, 11 voted Civic.

Forget what you think you know about this Honda. The outgoing 2005 Civic was a quality automobile—well crafted, capable, a strong value—but it didn’t tingle the fingertips, never moved the “gee!” meter. The new 2006 Civic does. Honda deserves a standing ovation for not playing it safe again, for crafting a compact car that’s edgier and more soulful than it needs to be. The automotive joy that Honda Motor Company was founded on radiates from these new Civics.

In picking a winner, we look for significance, superiority, and value. Significance? The Civic has been the best-selling retail compact car in the United States for the past nine years. Honda expects sales of the new model to be even stronger, with well over 300,000 units planned for 2006. Value? A base Civic DX coupe starts at just $14,910 and even fully loaded Civics hover in the low 20s. Superiority? Read on…

Like Floyd Mayweather, It’s Lean but Packs a Punch
The Si’s new twin-cam 2.0-liter four produces 197 hp (a 23-percent increase over the old Si) at 7,800 rpm and 139 lb-ft of torque (up by five percent) at 6,200. The engine uses Honda’s electronically controlled i-VTEC system with Variable Timing Control, which continuously adjusts valve timing, lift, and duration on the intake and exhaust valves—boosting power and fuel efficiency.

Doesn’t Waste Ponies
The Si comes standard with a helical limited-slip differential (LSD). Power into a hard turn and the LSD transmits more torque to the loaded outside front wheel, which has more grip. Translation: The Si doesn’t waste power (or rubber) burning up the inside front tire.

The Joy of Six

The Si’s one and only transmission is a fabulous short-throw six-speed manual with a low final-drive ratio for improved acceleration. The gear ratios are brilliantly matched to the powerband, too. Upshift at the redline, for instance, and the revs drop to 6000 rpm, right where the i-VTEC system shifts the cams for high-rpm mode.

Hard To Catch
Let the i-VTEC engine rip, and the Si zooms to 60 mph in just 6.7 seconds. Handling is even more compelling. Compared with the standard coupe, the Si gets higher spring rates, tauter damping, bigger anti-roll bars, and 17-inch wheels and tires. There’s 0.9 g of lateral grip on tap (that’s Corvette territory)—in hard corners, the Si tries to wring your head off your neck. In our slalom test, the Si outran every car in the competition except the BMW 330i, which costs about $20,000 more.

That’s Not a Windshield—It’s a Fighter-Jet Canopy
At an angle of 21.9 degrees, the Si’s front glass rakes back even faster than the windshield in the Acura NSX (23.9 degrees). Rivals look positively blunt by comparison.

Holy Spokes: It’s a Monster
Is it just us, or does the Si’s bizarrely contoured steering wheel—with its built-in radio controls and perforated center spoke—somehow remind you of the mask in Scream? Just try to name a steering wheel with more character.

“Si” Is Practically A Synonym for “Value”
Honda predicts a base sticker of about $20,000 for the Civic Si (navigation and satellite radio add $1,750). If that doesn’t seem like a steal, consider this: The toupee Sean Connery wore in The Hunt for Red October also cost $20,000.

A Cockpit From Star Trek—and It Works
The Si’s spacey dash is such a riot of swoops and curves, it’s momentarily startling—this is a Honda? Get down to the business of spirited driving, though, and the cabin suddenly seems custom-tailored. The only gauge in the center binnacle is a big analog tachometer. Up above—right where your eyes look for it—is a large, easy-to-read digital speedo, flanked by bar readouts for engine temp and fuel level. The simple audio and climate controls jut out toward your right hand. The view over the drop-away nose is electrifying. Think Honda has gone too far? Bet you put a priority on sturdy shoes, right?

A Feast for Tuners
The Si makes damn near 100 naturally aspirated horsepower per liter straight out of the box. It’s already a tuner car. Can you imagine how hot these things are gonna be once the Fast and Furious crowd starts bolting on performance bits?

Looks Like the Concept Car
We’ve seen the sketches of future Honda models before. And then we’ve seen the production versions, which often seem so staid in comparison it’s as if the Feds did the finish-work. Not this Si. Look at that wild body. Now look again. Everybody else does.

Sits Well
The front seats rock—they’re deeply bolstered, fabric-covered sport jobs with suede side inserts to help hold you in place. They also offer a full two inches of vertical adjustment. For shorter rides, a six-footer can comfortably sit in the back behind a six-foot driver.

It’s All in the Details
The power windows open and close with one touch. So does the moonroof. The rear floor is flat for enhanced foot comfort. An ambient light above the driver casts a soft cabin glow that matches the red of the tachometer. The stereo offers speed-sensitive volume control and displays CD text; it also can be programmed to display a personalized welcome screen.

The Sound of Suzuka
Find a tunnel or a road with a nearby wall. Roll down the Si’s windows. Stand on the gas ’til the tach needle swings past 6,000. Listen to that.

Why We Love the 2006 Honda Civic Hybrid

Crying Over Gas Prices Is Over
Drive it on the highway, drive it in the city, the Civic Hybrid delivers an estimated EPA fuel economy of 50 mpg. That’s even better than its smaller, less powerful, and far less stylish Civic Hybrid predecessor, which delivered 47/48 city/highway mpg. Also, Honda says real-world economy should be far closer to EPA estimates than with rival hybrid cars.

It’s Not a Penalty Box
Honda’s fourth-generation “integrated motor assist” hybrid is the company’s most powerful and fuel-efficient to date. Combining a 1.3-liter i-VTEC four-cylinder engine with a 15-kW DC brushless motor and a continuously variable transmission, the hybrid powertrain delivers 110 hp at 6,000 rpm and 123 lb-ft of torque at just 2,500.

They’ve Improved Everything
Compared with the outgoing model, a new internal permanent magnet in the 2006 Hybrid’s DC motor produces 80 percent more torque and 50 percent more power in the same space. The nickel-metal-hydride battery packs are smaller yet store more power (158 volts versus 144). A new cooperative regenerative braking system uses the electric motor as much as possible to help with braking, freeing up the conventional hydraulic brakes to extract 170 percent more of the vehicle’s kinetic energy when stopping.

In all 2006 Civic models, Honda has reduced the use of toxic PVC and Bromine materials. All Civics also feature “pedestrian-friendly” collapsible hood and fender areas.

Why We Love the Civic Coupe and Sedan

The Eyes Have It
The Civic has such a well-earned reputation for quality and economy, Honda could’ve produced another relentlessly sensible version and still sold ’em like U2 tickets. But the company aimed much higher. These new Civics are rolling artwork. Look at those rakish rooflines, the luscious flow of metal, the way the tires fill the wheel wells (Honda claims the narrowest tire-to-body gaps in the class).

They’re Different
For the first time ever, the Civic coupe and sedan ride on unique wheelbases. The coupe’s is 1.2 inches longer than last year; the sedan’s grows by a full 3.2 inches. Both body styles are nearly an inch and a half wider than their predecessors’—the Civic sedan is now as big as an old Accord. The new coupe is actually 0.6 inch shorter in length and 1.4 inches lower in height than the 2005 car.

Go Ahead: Drive Hard
Don’t be fooled by the Civic’s economy-car roots. The 2006 model hasn’t forgotten enthusiasts. Underneath is an all-new suspension—a revised strut design at the front and what Honda calls a “multilink double wishbone” at the rear. The coupe gets stiffer springs and shocks than the four-door, but even the EX sedan circles the skidpad at 0.82 g. Some sport sedans don’t handle this well.

First-Class All the Way
The available navigation display—the first in a Civic—isn’t a low-rent unit; it’s a beauteous, 6.5-inch color touchscreen. A tilt and telescoping steering wheel is standard on all models. The available automatic gearbox is an electronically controlled five-speed unit. The standard ABS is a premium four-channel system. Every Civic gets a “drive-by-wire” throttle to optimize engine response in all driving conditions. And the audio system includes an auxiliary jack for an iPod or other MP3 player.

More Power to Ya
The Civic coupe and sedan get a single-cam 1.8-liter four that utilizes a new version of Honda’s i-VTEC system to produce 140 hp (up 13 from the old EX) and 128 lb-ft of torque (14 more than the 2005 EX), while also improving emissions from ULEV-1 standards to the stricter ULEV-2 in all 50 states. Despite its increases in body size, the Civic’s fuel economy is an impressive 30/40 city/highway mpg with the automatic.

They Even Tuned the “Thunk” of the Doors
Honda says body rigidity is up 35 percent compared with the previous model and claims the 2006 Civic is the quietest ever. Engineers also created a special “bumping door seal” that transmits an expensive-sounding vibration through the door when it’s closed.

You Can Afford One
The base Civic DX coupe—with ABS, six airbags, a tilt and telescoping steering wheel, 140-horse engine, and power windows—starts at just $14,910. Even a fully-loaded EX sedan, with satellite navigation, satellite radio, and automatic transmission, costs just $21,110.

“Wow! This is the most highly styled Civic I’ve ever seen. Maybe the most styled dash since the NSX.”

“Feels like a car in an entirely different class.”

“There’s a velvety fluidity to this car’s every move that sets it apart.”

Makes you think maybe the fuel-crisis era might be tolerable.”

“Honda has brought many near-luxury tangibles to the affordable compact segment.”

“Easiest speedo on the market to read. Perfect for the Gran Turismo generation.”

“On the Si, I love the rev-limiter warning that flashes alongside the digital speedo. Cool.”

This article originally published on January 30, 2006. 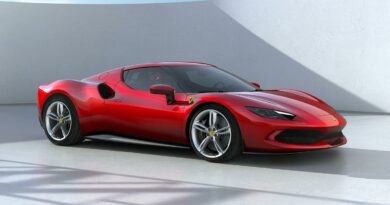 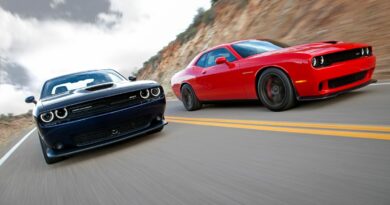 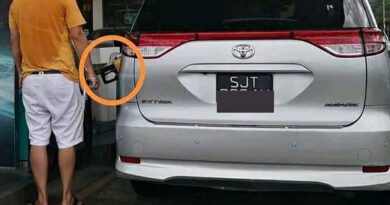