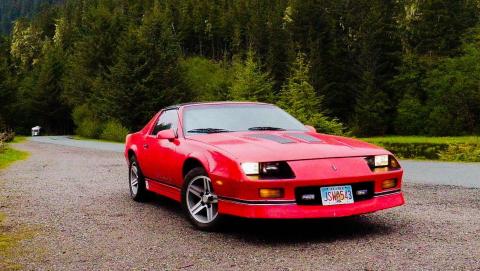 I’ve never been much of a Chevy guy (I prefer old Pontiacs) but the IROC-Z was the top-of-the-line for the Camaro & so I couldn’t resist.

BHPian AKTransAM recently shared this with other enthusiasts.

Now that it’s cold, dark, and snowy, I’m thinking of fun past projects. I’ve been through a few fun cars, and the only one that will always stay, is my 1977 Firebird Trans-Am. Anyways, this Camaro was one I picked up in an auction. I’d always wanted to get back to a 3rd generation F-body (1982-1992), since my first car was a 1988 Firebird. This 1987 Camaro IROC-Z28 showed up in a storage unit auction, and I won the auction.

I’ve never been much of a Chevy guy (I prefer old Pontiacs), but the IROC-Z was the top of the line for the Camaro, with suspension upgrades, handling package, and so on. So I couldn’t resist. We couldn’t inspect the car prior to the auction, but based on the photographs I took a chance. It didn’t run at the time, but we didn’t know what the issues were yet. It looked pretty complete.

After I won the auction, my friends and I spent the weekend at the storage unit (we had the weekend in there before I had to get the car out) trying to figure out the issues and get it to run. After a day of troubleshooting, we figured out that the electric in-tank fuel pump was dead. Since that wasn’t something we could get done there (the tank has to be dropped after dropping the rear live axle), I had it towed to my apartment parking lot, where it sat for the winter.

Once the winter ended, I was able to tow it to a friend’s garage, where we were able to use his lift. We figured since we had it up on the lift, we might as well change out the entire exhaust system since it was rusted out. And of course, the usual plugs, wires, distributor etc. The car had T-Tops, which was a big plus for the fun and cool factor, but the seals were all useless, which is pretty bad when you live in a temperate rainforest-basically the entire car leaked all over. So I changed out the seals as well.

The engine was unfortunately the basic gutless Chevy 5.0 liter, and it was an auto, but it was still fun. I ended up selling it last year. I’m not an electrical guy, and the old GM relays and wiring were driving me nuts (this was a fuel-injected ECM-driven system). I’d still pick up another 3rd Gen, but I’d make sure it was an 86 and back carbureted system.

Here are some pics of the car. The 1st 3 pics are in the storage unit when we first inspected it after the auction. 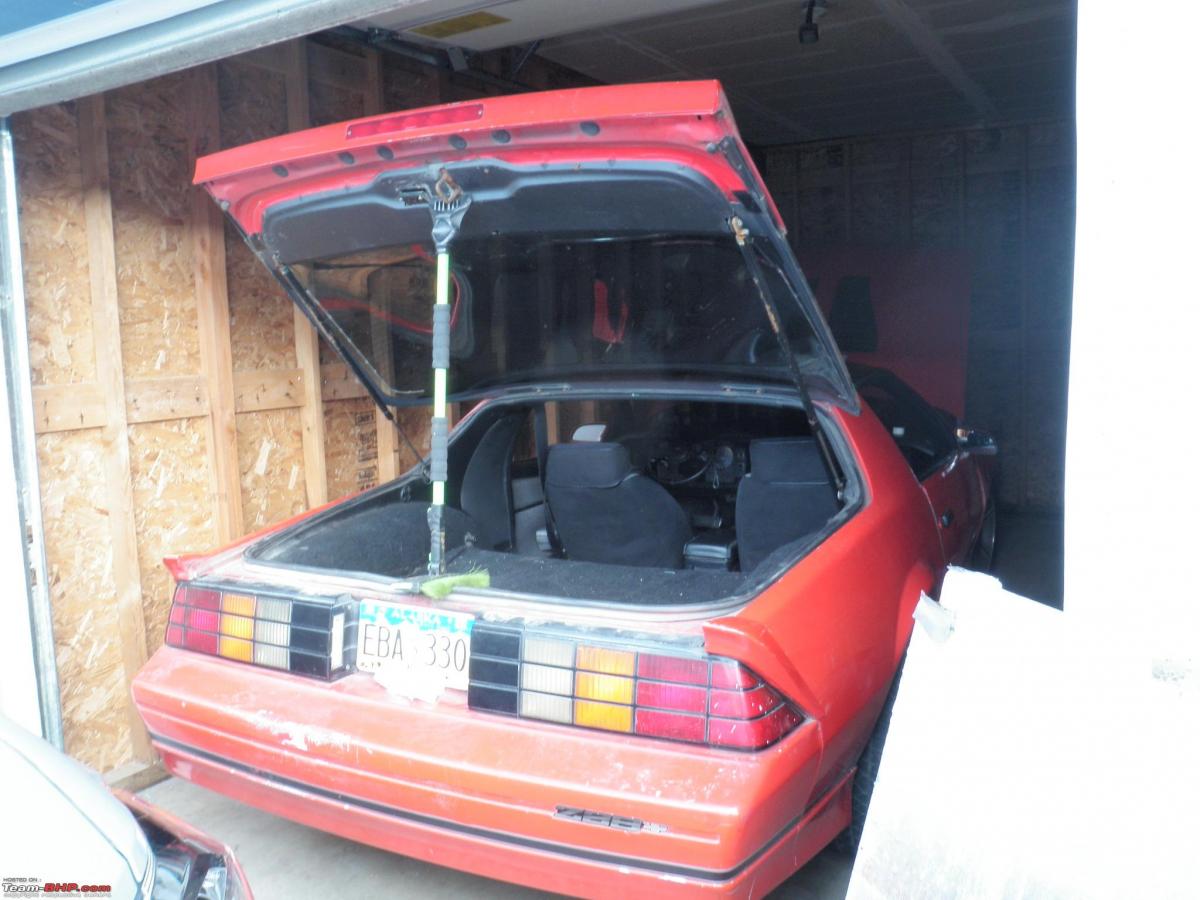 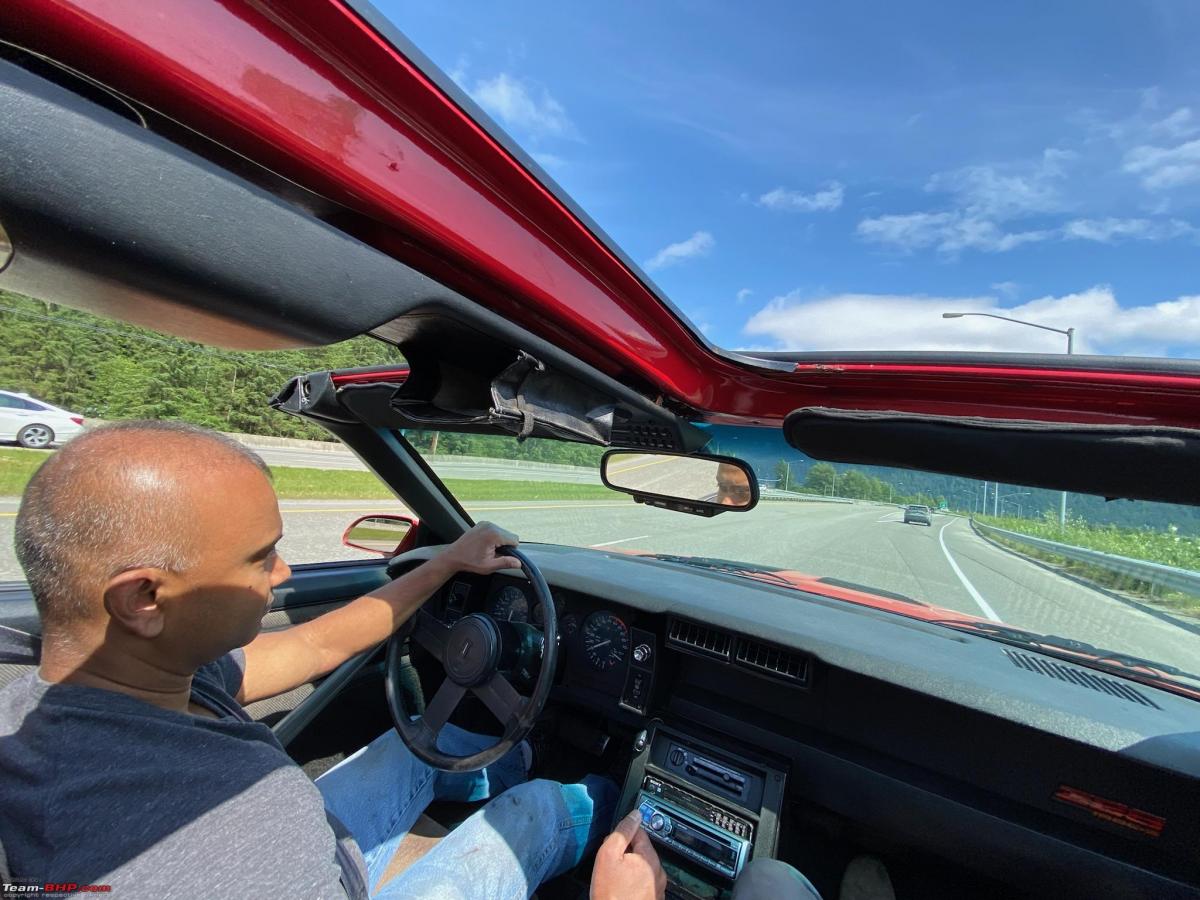 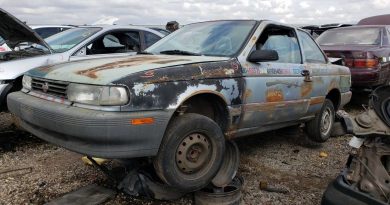 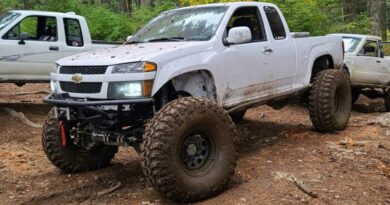