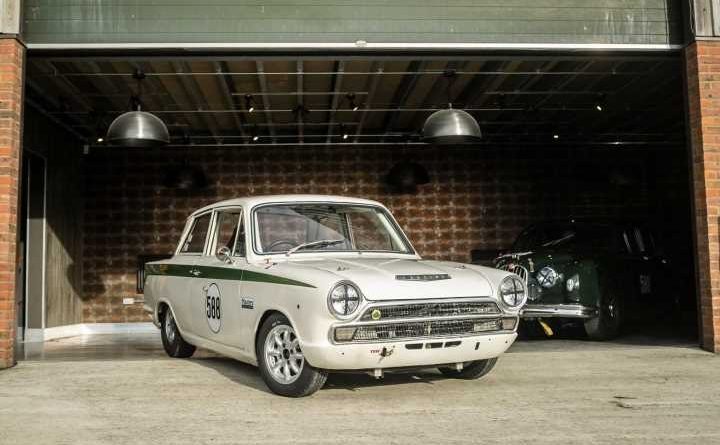 We go all giddy over Colin Chapman's homologated saloon

For someone who spent much of their summer cycling around Crystal Palace park in an attempt to emulate the former racing lines of Jim Clark, the chance to drive a genuine Mk1 Lotus Cortina racer is a real pinch yourself moment. The still regularly active 1965 saloon you see here first competed in the sixties, meaning it’s exactly like the machine that Clark would have raced in the British Saloon Car Championship, where that famed swinging technique ensured Colin Chapman’s creation would always be the one to beat. Just walking up to this genuine Ermine White and Sherwood Green beauty is enough to make me light headed. Either that, or it’s the unburnt fuel which follows it around everywhere.

DM Historic’s Cortina isn’t a race car turned garage queen. Far from it. This is a routinely used machine with the battle scars to prove it, including scratches on the door and a small section of missing paint on the rear wing from an on-track ‘kiss’ at the end of the last season. It’s said to be mechanically solid, with the twin-cam, twin Weber 1.6-litre engine running sweetly thanks to a recent rebuild, and the whole car has received a well-deserved once over. It looks every bit as pretty as Clark’s three-wheeling ’64 BSCC title winner; the fact there’s authentic racing history packed into this car’s all-original bodyshell, starting with its competition debut down under, makes it all the more special.

The build date confirms that the Cortina rolled out of Chapman’s factory (literally – via the first-floor ramp that still stands to this day) on Delamare Road two years into the Lotus Cortina’s production run. You may already know the backstory; Mike Costin, who went on to co-found Cosworth, led the engine development team that used a bored-out Kent block to fit into Ford’s British-produced saloon body, before it was comprehensively Lotusified with firmed-up front suspension and Chapman’s in-house-developed A-frame rear. Despite its humble beginnings, the resulting 160hp-producing (at over 7,500rpm!) racing Cortina was a force to be reckoned with on tracks the world over.

This example’s story began in Australia, where it competed at the hands of Roger Anderson, New Zealand’s 1967 Saloon Car Championship champion, no less. We’re not able to track down the car’s exact results, but given that it remained in competition through the decades – it was used in Japan, the US, Sweden and then Holland through to 1995 – no doubt it’s enjoyed many special moments. Certainly, it’s earned those green stripes, the car’s Dutch years included entry into the tough, 2,500km-long Tulpenrallye rally. Plus, it’s had FIA historic paperwork since 1990, with the most recent documents, the international Historic Technical Passport, valid until the end of 2030. So it’s not done yet.

That’s clear enough from the scent of racing oil that GYU 577C gives off, as it stands in the circuit specification it was put back to upon returning to Britain in 1999. You can just imagine Clark getting his pre-race buzz off the smell of fresh Castrol XL, which would have been no less pungent inside the stripped-back cabin of Lotus’s competition two-door because the Scotsman wore an open-faced helmet. Our drive is restricted to the lanes surrounding DM Historic’s HQ, so we’re free to go without a lid and fully soak up the scents, sounds and vibrations of his favourite tin top. All amplify tenfold when the fuel pump and ignition are clicked on and you press the starter button.

577C has seen action this year, so rather than needing to be coaxed into life, it’s only a few turns of the crank and a prod of throttle before the twin-cam motor grunts awake. It projects a familiar Weber growl, but with the volume much, much higher than road-going vintage Lotuses thanks to the exposed trumpets that protrude off each carb. The single pipe that pokes out at the back has a raspy, almost zingy tone, which builds in volume progressively as you open the throttle. There are no exhaust modes or valves here, just unadulterated four-cylinder heavy metal. Once the oil’s warm the engine ticks over without help, the firing of its pistons vibrating through the structure, one-piece Tillet seat and your torso.

Inside, it’s as bare-boned as you’d expect, with only the top-half of the original vinyl dash remaining, and a rev counter angled a few degrees off centre so 8,000rpm is displayed nearer the top. Telling. There’s a fire extinguisher where the left-rear passenger footwell would be, and a full roll cage and prominent red device in place of the glove box. This is the MSD Digital 6AL ignition system that provides the motor with a computer-controlled rev limiter, something that ought to give peace of mind to anyone concerned about missing gears with the thin, wood-tipped lever that protrudes out of a remote connected directly to the transmission. The lever’s a hand span away from the small diameter racing wheel, which sits above a trio of pedals that are slightly wider than the Cortina’s originals.

Like the exterior, the cabin is best described as used, which is to say that it’s in good shape but not spotless. As it should be. It’s pretty comfortable, and operating the Cortina at low speed isn’t as demanding as you might expect. The motor isn’t spiky and the clutch is progressive, so you can gradually build the power and gauge what slippage is needed to make a steady getaway. But presumably thanks to the inability of those race carbs to restrict their fuel flow at low revs, you need to give it some welly to ensure the motor doesn’t bog down. 3,000rpm is about where you want to be once crawling, which emphasises that this is a racing machine through and through, despite what the numberplate suggests.

That’s re-affirmed by the way the Cortina bobs and bounces over DM’s surrounding roads. It’s firm but not crashy. In contrast, the steering box-controlled front end doesn’t feel particularly tight in its reactions to the position of your palms. Not until the speed’s up, anyway. You need to increase the loading on the front axle before the steering goes from vague to communicative; it’s not like there’s masses of weight to help make you more accurate, either. The circa 800kg Lotus doesn’t ask for much input effort, but the steering ratio is fairly slow. It’s immediately clear why big, see-sawing hand inputs worked so well for Clark; it wasn’t just his style, but also the most effective way to work with the Cortina’s crude steering hardware. Like all great racing cars, with more speed comes greater fluidity.

The racing Dunlops fitted to the Cortina’s Minilites aren’t particularly aggressive by modern day standards, because historic regulations dictate that they must work in all weathers. Although it’s probably fair to say that chilly British B-road tarmac isn’t their natural habitat, hence the need for only a small portion of the motor’s 160hp to get the rears over-rotated. The Cortina wiggles its backside under anything more than a tickle of the throttle, signalling the level of adjustability on offer from its 2,490mm wheelbase, and asking for those exaggerated turns of the wheel to bring it back into line. There is a torrent of feedback to work with through the controls and chassis, but you don’t half need your wits about you – even at road speed. Not least because once those rears are hooked up, the Cortina charges through the lanes.

The motor’s frenzied hunger for revs is matched perfectly by the twin-cam intake growl and raspy exhaust note, which resonates through the cabin in tandem with gearbox whine, only to be broken for half a second as you click-clack the lever into the next of four, straight-cut speeds. Like the steering, the shift action feels loose and disconnected until you’re on it, then each slot is tight and positively mechanical. Every component of this car begs to be worked, but also managed. You rev the motor and fling the car about to recreate those famous Clark drift angles, but remain fully aware of the consequences should too much power or steering correction be applied. This means you dance between the Lotus’s limits, the process becoming more natural the faster you go.  I climbed out of the Cortina slightly giddy – and not just because the flow of vent-supplied fresh air was replaced with escaping hydrocarbons again.

To round off the kid-in-a-sweet-shop day, I also had a quick blat in an equally gorgeous (perhaps even more so) Jaguar 3.4, better known these days as the Mk1. The car is also a fully-fledged racer and a regular competitor at Goodwood historic events. In fact, it was the polesitter for the 2002 St Mary's Trophy, and has been driven twice by three-time British Touring Car Champion, Win Percy. The 1959 Mk1’s FIA Historical Passport remains valid for another six years, so like the Lotus, it’s ready to rock and roll. It asks only for a quick flick of fuel pump and ignition switches, tightening of harnesses and press of starter before that straight-six barks awake.

This car’s interior is still mostly present, so it contrasts spotless British Racing Green paintwork with a darkwood dash and deep red leathers. It’s a wonderful mix of tradition and motorsport, with the back bench in place behind a roll cage, a bucket seat and vacant front passenger space, now used to hold the fire extinguisher. The car – which was converted to race spec in 1990 – even feels more road worthy, not asking for so many revs to pull away smoothly and feeling a little more pressed into the ground, presumably thanks to the stripped-out Jag’s near 1.3-tonne weight. You feel that mass in the steering, which is enormously heavy at low speed, and the way the Jag’s suspension can be felt compressing as those knock-on wire wheels tread over bumps.

It doesn’t half get a move on, though, with a Rob Beere-rebuilt inline six producing an estimated 300hp at its peak and the body flowing over cambers with less compliance than expected. Predictably the whole package feels less darty and more muscular than the Lotus, so it’s easy to see why drivers of these old Jags spend most of their time encouraging on-throttle slides with fewer instructions for the front wheels. It’s a totally different driving experience, with the drivetrain feeling more clunky and thumpy, the mechanicals under the bonnet projecting an orchestra and the chassis more progressive in its motions. If only we had Goodwood Circuit ahead of that curvaceous nose to put these early impressions to the test at an appropriate speed.

Alas, both of cars are currently up for sale, so it’s not the time for a plucky journalist to wring their necks. That’s the job of their next custodians. The Lotus and Jag are each up for an identical £85,000, which is slightly specced-up 992 Carrera money. Sure, that doesn’t account for the running costs that race-grade machinery inevitably requires, nor does it include the four-figure race fees and potential repair costs that are associated with classic racers. DM said some customers have enquired about the possibility of de-tuning these cars so they’re more usable on the road, but to me that would be sacrilege. They’re living, breathing examples of a golden bygone era of motorsport. And they smell absolutely lovely. In the final decade of new petrol and diesel car sales, that seems all the more significant. 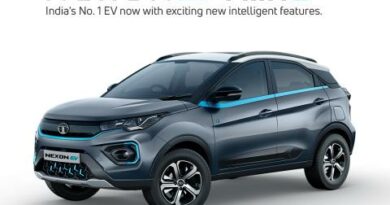 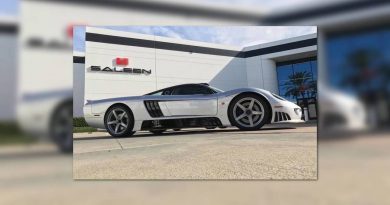 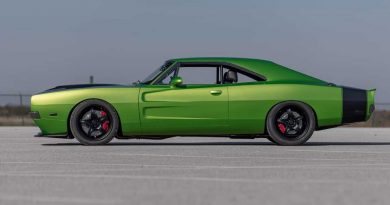