The petrol engine managed to deliver around 9-10 kml mileage in the city and 14-15 kml on the highway.

BHPian Shrey1230 recently shared this with other enthusiasts.

After going through the forum and following this thread since its inception, I found that very less coverage was available for the 6 seater variant and even lesser for the petrol version. Since I happen to own the unicorn i.e. the 6 Seater Petrol version, I felt it is for the best that I put in my 2 cents about this amazing vehicle.

The car has done about 1400 KMs and with one service done at the time of writing this. I feel I have garnered enough information/quirks about this car for me to pass it on to all future/current owners.

Things that could have been better

Things I hate and niggles found Much like most of us on this thread I also booked mine on 30th July, although I was already given a heads up by the dealer to put in a booking from my end as they were already expecting a lot of bookings and chances of mine getting price protection was more if I did it myself and I’m so glad they were right as from the ~200 bookings they made from their end none got price protection. Whereas initially I too did not get in the introductory batch but was soon shifted to one after the reshuffling of bookings on the 2nd of August.

After test driving all the variants and all the gearboxes, I zeroed in on the petrol version because of my limited run and the refinement and ease of use (no DEF issues) of BS6 petrol engines compared to its diesel counterparts. The M-Stallion has truly been delivering amazing performance with solid economy to make me happy about my decision everytime I step up into the vehicle. The low end torque is quite well managed but the sweet spot is between 1700-2000 RPM and after about 2200 RPM it gives you the brute power you’ll enjoy and even after being a petrol mill one has to drive it like a diesel, as the gearing ratios and redlines are quite short. Which makes driving more intuitive or tedious depending on one’s liking as they will find themselves shifting gears a lot. But in my case I prefer that over the autobox. I personally feel like the block offered has the potential to easily churn 250+ BHP figures in its future iterations and knowing M&M they just might do it in the coming years.

Although this was my first Mahindra vehicle, I was quite familiar with M&M’s workshop ethics way back from the humble Bolero days as I grew up & around visiting a Mahindra Auth. Service Station which is owned by a close family friend for more than the past 20 years. And even the workshop owned by the dealer from where I bought the car from has shown impeccable support and friendliness towards me during any case be it my seat replacement or any niggles or issues that I pointed out to them. The mechanics are also very well trained and were always helpful enough to explain any query asked to them. All in all really good experience so far with the service.

Impressions After One Month of Usage

The vehicle offers amazing comfort over bad patches and due to the FDD and robust suspension setup it glides over broken roads. And contrary to common opinion, I actually prefer the R17’s more than the R18’s as they offer a much superior ride quality compared to the latter. The ergonomics are also quite well, with everything placed where it should and due to the new damping material used on the front doors and the over all excellent insulation, the NVH is quite controlled, so full marks on that too.

Mahindra has always been known for its robust HVAC units and the AC unit in the Scorpio N is no exception, it cools down the cabin after sitting in direct sun during 33°C temperatures within 2 minutes and that too in a black car which is quite impressive.

The seats are quite well designed and hold you in quite well, the rear captain chairs also offer really good comfort and is wide enough to accommodate people of all sizes and heights, although slide function in the middle row would’ve been appreciated but, I knew what I was getting into before buying so it’s all well.

Although Mahindra claims that it is the same unit from the 700, I still feel like it lacks behind it, maybe that is due to the extra cabin space compared to the 700. But still when seen as a stand-alone setup it sounds really well, specially the 3D Sound setup. Although I’m eagerly waiting for Apple CarPlay to arrive as going back to Bluetooth from CarPlay is quite infuriating.

I hope this review would help ease any confusion or second thoughts anyone might be having especially who are waiting for their petrol Scorpio N or planning to book one. It’s an amazing piece of machinery, and as they say no vehicle is perfect, but I assure every time you climb into this SUV and drive it, it’ll put a wide bright smile on your face.

Signing off with a couple of pictures of my Scorpio N. 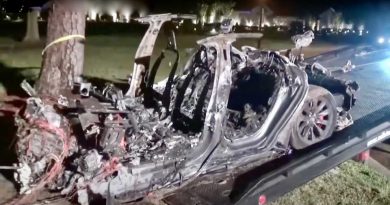 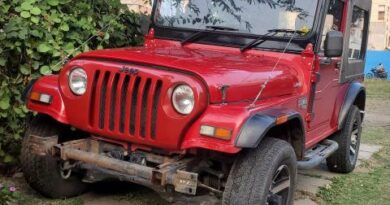 Love my old Mahindra Thar but I’m moving abroad: What to do with it? 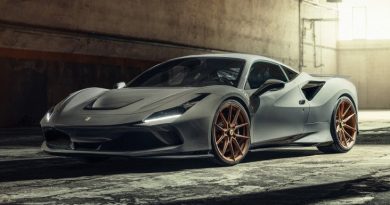