Home » Electric Cars » Track Drifting Model 3 On Space Saver Tires: Someone Had To Do It 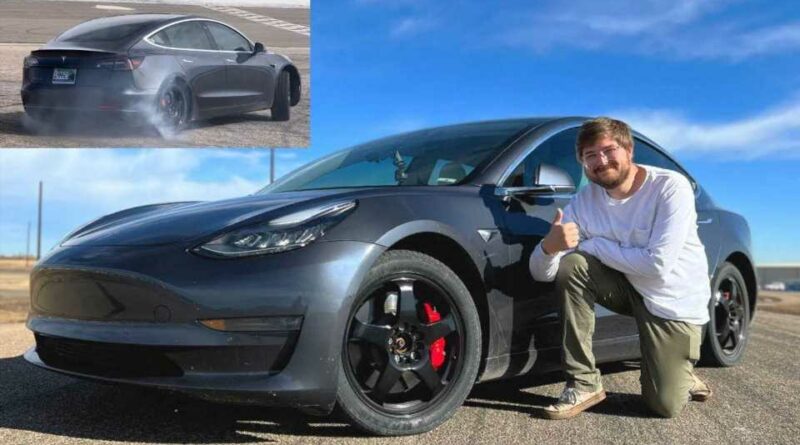 One can never exaggerate the importance of good tires on a car. As the only component that keeps a vehicle in direct contact with the road surface, it is critical for safety, performance and fuel economy.

All this is even more true when it comes to EVs because battery-powered cars carry more weight than internal combustion engine vehicles and deliver peak torque instantly, so the tire must be capable to withstand increased stress.

That said, we always like to see wild automotive experiments and that’s exactly what Kyle Conner has in store for us with this video posted on the Out of Spec Reviews channel.

Using his 2019 Tesla Model 3 Performance, Kyle wanted to test space saver spare tires to see how well they would hold up during some dynamic driving. Mind you, he replaced not one but all four stock tires with tires kits from Modern Spare.

The unusual test happened on a track to keep things on the safe side, but that also meant that things were kept on the fun side. A lot, actually.

Kyle and the crew were really surprised by the traction offered by the 135 section tires, with the acceleration feeling almost the same as when using the factory tires. Under braking, however, the Model 3 Performance did not feel as safe as with the stock rubber.

After the initial shakedown, he drove one lap of the one-mile track with the stock tires, followed by another lap with the space saver tires to assess the difference in performance. Shod with the tiny tires, the Tesla was only 5 seconds a lap slower around the circuit, which is quite impressive given that these spare tires were never designed for high-speed, high-stress track use.

While narrow tires like these are not designed for performance, they do allow the driver to initiate drifts at lower speeds compared to the stock rubber. Sustaining the drifts and keeping the Tesla balanced during the slides is another story, but Kyle managed to do about two miles of drifting in Track mode before the tires started to pop.

It took some commitment on Kyle’s part, though, as the spare tires only started to give up after repeated abuse consisting of multiple figure eights and donuts. 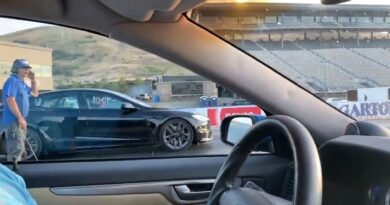 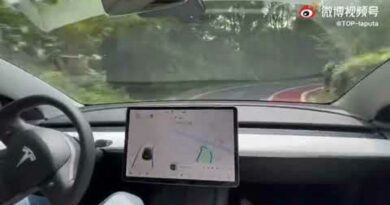 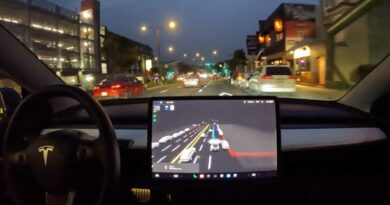