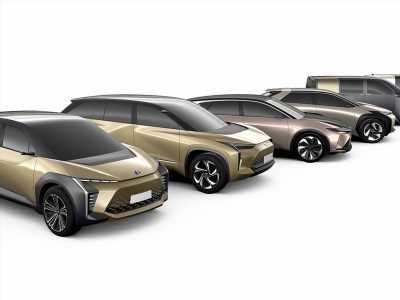 Toyota presented a number of concepts study models last week to coincide with the roll-out of its electrification strategy.

If it feels like Toyota has been lagging behind on electric cars — perhaps while being distracted with developing and fielding a hydrogen fuel cell sedan in tiny numbers — you’re not the only one with this impression. But the Japanese automaker intends to do something about that.

Toyota now plans to have electrified vehicles — hybrids, plug-in hybrids and pure EVs — account for half of its global sales volume by 2025, moving up the target by five years from an earlier goal of 2030, Automotive News Europe reports. The impetus for such a drastic change in plans is the surge in the adoption of battery electric vehicles, Toyota R&D chief and executive vice president Shigeki Terashi said in an hour-long company presentation broadcast online.

It is estimated that the automaker plans to make approximately 5.5 million EVs, hybrids and plug-in hybrids annually by 2025, again according to Automotive News Europe, with battery-electric vehicles expected to account for just under one-fifth of that number.

Perhaps the biggest surprise of the presentation was Terashi’s announcement that the automaker hopes to unveil a solid-state battery ahead of the 2020 Summer Olympic Games in Tokyo.

The technology, viewed as the Holy Grail of battery tech, has been in development for ages by various manufacturers, but until recently there has not been a light at the end of the tunnel for achieving economically worthwhile performance on an industrial scale. Instead of a heavy half-liquid soup of acids and metals used by lithium-ion batteries present in most, if not all, electric vehicles, solid-state battery designs use lighter polymers to store and discharge electricity. Solid-state batteries promise much lighter and less expensive power storage that does not rely on rare-earth metals and environmentally unfriendly manufacturing processes. But until recently prototypes have not shown enough promise to be scaled up to use in cars. As a result, solid-state battery research has been a race to make solid-state batteries offer significantly higher performance over lithium-ion batteries, as well as a race to make their manufacture economical enough to be scaled up for use in cars.

Toyota shared a number of EV concepts that it intends to put into production, including that of the iRide on the far right.

“If possible, by the time we have the Olympic Games next year, we would like to make sure that a solid-state battery can be unveiled to the public,” Terashi said, hedging the goal slightly.

Terashi’s comments last week were preceded by an announcement by Toyota and Subaru on collaborating on an electric crossover, as well as an electric platform for large and midsize vehicles. Both automakers plan to sell the crossover under their own respective brands, but the platform they plan to develop will underpin a greater variety of large EVs.

“To respond with a sense of speed to the diversifying needs of these markets and to multiple challenges, both Subaru and Toyota believe that it is necessary to pursue a business model that goes beyond convention, crossing over industrial boundaries together with various types of other entities that share their aspirations,” Toyota said in a statement. “As a first step in this direction, the two companies will jointly develop a BEV-dedicated platform. The platform will be developed in a way that will make it broadly applicable to multiple vehicle types, including C-segment-class and D-segment-class sedans and SUVs, as well as to efficient development of derivative vehicle models.”

Beyond plans for a large crossover to be developed with Subaru, Terashi laid out a surprisingly detailed list of the variety of electrified vehicles Toyota plans to produce. These aren’t just promises of far-off products — Toyota plans to field all of these models within a year or two and demonstrated a lineup of clay models previewing the vehicles.

For instance, next year Toyota will unveil a production ultra-compact two-seater for the domestic market, dubbed iRide. (Yes, just like Apple’s product naming convention.) The automaker also plans to produce a leaning i-Road three-wheeler, first previewed earlier this decade, and a battery-electric wheelchair is also in the works, aimed at the Japanese domestic market. The automaker also plans to offer an electric Lexus model in the U.S.

About the only item that has an uncertain future in the long term is Toyota’s existing hydrogen fuel-cell program: neither profit nor any sort of scale are in the cards, and it remains to be seen how much more effort Toyota will be willing to dedicate to the Mirai, initially offered only in certain parts of California. 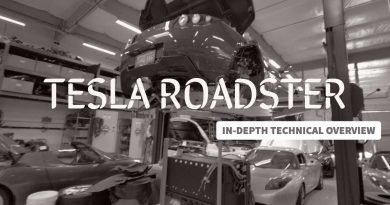 Learn A Lot About The Tesla Roadster In This Video 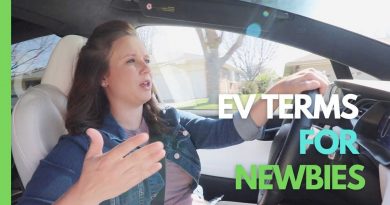 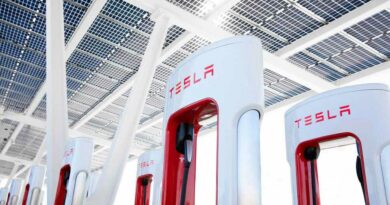