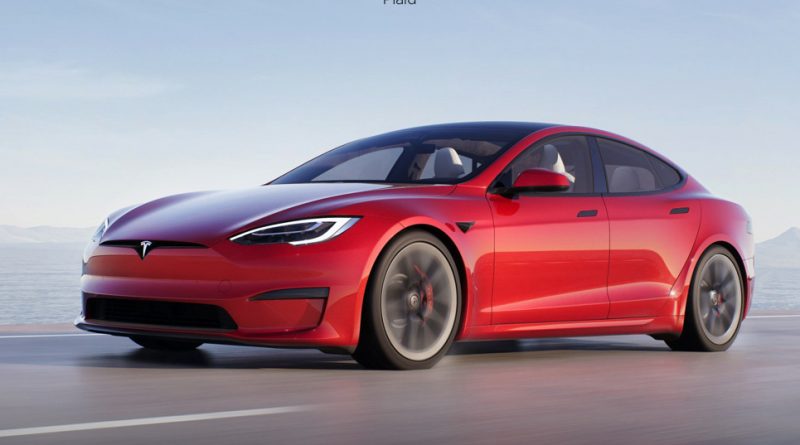 Tesla unveiled the first major refresh of its flagship Model S electric performance sedan on Wednesday. It is not an over-the-air update; the interior gets a major overhaul with an airplane-inspired steering wheel and the powertrain comes with a third motor capable of a 520-mile range and a 0-60 mph time in less than 2.0 seconds, Tesla announced on a quarterly call with shareholders and the media.

Launched for 2012, the Tesla Model S electric sedan supercharged the electric vehicle revolution with an 85-kwh battery pack that provided an EPA-confirmed 265 miles of range. At the time, the Nissan Leaf, which was its main competitor with nationwide availability, had a 73-mile range.

The Model S presaged the reality that blistering performance and high-tech luxury could be packaged in a vehicle with no tailpipe emissions. Tesla juiced performance and range capability with incrementally larger battery packs over the past decade, culminating with a 100-kwh pack capable of shooting the 2020 Model S to 60 mph in just 2.4 seconds.

Now, as traditional automakers play catch-up to Tesla with dozens of electric vehicles coming to market within the next year, Tesla CEO Elon Musk has reset the bar once again.

The latest Model S range improves from a peak of 387 miles of range in the 2020 Model S Performance model to more than 520 miles in the Plaid+ version, but that estimate hasn’t been confirmed by the EPA. Tesla claims the range-topping Plaid+ will have three motors, two on the rear axle and one on the front, generating more than 1,100 hp. That could rocket the Model S to 60 mph in less than 1.99 seconds and a quarter-mile in less than nine seconds, making it the quickest production sedan on the market. Its estimated range of 520 miles makes the Model S the longest-range electric vehicle by a really long shot; the 2021 Ford Mustang Mach-E claims a 305-mile range for its peak.

The Model S Plaid+ costs about three times as much, too, at just below $140,000, and it won’t be available until late 2021. There are two less expensive options for the new model year expected in the first quarter of this year. The American-made electric vehicle maker has been characteristically reluctant to share key details in its newsmakers, such as the battery pack size and even the model year. But a tamer 1,020-hp Plaid model, which itself follows the cheeky naming of hyperspeed modes from the Mel Brook’s spoof masterpiece, “Spaceballs,” has the same “Tri Motor” all-wheel drive setup with a 390-mile range, a 0-60 mph time in 1.99 seconds, and the same 200 mph top speed as the Plaid+. It costs just under $120,000.

The entry-level Model S Long Range is quicker than most other performance sedans out there, for a similar price. For under $80,000, it has a dual-motor setup with one motor on either axle for all-wheel drive that hits 60 mph in 3.1 seconds, and has an estimated 412-mile range and a top speed of 155 mph.

The Model X three-row SUV adopts the same changes as the Long Range and Plaid versions of the Model S.

The most jolting difference in the new Model S might come from inside the cabin, not the propulsion sources that bookend it. Tesla reoriented its large 17-inch touchscreen that serves as a hub for all vehicle functions, from navigation and climate settings to adjusting the side mirrors, from a portrait orientation to a landscape orientation same as in the Model 3 compact sedan.

According to images supplied by Tesla, the Model S and Model X SUV come with a new steering wheel modeled after the yokes used in aircraft control columns, as well as arcade games from the 1980s. The flat bottom curls into two side handles, while the top remains open.

Deliveries of the Long Range and Plaid versions of the Tesla Model S and Model X are planned for March. 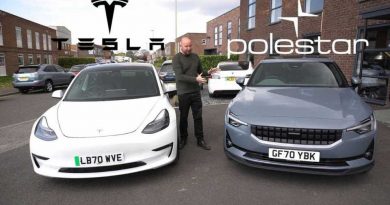 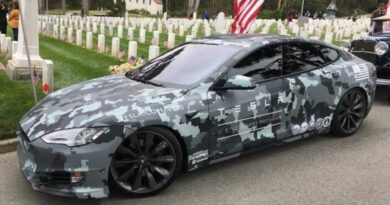 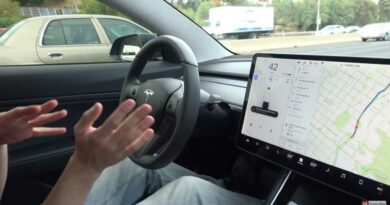 NHTSA To Tesla: Why No Recall For Autopilot Emergency Light Update?