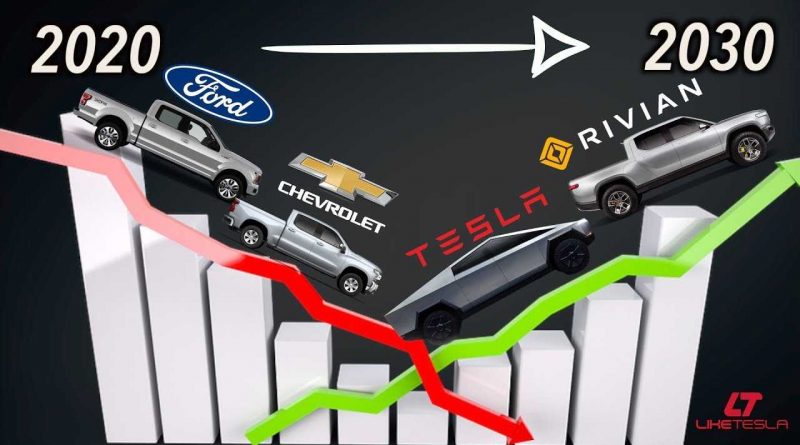 Design cues aside, how does the Cybertruck really compare to current and future pickup trucks?

To say that electric pickup trucks will be instant leaders in the segment would be a huge stretch. There’s a reason OEMs are taking their time here. Kim from Like Tesla is honest to admit that it’s going to be a long time before the transition plays out.

With that said, Tesla already clearly tops the EV market on a global level, and if any company is going to make waves, it’s arguable (if not almost certain) that it’s going to be the Silicon Valley automaker.

Coverage of the Tesla Cybertruck hasn’t let up even in the slightest since the all-electric behemoth’s official debut, which happened three weeks ago. Why is this “ugly” and “polarizing” Tesla vehicle, which many say will never make it to market, generating such incredible interest?

Kim argues that the Cybertruck may change the auto industry as we know it. More specifically, this Tesla truck, with its head-turning design and otherworldly specs seems poised to lead the transition.

Kim made a nice chart so that we can more easily compare the Tesla Cybertruck to not only the current segment leader but also upcoming all-electric pickup truck competitors:

Take some time to watch the brief video above and read Kim’s details below. Then, we’d love to know your take on the Tesla Cybertruck, as well as that of the future of the segment. Will Tesla’s impact be as monumental as some are suggesting? Once the shock and “newness” wears off, will the Cybertruck sort of fade away like the Tesla Semi and next-gen Roadster?

Did Tesla Alter the Landscape Forever? A Pickup Truck Off!

Right now, the Ford F150 has been a clear leader in this space for a while and electric trucks are just about enter that market.

I will say, I don’t think they’ll be a clear leader in the truck space in about 10 years – like we see today with the F150, but I do want to hear what you guys think after seeing the competition laid out side by side. I’ve never owned a truck before, so i am especially interested in hearing from those who’ve owned a truck before.

We know when it comes to EV’s, that Tesla has been sitting at the top of the EV market pretty much by themselves for a long time no. but the Cybertruck might actually end up having more competition than any other vehicle Tesla has ever built to date.
I think this might be partly be why Tesla chose to go with such an extreme route in the of design of this vehicle with kind of a win or go home mentality.
We’ve chosen the Rivian R1T, the Bollinger B2 and the Ford F150 as the best competitors to the Tesla Cybertruck. Of course only 2 of these 3 competitors are EV’s but it only made sense to include the best selling truck of all time and the best selling vehicle in America, the Ford F150 in the mix too.

The Cybertruck, in its tri-motor trim is said to tow as much as 14,000 pounds, which beats Ford’s most capable 2 wheel drive, SuperCrew 3.5 liter Eco Boost which can haul 13,200 pounds.
The Rivian R1T claims it can haul 11,000 pounds with the Bollinger coming in last place with ability to haul about 7,500 pounds.

The Cybertruck is expected to lug about 3,500 pounds in its bed, while the F150 can carry as much as 3,200 pounds, while the Rivian starts showing some weaknesses here not only in its starting price but also payload with the ability to carry about 1,700 pounds in its bed. The Bollinger finally flexes a little muscle here, especially considering the price point with a whopping 5,000 pounds of payload capacity which beats everyone else handedly.

Check out Fords bed length. It offers an 8 foot bed length, which only Tesla really comes close to with 6.5 feet. The Bollinger and Rivian come in third and fourth respectively with 5.8 and 4.6 foot beds. Although its important to note that Bollinger’s design allows for its bed to intrude into the cab which actually increases its bed length to a little over 8 feet but again that’s with its rear seats down so we’ve decided to list its seat up bed length number here.

As far as range, the numbers are also pretty competitive across the board for the EV’s, minus the Bollinger which is only expected to net 200 miles of range, and of course the F150 and its 26 gallon guzzler can get you over 800 miles of range.

The Bollinger stands out because of its incredibly high price point and limited range, but if you’re in the market for a dedicated off-road and rugged pickup truck the B2 might be for you, but to me I just can’t see the B2 eating into any significant number of sales from the other trucks on this list.

The Rivian R1T kind of gives you the best of both worlds when it comes to having the luxury or modern and advanced techie feel that the Tesla offers with a more mainstream design at least when it comes to shape and form factor. But the price delta between that and the F150 are so far apart that its hard for me to think the Rivian is taking any significant chunk of buyers away from the F150, but it definitely competes with Tesla. 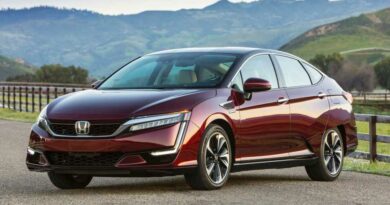 Honda Clarity Going Out Of Production Due To Weak Demand: Report 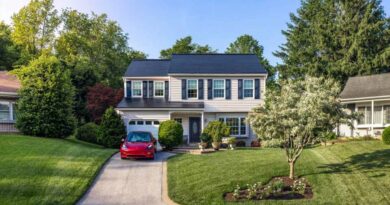 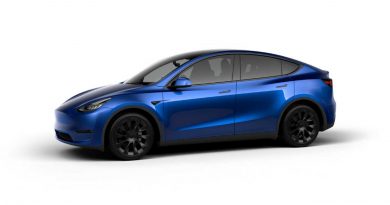